A slow and steady spring. 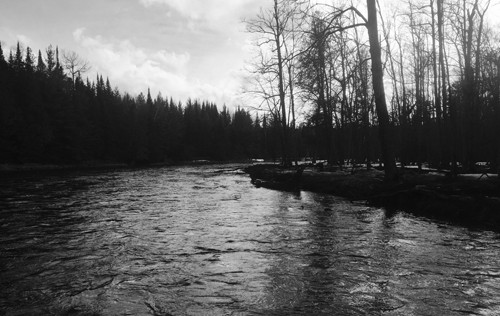 We sure have been enjoying a nice, steady spring. Slow and steady. Slow…

Ah, it’s actually been a pretty good one. The rivers are low and clear and in great shape. The streamer fishing has been both inconsistent and wonderful, or inconsistently wonderful…I can’t tell which. But I do know that it beats the pants off last spring and the forecast — both short and long term — is great (even I only half believe one, and don’t believe in the other one at all.) This very pleasant weekend and week following looks great enough to start not just the excitement of spring, but spring itself. And with it the start of the #18 olives, and the chance at seeing a trout or two rise. The higher water temperatures should push fish out into the main flows, where anglers will have to wade quietly and make their nymph drifts count if they want to catch these very spooky spring trout. 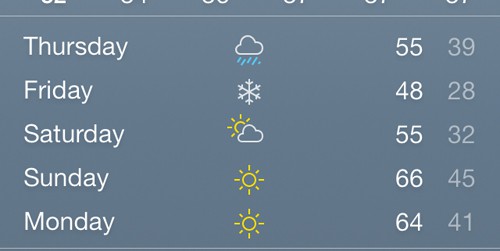 This is a good thing

The streamer fishing has been fun. I actually had a chance to get out and do a guide trip. Gary and I worked on his streamer casting, moved some trout, and had some brief connections. His twin sons did well with Matt, landing one fine brown. They loved it. Gary fished all day without a winter hat, and somehow I didn’t have to hand him his frozen, detached ears at the end of the float. We kept them out until momma called and said the venison roast was done and when would they be done?

“How much longer?” Gary said.

We love it too.

On the row out we passed another boat. Rob later sent me this picture: 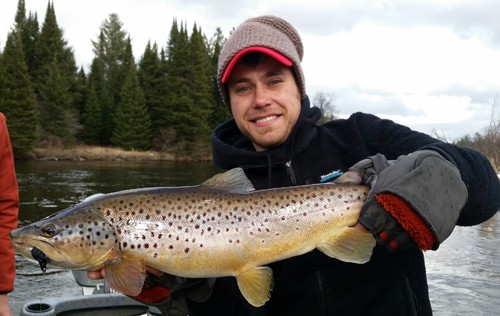 Three boats. Two trout. A handful of follows, chases and swipes. That’s spring streamer fishing — especially early spring streamer fishing. But even this past weekend was full of stories. Dave’s 20 inch brown to kick-off the season. A skunked Saturday. A great Saturday. Chris, staying at the lodge, managed a big trout on his very first cast of a float. A couple of anglers (finally) found some trout willing to eat nymphs. Honest reports of olives.

We have a few rooms still available for this weekend, and guides available as well. Early spring is fun, kind of like November without the threat of snow. It is one of the very best times of the year to get in a boat and float with a guide and wear out your arm and look for big trout. If you want to try it, send us an email or give us a ring. We’d love to draw you map to some fishing, pair you with the perfect guide, or simply host a relaxing weekend by the river…

We’ve been working hard at the lodge. There are many exciting changes coming. The feeling isn’t that the season is about to begin. Rather, that it’s begun.