It feels good to talk about dry flies 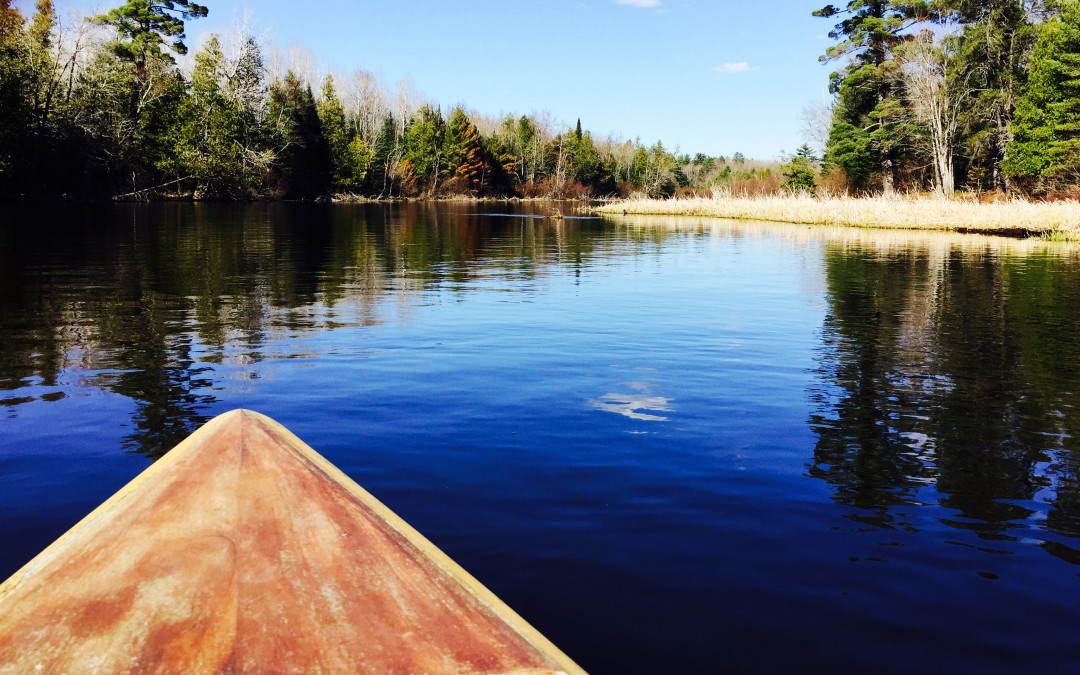 Nothing says spring like the hendrickson.  A subtly pink fly that embodies the pending bloom, it typically hatches during the warmest part of the day.  It’s a meaty fly, with wings to my eyes are held at lower angle than olives that often hatch with them.  At their best, they are almost without daytime peer on the Au Sable (the Isonychia on a cool June day might contend), offering blanket hatches and drawing large trout into the current.  At their worst, the hendrickson cruelly suggests the euphoria that potentially might enrapture the angler if only the sun wasn’t so bright, the winds so strong, the water temperature too cool, etc.

We’ve had a lot of that wrong stuff: high skies, borderline water temperatures, and so on.  But we’ve had enough of the right stuff to get some small fish looking up, and keep me sitting on riverside logs at 3 pm.  We are about five days into the hendrickson hatch on the upper rivers, and the best is still yet to come.  This weekend should offer one or all of the following:  spinner falls, strong hatches, maybe the first big burst of black caddis.

I’ll take any one of the three.

Success has been found by, yes, stalking and fooling rising trout.  The guides have had some of this.  But a few have been doing well by swinging soft hackles and fishing nymphs straight through the hatch (the thought here is obvious: “if they won’t eat a floating mayfly, why would they eat my floating imitation?”)  A few days ago, I caught a couple of small trout on dries, and then tied on a nymph and caught two good browns on nearly successive casts.  Yesterday, Curtis took a nearly 20″ brown swinging a soft hackle where, the day before, he’d seen a large trout — presumably the trout he caught — attempt to eat a pine cone that had just fallen from a tree.  You can’t make this stuff up!

Opening day came and went, a great time of meeting with friends, celebrating, and for a few, fishing.  I had the unexpected experience of heading to the river to get a picture of someone fishing and being unable to find a fisher to photograph, though I did see a trout rising.  Being with camera and without waders, I left!

Opening day, anglers often say, is like Christmas.  It’s a time when we start to open a present that lasts for quite some time.  On Saturday, an anonymous gentleman bought a rod/reel/line package and told us to give it to a young angler.  Well in walked Connor and his grandpa looking for, of all things, some San Juan Worms, having witnessed an angler catch a trout one one.  They left with a half-dozen San Juan Worms, as well as the new rod/reel/line.  The coolest thing was that Connor immediately put it to action, fishing with his dad and grandpa.  It’s fly fishing — cool things happen. 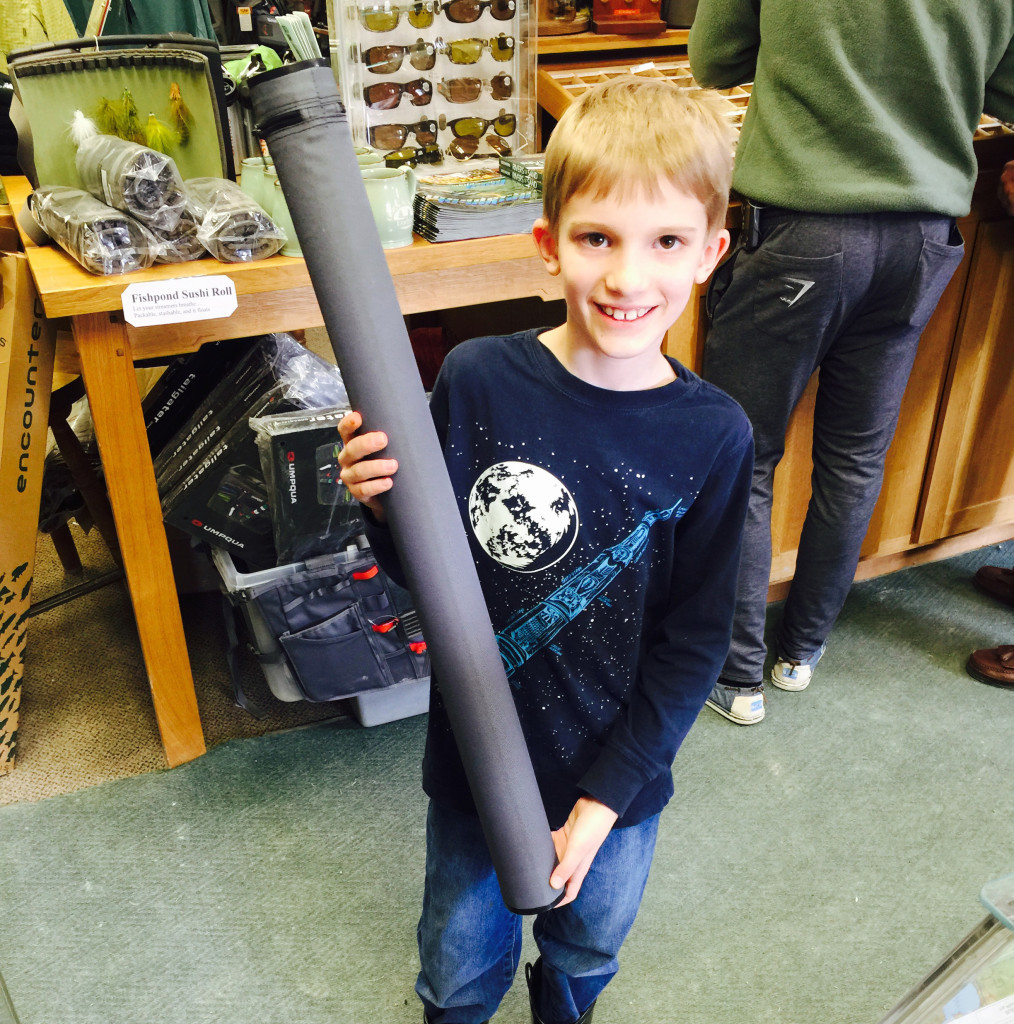 I think a part of my job is to be optimistic about the fishing, but it’s not a put-on.  I usually am optimistic in general about fishing.  I’ve fished the last three days and to tell the truth, it hasn’t been that great.  I’ve seen fish rise every day.  I’ve seen fish caught every day.  The guides have done well by covering water and watching for risers.  Nice trout have been caught by fishing carefully using a variety of methods.  But in general, the catching has been slow.  Given the bright conditions and cold nights, that isn’t too surprising.

But this weekend offers an exciting change.  I think we’ll see, maybe, the first pop of caddis.  I think we’ll see hendricksons hatch in large numbers.  I think there will be a spinnerfall or two, maybe in the same day (morning and evening).  We should see hendricksons below Mio (currently they are confined to the upper rivers), and widespread and gaining steam throughout the system.  The rivers are in perfect shape, and even the South Branch is very wadeable. 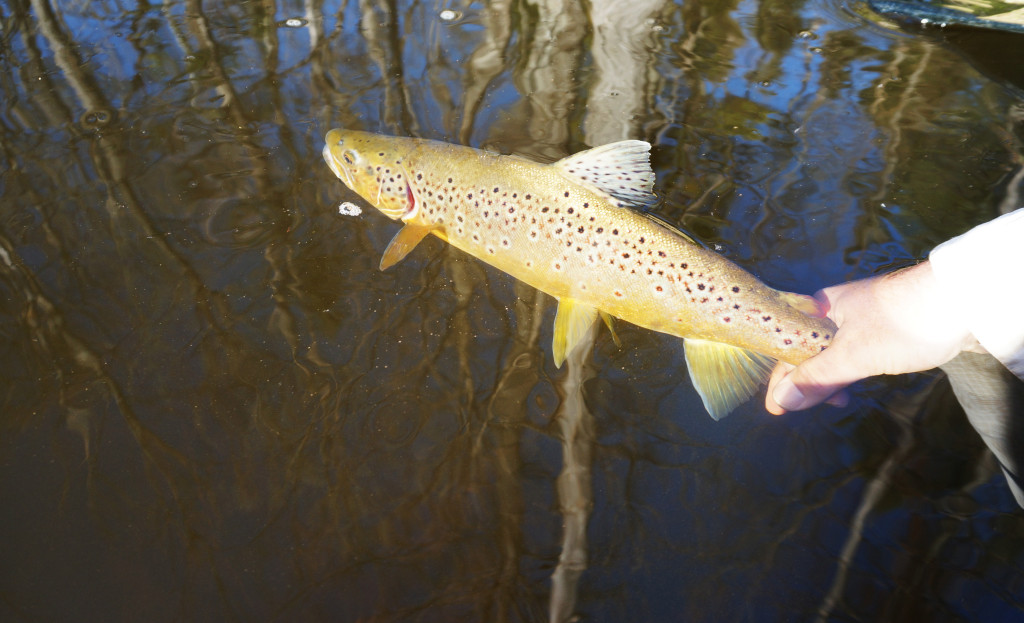 It feels good to talk about dry flies.

Read below for more news and notes.  And check out Chef Matt’s blog here.   Great weekend to eat outside along the river.  And while we’re talking food, try The Rio and Chicken-on-a-stick: my two new favorite items on the to-go menu.

Buy Sell Trade, May 2, 9 am – 1pm: We love to deal in used goods and collectibles.  There’s history in everything.  We are interested in:

-Helping you appraise and explain the origin of your items

We offer these services everyday, but do like to have actual open houses.  This Saturday will be our first of the season, from 9 am – 1 pm.  Steve Keim, an expert on collectibles, will be here to answer questions, consider trades, and talk shop.  It’s a great time!

More fly fishing classes at Gates Lodge: We thought after five years of offering fly-fishing schools, the demand would decrease.  The opposite is true: our original offering of classes has either booked up, or is booking up quickly.  So we added some more.  Check out the Wet Fly/Dry Fly Class on May 30, and a second Fly Casting Essentials Class on June 6.  Mark Hendricks has taught hundreds of folks how to fly fish — many have now become Au Sable regulars and consummate anglers.