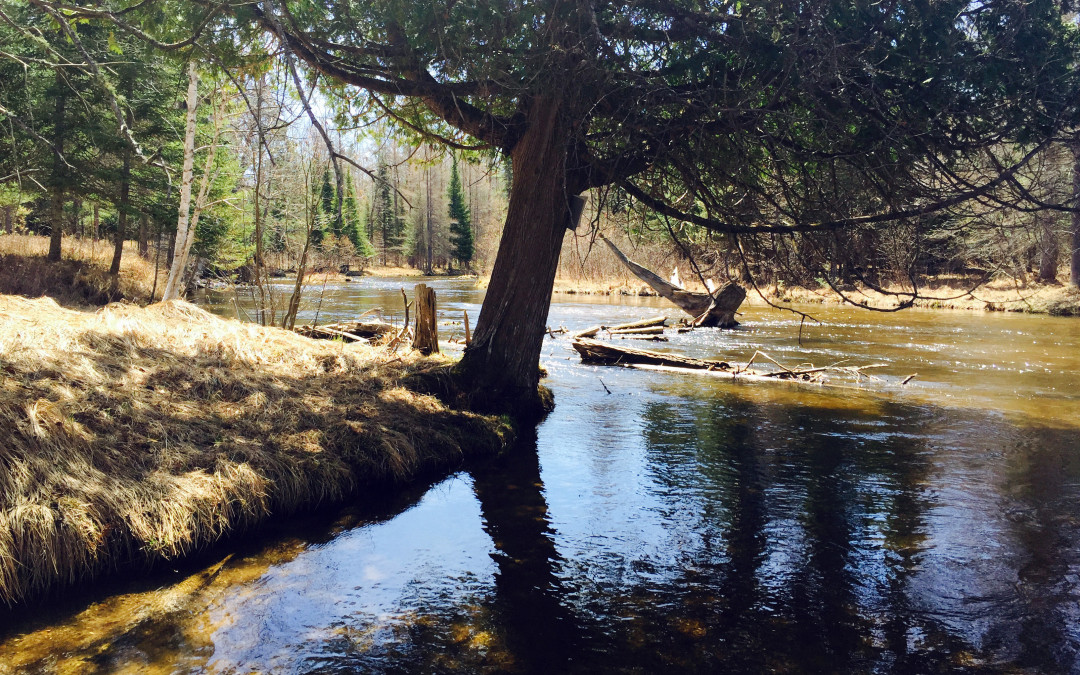 We experienced some fantastic snow showers today from the warm confines of the fly shop. The boys from Escanaba stoked the fire and played cribbage and watched baseball.   Us shop guys (and gals) stocked the shelves. A few of the brave headed to the river and reappeared, red-faced. There is a difference between disappointment and unhappiness.

It’s April in the fresh flower shoots poking through the spring snow. The olives we’ve seen. The first mayfly rises downstream of room 17. But it’s very much winter as well. The few Hendrickson reports from the warm weekend were scattered and insubstantial. The rivers are cold thru the waders. If anything, the hatches are lagging behind even last year. But the fishing has been better, for the most part, and the rivers are wadeable – again, for the most part – and the forecast is for warm and warmer. It won’t be an Opening Day of boundless rises.   Maybe very few rises. But it will be fun. 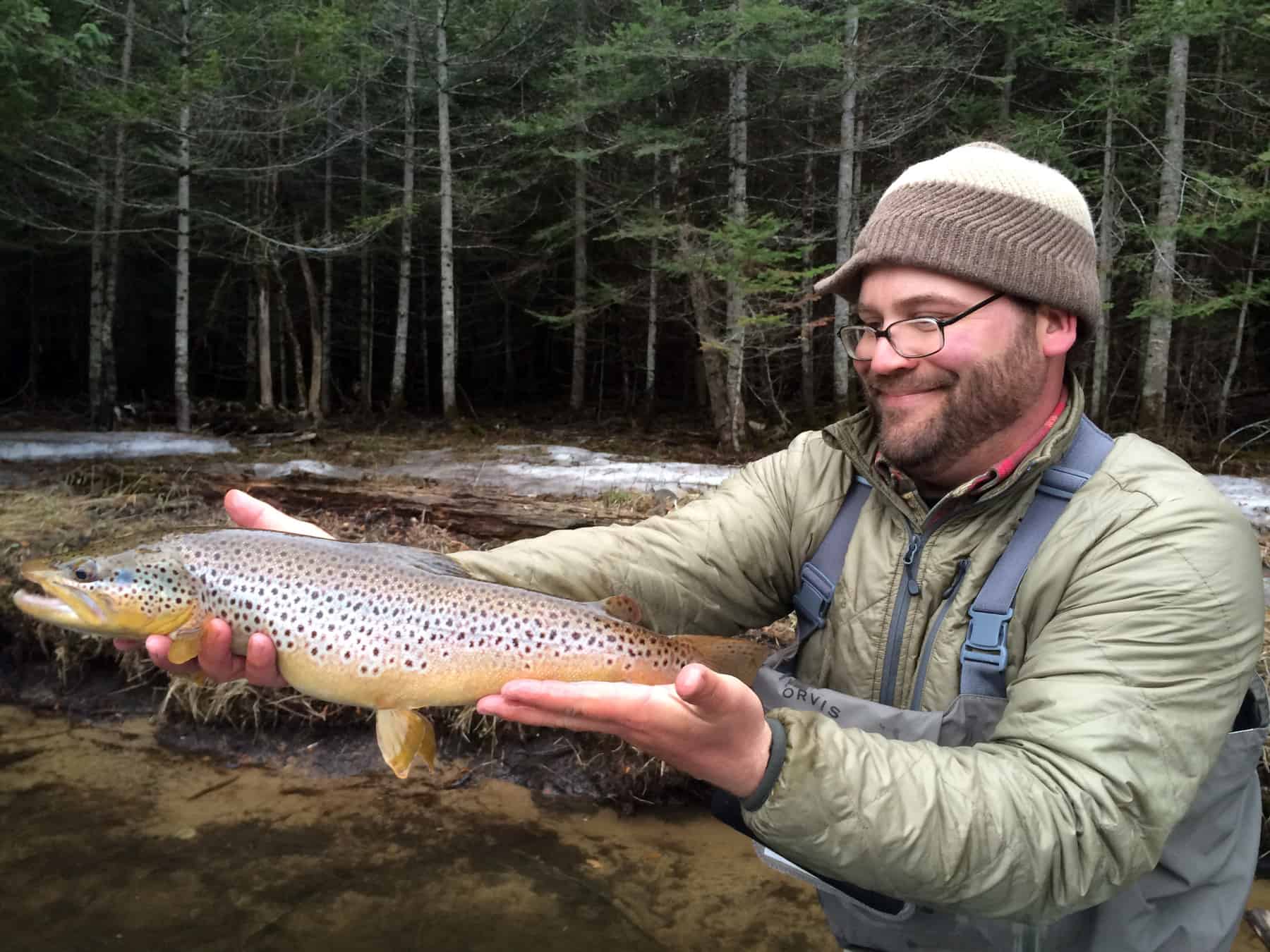 The guides and their clients have done well – and worked hard – to find what they’ve found. That is, one or two or three big fish willing to chase – and eat – a streamer. Curtis and I had a bet as to whether he’d see a rise on his float. He saw a rise (and caught a dandy on a streamer)…and was happy to pay up.

Great stories are traded over a cup of coffee. Earlier this winter my friend John and I went nymph fishing. John is a crack streamer angler but wanted to improve his nymph fishing. The day we went was slow to say the least but he stuck with the nymph game, worked on his technique over the subsequent visits, and this past weekend landed a 20-inch brown on a bright sunny morning with a strong east wind. The nymph fishing hasn’t been as good as I thought it might be, but sticking with a few good runs and really working the drop-offs will produce, eventually. Fluorocarbon is worth the money (there’s a quote in the recent Trout Unlimited magazine about Wheatley boxes: “you don’t buy a Wheatley, you invest in a Wheatley.” The same could be said for fluorocarbon!)

This past week, blues man Keith Scott stayed at the lodge between gigs. He headed to a very public access and had this brown hammer his streamer. While he fought it, a second brown of equal length chased the one he had hooked! He sent me the photo from the stream, and I asked when he caught it. He was like “Just now!” Gotta love technology. 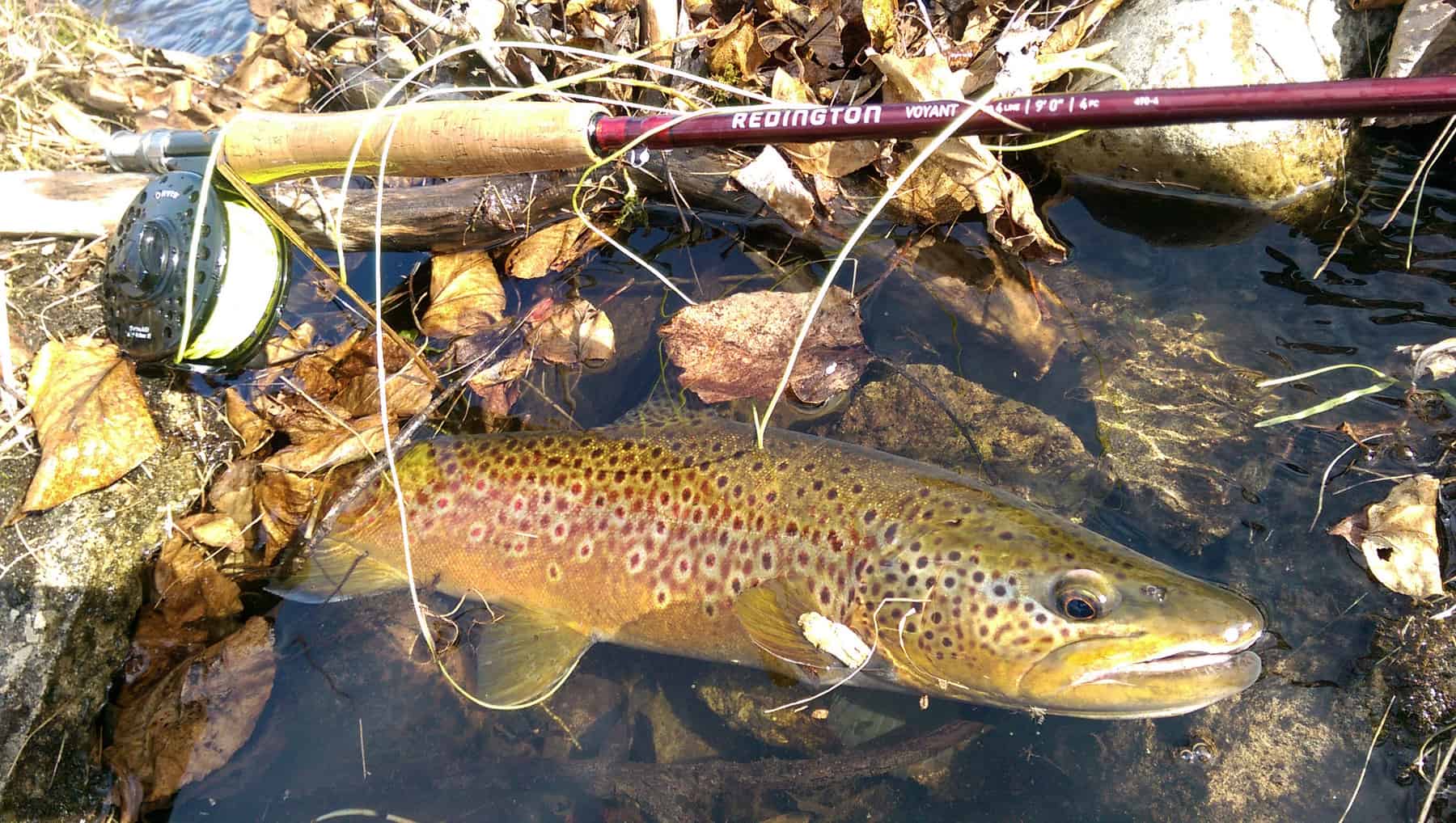 There have been some good streamer days, some slow ones, some dead ones…and some great ones. What makes one better than the other? I don’t know, exactly. One day, when the river and its anglers were battered by an east wind, the catching was good. Black was the magic color that day. The next day, it was white, then black when the sun came out, and then yellow as the overnight rain finally started to stain the water. Everyone has a general rule as to what streamer to fish when. My general rule is clear water, black streamer. Tannic water, copper or light olive streamer. Dirty water, yellow or white streamer. I also like white streamers right before dark. But again, this is a general rule, and the exceptions to it are so great they probably render the “rule” useless. But it’s a starting point for me. 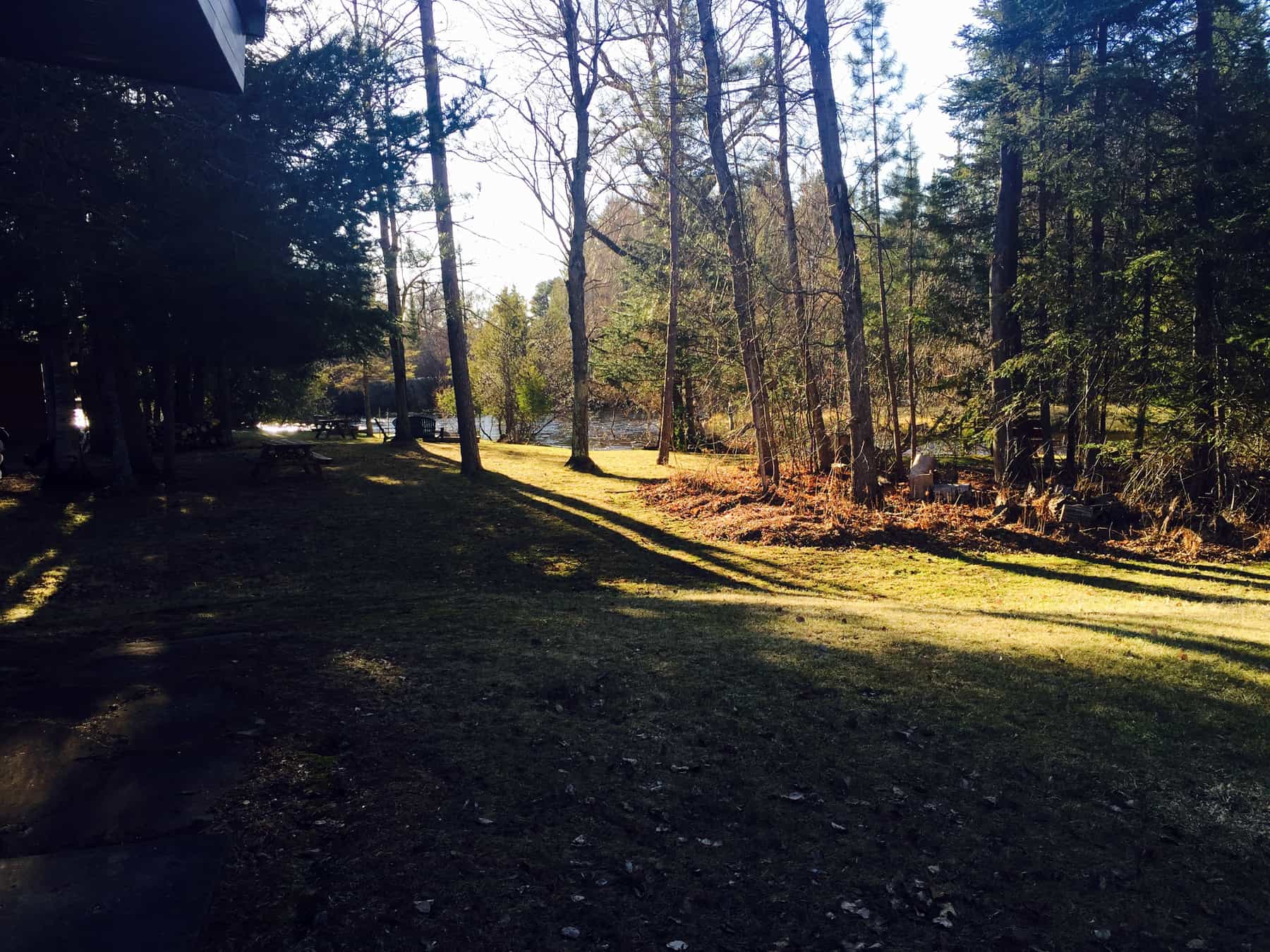 We’re looking forward to a fun weekend. We’re already seeing old friends, and with each handshake and reconnection the past winter seems to grow shorter in memory, and truly the new season seems at hand.   There are new creeks to explore that will be legal to fish on Saturday.  Trout lakes that might offer new vistas.  Stretches of stream that haven’t seen a fly in half a year.  The challenges of a river shaking off the winter aren’t always welcome – especially not in late April – but the wadeable water and the fine temperatures are the right opportunity to see if you can imitate what a trout wants to eat, and when it wants to eat it.  It might be the olives we’ve been seeing for the last ten days (size 18, and a big 18 at that, and persistent and absolutely capable of enticing fish to surface feed), and then again, it might not.  And even if it’s not the exact dry fly challenge that we hoped for, it’s a fine challenge all the same. 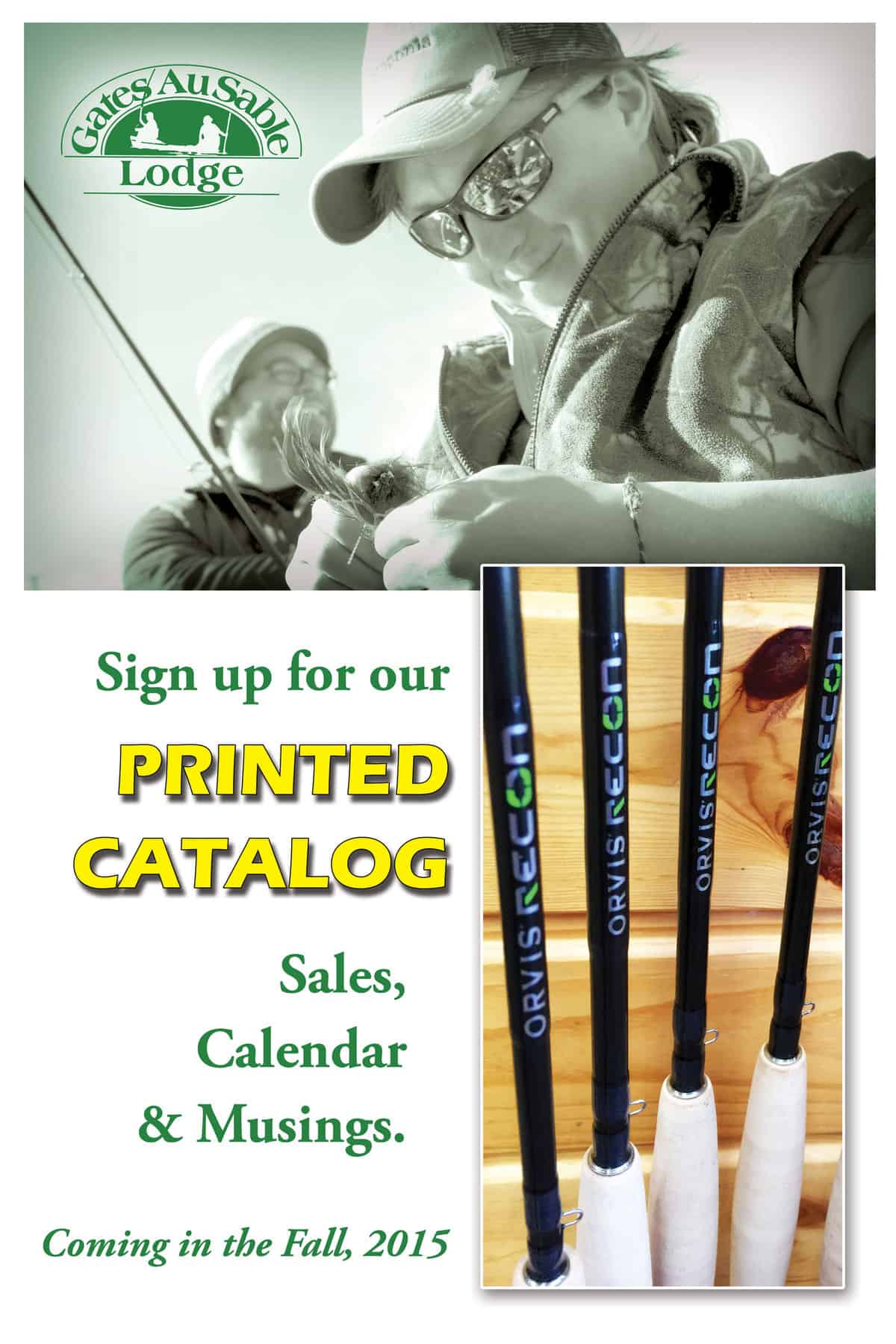