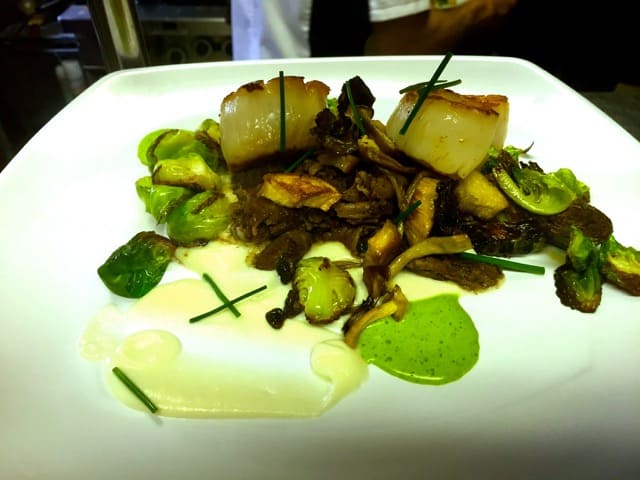 The trout themed calendar hanging by our point of sale system says that spring began on March 20th.  Those of us that that have been anywhere near Michigan during that time know this is total bulls***.

We’ve seen snow in May.  We’ve had icy puddles in June.  We know the truth.  March 20th may mark spring south of the Mason-Dixon line somewhere.  It’s probably where they shoot Budweiser commercials and somebody’s grandma invented iced-tea.  In the Au Sable river valley, we still had plenty of snow pack and frozen pipes.  If a commercial was filmed here, it would be for cheap, desperate whisky.  At least in March.

So when does Grayling spring begin?  Dry flies, especially the Hendricksons, mark the start of spring for many of us at the lodge.  The thawing and subsequent occupation of trout camps on opener certainly count for something too; but for me, spring starts when Chad Fath shows up at the Lodge with a bounty of morels so fresh they seem to shimmer, awash in living tastiness. 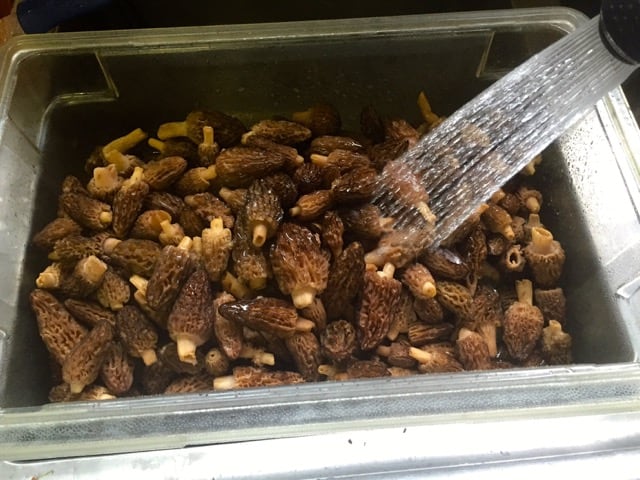 Really great ingredients should be treated as simply as possible.  For morels it means carefully washing them at least 5 times by submerging them in water, gently agitating them, and pulling them out of the water like a child from a bathtub, leaving the dirt and sand behind (this is also ideal for lettuce, leeks, etc.).  Do this until you would drink the remaining liquid with confidence while recognizing the detritus isn’t dirt, it’s small flecks of mushroom flesh.

After they’re clean, they are very gently simmered in water and a little salt.  They are strained and the remaining liquid is reduced until I can’t stand it anymore, about 85%.  The cooked morels are reheated in this liquid with enough butter to make Paula Dean blush.  Chives and a tiny dash of sherry vinegar and you will have one of the most delicious things a person can eat.