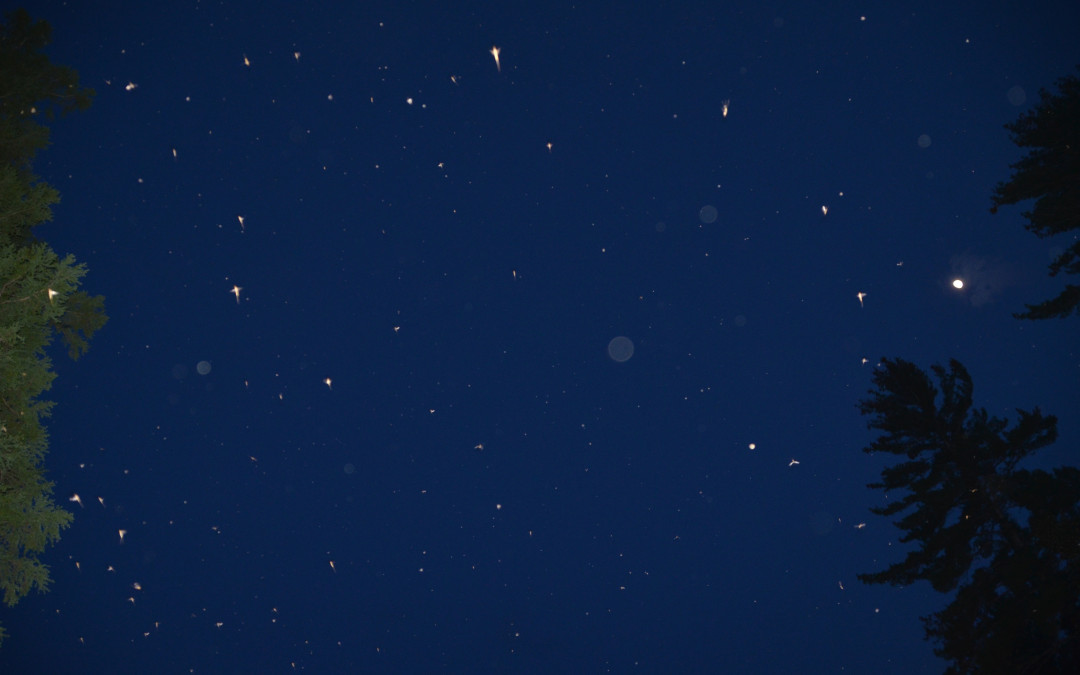 06/03/15 I sometimes think that if chasing drakes wasn’t fun, it would be the hardest job in the world. They can hatch or spin at almost anytime. They wink on and off throughout the river system. They are more infestation than hatch. And they are such an overwhelming force that they can almost single-handedly end the fine fishing provided by the sulphurs and stoneflies. Which is fine, because the fish are eating drakes. And so you go chasing. You dodge and dart throughout the county, chasing faint leads and yesterday’s news, through bogs and cedars and dead-end trails. Sometimes – enough of the time – you find a big trout feeding. These trout may not be as easy to catch as you might remember, or think they should be. 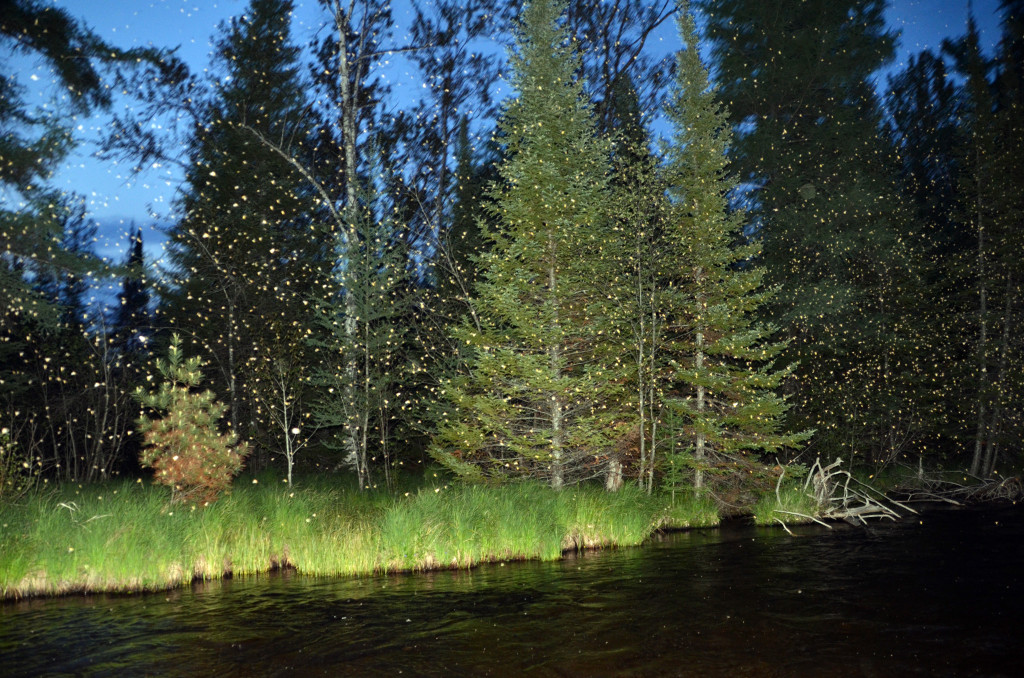 It is in every way drake season on the Au Sable. The brown drakes have spread throughout the river system and will be on the Manistee as well heading into the weekend. The drakes are mixing with the Isonychia (#10-12 gray-olive bodied with white legs as a dun, mahogany with white legs as a spinner), which will become as important if not important than the brown drakes. Some fish will be eating drake spinners. Some will be eating emerging Isos. Some will be eating the #14 Borchers, or stoneflies. A few might be sipping sulphurs along a soft edge. The opportunities have been many. The success has been up and down. I watched chef Matt work a trout for an hour last night. It was awesome. And the final take – and loss – of the grand trout only fueled the fire. He’s sitting on the bank right now, waiting, as I type this.

I’ll be there soon enough. This time of year hurts the sleep cycle. Wake up at 5:30. Open up shop at 6:30.   Talk fishing, etc.   Try to squeeze in afternoon nap. Fail nap due to non-stop cycle of potential fishing spots for that evening. Head back to shop. Close up. Go fishing. Fish. Wait for hatchers. If no hatchers…11 PM return. If yes hatchers…1 AM. Repeat. As I see it, there isn’t another option. What am I supposed to do, skip drakes? 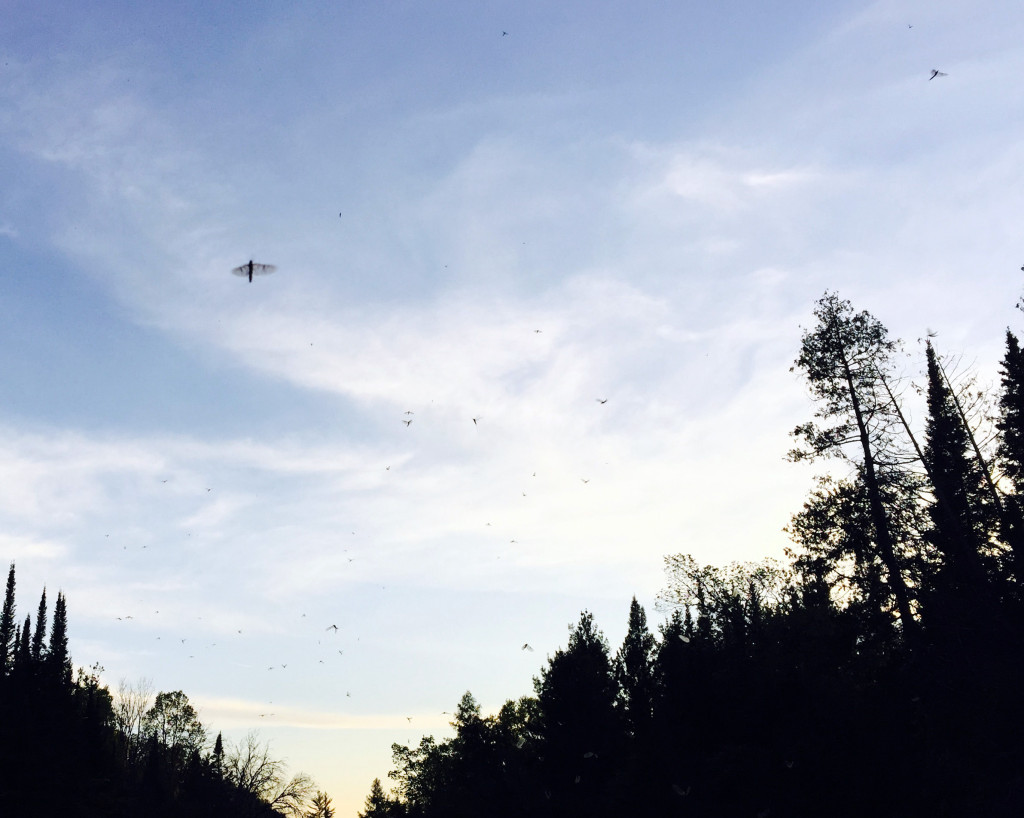 There are many just like me. Squeezing in work in the board room. Tapping like crazy on cell phones. Trying to hold their other life together as they enter the dream cycle of rising trout and big mucky mayflies.

There’s so much going on right now. The river is truly alive, from morning drake spinners to mid-morning caddis and sulphurs, to stoneflies thru the day (the best fishing yesterday was on the midday stonefly according to some anglers), to Isos at 7 pm, to brown drakes and Borchers and even a few gray drakes. The warmer weather should push everything toward dusk and beyond, which might actually make the fishing easier. A drake spinner at 8 PM can be tough to fish. The trout can see the whole thing with liquid clarity. At 10 or 11 PM, the tables are in favor of the angler. The trout is less choosy, and the angler can get closer to them. Our ability to see the fly becomes less important than the trout’s inability. Their lack of caution trumps our own deficiencies, and many a night is made not because an angler finally chooses the right fly, but because the trout – so hard to catch at 9 pm – is, if still rising, much less choosy when the lights go out.

June is here. There’s nowhere I’d rather be in the world than near the Au Sable or Manistee for the next month.

Check out Chef Matt’s blog and info on our post-spinners charcuterie plate!