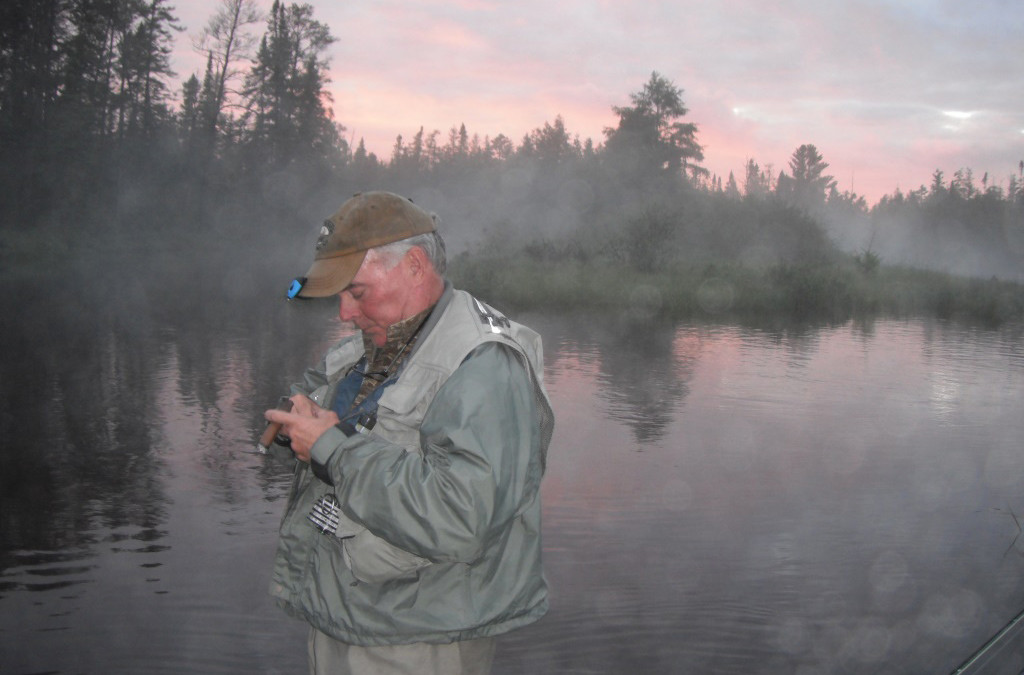 07/01/15  Usually around this time of summer I take a few days to let the waders air out.  This is an important step, a symbolic component of the fishing season.  It means that the season of the chase has ended, and the season of the explore and enjoy has begun.  We spend May and June hunting hatches across two rivers and multiple branches of each, stitching the county together with gas charged, without second thought, to a water-damaged credit card.  Sure there are plenty of hatches to come, and some are important and seem to be a main event of sorts  (the olives, the tricos, the white flies).  But none of the late hatches stimulate the nuttiness so common in June.

It has been very good so far. 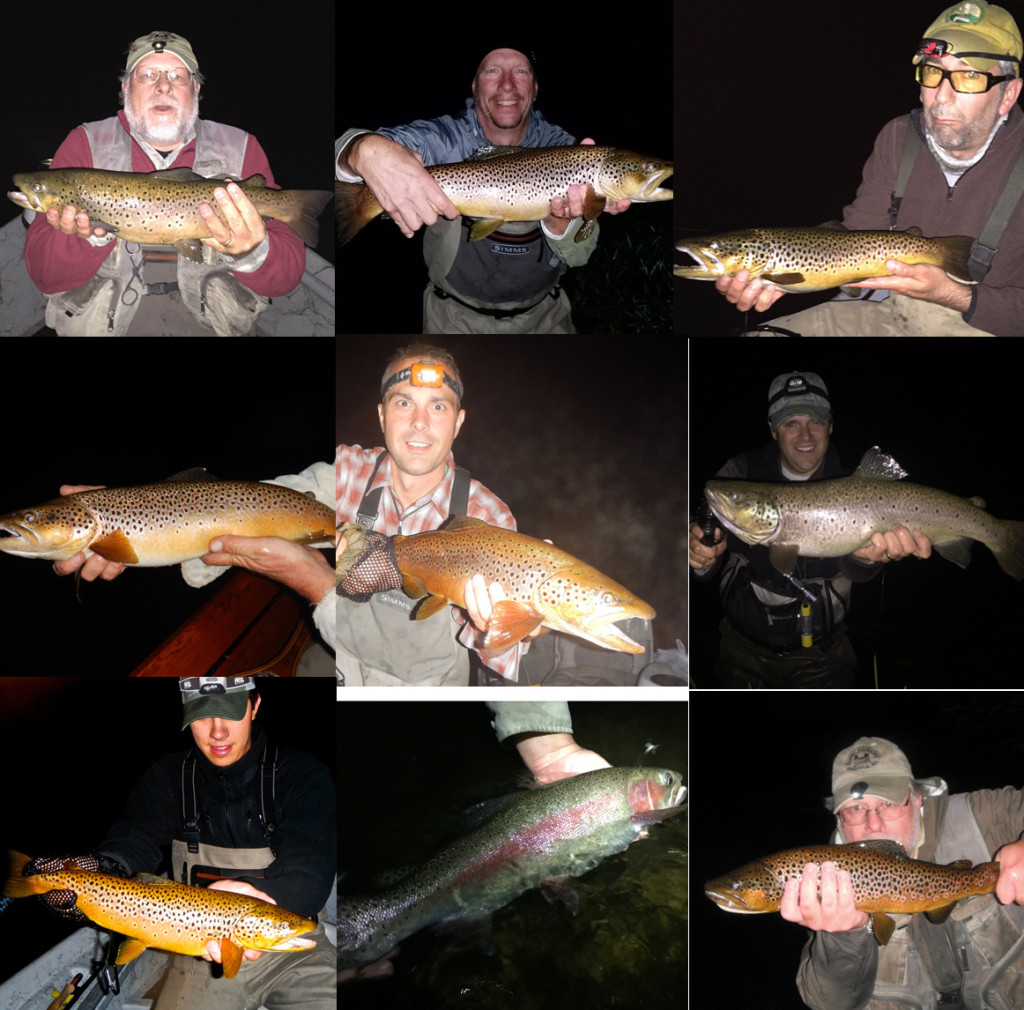 And it’s not over yet.  And so the waders, perpetually damp, sit in a clump in the truck bed next to the also-damp sling pack and two rods rigged for the evening rise.  The hex hatch has stalled a bit with the cold weather, but enough bugs have been hatching the last few nights to lead me to think that the warm holiday weekend will offer a second wave almost but not quite the size and grandeur of the first.  By now the trout are picky.  There are no spring chickens left.  And the spinnerfalls will be moderate thru much of the system.  But it’s still on, and good, and over the next week there will be some good night fishing both on the Au Sable, and especially on the Manistee.

For the guides, this means burning the candle at both ends, taking morning trips and then night trips as the season transitions.  The bugs of the second season have begun to arrive: the cahills, the olives (#18s and #24s), the stones.  But they are overlapping with the Isonychia and hex.  This leads to a great mix of opportunity on the river, with small flies during the day and big bugs at night. 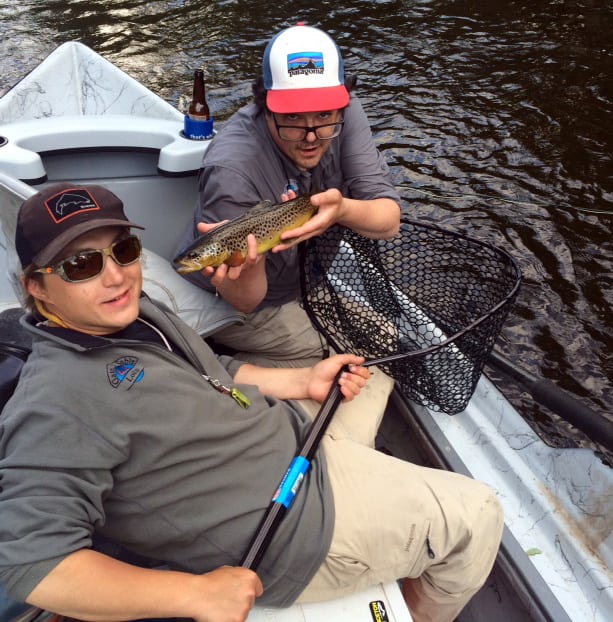 Jordan and Matt with a nice early evening trout

As far as bugs hatching, perhaps no season is more diverse than the first few weeks of July.  A short float down the river tonight with my dad, and we saw brook trout leaping after microcaddis in the backwaters, yellow stones, brown stones, Isonychia hatching and spinning, cahills, olives, and a single, lonely hex.  We passed an angler catching trout by swinging a nymph.  My dad caught the slam — the last a fat, low-teen, leaping rainbow — fishing different iterations of the Isonychia.  I think we would have moved some fish on streamers.  Max “the Laser” Palese caught this one on a streamer yesterday: 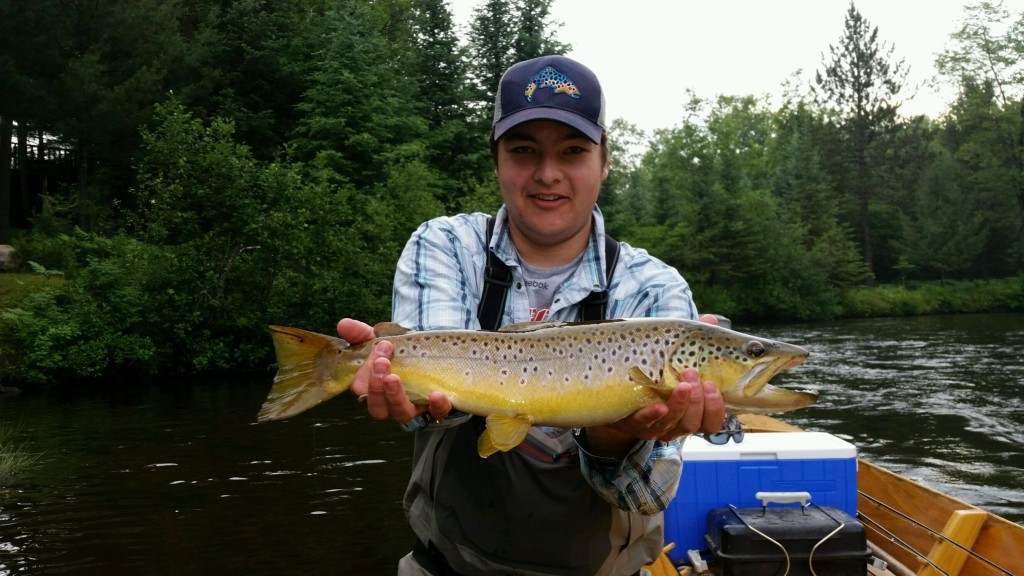 July is the most underrated month on the Au Sable.  It is too often associated with frolicking canoes and stubborn trout.  Both these things can be true at times, but I think of July as 24 hours of fishing.  July is the best attractor fishing of the year, and the trout — without the big bug hatches of June competing for stomach space — are willing to take that one-off shot at eating something big along a log at 3 pm, or 7 pm, or 6 am.  This is skunking season.  Foam and rubber legs.

This is also dry and dropper season.  Fish that same foam fly, with a beadhead 24″ underneath.

It’s the start of terrestrial season.  Ants.  Beetles.  And, especially, deer flies.  Rusty’s SRB and the Awesome are staples.

It is a fine time of year to hit the river on a warm dawn and fish streamers.  The highest activity period of a trout’s year occurs during July mornings.

And it is hatch matching season, with a huge variety of bugs of all different sizes hatching throughout the system.  It is very possible to catch a trout on 8x and a #26, and then, an hour later, be casting a #6 hex on 2x.  To me, the river never feels quite alive as it does in early July.  Just having lunch on the dock at the lodge reveals trout on the feed.  A few trout eating nymphs behind a weed bed.  Another leaping for a damsel fly.  And several in the main flow taking olives.  You can feel time slow as the angst of being in the PERFECT place at the PERFECT time starts to wane.  New horizons appear as we keep enjoying the old ones.  It feels good to be a fly-fisher.