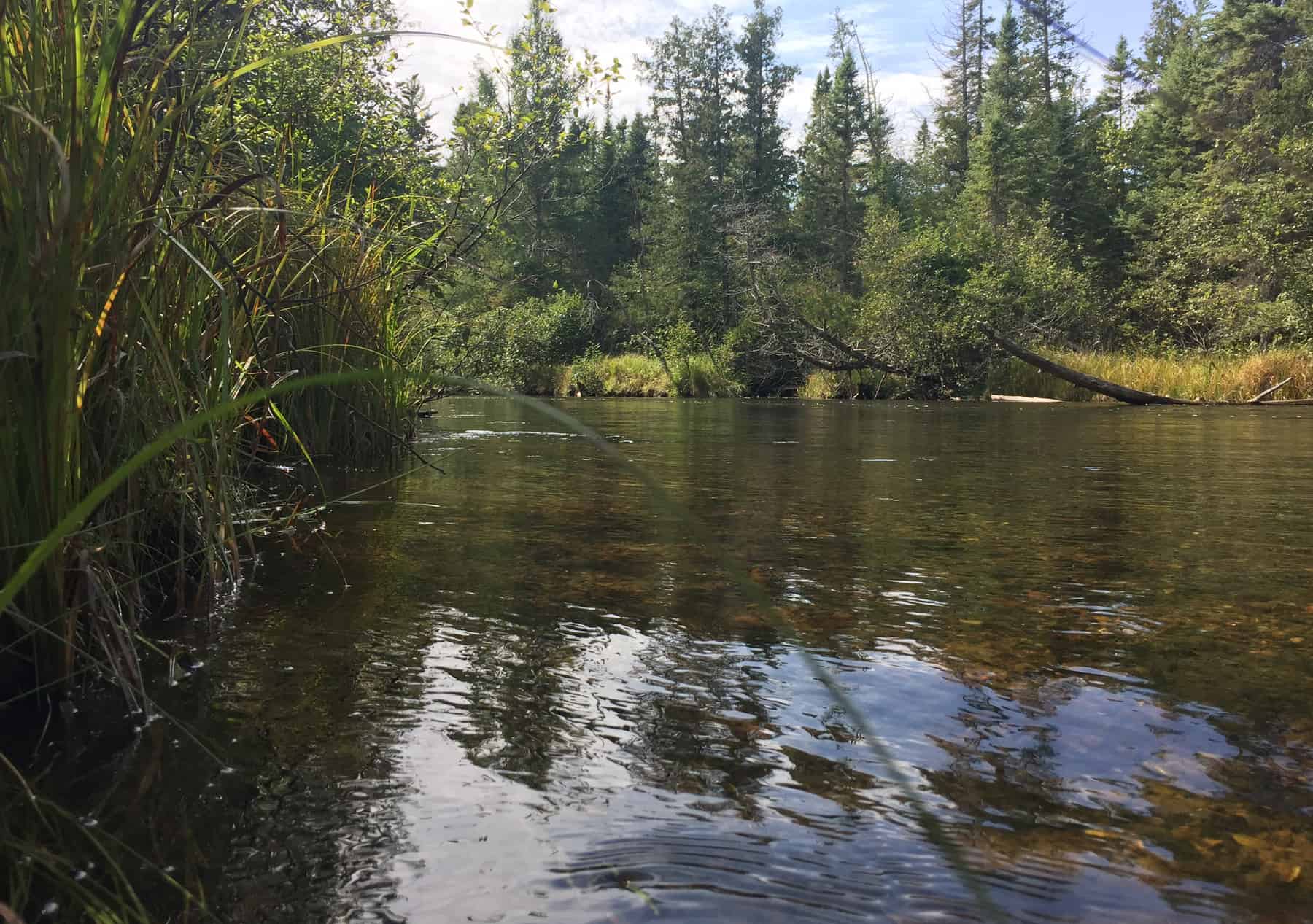 09/16/2015  Before getting into the fishing…  If you’re pondering heading north this weekend — or already are — consider pitching in a few hours at the Manistee River Cleanup on Saturday, September 19, 9 am, at the Ol’ Barn on M-72 (west of Grayling, east of the Manistee).  You won’t miss much fishing, you’ll get to help the Manistee, and you’ll get a barbecue besides.  Show up, and they’ll have something for you to do.  Have a kayak?  Bring it!  There are walking/wading beats, boat beats, on shore cleaning, stump moving for future trout habitat, and cedar tree planting.  Again, everyone is meeting at 9 am on Saturday, September 19 at the Ol’ Barn, and lunch and refreshments from 12 pm to 2 pm.   Need more info?  Email the Upper Manistee River Association at [email protected] 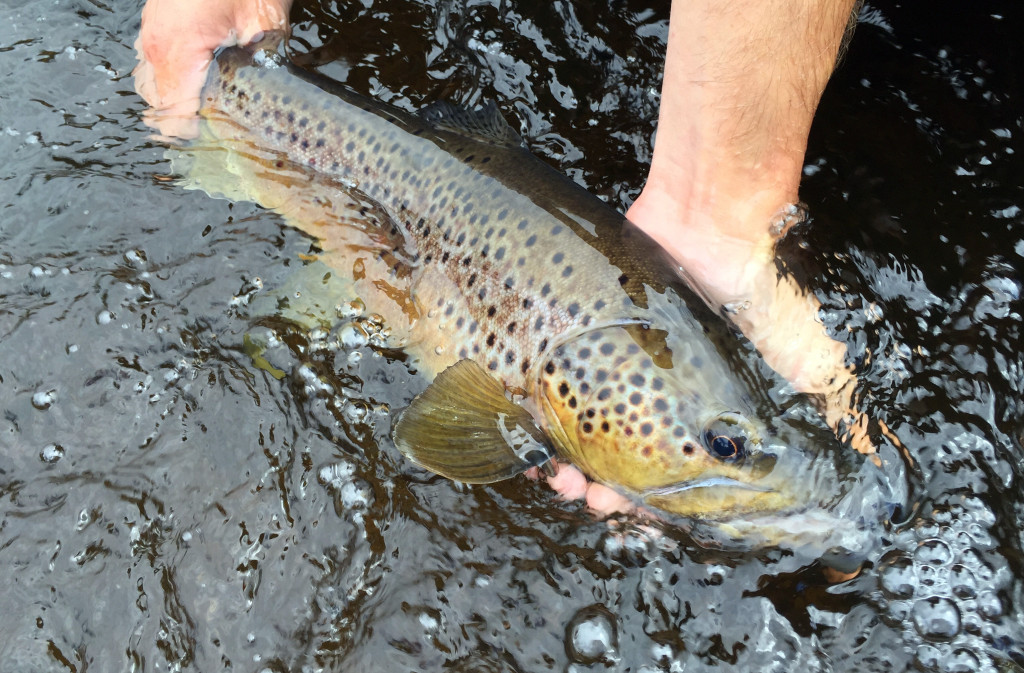 Okay, it’s probably not fair to post some beautiful pre-spawn brown trout this early in the season.  It is a gross misrepresentation of the typical September bluebird day fishing we’ve had.  But they’re so darn pretty. 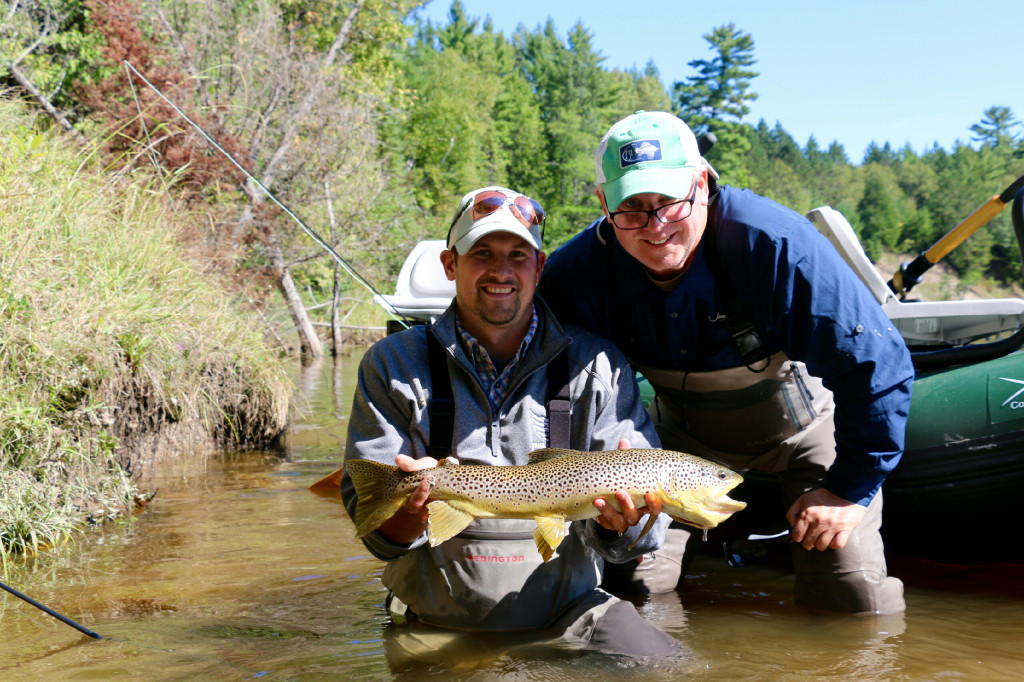 Bill noted this trout has a double chin!  Kevin and Pat teamed up on this dandy

It has been pleasant.   The fishing, too, has been pleasant, but not always easy.  On top: Adams parachutes, ants, Patriots, small Royal Wulff’s, BWOs, and even some rubber leg stuff.  For droppers: Gidgets, Copper Johns, and Pheasant Tails.  For streamers: small, and on comparatively fine tippet (2x to 4x, depending on how heavy the fly is).  When it gets warm in September, don’t hesitate to put on your waders in the dark and hit the river at daybreak (about 6:45 am).

We launched a boat down a quiet, moody stretch of night-river.  The sky was clear and full of stars, satellites, and meteorites.  The river was alive.  Jordan moved a fish immediately.  And then another.  And another.  I was in the front, and wasn’t moving anything.  Twitch it, he said.  So I twitched it.  And there they were.  Two on the inside of Phil’s bend.  One over the brookie riffle.  A big one down by the barking dog.  Final score: trout=10, anglers=0.  We had ten blow-ups/tugs/explosions…and one great big leap.  Away from our flies we heard a few fish slash and feed.  The river was palpably on, the way a trout river speaks a language that, while foreign, is also unmistakable. 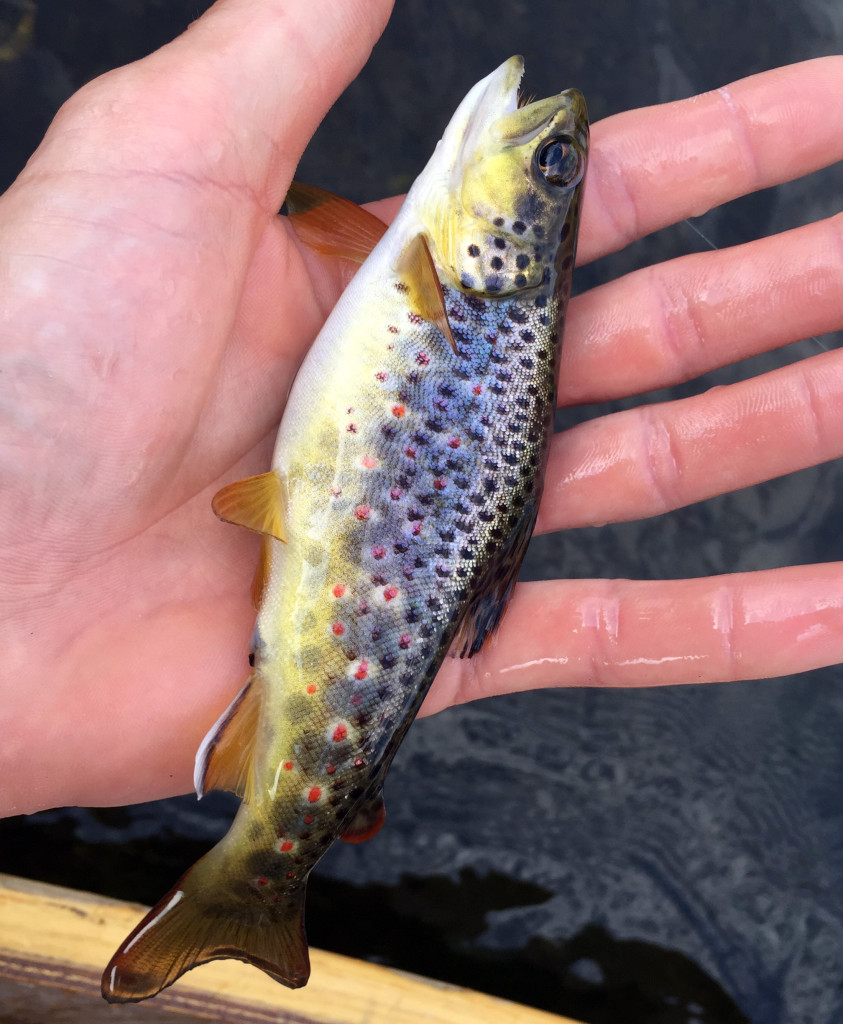 I’ve felt a bit lost during these 80 degree afternoons.  And while non-anglers hope for a beautiful weekend, I want the meanest cold front September can throw.  Because the timing is right for some excellent streamer fishing.  Because the bird dogs are driving me crazy wanting to hunt.  Because the afternoon #20 olive have started hatching and just need some drizzle to keep them on the water long enough for the trout to get in a rhythm.

So the forecasted 62 degree day on Saturday, with morning rain, is as exciting to me now as it would be in late April.  The season in Michigan opens and closes more or less identically, but this mirror image makes the end of the season no less exciting than the beginning.

It’s time to think of fall.  To clean out the vehicles and prepare for the nuances of the big cool down.  The rush of brown after a small black streamer.  The rumble of a family group of grouse flushing.  The promise of an afternoon spent working pods of fiery brook trout delicately taking olives.  There’s a sense that time is getting away in the fall, and that hum of anxiety — that soon this will all end — is both cosmically sad, and also motivating.  I knew I was going night fishing last night.  I had no choice.  And I’ll probably go tomorrow night too.  Because one of these times will be the last time this year.  And that alone is enough to get me in my waders.