River Cleanup, high water, and the variety of September 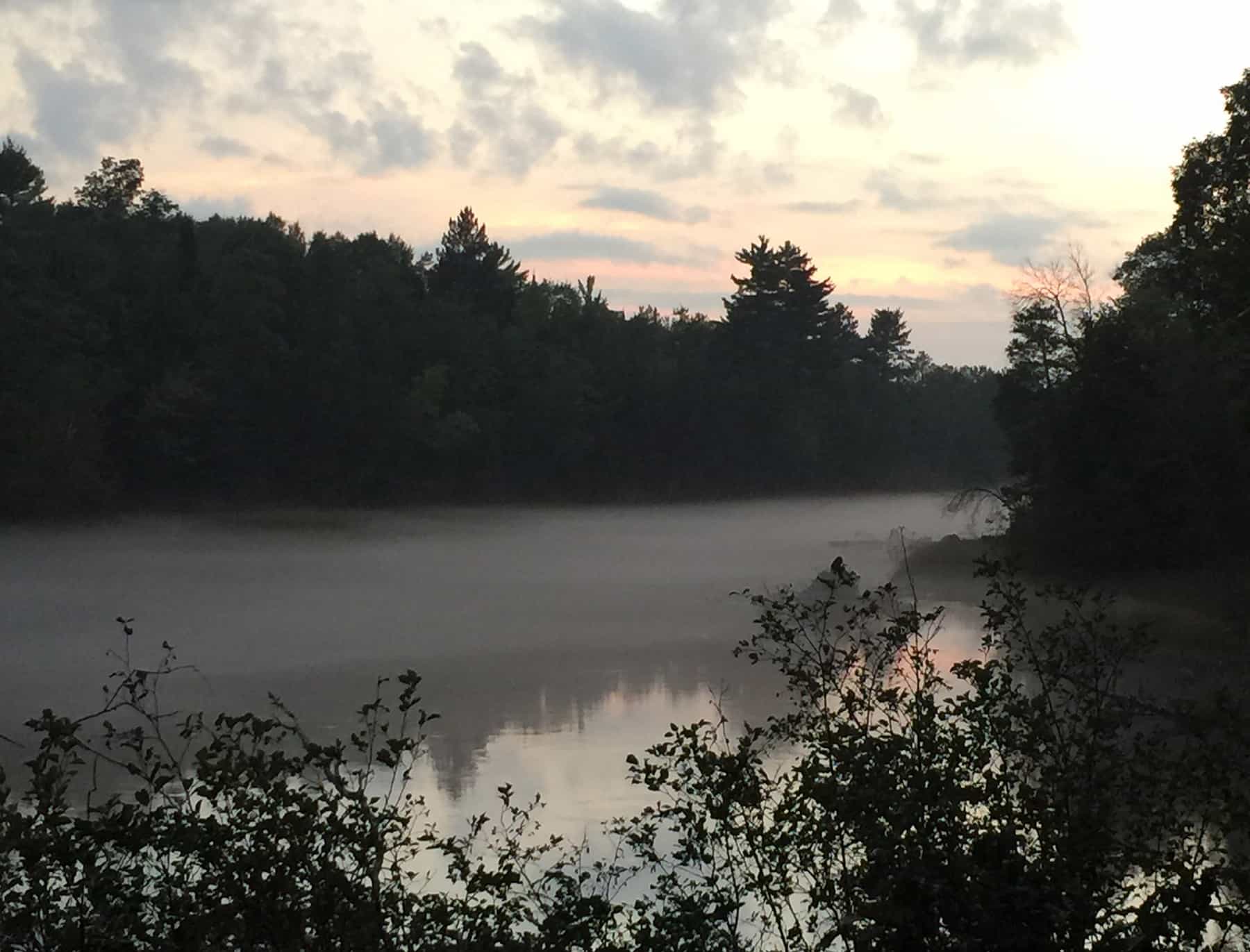 09/09/15  In an eerie recall to last year’s Au Sable River Cleanup, a big storm has raised the river.  But the cleanup of ’16 won’t suffer too badly.  With three days left the river will drop and clear and garbage will once again be hauled out of it by teams of volunteers that enjoy the river a little more sans cans and flip-flops.  Less junk this year, one hopes, than the year before.  It’s cool to think about a river slowly becoming cleaner because a couple hundred stewards (not to mention the many anglers that pack out more than they pack in during the season) want it that way.   We still have beats that need volunteers.  The cleanup is this Saturday, at 10 am officially (most folks arrive early for parking, instructions…or just to have breakfast).  More info available at the bottom of this report. 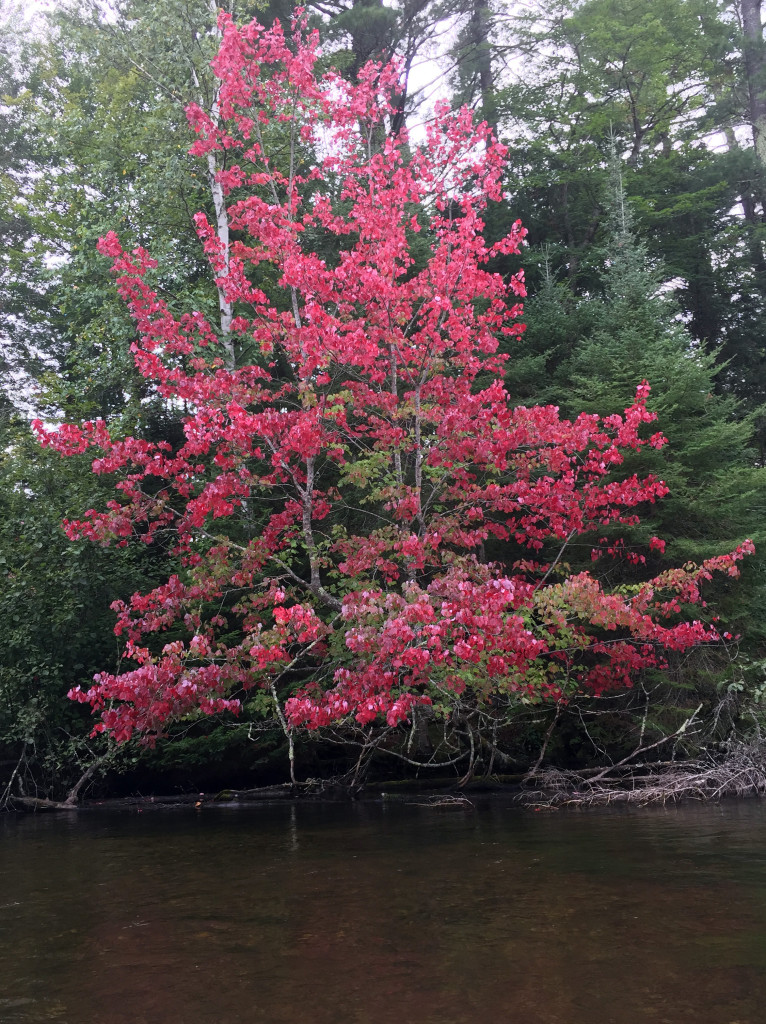 The river is changing.  It’s September after all.  We’ve seen several good flights of ants, and a few blankets, but also some days where conditions seemed perfect and there were none.  A couple of folks reported switching from the ant to a blue-wing olive and finding trout immediately.  Many more fished streamers and had fish on the chase.

Jordan “accidentally” left his boat in the water after his guide trip a few days ago.  It didn’t take me long — about 6:45 am — to seize the opportunity via text message: streamer fish today here down?  I get off work at 1 pm.  Jordan is easy, but to his credit he hemmed and hawed a bit — stuff to do, get ready for this or that — before acquiescing gently.

The streamer fishing has been just fine this late summer.  October is a streamer month and a great October day on the Au Sable is a great day anywhere in the world, on any water.  But this time of year takes a good set of conditions.  At the time, the water wasn’t high and stained.  But the storm that would make it high and stained was supposed to hit that night.  The clouds were low and the air was Georgia-muggy but there were also some blue skies intermixed.  It wasn’t perfect, but it was right enough.  And after moving a half dozen he connected with a fine brook trout. 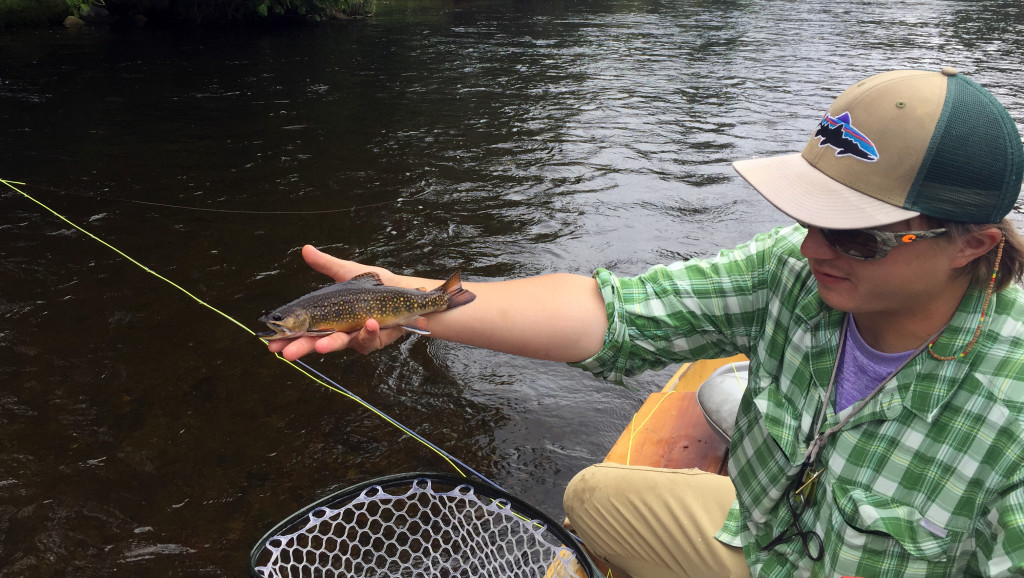 The Holy Waters has many angles, and we played a few of them.  A dry and dropper — a small olive nymph with a bead — cast at the center drop-offs and into the bubble lines was on fire.  Twenty-four inches on the dropper, and 6x fluorocarbon for the connection.  About a quarter came to the dry — the rest were on the dropper.  We saw few bugs and very few fish rising but they were on the look.  We noticed on both the streamer and the dry/dropper that the fish seemed to be in bunches around faster water.  Whether they were actually podded up or were, instead, simply easier to catch in the fast water was pondered, shrugged upon, and ignored.

Near the end, Jordan moved some dandies on a streamer but they kept their mouths closed.  We switched to a dry skunk, just to see, and after catching a trout on the very first cast…never rose another. 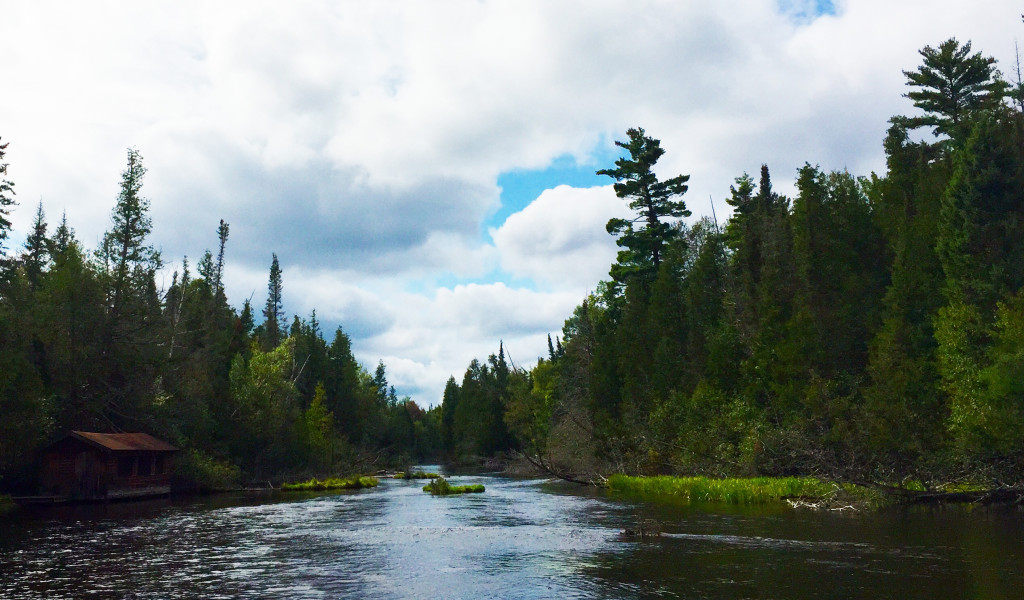 Since then, the rivers have risen and the air has cooled considerably.  It feels like fall.  It’s starting to look like fall.  The South Branch is flowing at 220 cfs right now which is fine and safe for wading — this would be low water in May — but caution must be taken at the corners.  The Holy Waters and North Branch, neither of which have a stream flow gauge, are high but clearing quickly.

This will make for a classic mix of streamer fishing, nymph fishing, and afternoon blue wing olives.  The transition to fall seems to be abrupt this year, if only because it has been a hot August and early September.  Blind fishing Patriots, Adams parachutes, Borchers, as well as throwing around Isonychias (the fall Iso will be around until October) will produce trout through the afternoons.  The cold mornings are difficult.  The nights, though, can still surprise. 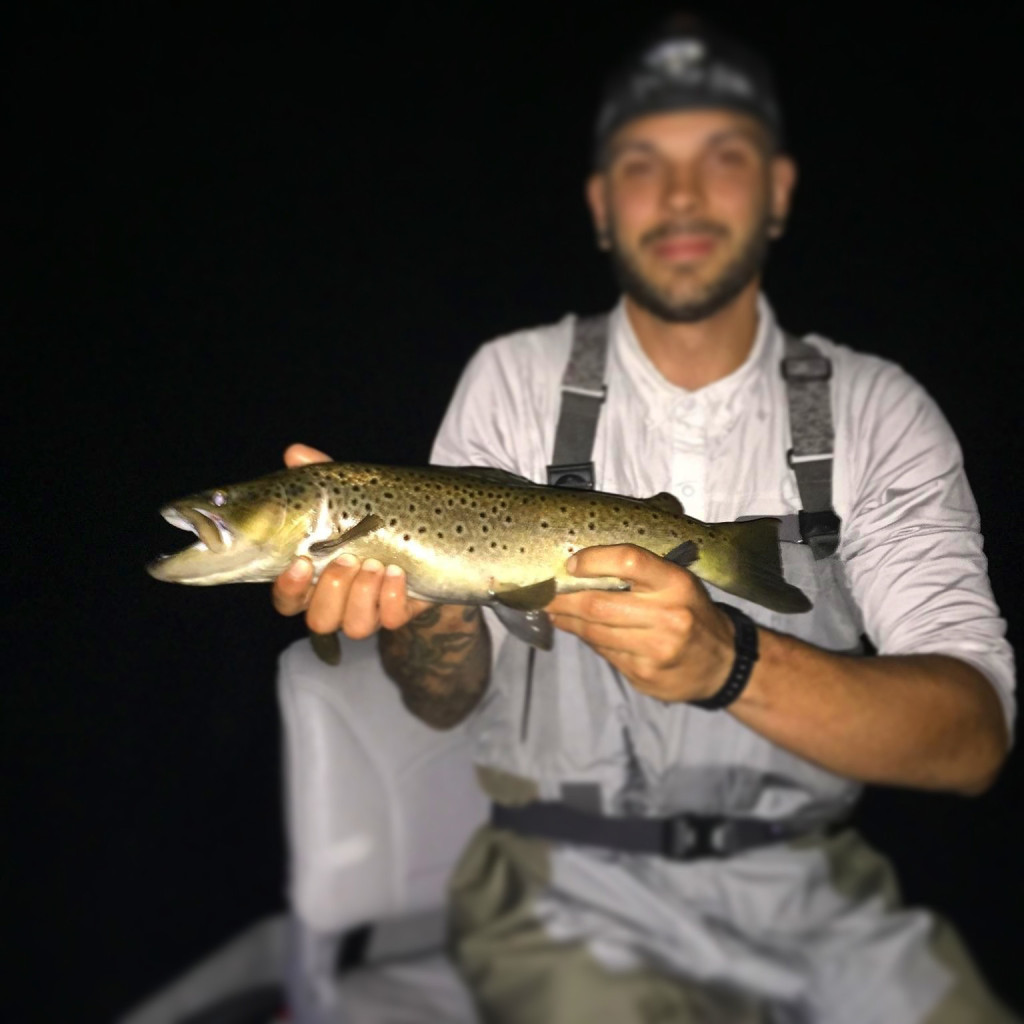 We look forward to seeing many friends — both old and new — this weekend at what is equal parts cleanup and celebration of the river. 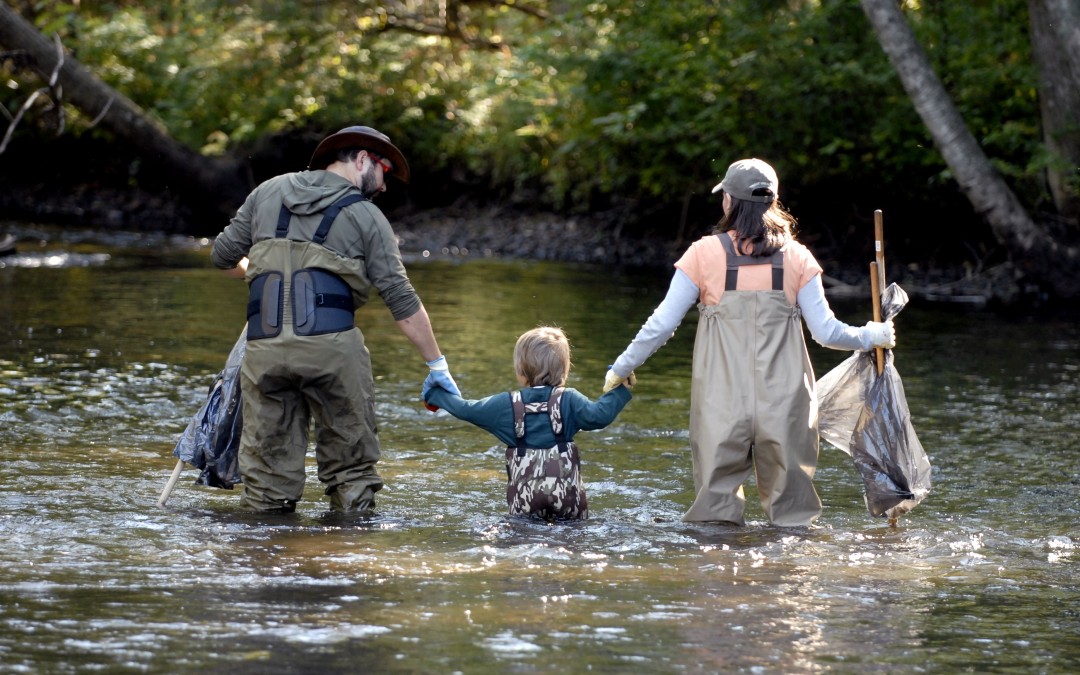