The last light in the woods 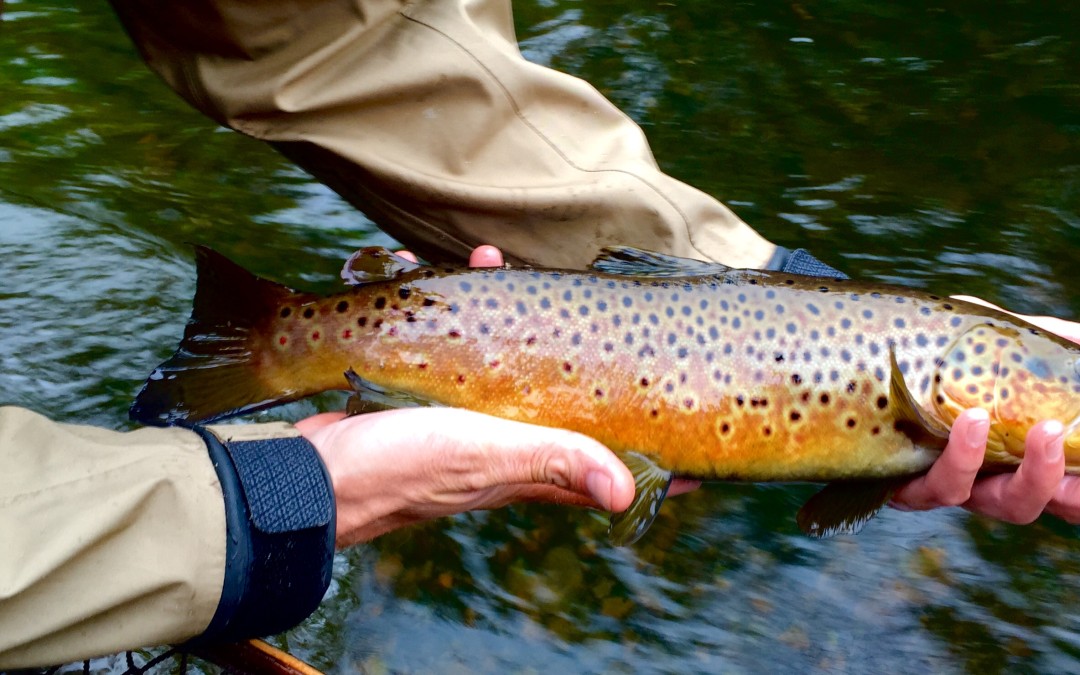 10/28/15  We’ve been waiting for this day for the last two weeks: A day when the clouds seem stuck in the tree tops.  The rain was persistent but never heavy.  The new raincoats are nice, but fishing all day with your hood on is like fishing in a tunnel.

The trout were out.  More of an aquarium tour than a fishing tour.  Big ones on spawning gravel.  Big ones just swimming around.  Big ones chasing and fighting each other.  It was awesome!  We landed a handful of plump 10-14″ trout, and two really great males.  They are fun any time of year, but especially fun in the late fall.   Trout are beautiful, but a big male fall brown trout chasing a streamer seems dangerous. 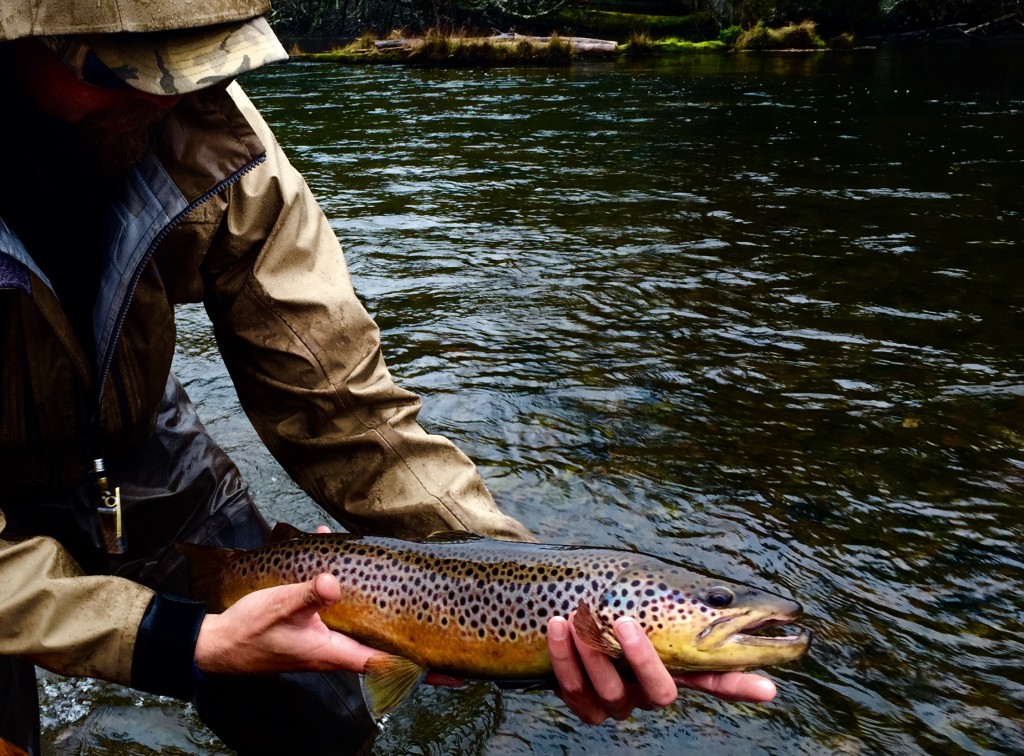 The rivers remain low and clear, and trim, slim streamers are best.  We used a several different patterns and think that brown/copper and black were the two most productive colors.  Or we just fished them the most.  As often is the case during late October/November, there were great sections, and slow sections.  This is almost certainly related to where the best spawning gravel was.  It’s hard to beat a float trip this time of year to increase the amount of water covered.

There are themes, though, as to where the trout sit besides near spawning gravel.  Shallow cover — even way up in the dead, silty water by the banks — is almost always better than the deeper runs and pools for streamer fishing.  But the nymph anglers will do quite well working the pools.  Prespawn fish vs. postspawn fish?  Maybe.  Or it could be that the floating lines and conehead streamers we were using — and typically prefer this time of year — were simply “out of the zone” of the fish in the pools.

We also had a good hatch of #20 olives today and fish rising in pods.  We shoulda switched, we shoulda switched…and we didn’t switch.  But this dry fly fishing will continue with this warm fall.  Flat, shallow water, a long leader, and a zen attitude.  These same fish — or a great percentage of them — can also be fooled by subtly swinging a soft hackle through their feeding lanes.

The last trees of the year to change colors are the tamaracks.  These ferocious fly catchers of summer dye a splendid gold in the fall, before dropping their needles and staining the river surface (this will probably happen on the next windy day).  They are the last light in the woods, and the thing I hold onto against the promise of winter.  Once the needles have been shed, it seems no barrier remains between the fall and the winter.  To that end, I’ve spent the last three days playing outside, grouse hunting with an old friend from Ohio, and then floating the river.  An exhausting cast and blast that has two dogs and one owner limping, groaning, and smiling. 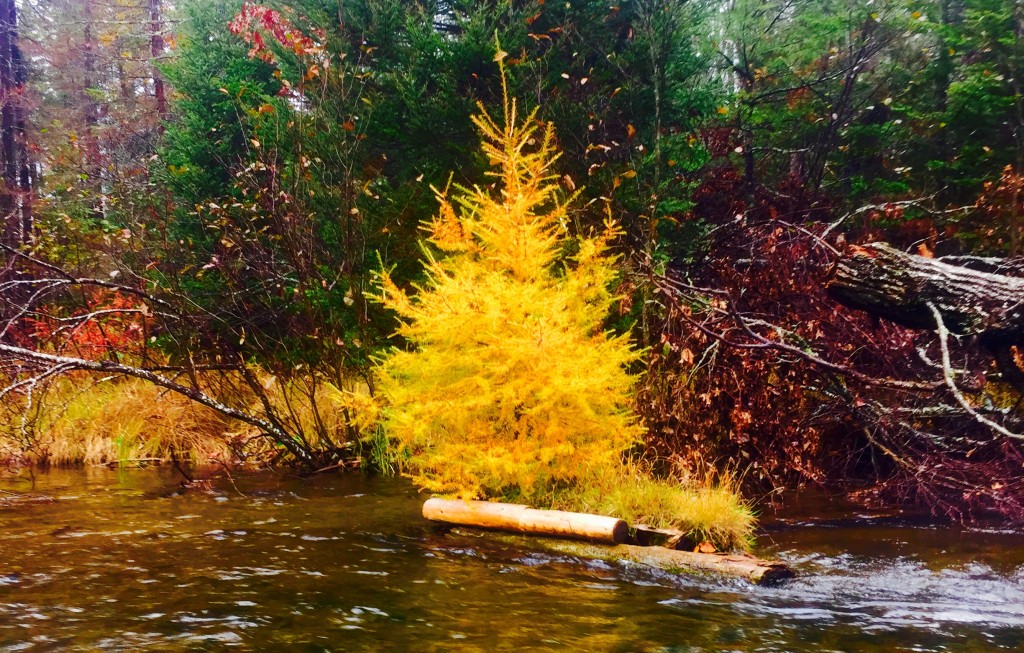 We’re keeping eight rooms open at the lodge until the snow flies for discounted rates of $50 single/$75 double.  We have guides available at least through November 14th.  The forecast looks mild.  The trout, though still finicky in these low water conditions, are appearing slightly more receptive.

Our fall mail order catalog is in print and will mail out in two weeks.  Get signed up now!  See below: