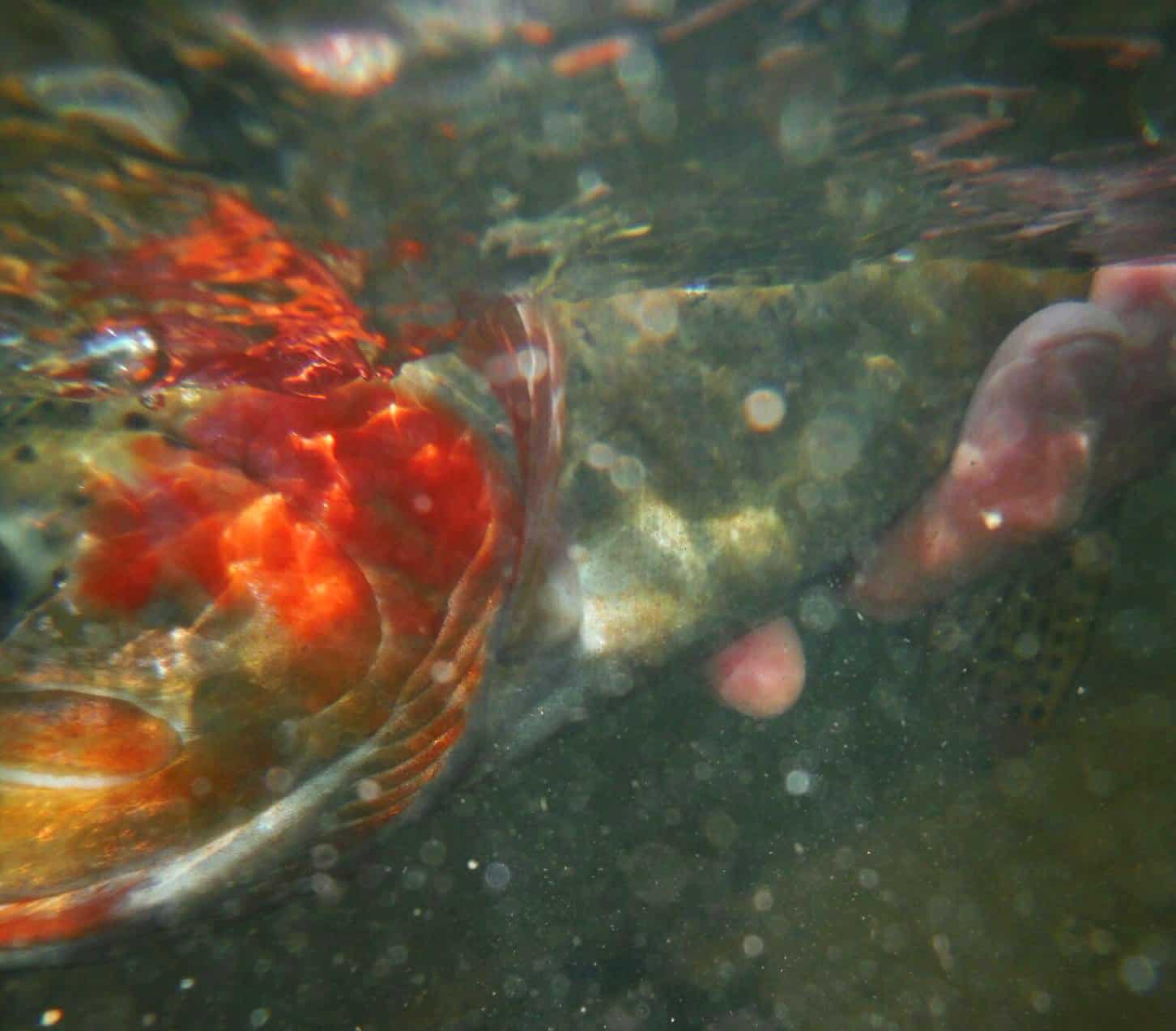 So this gigantic spring snow currently falling is equal parts exciting and depressing.  Depending on what weather report you “trust”, we’re going to get somewhere between 6″ and 20″ by the time it’s over.  Hoping for six.  Looking like twenty.  Oh well.  That’s the bad news.

The good news is that it’s a blip on the radar, and by Saturday we start another spree of 40 and 50 degree days.  It’s worth being up here.  The river will be beautiful, dripping, and the trout should continue chasing streamers and eating nymphs.  It’s a good weekend and week for a float trip with a guide…or just a wade.

How do you chose a steamer?  Well…I don’t really know.  We’ve had them chase every color this past week, but it seems like light olive/cream/white have been the most consistent for me.  Ask a dozen folks, and you’ll get a dozen answers.  The streamer wall at the shop is full for this reason. 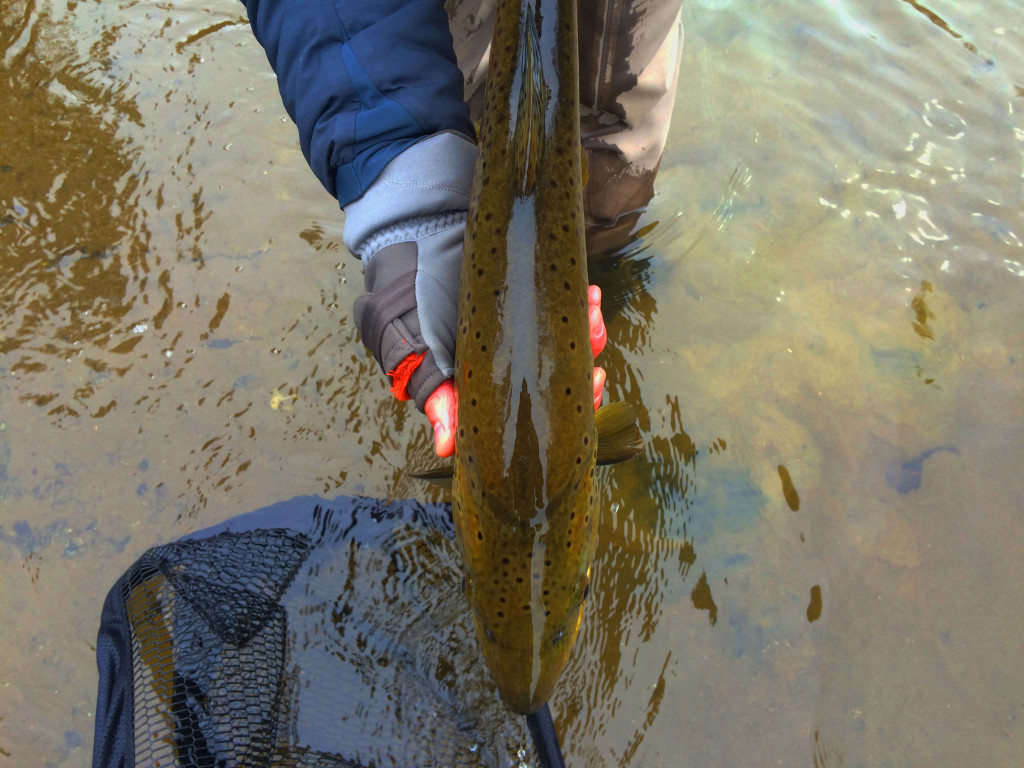 By mid-week, I expect to see some decent blue wing olive hatches and that should put us right on track for a mid-April hendrickson hatch.  It’s soooo close now.  As it warms up next week, the variety of fishing improves.  I think the fish will eat stoneflies on the Manistee.  I think shallow water dry/dropper systems will work on the Holy Waters and the North Branch.  I think the trout, enjoying the warmer water temps, will chase smaller streamers.

River levels are good on the North and the Mainstream.  The South is very high still and will remain so.  The lower river is that wonderful rich red color and it’ll stay that way well into the spring….

I got out a few times this past week.  Last Thursday Matt and I took the skinny boat right into the teeth of a brutal south wind and, after a slow start, found a little window of feeding in the middle of the float.  Good enough, right?  Well, seeing those two trout rise to midges was even better. 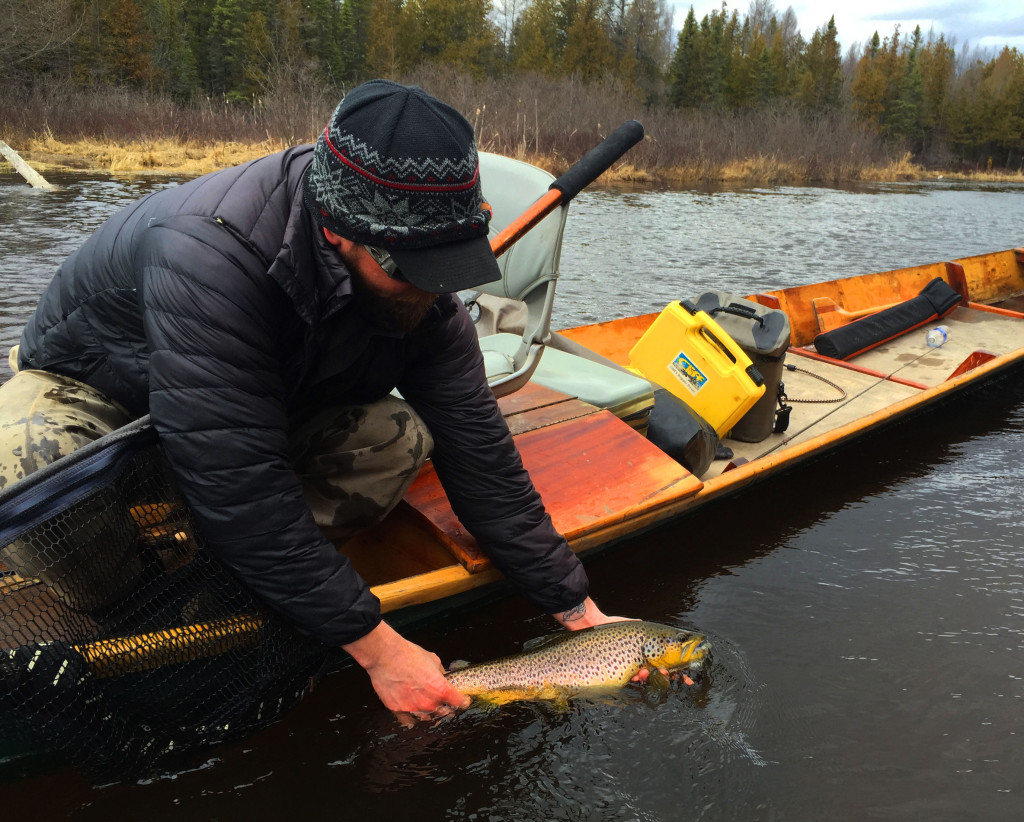 “Man, I like the little rivers so much more than the big water,” I said.

Then yesterday Alex, Matt and I fished the big water…and, well, that was fun too.  The highlight was the proverbial last-light, last-cast hook-up that felt like a 40-pound pike but ended up, sadly, as a nice big brown hooked square in the tail.  Saw eagles, buffleheads, deer, a lot of east wind, and a few trout.  Meanwhile, Kevin and Alex H were upstream and sent me this fish picture: 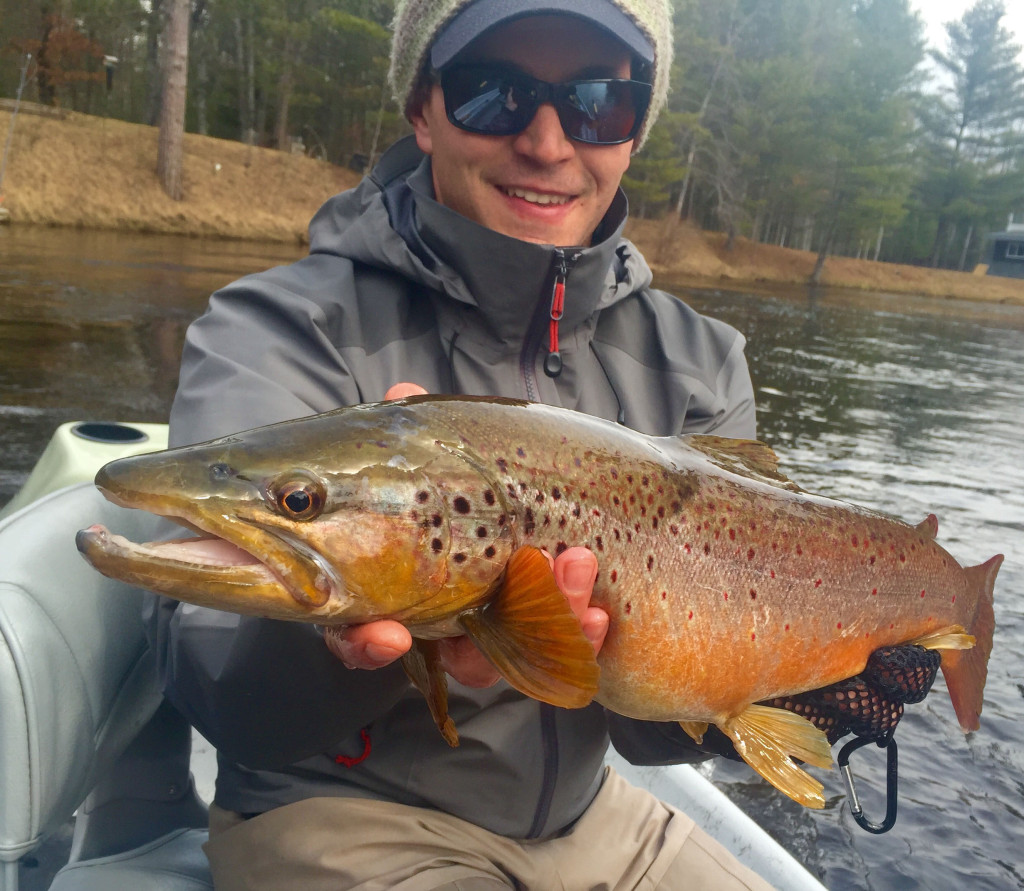 I look at the pics in this report and ask myself was it really that good?  All week, every day?  Nope.  Not even close.  Frankly, a more realistic report would be about 93 pictures of people casting and one picture of a trout.  But memories of 93 pictures of people casting isn’t what keeps me focusing on my next escape to the river on this big winter night.  It’s the chance that I might touch a ‘bow as bright as the one Jordan’s hand is slipping into the river.  The promise alone is enough to make me work hard to make it to the river.  That…and I know where he caught it.