I want to fish that river 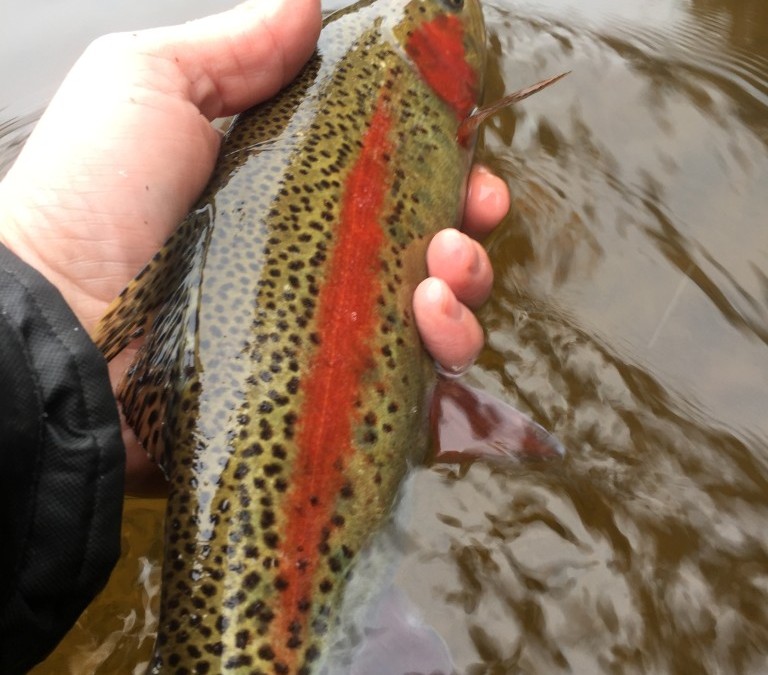 That’s what Denny said the other day as he watched The River. Probably some sunny summer scene with rising trout and brown drakes in the air. Yeah, we all want to fish that river, Denny! And we will soon enough.

Six more inches of snow today. But good signs late last week, including the first real solid hatches of blue wing olives. This is a strong bug — has to be to hatch this time of year — that can be imitated with either #16 or #18 standard hook. They are an afterthought on sunny days. But find a nice cloudy or rainy day, and with clear enough water, you can find some great fish rising.

Next week the olives should be back. By the following week, there should be some trout rising. The season is more advanced than might be apparent within all this snow. So that river will have to wait. Today, Jordan and I decided to fish this river, the one that has been recently returned to winter.

We sped out of Grayling to fish the Manistee. I had sight nymphing on the mind. Sight nymphing, at least on our local rivers, is a funny game. You need the fish to sit on the sand if you want to see them consistently. And some times — many times — they do. But they don’t have to. In fact, they shouldn’t. I didn’t know as we sped west that they wouldn’t be. What I did know is that I was speeding, my license plate was obscured with snow, and that I was missing a brake light. 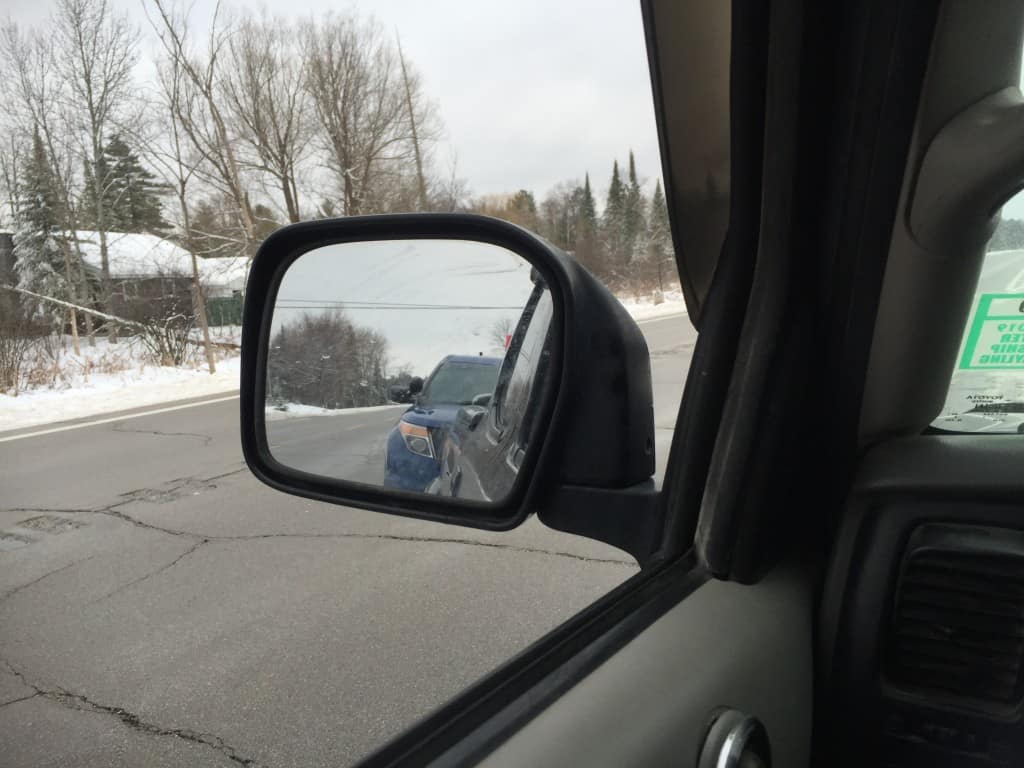 Which is what I told the officer. And, also, that we were going fishing. Works every time!

So the Manistee busted us, but it was beautiful. Jordan gamely worked a few current seams while I snuck upriver. There was nary a fish on the sand. The robins were hopping all around the river, as frustrated by the lack of prey as we were. 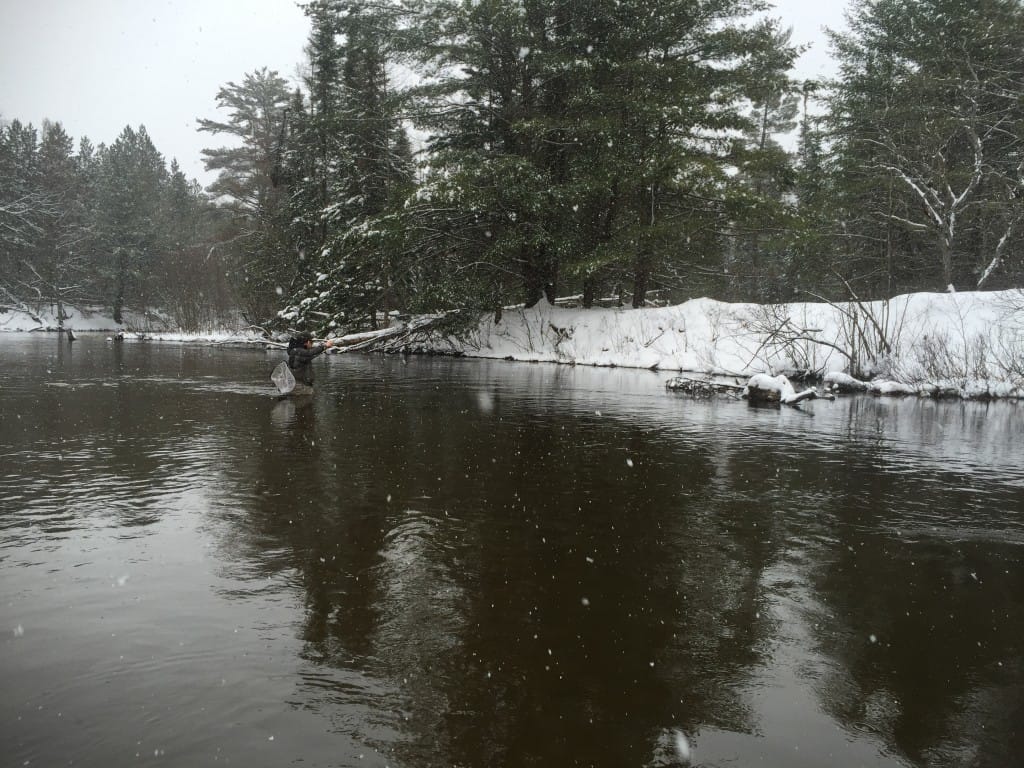 Gotta know when to fold ’em! We headed back to the Au Sable and spent the late afternoon working a few choice sections of the river with a variety of nymph rigs. I enjoy streamer fishing, but it sure felt good to catch a trout on a small fly on light tippet and to have to fight them gingerly and with care. We found a few, but had to work for them…which is just the way I like it. We flushed more robins, and even a woodcock. I guess the worms are by the river…which could have been the reason the trout seemed a bit less hungry than we had hoped.

The big floods have receded on the North, Main, and Manistee. The South is still very high and is likely blocked with rearranged trees. We didn’t hook enough trout to have the one nymph pattern that worked, but we do have a few new ones that caught trout. That said, the old ones probably would have worked too. We did well on size 12-18 nymphs with flash. The water is slightly red but pretty clear out front, and looks beautiful. I wish it looked like that all summer!

We’re hoping this is the last cold snap. This has seemed less a spring snow, and more a December blizzard. I’ll be glad when it’s behind us. I want to see a trout rising to mayflies. Knowing it won’t be long is less a comfort and more a curse!

If you’re headed up this weekend, I think the trout should be adjusted to the colder temperatures and will be chasing streamers and eating nymphs. Go deep, use weighted line, and keep the fly moving. It’s spring after all.

Gates Family Memorial Match: Rusty and Julie’s children, Chris and Misty, have issued a $5,000 matching challenge toward the Anglers of the Au Sable’s fight against a fish farm permit that threatens the Au Sable River. We have matching funds on the table, and we need your help. Please notate on your check “Gates Memorial Match”…and let’s raise some money!

Fortnightly Fly: It’s back. The fly is a re-run…but new ones are coming soon!

Anglers of the Au Sable: Visit ausableanglers.org, join or contribute, and receive fish farm updates. All donations go 100% toward our efforts in overturning the DEQ permit. If you have questions about the case, please don’t hesitate to email me at [email protected]