Feels good to be a trout fisher 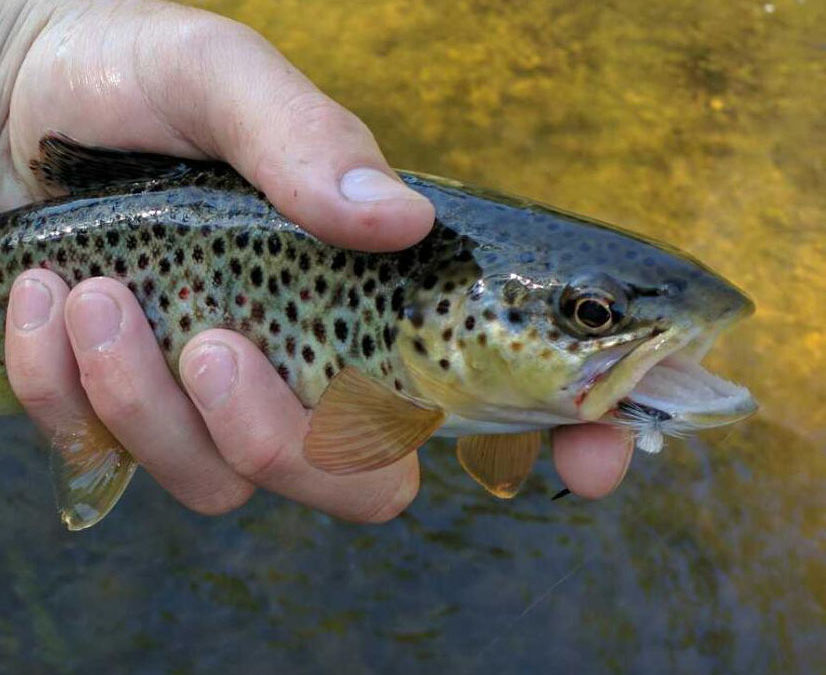 Tonight we were stationed in a glare-lit riffle working a pod of trout.  Moon and sun seemed, at the moment, to be producing different light, but in equal amounts. The spinners were on the water, thick.  Wings spent.  Tipped on the side.  Upside down.  It was a scene I’ve missed for the last eight or so months.  That of the last great breath of the day, when the trout are rising and you are locked in, just trying to catch one of the suckers before the moment is lost before it can be completed. 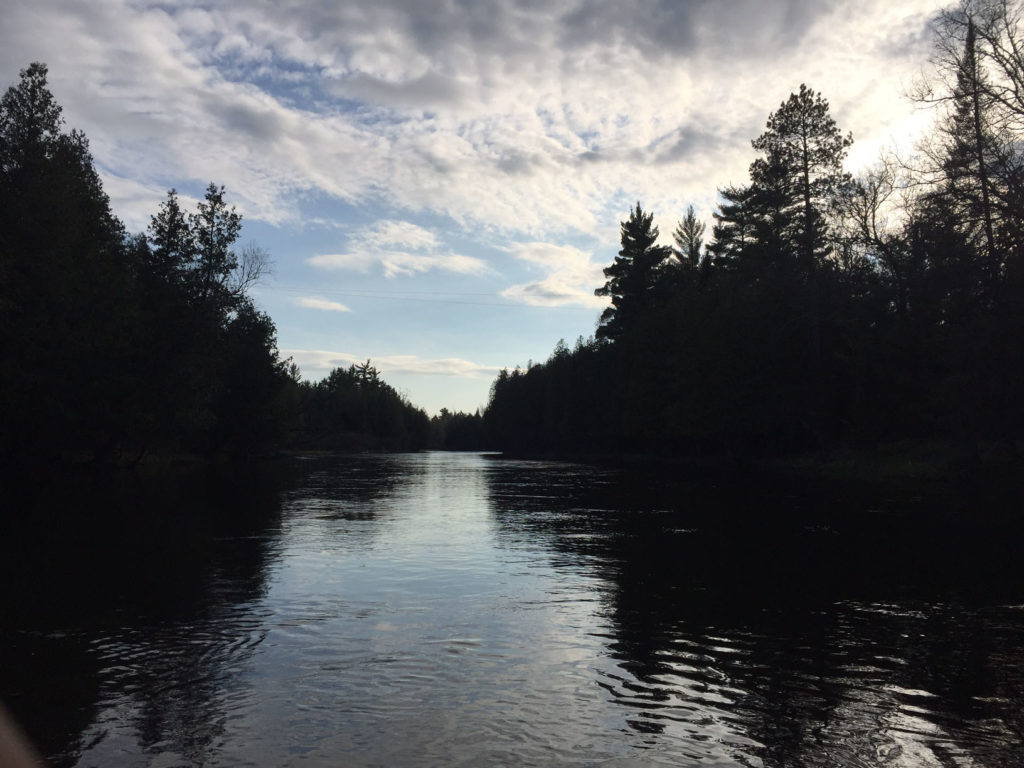 There’s so much good on a night like tonight.  Back at the ranch, as Nethers would say, people were telling trout stories.  I stopped in to visit Dennis and Matt, and we compared notes, ate some oysters and bacon (not bad!).  Outside, a few folks sat around the fire, reliving.  It was a big spinner fall tonight, the first good evening spinner fall this year. For us, it was a few good trout and a few opportunities.  It was enough.

And even if the moment went uncompleted, as it were, the opportunities were there.  As I worked the last fish of the evening, a big backwater sipper that wouldn’t stay still, I had the realization that I wouldn’t catch this fish.  That my size 14 could be cast all night to where the fish last rose without ever being seen by the fish as it journeyed along by mysterious directive to the location of its next rise.

This has been a good week.

On Monday, the river came alive.  As Liz described it, it was six hours of hatching bugs and rising trout.  Mahoganies, black caddis, a few popcorn caddis, hendricksons, hendrickson spinners…sometimes all at once.  Joe Guild said it was “bonkers.”  Bonkers doesn’t happen often on the Au Sable, especially not for six hours.  I made it down to the river with the kids — the three-year old to throw rocks in, the five-year old to throw some casts — and indeed the river was perfect.  At first it seemed nothing was rising, but funny how the eyes adjust.  After five minutes of observation, I saw that there were at least seven trout actively feeding just in the slick off the boat launch.  Holden rose one after a perfect mend.  An angler, working downstream, landed a nice brown behind an old CCC log island.  The caddis flew upstream by the thousands.  What a day. 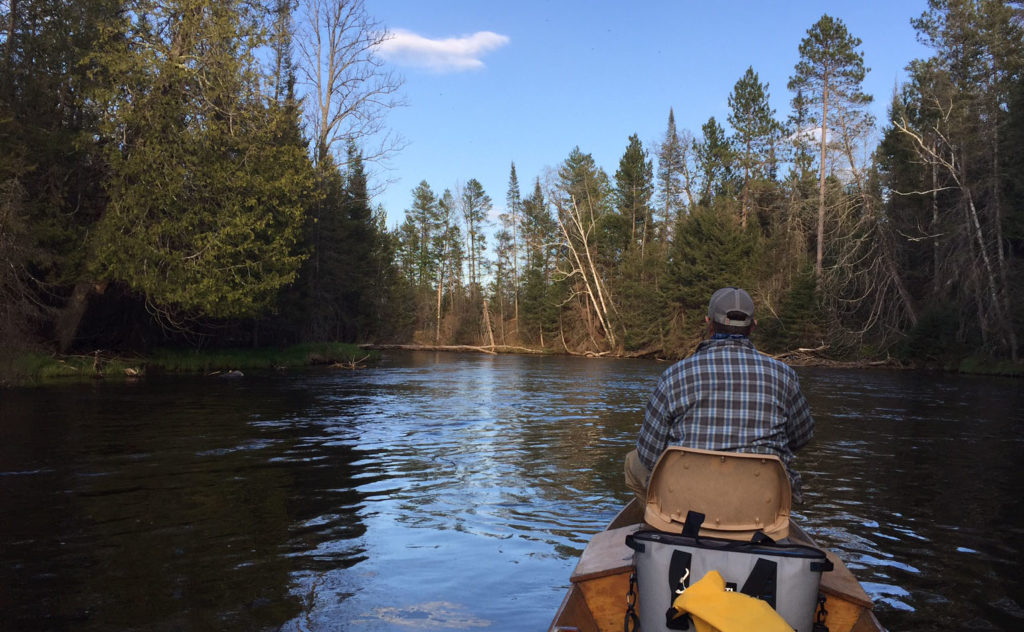 The weather has been herky-jerky, and it’s not going to stop thru the weekend.  Tomorrow, scattered thunderstorms, but a very trouty high near 70.  Could be all-day spinners.  Could be a day to just not get struck by lightning.  Could be a bit of both!

Friday, 58 degrees and mostly cloudy.  Could be daytime spinners.  Could be an all-afternoon hatch of everything.  Could be the day we see light hendricksons on the North and South Branches.  It’ll probably be good…

Saturday, 44 degrees.  It’s a wild card.  Could be a throw-a-log-at-the-fire day, as Rusty would say, and eat some of Haley’s homemade sausages.  Could be the best streamer day in history.  Could be a day to nymph some pools.  Could be mahoganies and olives all afternoon and the cold keeping them stuck to the water like flies to fly paper.   Or you might want to take the iffy weather and work on your dry fly fishing with Alex (the syllabus for this class is outstanding), or try out some Rio fly lines.  It’ll be worth it, because — as a friend and I discussed tonight — trout fishing is at its best when its not exactly how you envisioned it.  That great noon-hour of nymphing, the surprise trout that you caught on a new technique, will last longer in memory.

By early next week, the warm-up starts in earnest, and with it I hope more consistent weather.  Yes, by and large, the trout fishing has been pretty awesome.  But a few warmer evenings would be just fine.  Watching the temperature drop below 60 at 7 pm is kind of heartbreaking, like realizing that your prom date isn’t going to kiss you before you even put the corsage on her.   Tonight reminded me what May can do.  It can fill the sky with mayflies.  It can bring trout to the soft edges of the river.  And this weekend will remind what May can also do.  There really isn’t a bad day to be fishing in May.  The trout are feeding as much as they can.  It’s simply a matter of figuring out what they’re eating, and how they want it.  And as simple as that sounds, there’s nobody I know that has actually got it figured except the trout themselves. 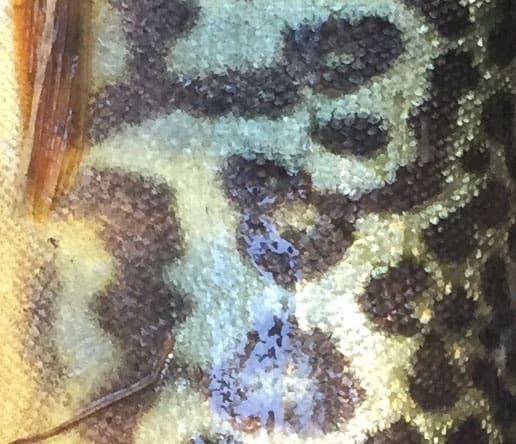 For those of you fly-tyers that will be journeying to the river, consider signing up for John Sheets’ fly tying class on Sunday.  $75, and done by 12:30.  No lost fishing time, and a ton of techniques and flies you won’t see anywhere else.

Advanced Dry Fly Class with Alex Lafkas, May 14: We still have openings for our Advanced Dry Fly Class on Saturday, May 14.  This extensive class will make you a better dry fly angler.  The casting portion alone can help the average angler immensely.  Learn aerial mends, reach casts, water mends, and other important slack-line presentations.  Cover bug and stream theory from one of the best anglers in Michigan.  A highly recommended class that will include plenty of time on the river.