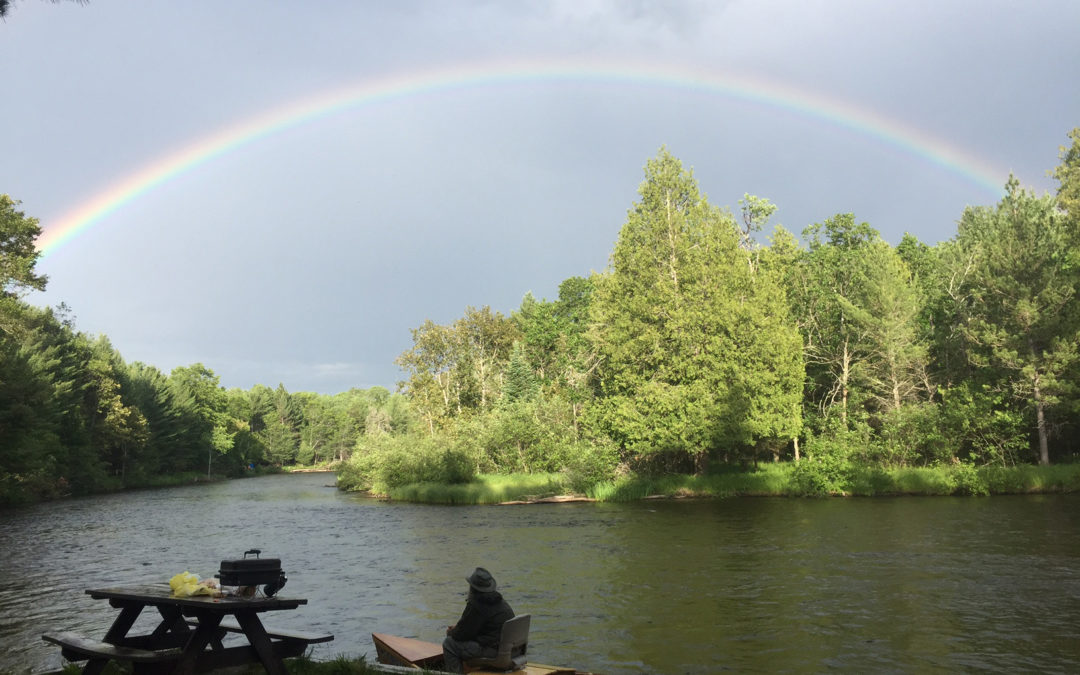 There’s predictability to this time of year. Hex don’t dance around at dusk like drakes. Unlike sulphurs, they don’t disappear mysteriously because the temperature dropped a degree. They don’t gather over warm roads and splatter against your windshield on your way to a dead river, as hendricksons often do. The hex is a hearty, determined, giant bug. When they fly, they tend to die on the water, at prime time, when the biggest trout are ready. Tonight will be a good night. But I’m not fishing.

It’s time to take a break from the midnight hunt. Pace is important. An angler on a hex binge undergoes a metamorphosis that would be the cause for medical concern if it occurred back in the real world. Up here it’s normal. You turn into a creature of the night. You almost immediately lose track of days. You think almost incessantly about fish that were lost, and whether or not you should return to that spot…or find somewhere else to go. You scour for clues as to where the bugs are. You drink coffee to keep your brain activated. Your afternoon naps are woefully insufficient. You don’t shower, shave, eat full meals, or otherwise maintain yourself. You spin up some sparser flies to combat the full moon. You tie up longer leaders. You travel to the river at noon to throw some practice casts at some puzzling backwater from the night before, and find the drift. It’s one minute after another, each pushing you further from your other life. I’ve never heard anyone forget their kid’s names, but I have heard some pause when asked if they even have kids, as in, now that you mention it, as a matter of fact I do.

We call this metamorphosis, or at least the final result, being shipwrecked. After a full season of hex, your favorite fishing clothes are trashed, there are campfire burns in your shirt, and you are wholly lost and somewhat heartbroken to have to return to the real world which, for a somewhat scary moment, just doesn’t seem as interesting as the world of the Hexagenia limbata. 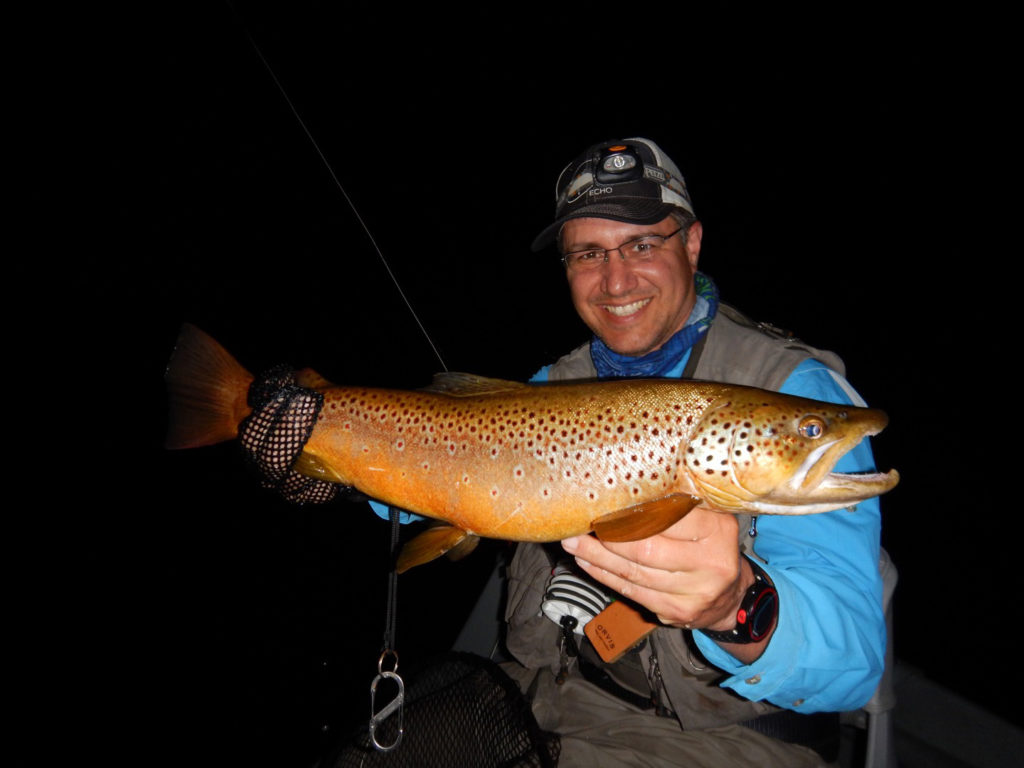 Suffice to say that we are in the middle of the hex hatch. Through this weekend the bugs will be system-wide on the Au Sable and also the Manistee. The warmer temperatures will create a happy abundance of places to fish. The South Branch has some good evenings left. The mainstream has many more to come. And the Manistee has several good weeks.   The moonrise has made the fish spooky, tricky, maddening – but also easy to find. 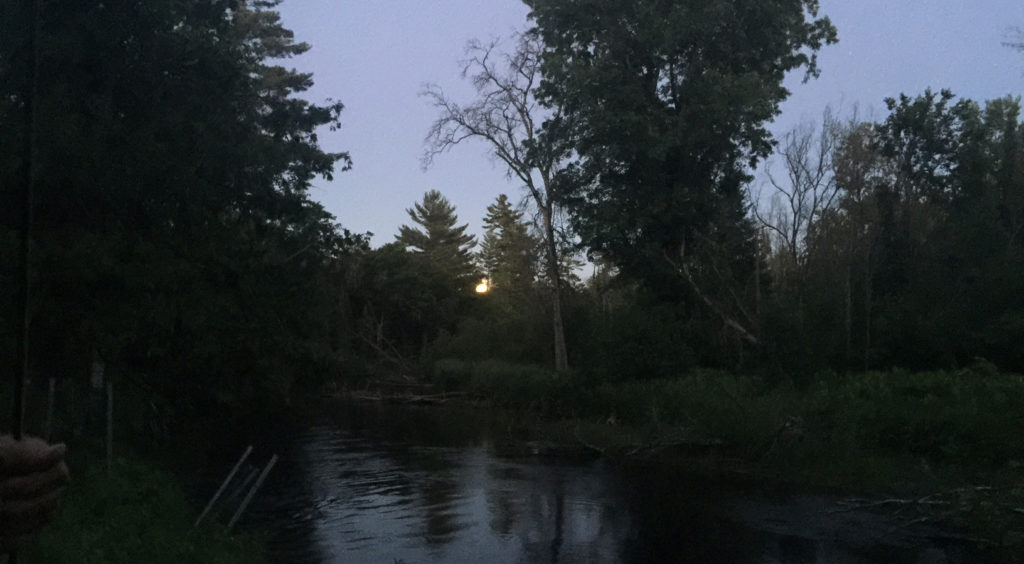 There are great stories this time of year. Dennis and Matt hooked a trout last night that swam under the boat. As Matt focused his headlamp into the water, he saw the trout appear as an object hurtling straight at the light from about eight feet deep. The trout leapt at the light and fell right into Matt’s lap.

Last night a rainbow lit up the river as the Isos rolled through the system and good trout – big trout – rolled and chased and slashed.

Tanker got lost in the woods.

Keith and Hoov found an empty river full of fish one night and had their “best evening of fishing in 16 years.”

Willy guided his sister into a daytime dandy. 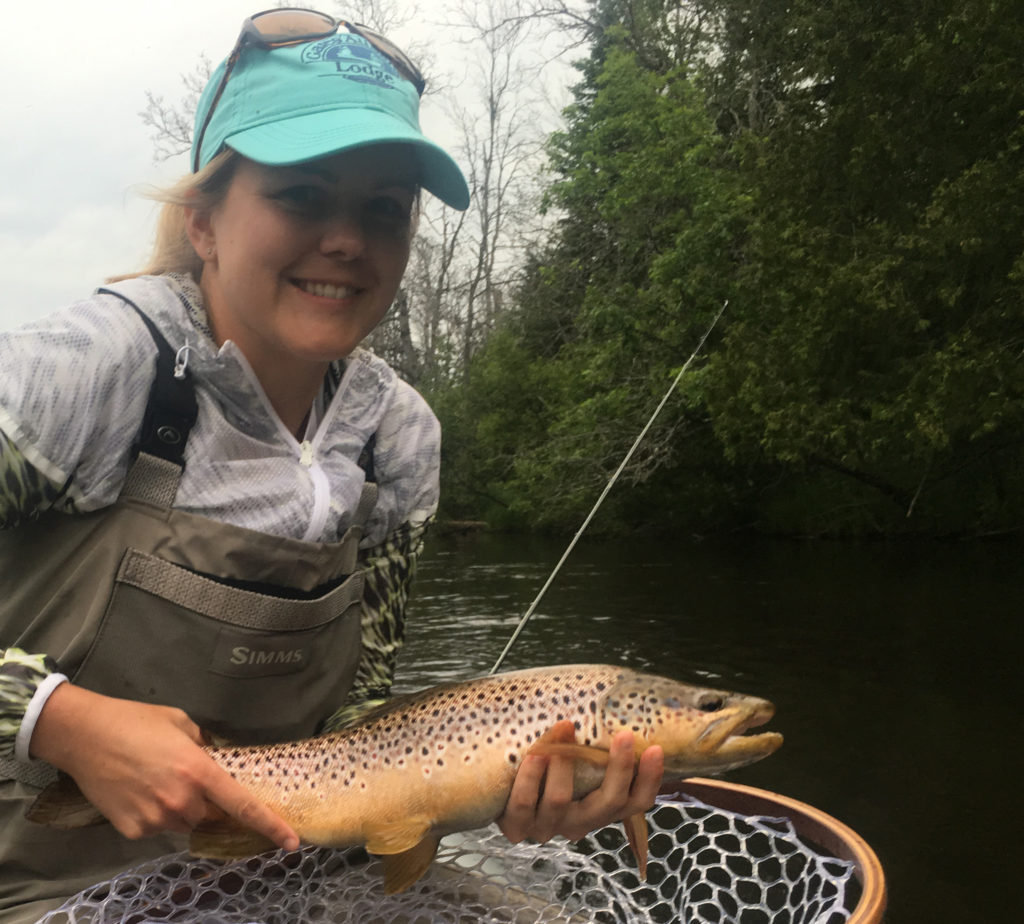 It’s awesome. It’s on.  We’ll see you for Hexy Mexy this weekend, and try out a Clutch Fly Rod while you’re at it.

Not only does this raise money for Anglers, you also can get a guide during times when there are otherwise no guides available.  Cigars and dinner included.  Fun guaranteed!  Click here for more info.