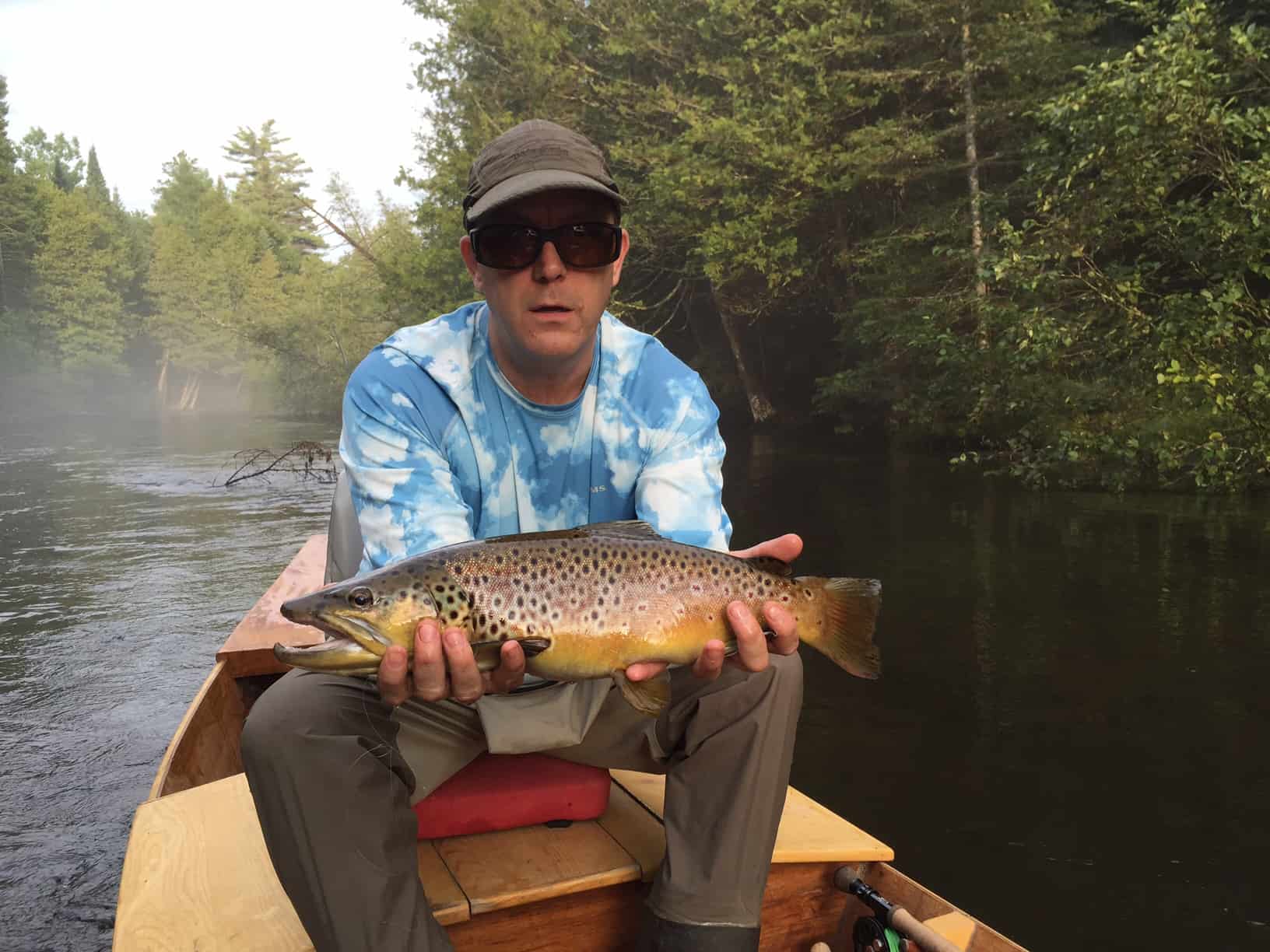 While standing on the dock and chatting with my friend Mikey this past Friday, I saw a few fish rise to the last of the morning tricos.  “Trico Terry” had left the bench, and left his rod on the dock.  So I grabbed it, removed the trico from the hookkeeper, and prepared to cast.  Just as I did so, the trout I was going to cast to was eaten.  Explosively.

“What was that?” Mikey said.

“A big brown just ate my target,” I said.

I’m so ready for fall.

Just unloaded from a two day fishing trip with Matt that was months in the making and planning, was rerouted then re-rerouted due to rain and river conditions, and I’m beat, burned, and my casting elbow — which has been sore all summer — is locked in a permanent right angle.  The plan was hoppers, but we ended up fishing streamers.  So we had to do some sorting… 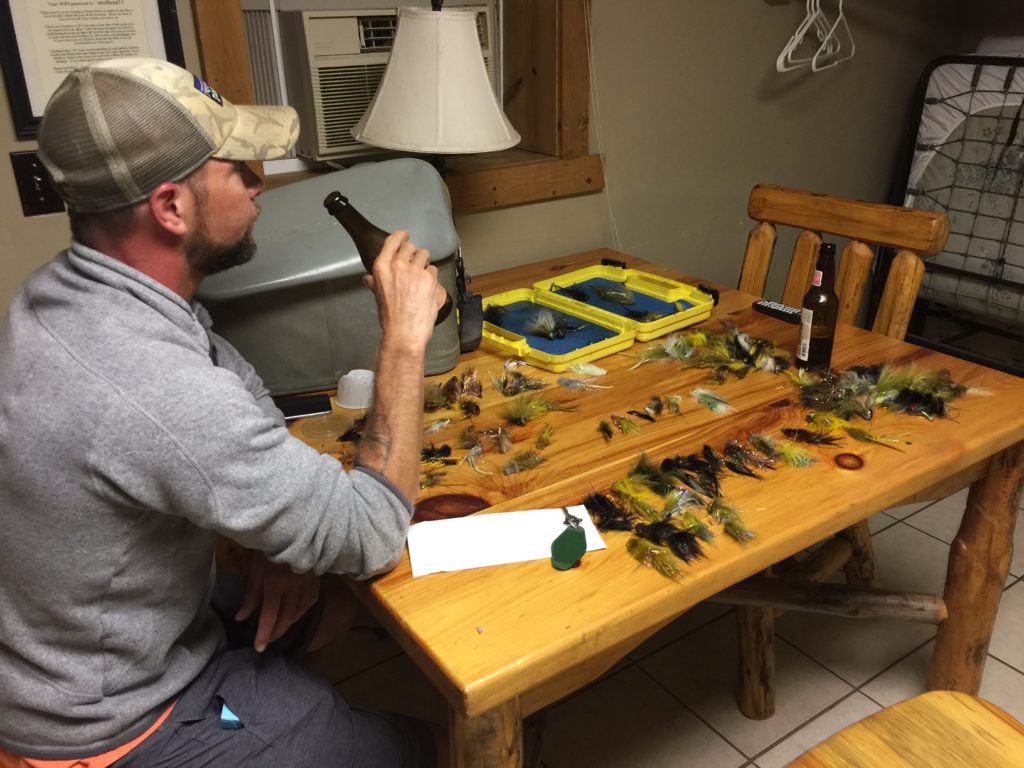 …but it was worth it! 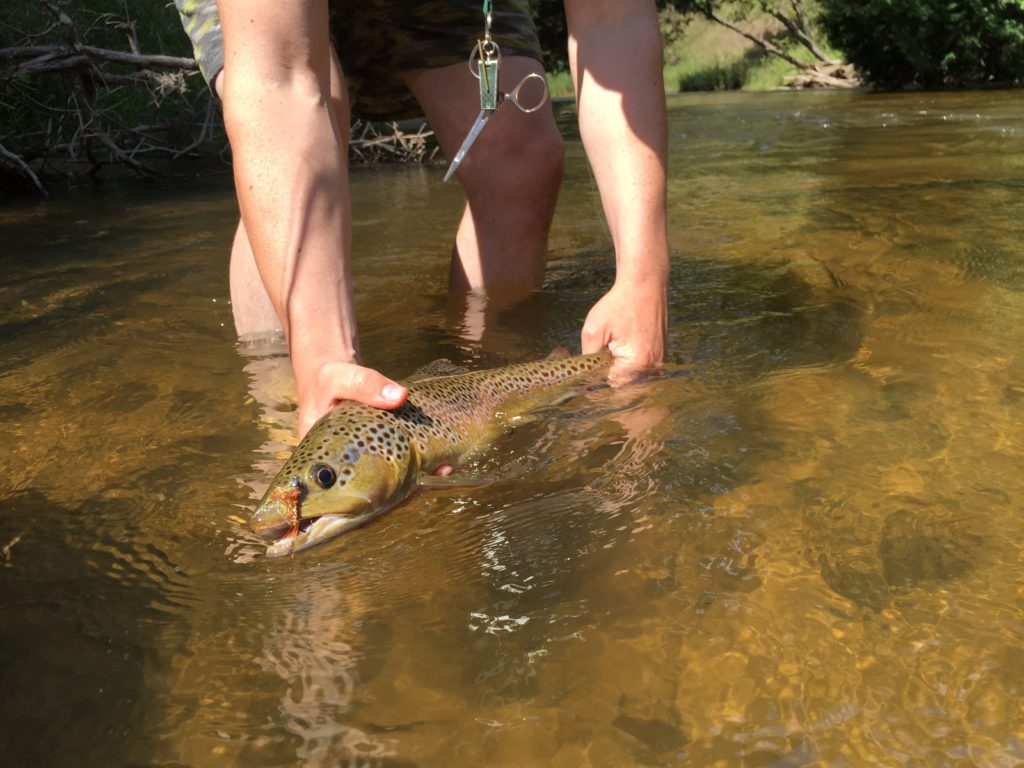 A few river maples have started to burn red.  The river below Mio is finally below 70 degrees.  The olives are hatching in the afternoons out front.  We’ve seen some flying ants, and there are more to come…hopefully millions more.  The fish are starting to color and change.  The ferns are browning.  The dark comes sooner, last longer.  The heat of the day can’t obscure the fact that the fall Isos have appeared (#14-16 Adams, or revisit your hendrickson box), that the tricos, though still consistent, don’t last as long.  The bird dogs are so bird-deprived they have begun chewing on my hackles.

Having two days of fishing just makes me want to go more.  I’m a trout bum.  So are my friends, even those I haven’t met.  Like these guys that passed me the other day on my way back from Gaylord: 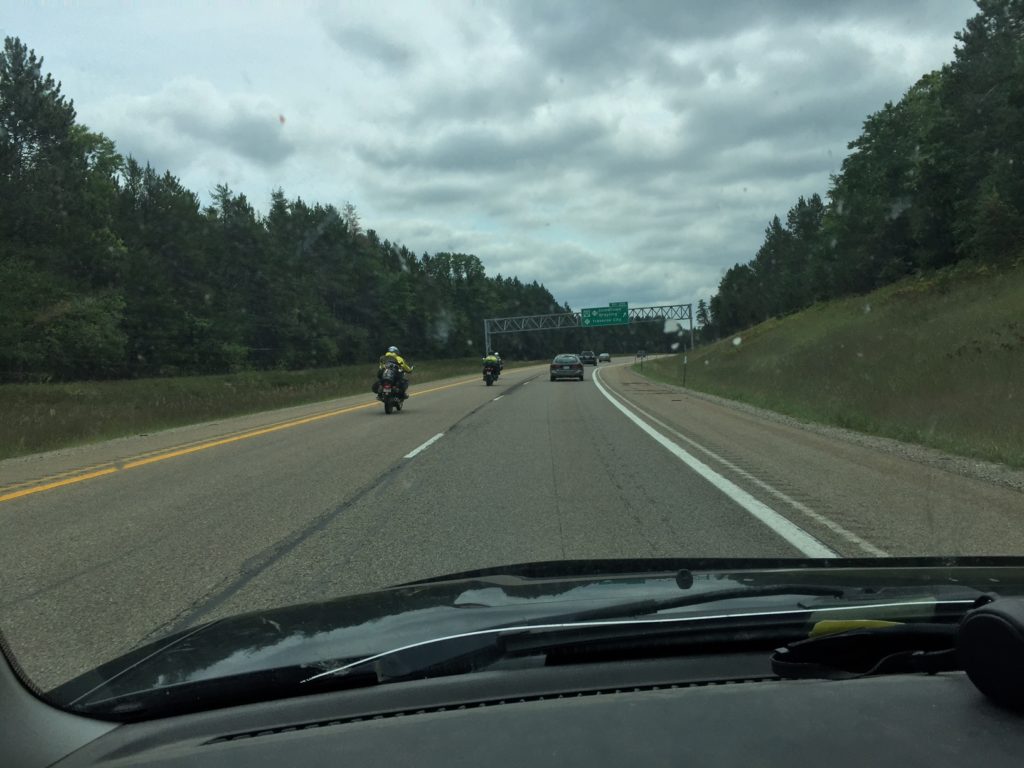 There’s not a time that I like more than the fall.  The rivers are at their prettiest, as are the trout.  The brook trout, usually willing, become even more so in late August and September, ready to chase and flash at a small feather streamer across an entire South Branch riffle. 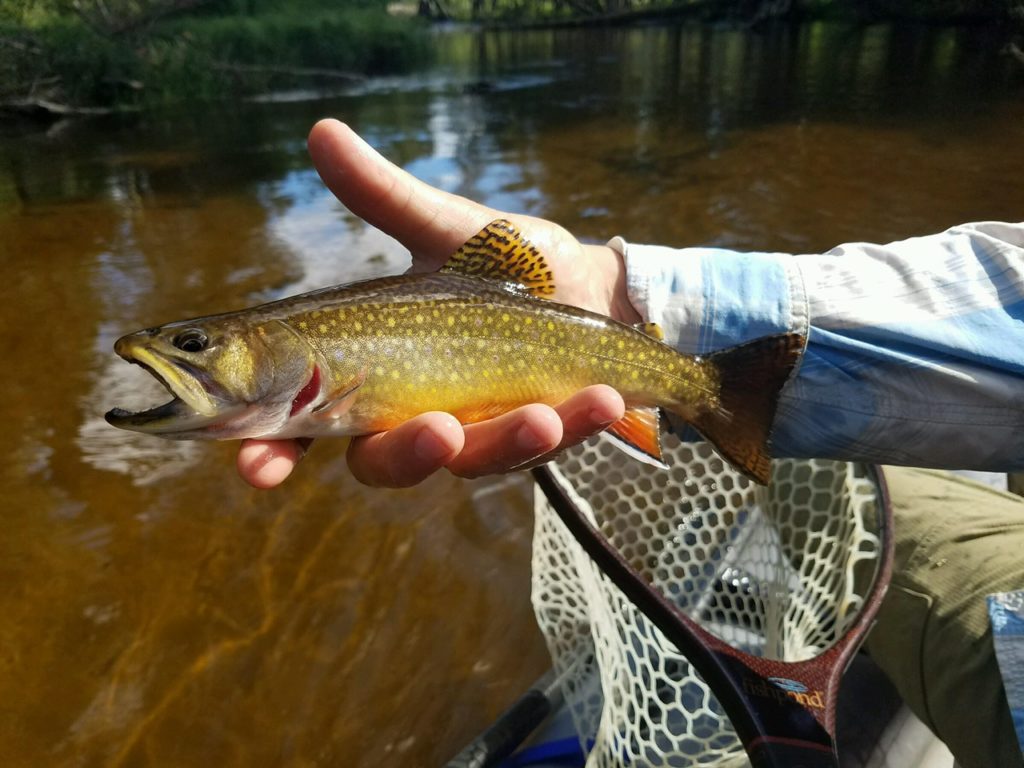 Throw in a few clouds, and a brown trout will do the same.  The best days are magic, and the mediocre days are still beautiful.

One last note, Floyd Sendmeyer, a long time lodge guest and great lover of the Au Sable, passed away this past year.  His wife was kind enough to donate his entire angling library to the lodge for guests to enjoy.  Don and Ted, who were already up here volunteering for Reeling and Healing, re-volunteered to assemble the bookcases.  This a cool gift, and a true treasure of angling literature. 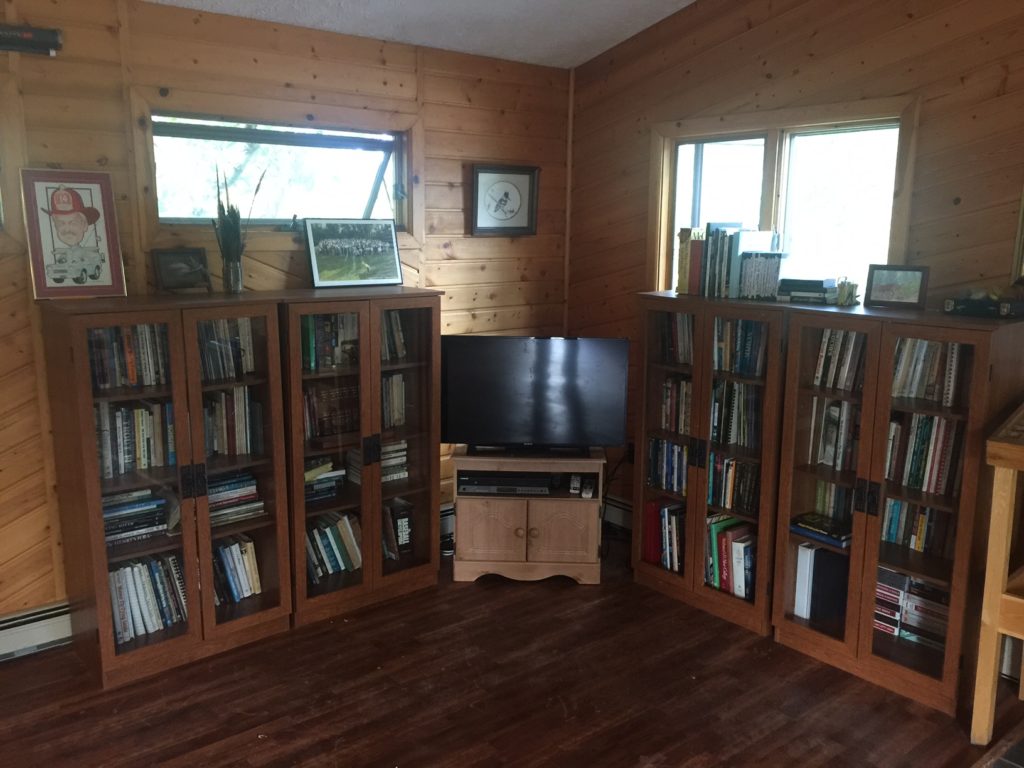 This will be our second year of producing a print catalog for those that still check their mailboxes!  Good back of the toilet material, if nothing else.  This is a print catalog, so we’ll need your mailing address.  Email it to me at [email protected] to get on the list!