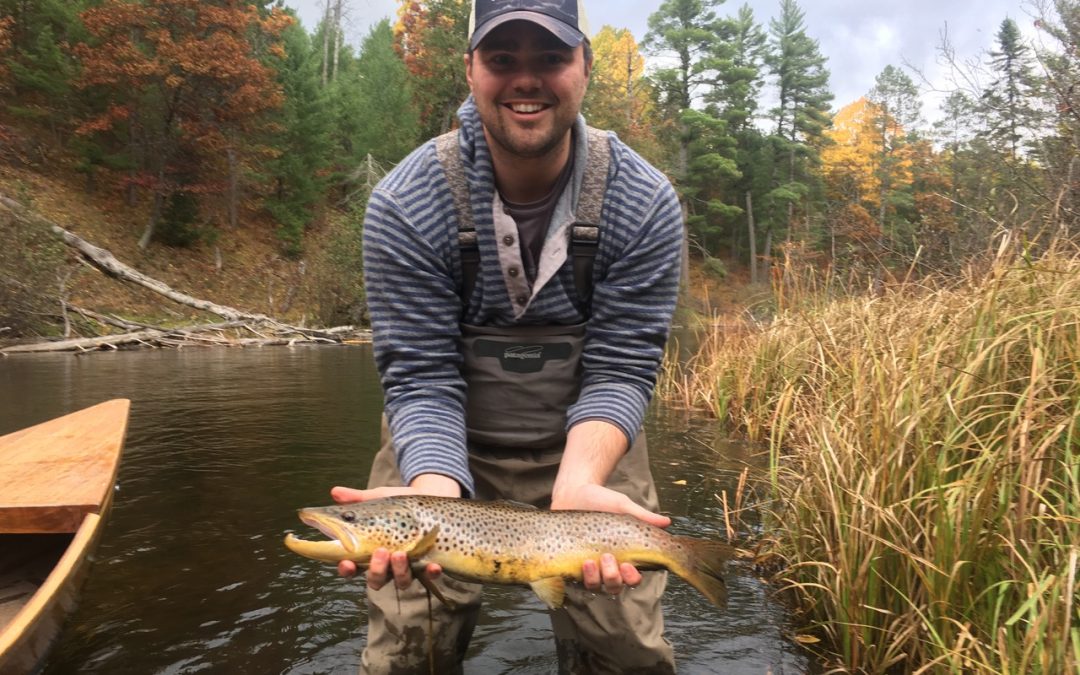 It’s impossible to float or wade the Au Sable without seeing a big logjam and thinking, “I bet a big brown trout lives in there.” Streamer fishing, major hatches, and electroshocking surveys provide evidence to support these suspicions. If you want a broader definition of where our trout live, you can look to the telemetry studies, which have shown that brown trout in the Au Sable tend to have a feeding spot and a resting spot (or a nighttime spot and a daytime spot). Light level and food availability tend to be the determining factors in where a fish will be sitting at a given time, but sometimes stronger forces come into play.

Yesterday Matt and I floated the Mason Tract. I’ve never seen so many big fish. Unfortunately, they weren’t chasing my fly. Most of them were sitting in the middle of the river in a few feet of water. As our boat approached, they’d slide to one side of the river and swim upstream. They weren’t spooking—just getting out of our way. Casting a fly in their direction only gave them another thing to dodge. We did see about a dozen large redds and quite a few smaller ones—some with fish on them, but no active spawning (except for a couple pairs of Brook trout). Those fish would wait longer to move out of our way, but when they did they’d do so with a little more urgency—and they’d usually head for cover. The past few days have been warm and wet. The river is in beautiful shape, but the weather is giving the trout mixed signals. The fish are happily passing along those mixed signals to us fishermen.

The deep runs, the inside bends, and the gnarly log jams seem abandoned. The handful of fish that we saw rise today were in nondescript, random spots—not prime feeding lies. If you find gravel, you’ll find fish. The better ones will often be sitting on marginal structure next to fast water. We had lots of fish chase our flies today—especially the big, black, articulated streamer. Most of the trout refused to commit, and the ones that did usually couldn’t get the fly in their mouths. When we’d switch back to a smaller black streamer in an attempt to finally get the skunk off the boat, the fish would stop chasing. As the day went on, the patterns became more clear, but we still fished every inch of water in hopes that we’d find a fish that was bucking the trends. We did [above].

While the trout seem to have left their homes, the woodcock haven’t. We’re still seeing good numbers of resident woodcock—they’re taking advantage of the warm weather to delay their departures and put on a little more fat before the migration. Any day our birds will be taking off, and new birds will be stopping for a rest. These flights offer some of the most action packed bird hunting of the year and an unparalleled opportunity to train a young dog or fix some bad habits for an older one.

Grouse are homebodies. They typically live their entire lives within a few miles of where they hatched, and they tend to stick to cover that they know will keep them safe from predators. Unfortunately for some grouse, good cover and plentiful food don’t always overlap. Occasionally a bird must stray from safety to feed. Two days ago, I was lucky enough to find such a bird — one that usually lives in an impenetrable tangle of spruce trees — out in a clearing. His momentum brought him home one last time, but my shot had connected fractions of a second before he made it to safety. Not a bad way to bag my first grouse after three years of trying. 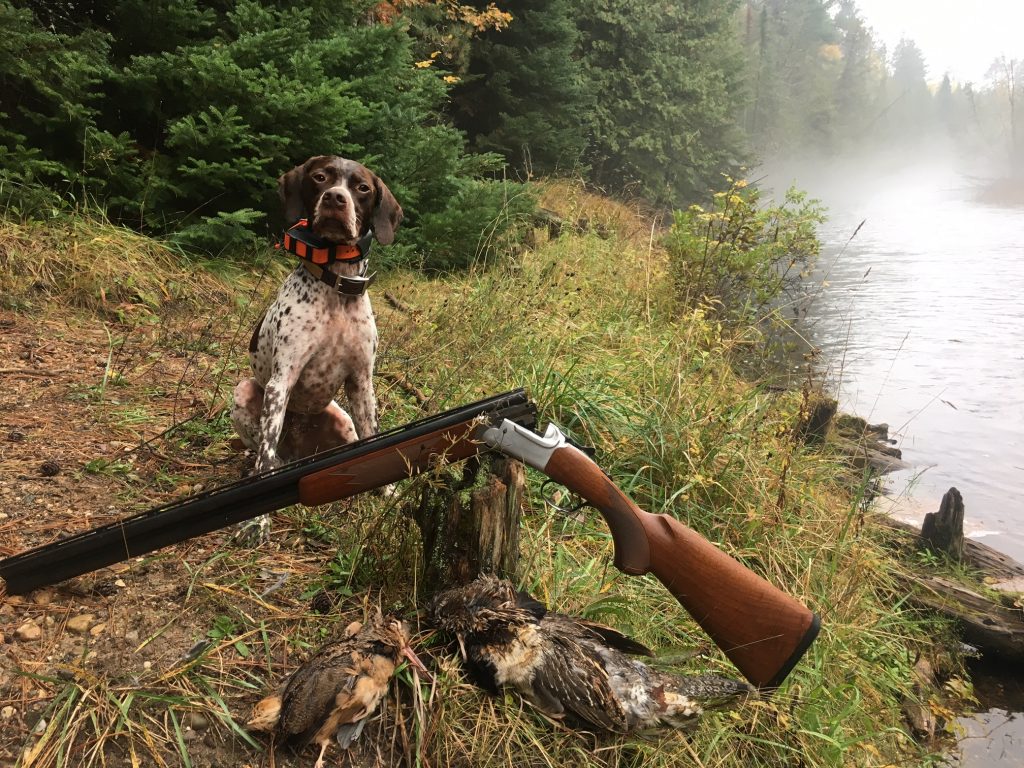 A few other notes:

We’re approaching our last week of the season!  Sure, we stay open after October 30th.  But the restaurant will close after breakfast on the 30th.  Instead of 17 rooms, we’ll have four rooms open.  The fly shop will be open from 9 am – 2 pm pretty much everyday from now until April (at which point we get back in action.) That doesn’t mean there isn’t plenty to do in November.  Or the rest of the winter… 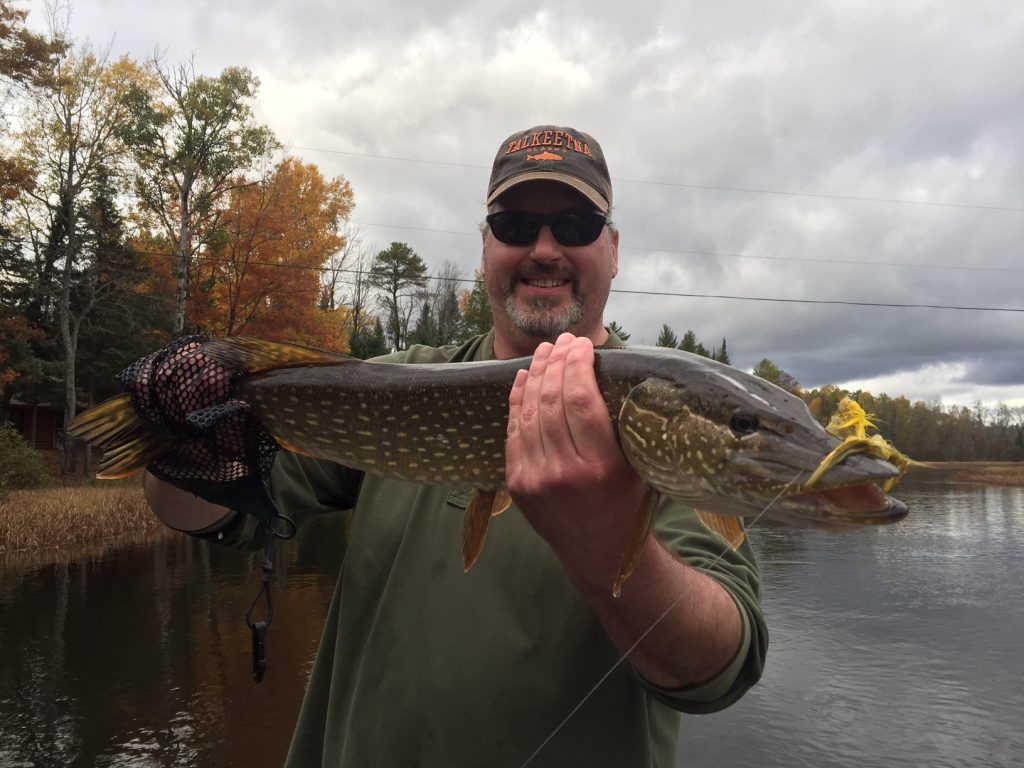 It’s gonna be a great week.  The fish will start spawning, and while this will keep a certain percentage of the trout population otherwise occupied, there will be plenty of trout — usually spunky hook-jawed males — willing to chase.  The cooler temperatures will mean two things.  The first is that we should have some awesome afternoon olive hatches on the cloudy days.  The second is that the fall streamer fishing should really get pretty sharp.  We have good water levels in the rivers, finally…including a good stain to the Holy Water.  We’re looking forward to ending the season on a great note. 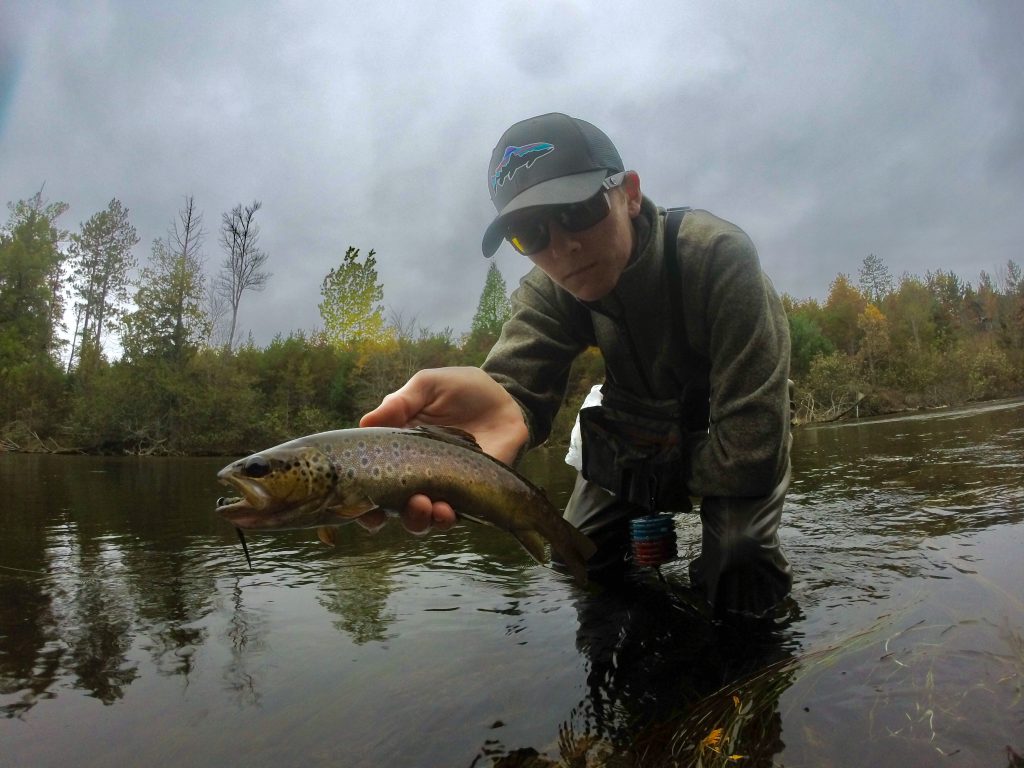 Lucas had a bad car wreck this summer to end his first season at Gates Lodge.  His hand got pretty mangled.  Several surgeries later, and his left  (line) hand still in bandage and wrapped in plastic, he’s out there streamer fishing.  I love it.