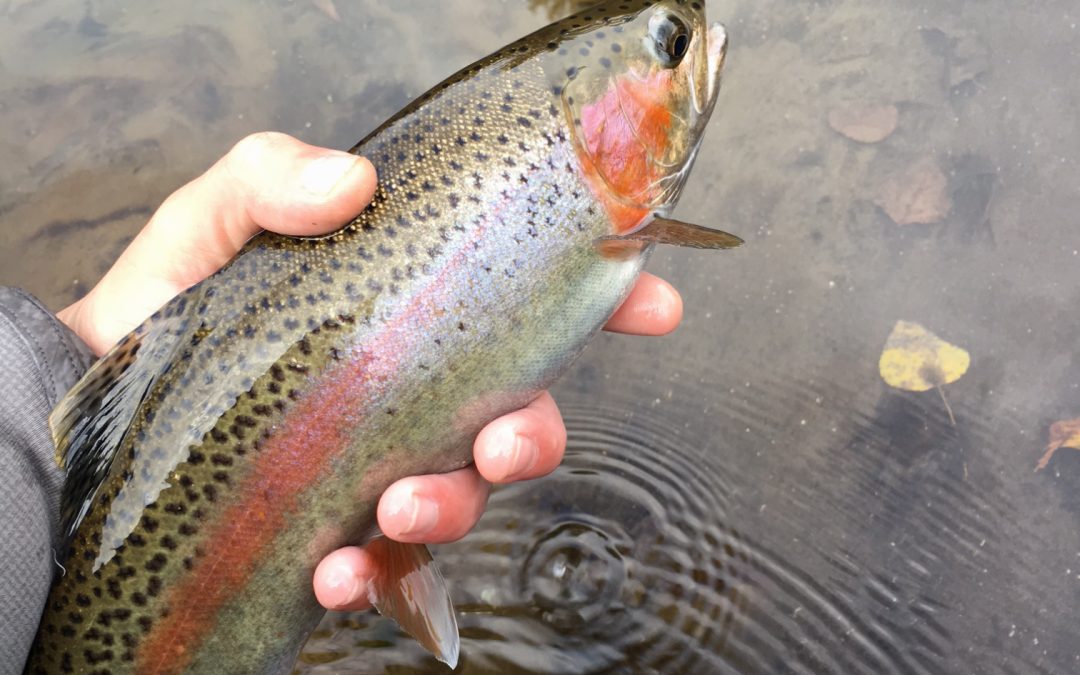 It’s the week of our annual streamer camp, which always butts up to deer camp, which butts up against winter. Greg and I began streamer camp about six years ago. Go fishing in mid-November and you’ll see everything: ice, snow, sleet, sun. We’ve caught some awfully nice trout, and have also participated in our fair share of death marches. This week it’ll be too balmy and too sunny. But we’ve found that if you stick with it and fish all day long, three days in a row, something will happen.

It’s this something that I find puzzling. Usually it’s a big fish or two, typically between two and four pm. A quick burst of excitement. A high-five or the groan of a lost fish. But it seems hard to fathom that this article of faith – that we’ll find something – is based on such a tenuous series of events: That your fly will blindly swim in front of the very few fish motivated enough to eat. Later in the winter this connection to success becomes even more frayed. I remember a mid-winter float when we moved, and landed, a single solitary trout. Seven hours. One trout. A nice one, yes. But one. What if that trout hadn’t showed?  What if I’d stopped casting right then to warm my hands? Would that change in casting rhythm resulted in a missed opportunity that might have found a different fish downriver? Or was that blind luck the difference between being skunked and not?

We call these trout, unfairly, village idiots.   But they are also daymakers.

So I’m geared up for three days of trying to make luck happen in the wrong conditions. There’s a pile of fishing crap on top of the freezer in the garage, which is distinguishable from the many other piles of crap in the garage only because it looks a little fresher.  We have noticed some trends over the years. That black is almost always the color. That when the fish are in post-spawn, you pause the fly when a fish is chasing it. That inside banks and inside drop-offs are better than those sweet deadfall-laden outsides . That some years, like last year, that would be good anywhere in the world. And there are years, like the one year on the Manistee, that you just hope for a trout.  And when the week is over, and your hands are bent into claws and your cheeks feel like you’ve successfully summited a windswept mountain, you’ll probably have found a few.