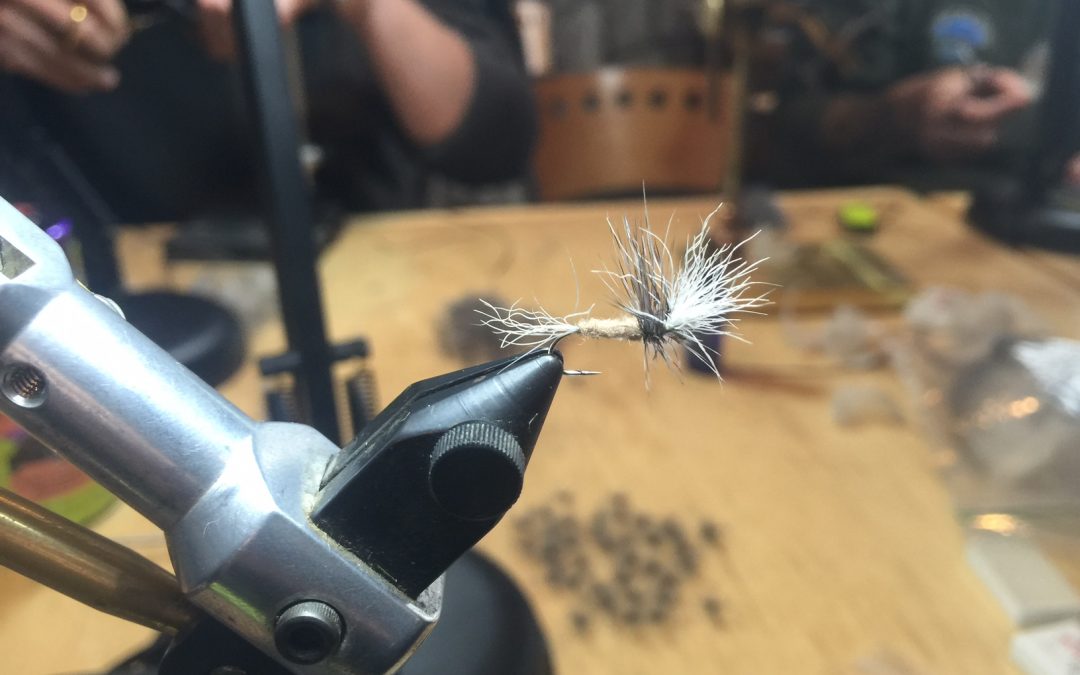 The Quigley style emerger has gone thru many a metamorphosis.  We are guilty as the next mad tyer.  But this iteration is one of our favorites: the rabbit foot fore and aft is tough, and it floats like a cork.  The rest is gravy.  Takes hardly anytime to tie, can be adapated to imitate any number of bugs, and is a great fly to fish on one of those magic May afternoons when it seems that everything is hatching.  Below are the materials in this sample, but experiment to match your hatch of choice. 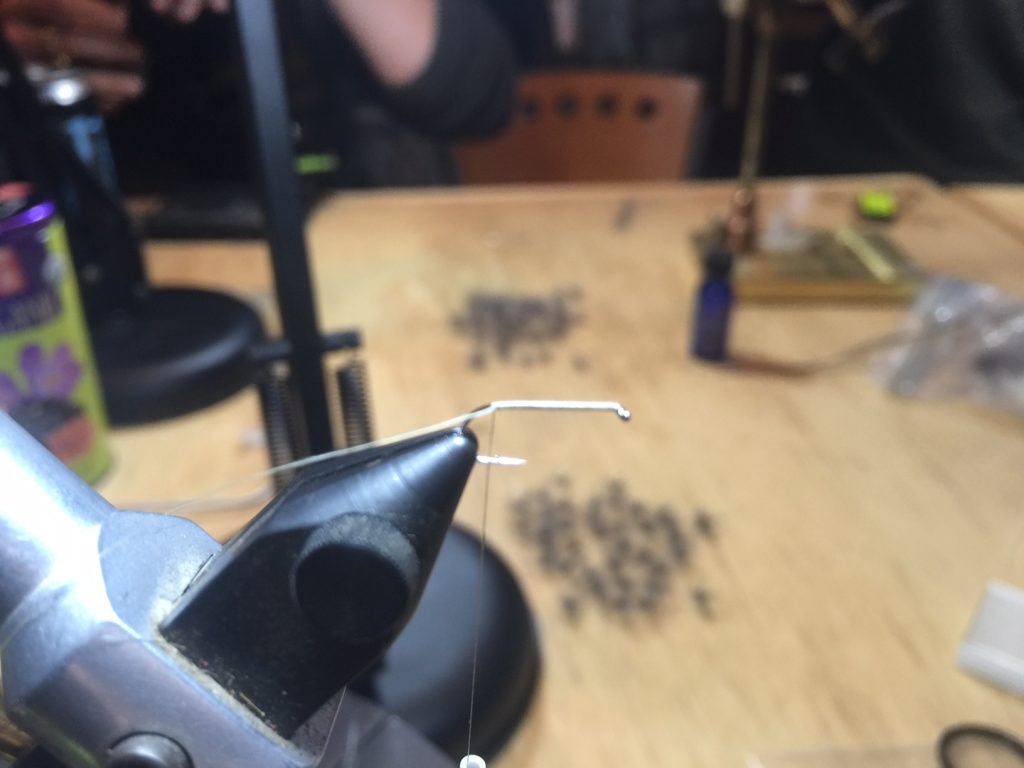 Cover hook with thread.  The reason I included this basic step is because rabbit foot is by its nature a difficult material to work with.  It tends to twist on the hook shank.   The better your base, the stronger the fly. 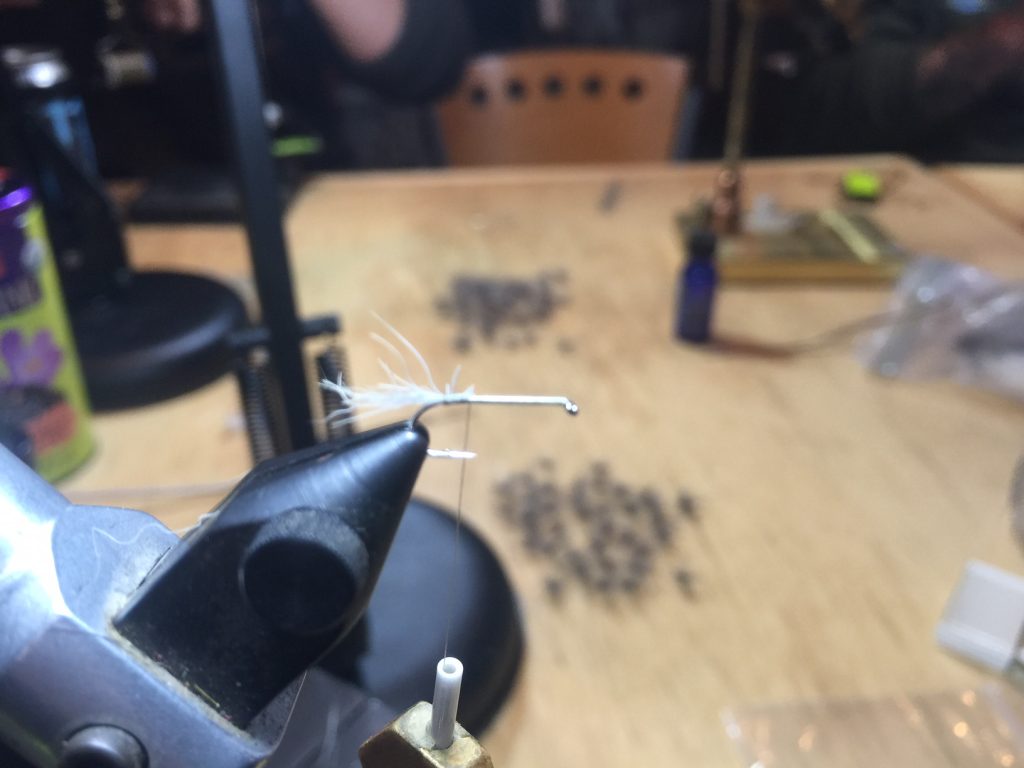 The tail of this fly is simply the same material as the wing.  I get the tail of the material from the coarser toe part of the rabbit foot, and the wing from the “forearm” part (the soft stuff).  Be very fastidious with your connections of the tail and wing. Soft wrap, and then three or four strong wraps. 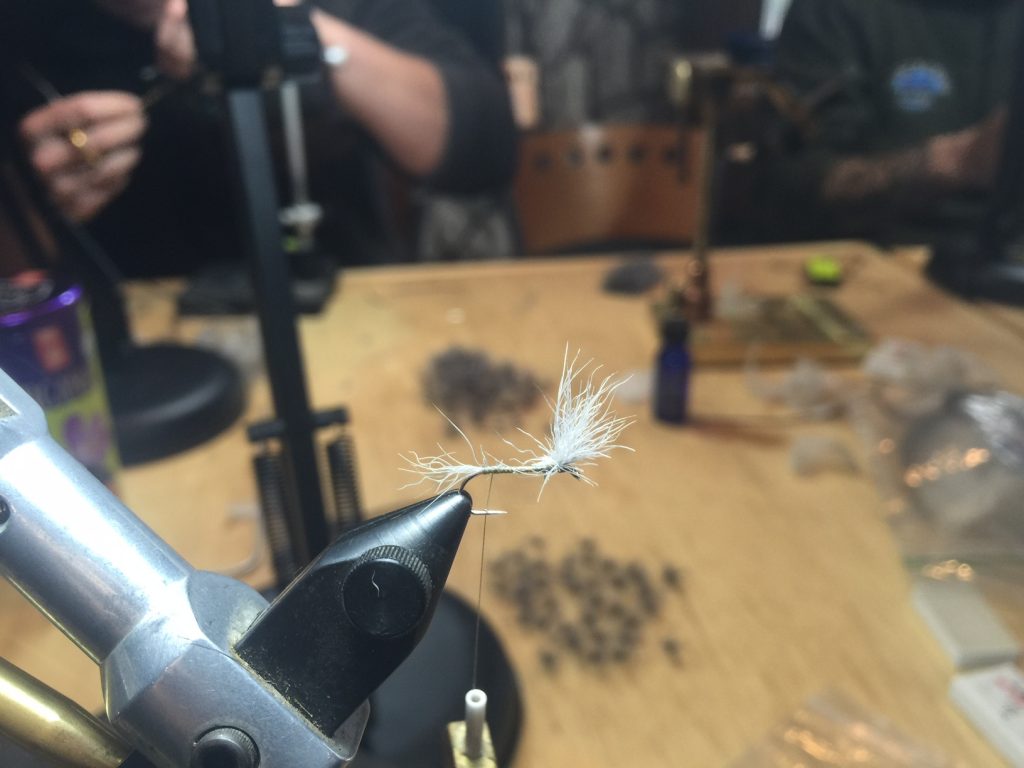 The reason I like to attach the tail and the wing before the dubbing and hackle is so I can put glue across the abdomen of the fly.  This holds the rest of the fly steady. 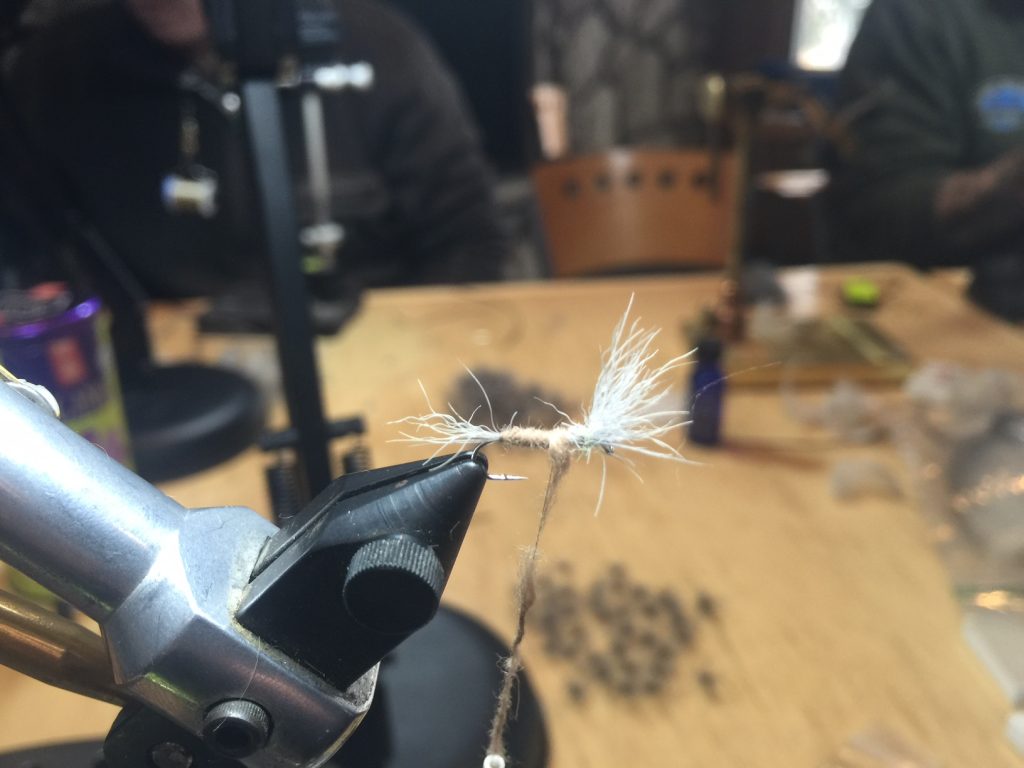 Dubbing is easiest hard step of the process.  The in teaching this step to other tyers, I recommend holding the dubbing in your bobbin hand, between the thumb and index finger, and tearing it out with your other hand.  The tearing process creates a veil of dubbing that will go on the thread much easier.  The thinner the dubbing is on your thread, the more control you have over your proportions.  You want your decisions, and not your mistakes, to control your proportions. 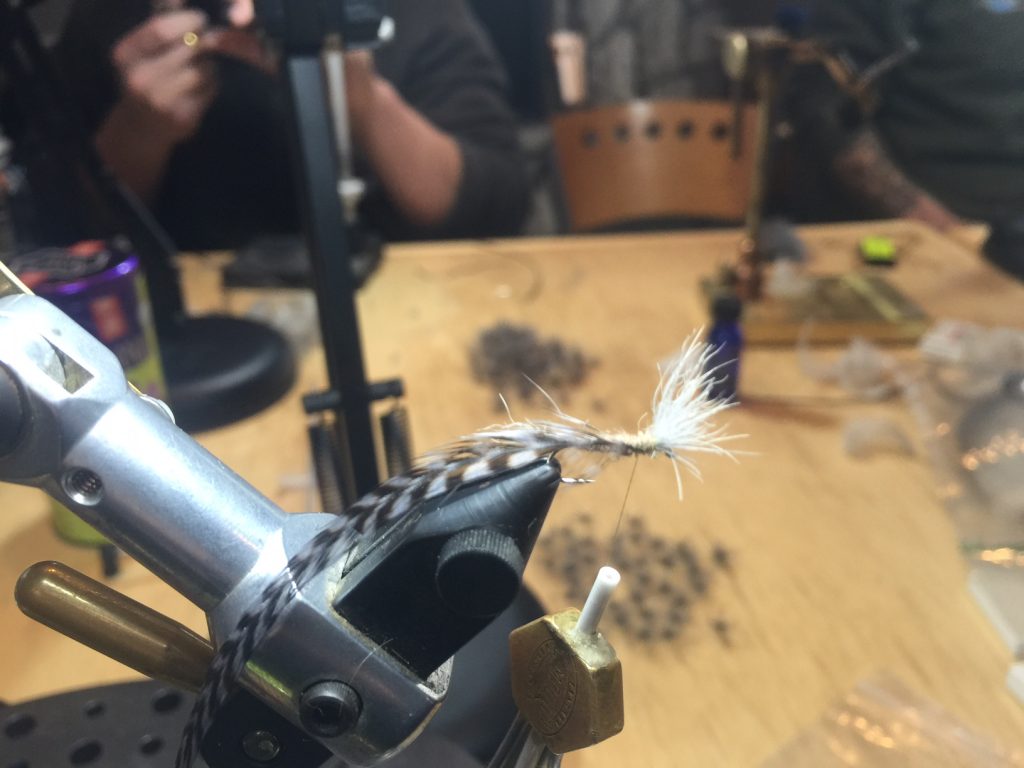 Tie on the hackle stem forward so that you’re wrapping over and hiding the stem.  I like nice even wraps, but you don’t need to squeeze in 8 wraps of hackle.  Three or four full wraps makes for good proportions. 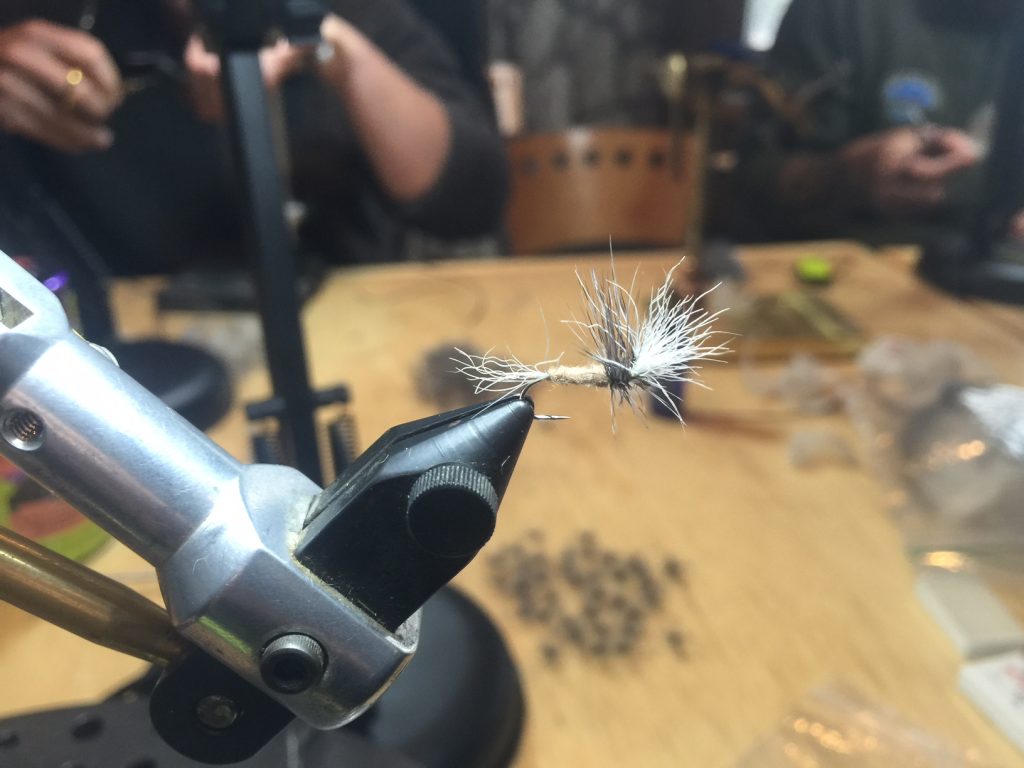 Here’s the finished fly.  I typically trim the bottom of the fly so it sits flush.