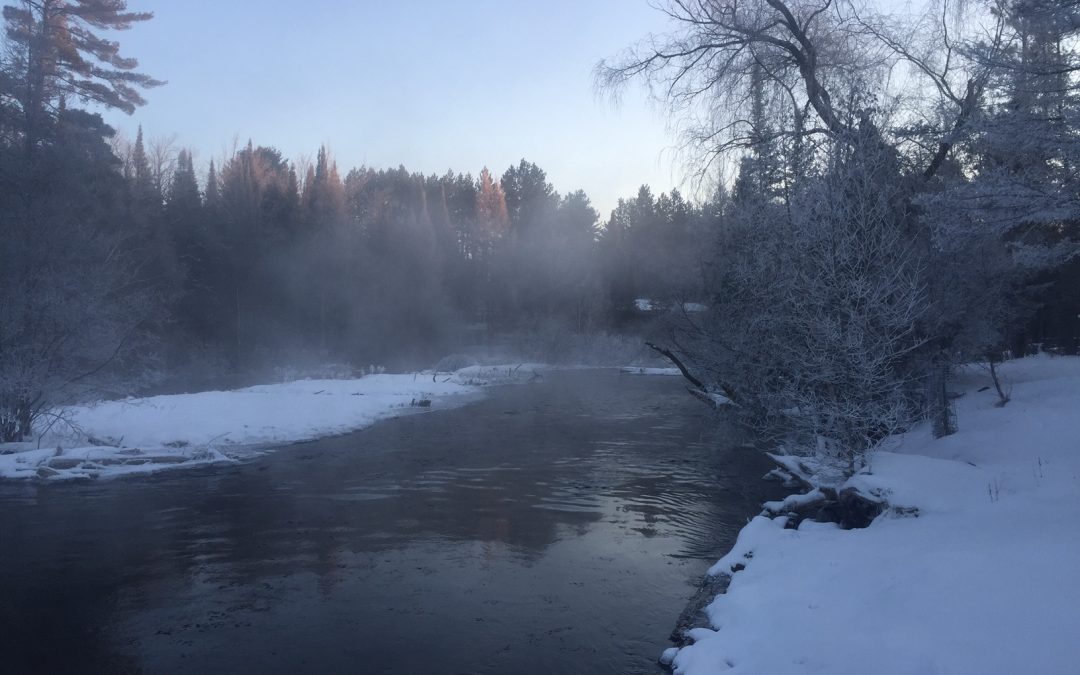 It was a wild week on the Au Sable.  The cold days felt warm (maybe ’cause we had a fire going) and the warm days — particularly yesterday — were of the “froze our asses off” variety.  I’m not sure anything is as cold as 35 degree sideways rain/slush mix.  Maybe we’re getting old.  Not sure.  But Verlac and I rowed it out yesterday after three good hours.  Well, he rowed.  I kept casting like every guide in the world will tell you not to…and caught the biggest trout of the day from some hexy-looking backwater.  It was a cool take: white mouth rushing upward. 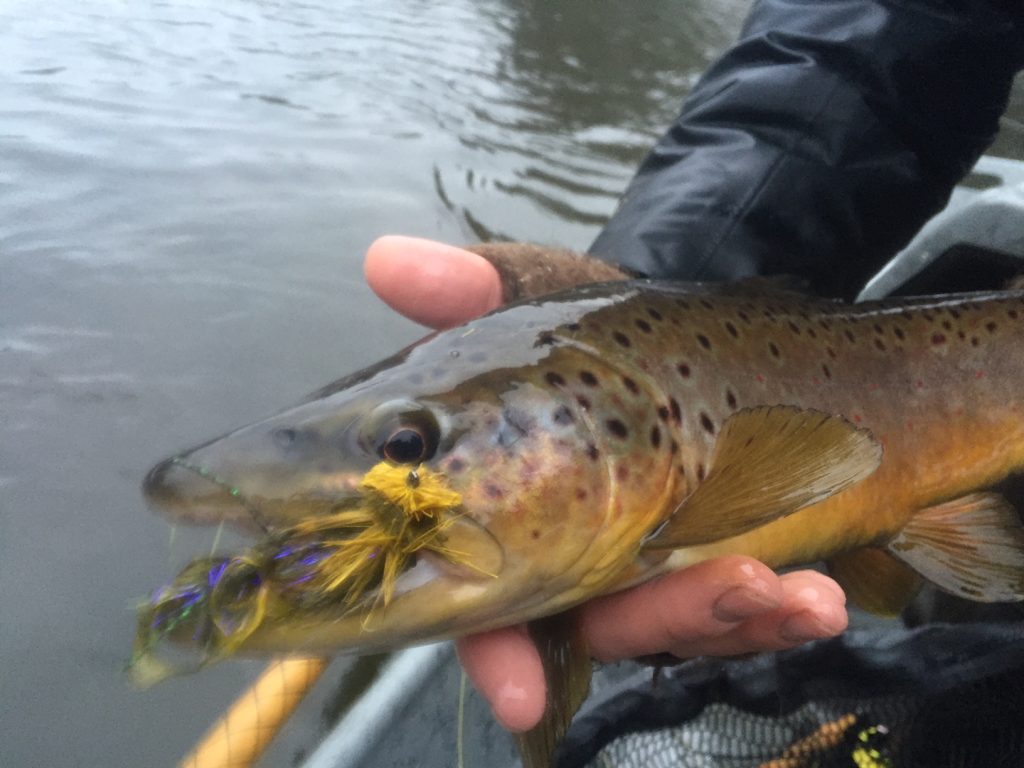 It was a nasty day that culminated in iced-out roads and not a soul behind the wheel.  It was that kind of nasty.  The day started ominously with the discovery that the plug hole in the driftboat was sealed by about three inches of ice.  This natural patch job lasted most of the float, but when it popped, it POPPED, and we could barely get the hole cleared off enough to get the plug in.  Couple that with a 25 mph car spot due to white out, getting the truck stuck by sheer foolishness (we don’t need no stinking chains), and the twenty or so trout chases we had…it wasn’t half bad. 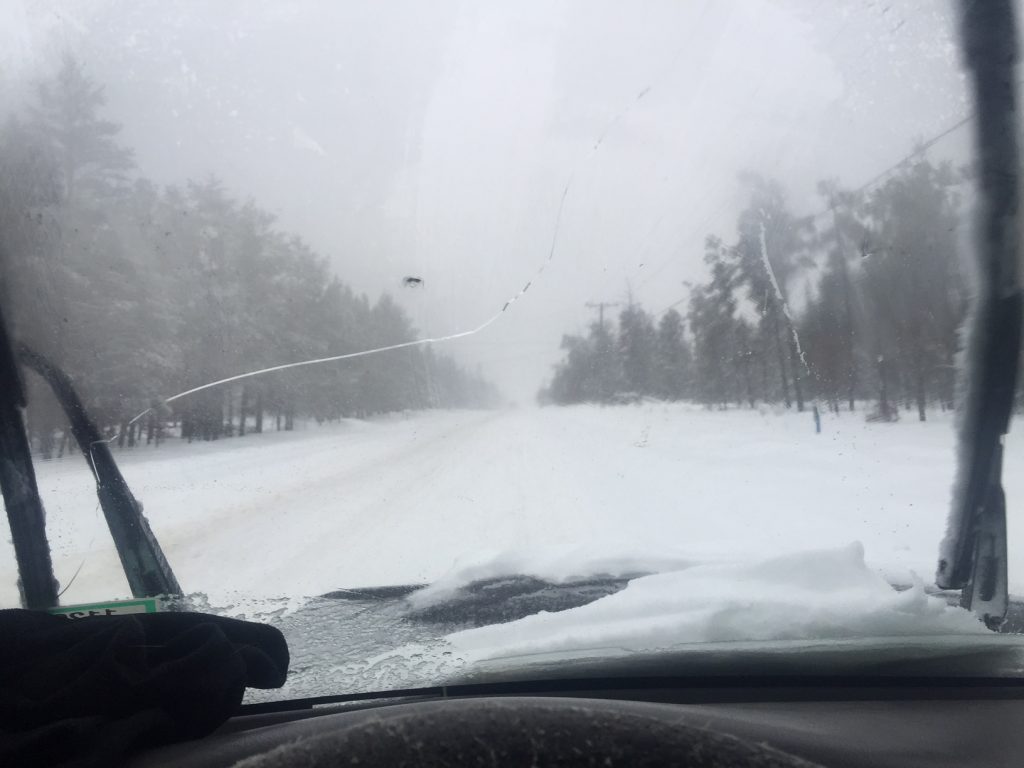 Next week looks even better.  This winter, like last winter, has been for fishing, or even just being outside.  We’ve got a huge pile of snow to ski in, the lakes are frozen enough to jig thru, and the rivers seem to be back to life: lots of 10-14 inch trout, and enough big ones to keep it interesting.  We’ve got open rooms and even open guides.  If your schedule allows, take a long look at next week, Monday – Friday.  We’ve got half day floats available most days, and the river has been empty.  Definitely a good combination.  Our winter room rates are $60/single and $75/double. 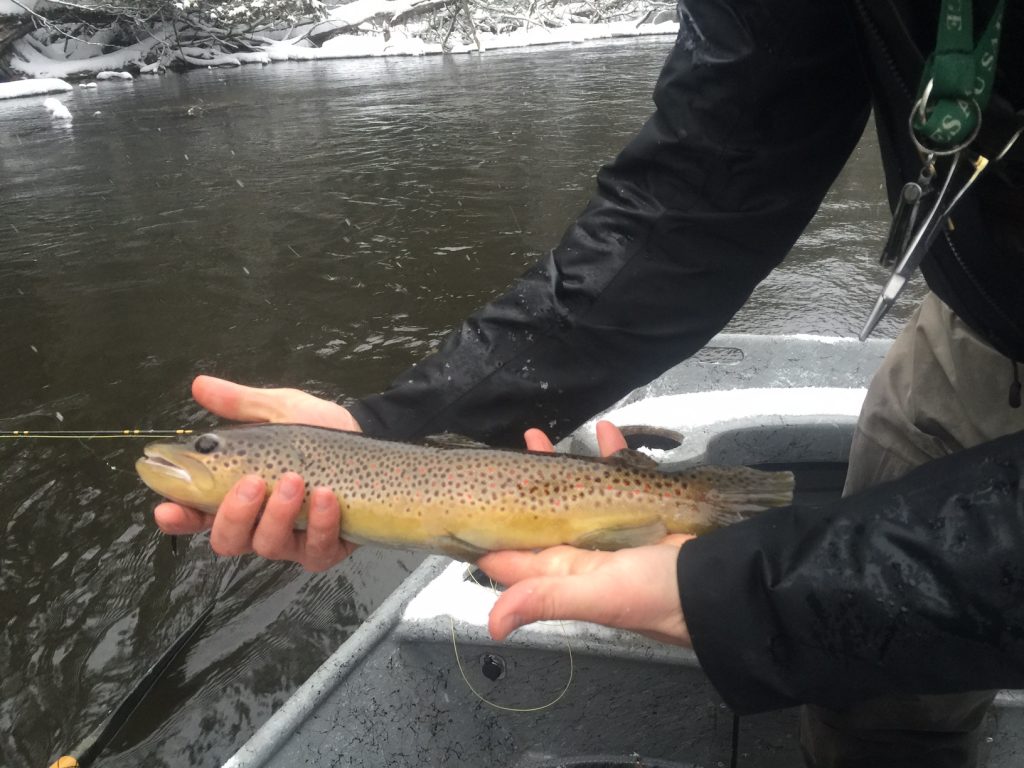 This trout ate this week’s Fortnightly Fly.  Beautiful colors, but no pectoral fins!

We’re diving into 2017.  Working on the spring catalog, the menu, new products (We’re carrying all sorts of new products for 2017, including G. Loomis Fly Rods) all that fun stuff.  Nothing says spring though like a good old-fashioned fly fishing show!  There’s a new one this year in Grand Rapids, and we’ll be there.  If you want a nap, I’ll even be speaking at it.  Grand Rapids is a fly-fishing city.  This show should be cool.  Here’s the flyer: 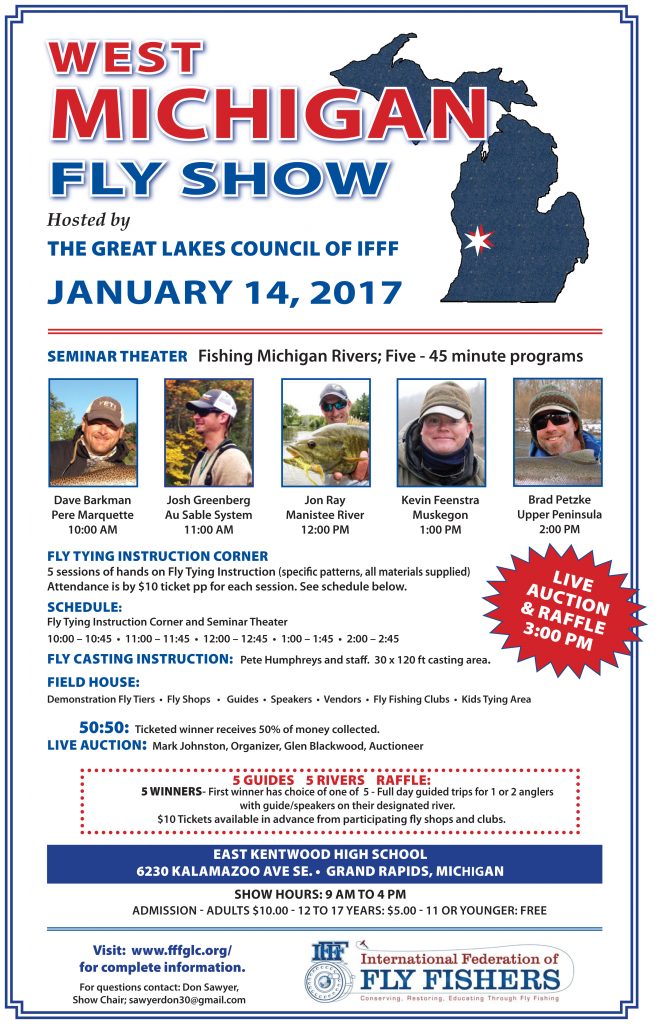 The Anglers of the Au Sable will also be at the show.  They’re auctioning off a special Bob Summers 735, selling tickets to their 30th anniversary banquet, and otherwise trying to keep the largest fish farm in Michigan off the headwaters of the Au Sable.  It’s been a long fight, and it’ll probably get even longer.

We have rooms open all winter…$60/single and $75/double.  Fishing, tying, skiing…there’s lots to do in the winter and the lodge is a great base camp for it.  We actively to all three, we even ice fish, and can help direct you to some up north fun. 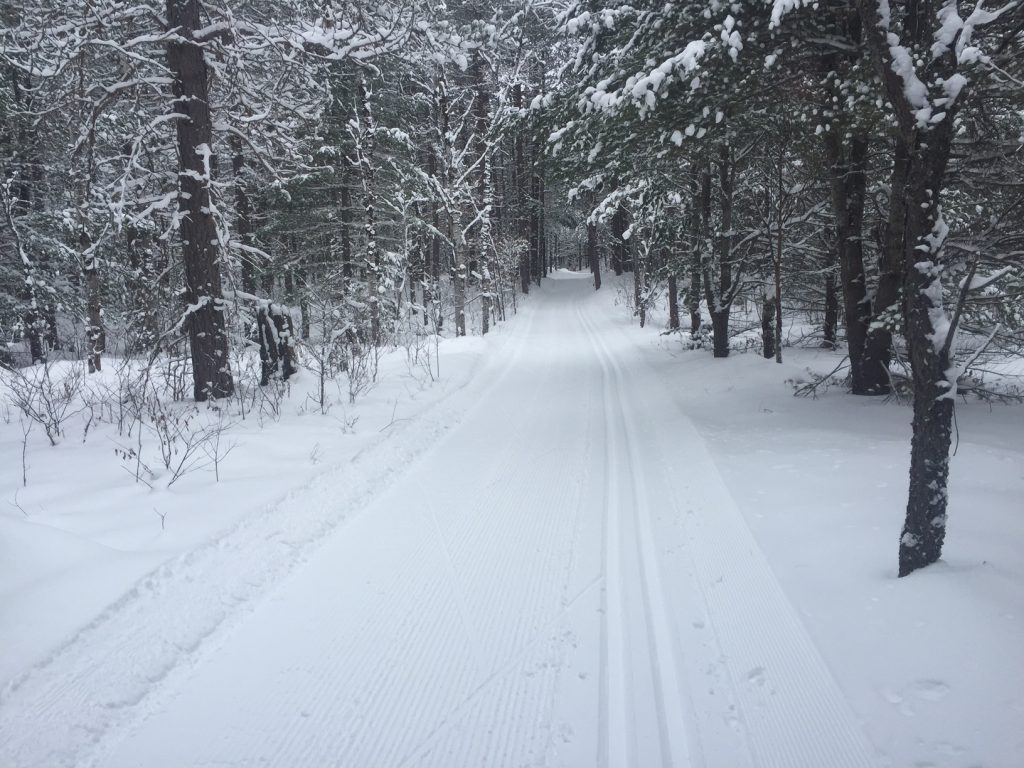