we gotta pollute the river 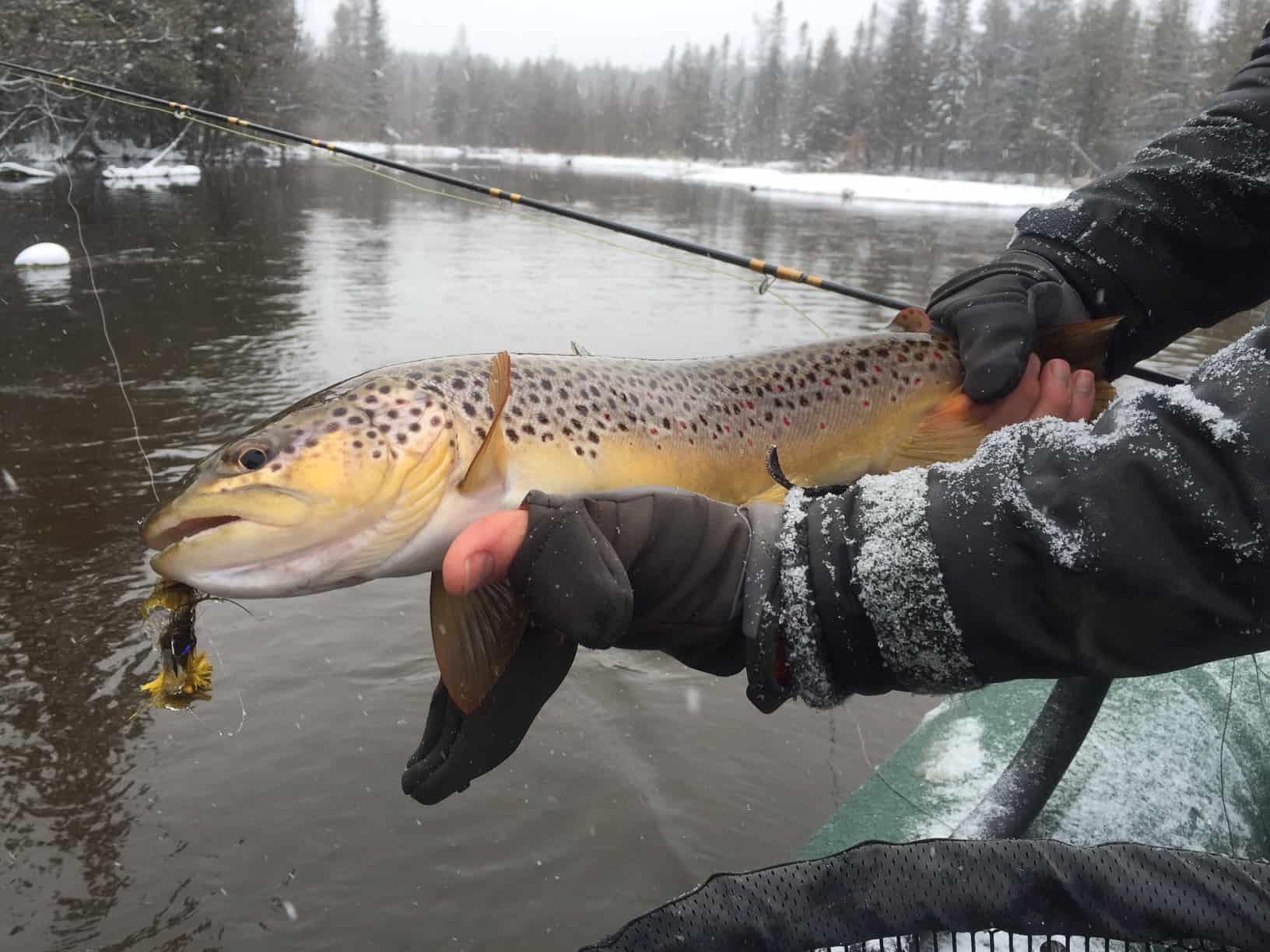 So we heard from the judge in the case over the Grayling Fish Hatchery permit.  The judge rendered a Proposal for a Decision.  The actual decision comes from DEQ director Heidi Grether.  The judge provides a recommendation, of sorts.  In this case, he did note a few deficiencies in the permit, which is good.  He recommended more monitoring, and a timeline for quiescent zones.  But he also recommended the permit carry-thru, and that’s bad.

I want to start with this quote from the decision:

“Because the anticipated beneficial impacts of the Hatchery outweigh its expected detrimental impacts, the project will yield important social and economic development in the area in which the waters are located, such that the lowering of water quality is necessary to support important social and economic development.”  Daniel L. Pulter, Administrative Law Judge

I understand there are people that think the only way to keep the Grayling Fish Hatchery here is to make it some giant fish farm.  I’ve heard some arguments about how important the Grayling Fish Hatchery is to the local economy.  Neither are demonstrably true.  I do know that lowering the water quality of the Au Sable River in the name of two jobs is a bad idea.  I can demonstrate what lower water quality does to the economy of the Au Sable River.  Every time the river gets dirty, the cash register quits ringing.  Not just at Gates Lodge, but all across town.

I believe that DEQ director Heidi Grether can figure out which resource keeps hundreds of Grayling residents in jobs.  It’s not the dead trout on the plate, it’s the one that just rose to your fly.   In total, Michigan aquaculture produces $5 million a year.  That’s good numbers for a gas station.  It’s nothing compared to fly-fishing in Michigan.  In fact, the entire production of Michigan aquaculture is probably just a wee bit smaller than that of fly-fishing on just the Au Sable River.

When I took a letter around Grayling to have it signed by folks that didn’t support the permit,  business like Spikes, Fullers, Stephan Bridge Party Store, Paddlehard, Old Au Sable, Northbound Outfitters, Riverview Lodge, and others joined right in.  These are businesses that rely on the river as it is now, not how it is after the “expected detrimental impacts” of the “new” Grayling Fish Hatchery and it’s 300,000 pounds of trout.

I believe that Ms. Grether will know that there are places that are perfect for agriculture.  Some are probably okay for flow-thru aquaculture.  But unless there are real, clean measures added to the requirements of the Grayling Fish Hatchery, this just isn’t one of them.  If this permit lowers the quality of the water on the Au Sable – and the judge has ruled it does, and will – it will cost this town jobs, money, and tax base.  Judge Pulter is wrong to think the benefits can outweigh it.  If the Grayling Fish Hatchery was so important to Grayling’s economy, where was the Save the Hatchery fund?  Where were the legions of volunteers and letter writers?  The Grayling Fish Hatchery is a half-hour stop on your way to the clean, clear, cold Au Sable River.  It’s a roadside attraction, not the attraction at the end of the road.  The attraction at the end of the road — many roads, in fact — is the wild trout fishery of the Au Sable.

The judge gave Ms. Grether one proposal for how a decision might go.  But I hope she’ll consider an alternative one as well.   She should revoke this permit.  Keep the river, and our town, healthy and employed.

And now a quick fishing report…

In short, the rivers are in fine shape, and despite the colder weather the trout fishing is still pretty darn good.  This has been a good, mild winter.  I’m excited about the size and numbers of fish we’re seeing, and the lack of a deep freeze.  We moved fish on black and off-yellow on our weekly float.  Verlac saw a MONSTER.  I saw it too, of course, being the sort of rower that spends as much time watching the fly as I do steering.  I had the GoPro on but it only recorded audio (?) so I now know what I sound like when I see an enormous trout chase my friend’s streamer.  He is still upset about it.  I would be too.