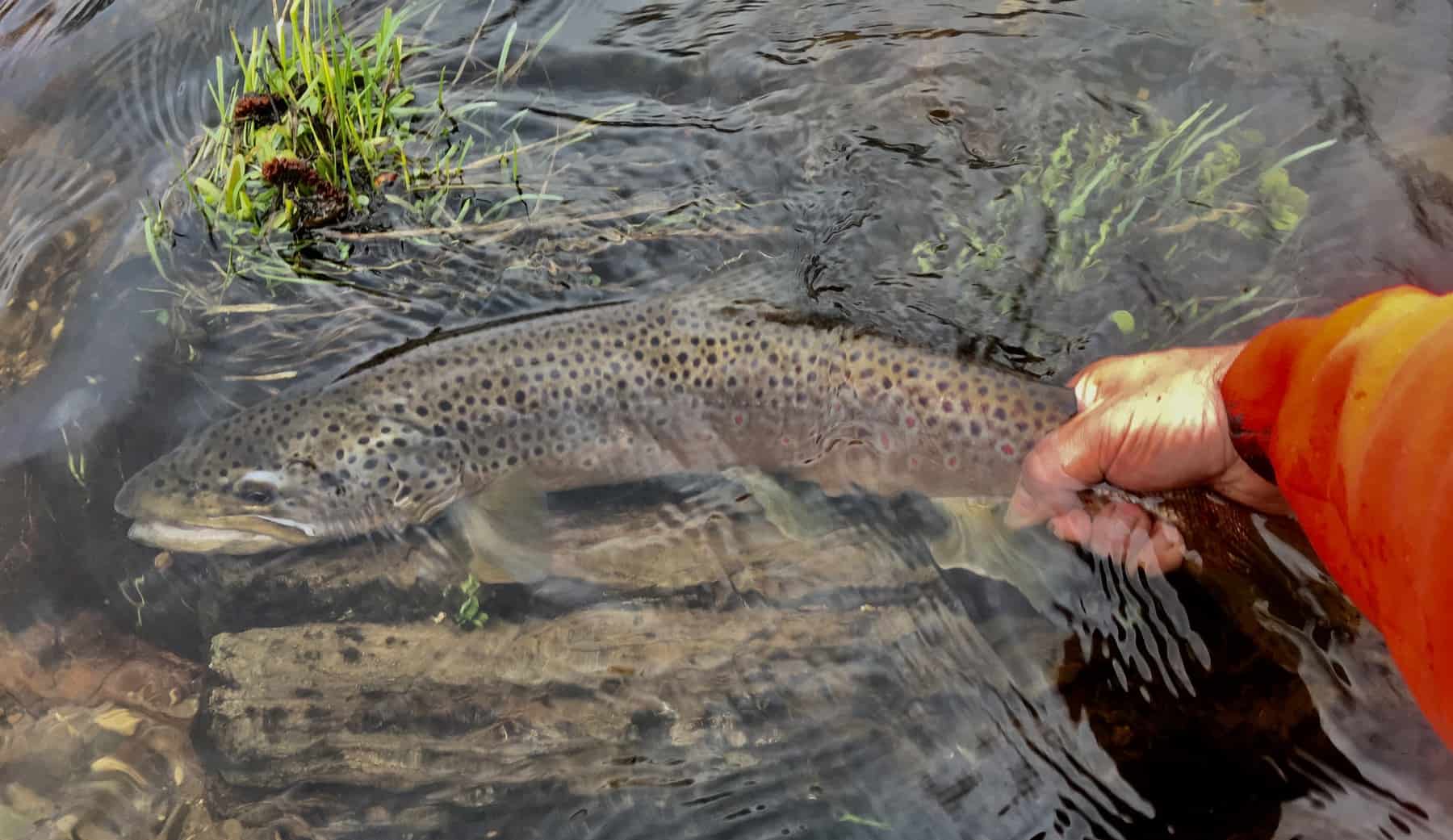 Anglers of the Au Sable 30th Anniversary Banquet: While we’re officially sold out, I’ve got a few tickets squirreled away at the lodge.  Please contact me if you’re interested: [email protected]

Running parallel to almost every well-trod anglers’ trail is a less defined and infinitely better secret anglers’ trail.  This second trail is almost always overgrown, and is always further from the river.  When the river bends toward the main trail, this secret trail sneaks quietly away.  And I bring up these parallel trails because the use of the inferior one may have cost me a redemptive shot at a big rising trout that I’d missed a few minutes earlier.

Junker and I were visiting a nice patch of flat water for the evening spinners and while the bugs were sparse they were present: hendricksons (duns and spinners), BWO spinners, and even I thought a few Leptophlebia, also known as Borcher’s Drakes.  The trout were rising without rhythm but enough to target.  The best fish was rising on a little gravel hump next to some tag alders.  It is a small spot – twenty feet or so – but it’s one of the best.   I’m pretty sure it was a better fish than I’d like to admit.  I pulled the hook out the first time – either I was too quick, or the trout refused me.  I waited and watched but the fish didn’t return.  I left to find others, caught a few small ones, and then returned along the big path next to the river.  As I walked past the gravel hump, the trout rose.  I was literally standing on top of it.  I’m sure the trout spooked.  It never returned, I know that.  And it made me admire the secret trail some twenty feet back from the river edge, its meandering course, and perpendicular cut-ins to the river…and to curse the neophyte’s trail that had tempted me with its easy walking and scenic views.

I’m writing this at 6 pm on Wednesday because it’s 75 degrees out and I’m going to go look for a spinnerfall tonight.  The fishing this past week has been more or less excellent, particularly the last few days.  The water flows have dropped on all three branches and on the Manistee.  The hendricksons are hatching throughout the both river systems, including below Mio dam.  The great water temperatures and improved trout numbers have made for some excellent fishing, be it streamer, nymph, or dry.  There are few hiccups in the forecast but nothing that we haven’t seen, and fished through, during previous Hendrickson seasons.  The water temperatures have zipped all the way up in the to the high 50s.  We saw our first few black caddis today, the size 16s.  A fun, and frustrating, hatch.

Today was hot, windy, and the rise was best in the morning.  Curtis fished a streamer through the afternoon.  Not a bad choice: 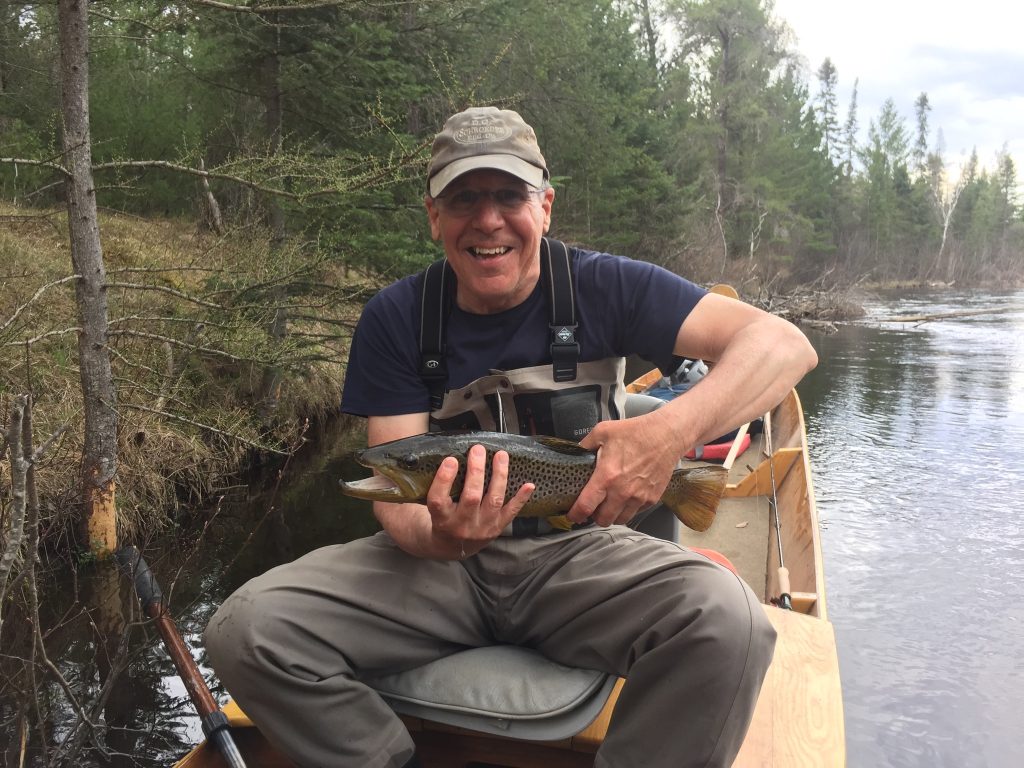 I know the fishing is good this year because everyone is smiling.  They are smiling because of yesterday, today, and tomorrow.  Chef Matt caught a half dozen fine trout at 3 pm on a bluebird day on dry flies.  Last night, John Sheets lost a fish on the spinnerfall that was in the high teens.  There are trout rising on the South Branch.  There are trout rising in front of the lodge.  The river is alive this year, spring came quick.  And over the course of the unsettled days ahead, it’s important to fish with confidence.  This is a good year.  Cherry pick the afternoons during the cold days, and fish late on the warm ones.  Fish nymphs when they aren’t rising, and enjoy the many different stages of the hatch.  If it’s raining, don’t hide out in your car, tent, or hotel room: tie on a streamer.  The streamer fishing has been very good this year.

The other day, my son Holden and I watched a hatch happen from start to finish.  We laid on our bellies at the dock at the lodge and watched the nymphs ascend.  Terry joined Holden for some some science.  It was fun to listen to.   And then we cast at risers from a friend’s dock upriver as the duns poured off: 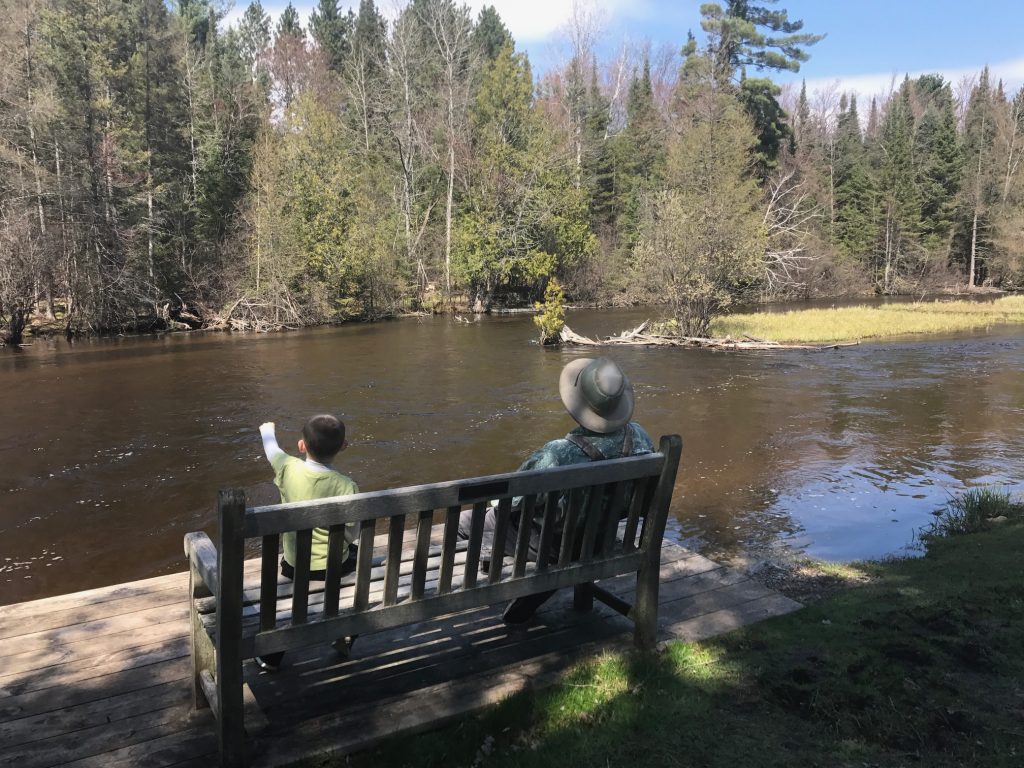 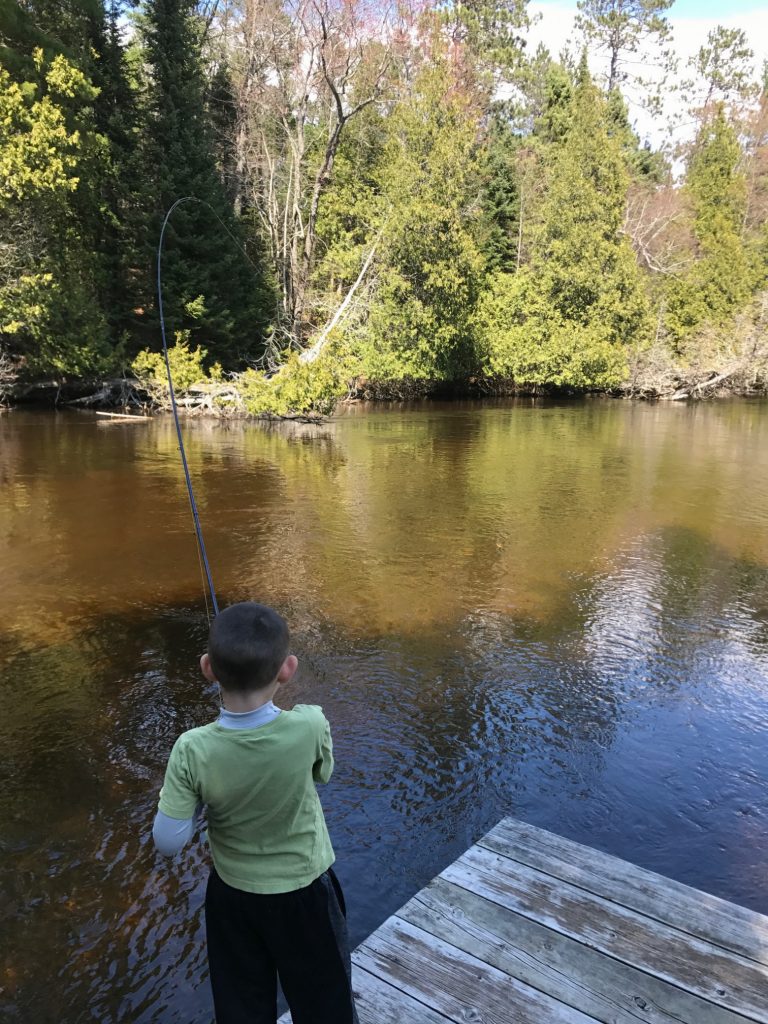 What I mean to say – and what I think we all mean to say as we excitedly recount the last few days’ fish stories – is that it’s good to be starting the season.  It’s good to be sitting on the South Branch with your wadered legs in the water marveling at the chattering speed of a kingfisher, the peepers, the wind in the tops of the big white pines.  It’s good to see a bubble line come to life, and to cast at trout.  Starting a new trout season is like opening a book that you haven’t read that was written by your favorite author.   Here’s to the start of another great one…

Opening Day is often Chili, 11 am – 2 pm, Saturday, April 29: Yeah, it might be this year!  Grab some chili before you hit the river.  Two kinds of chili and a side of corn bread.  Served just before the giant Hendrickson emergence.

Fly Casting with Mark Hendricks, May 6, 8 am – 12 pm: This class will benefit almost everyone that fly-fishes.  We host this is in the morning so you can work on your fly-casting when the fish aren’t rising, and catch them with your newly refined technique when they are.

Hardy Day with John Shaner, May 6, 9 am – 2 pm: Learn everything there is to know about your Hardy gear.  Appraisals, explanations, and service (he’ll lube up your reel and show you maintenance techniques).  He’ll also be showing off Hardy’s unbelievable new line of reels, including the Hardy Marquis, my personal favorite.

Buy this Trout Truck, help out Anglers of the Au Sable 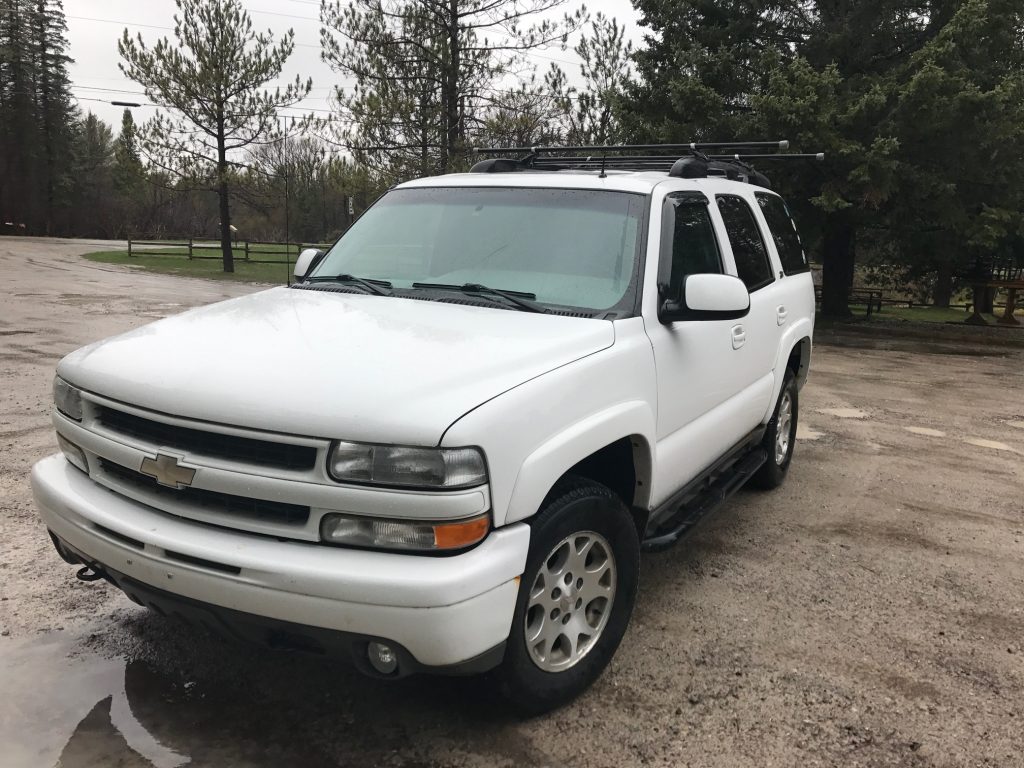 For only $2000, here is the perfect trout truck.  Already tatted with proper stickers.  Interior is leather and there is a cover across the back for wet waders.  Park this in front of your trout camp and forget about it!  Will tow a boat.  Leave it loaded for risers.  Has a few rust spots, which will help deter prospective burglars. 203000 miles.  $2k.  You pay the owner, the owner writes a check to Anglers.  Interested?  [email protected]