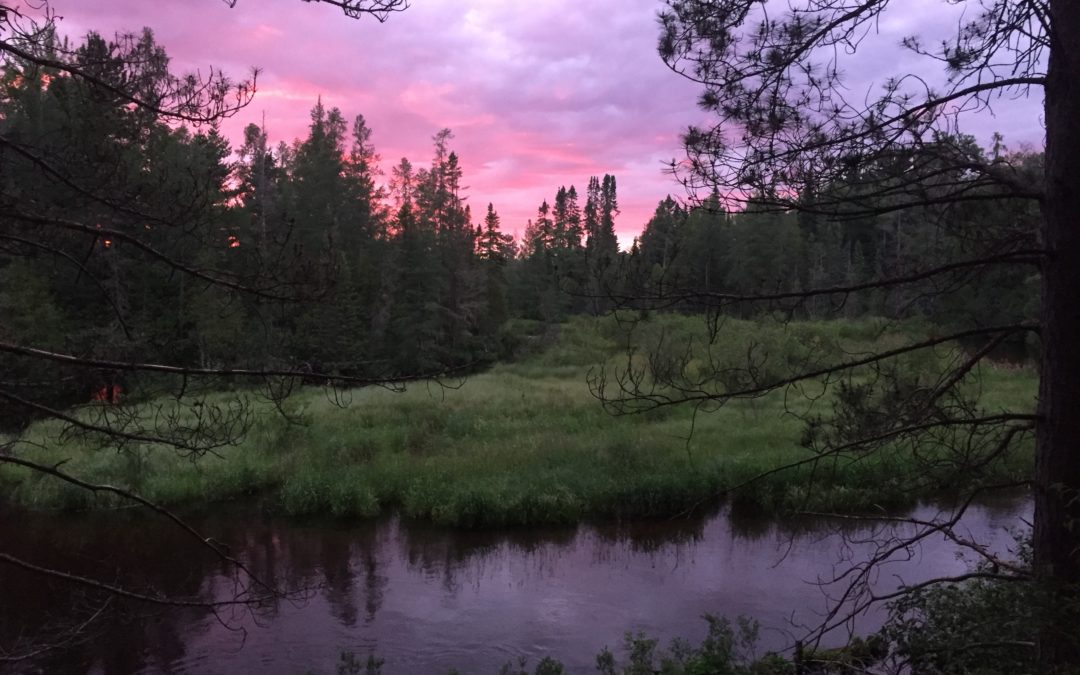 What a messed up hex season.  Does this make it normal?  Maybe.  Maybe not.  I’d say in general the bugs have been harder to hit in 2017 than they have been most years.  A few anglers have guessed right almost every night, and even still there were nights that were strangely blank.  Keith and Hoov had one of their best weeks ever, while others wondered if all the hex had frozen to death this winter.  Are the hex done for 2017?  No.  Not at all.  Perhaps not even close.   The water temperatures have been cold, and the only cure will be heat. 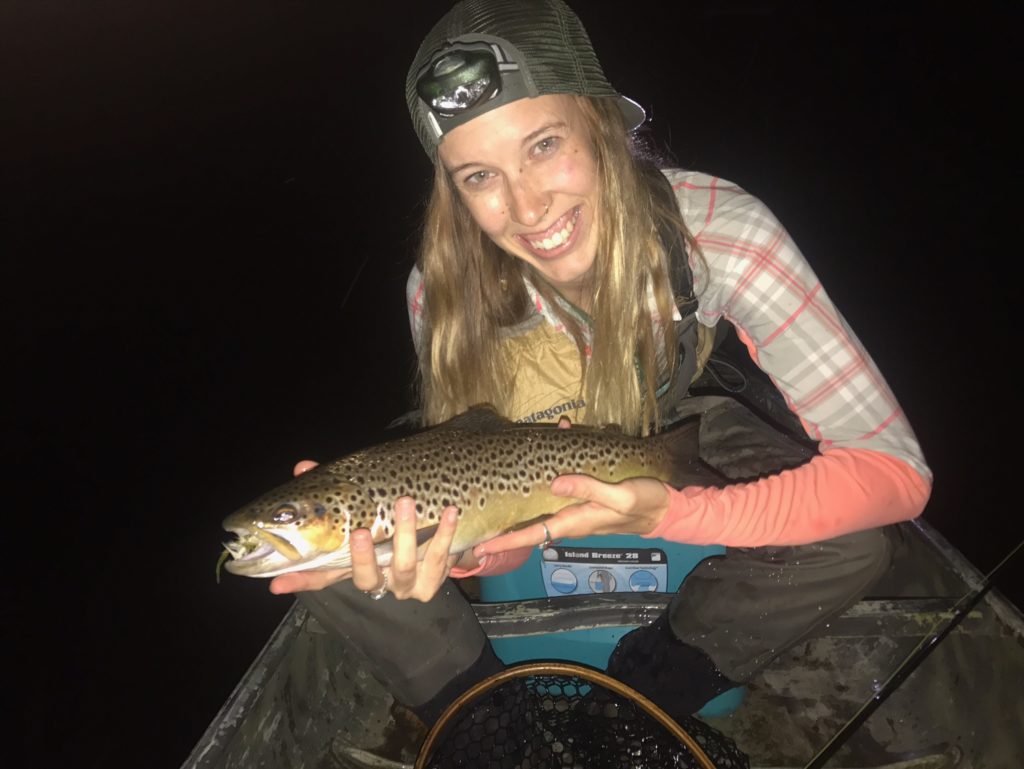 Kim with a dandy

It would seem starting tomorrow that we’ll begin a general warming trend with nice weather and temps in the mid-seventies.  At some point, the water temperatures will catch up to the air temperatures and I think there’ll be pretty decent hex hatches throughout both river systems followed by the last good spinnerfalls of the season.  After that, things will get patchy.  Some years, while night fishing, we’ll still see a few hex hatching in late July.  But by then most of us are ready to let the big bugs go. 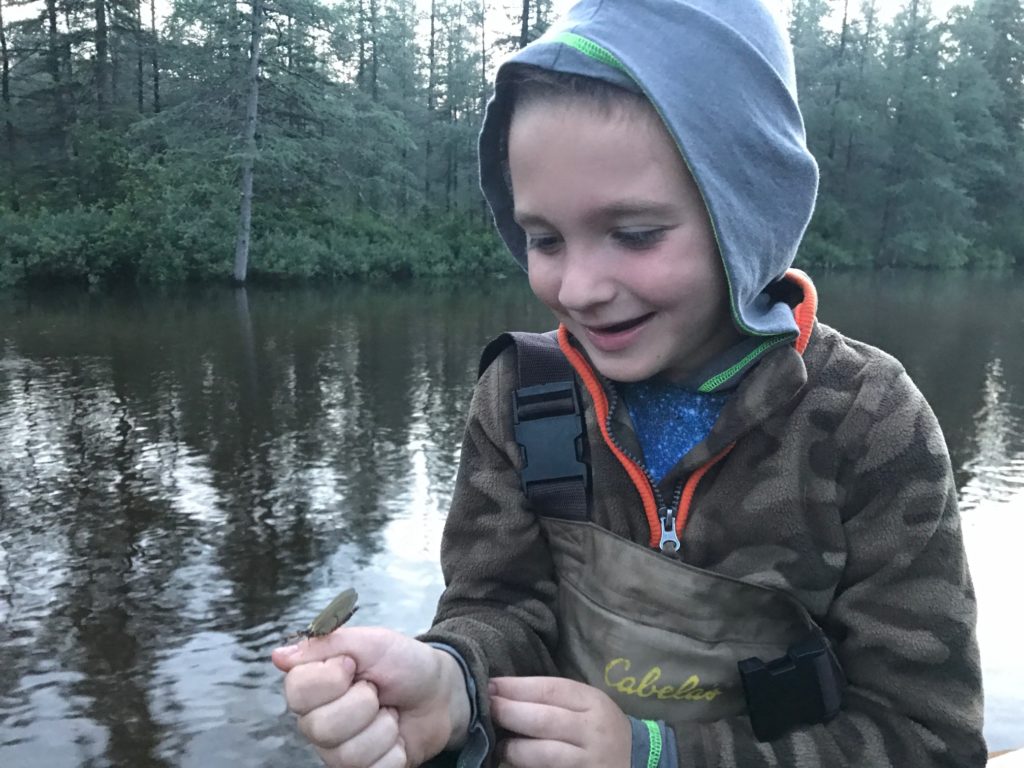 The coolest hour of fishing I had this past week had nothing to do with hex, other than the fact that our goal in floating was to find them.  Instead, we found a huge mix of bugs: Isos, Drunella (a cool fat bodied blue wing olive in a size 18), bat flies, tiny olives, yellow stones.  It was awesome.  We had to change flies a few times, from blind fishing a hex, to the Iso, before finally admitting defeat, tying on a size 16 Purple Patriot on 5x, and catching some fine trout.

And such summer hatch-matching got me hungry for the staggering diversity of July.  From the last of the hex to the first of the tricos, from the best skunking of the year to the start of the “mouse hatch”, from the plop of a terrestrial to the plop of a bass popper, July is the month where the season of plenty collides with the season of options.  And this weekend looks phenomenal for all of these reasons, plus the chance at hitting some really good hex days in the meantime. 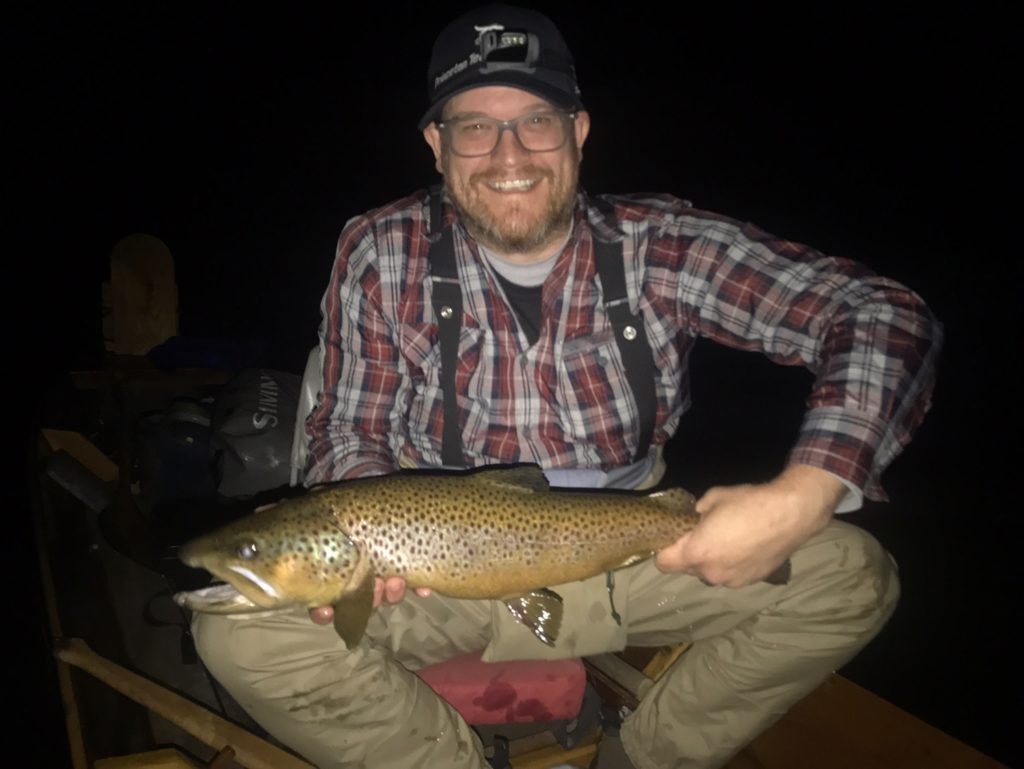 Nathan with a monster trout

I love hex stories.  We had a lost rod and reel get found two weeks after it was lost, and a few miles downstream!  That’s a fly rod with stories.  People got hooked and had to do onstream surgery.  People caught trophy trout with other people’s flies in their mouths.   Bears were seen.  And  giant fish were lost at the net.  I heard of a story of a 28″ that I think is legit.  In all, strange weather or not, it was an absurd and wonderful week.  Already looking forward to the next one.

We have two spots left for next weekend’s Fly Fishing School, July 8 and 9.  This is the best and most affordable way to either get into fly fishing, or to get better at it.  Many students of past schools are now very accomplished anglers.  The July 15/16 class is full.

Free Fly Fishing Saturday, July 1, 9 am – 12 pm: Orvis, Mason-Griffith TU, and Gates Lodge have teamed up to teach you how to fly fish.  This class is totally free, low impact, and awesome.