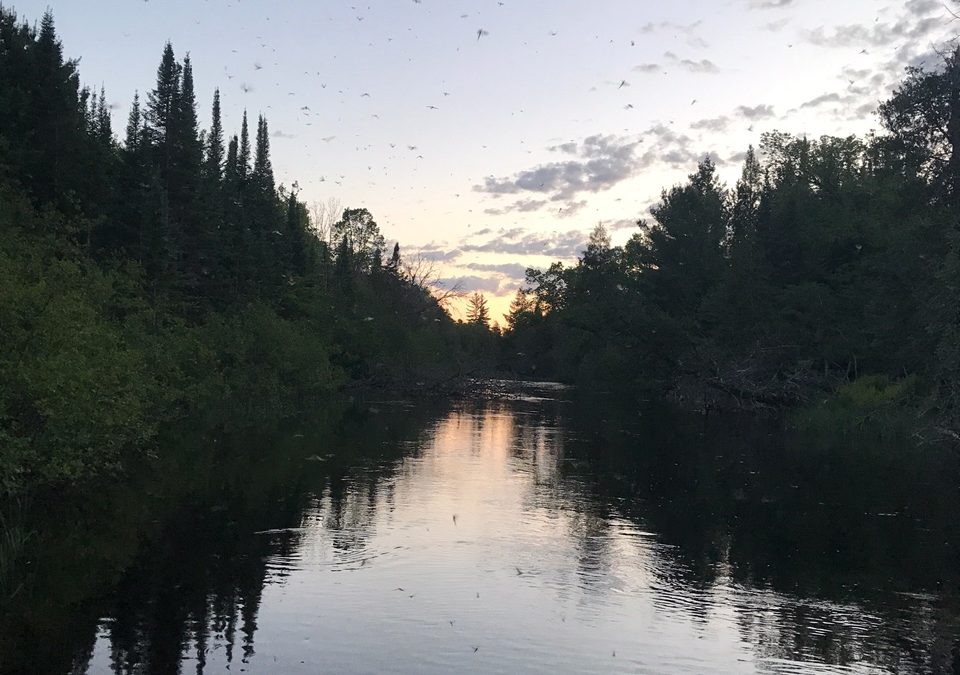 On the drive home two nights ago, I watched a porcupine get hit by the Jeep in front of us, do two full rotations, land upright and keep walking as if it hadn’t happened.   The ground clearance of the Jeep prevented bodily harm to the critter.  To the slow-moving porcupine, the experience must have been unfathomable…perhaps even forgettable.  Night fishing is full of perks, only some of which are expected. 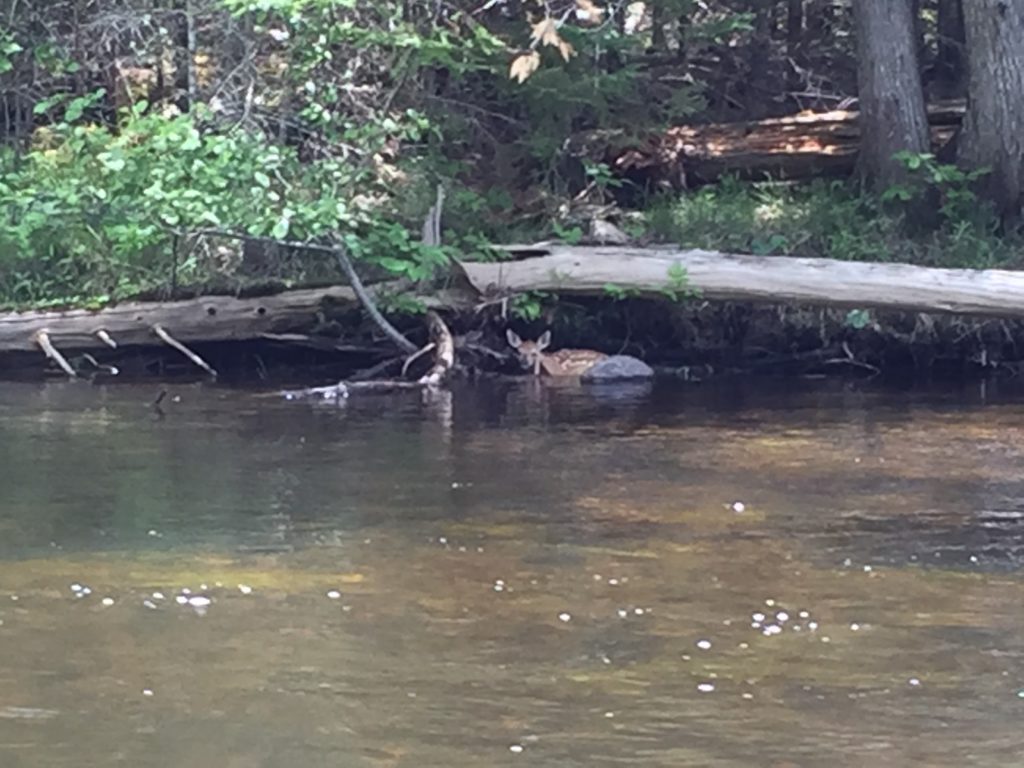 There’s going to be a lot more night fishing up here this week.  Summer has certainly arrived.  There are currently brown drakes through the entire river system and starting on the Manistee as well.  This heat will speed up the remainder of the hatch, and by early next week the drakes will be nothing but a memory on all but the coldest stretches of the Au Sable.   Carrying the hatch calendar into the annual hex hatch will be the Isonychia, which hatches for a month, favors fast water for its emergences, and offers some of the best blind fishing of the year.  The drakes started late this year.  The hex, though, will probably be earlier than the last few years.  Heat condenses the hatch calendar, especially when it comes to the giant burrowing mayflies. 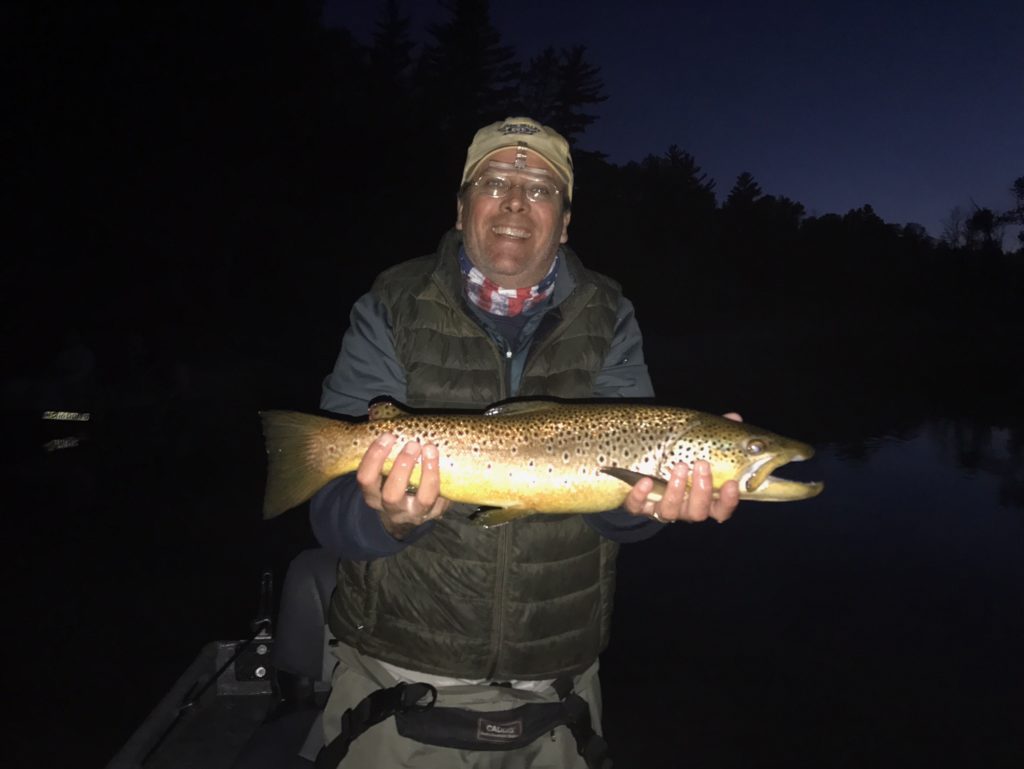 There have been some late nights out there already.  The other night I got off the river at 2 am somewhat dejected due to some lost fish and bad luck.  Last night we were done by midnight after a remarkable evening rise and whiff of redemption.  The Isonychia started hatching at around 7 pm, and the drake spinners started falling at 9 pm.  There were pods of trout in the riffles eating the hatching flies, and pods of trout in the tailouts eating the spinners.  We had four hours of target practice.  It’s hard to imagine, on this sunny day after, that it could get much better.  Floating out, the pines were black and grand over the silver river.

“Wish this would show up in a picture,” I said. 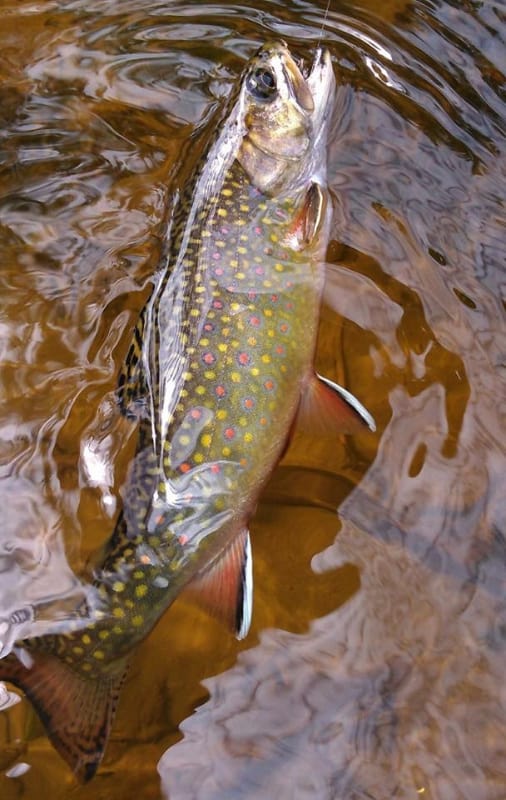 This week should see a grand overlap of bugs, from sulphurs to yellow stones to March Browns to Isonychia to brown drakes and maybe even a few hex in the warmer corners of the Au Sable.  The very high heat forecast for Sunday and Monday will make nocturnal anglers out of all of us.  High water temperatures are a concern for anglers, but even more so for trout.  Some stretches of river run cooler than others…we’ll be monitoring the water temps early next week.  Until then, the forecast is just right for great evening fishing.  We’ve had some pretty incredible nights this week already. 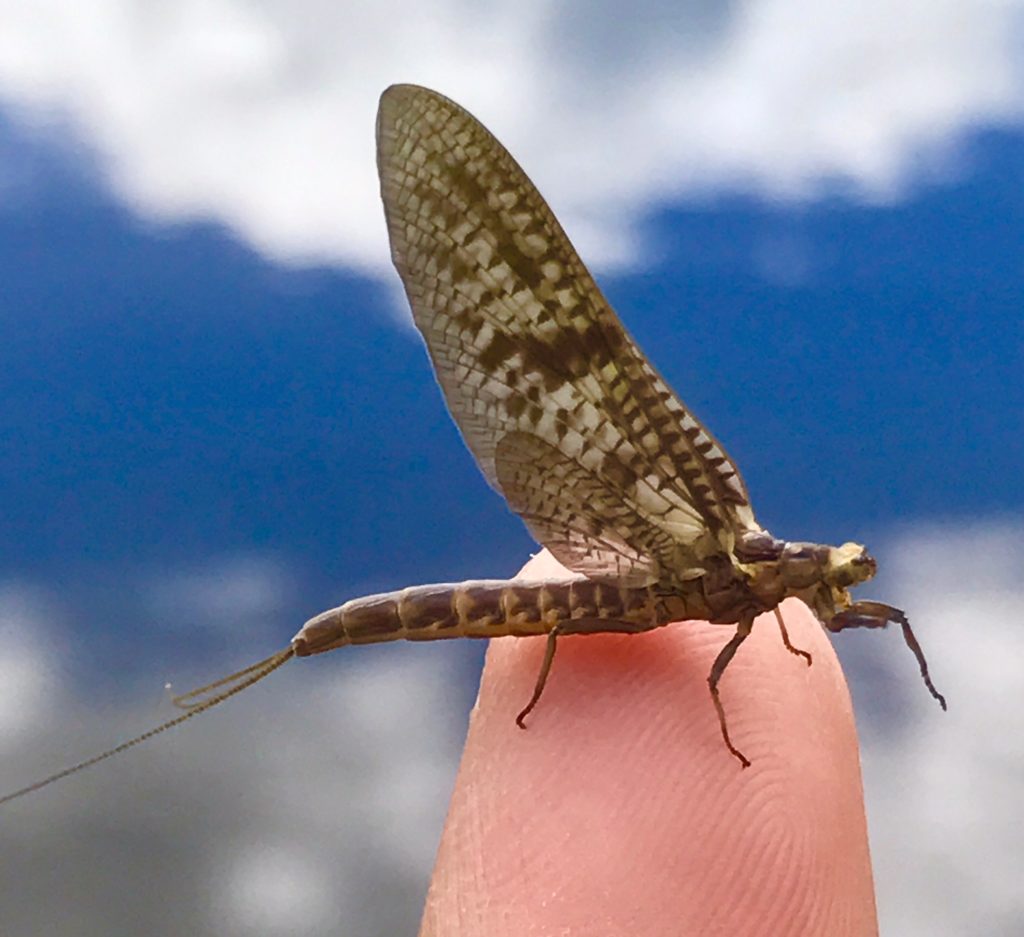 Tony and Co. will be here all day Saturday showing you the best of the Simms product line.  We’ll have features and specials, and tons of their Insect Shield line of clothing that is making converts out of those that try it.  Also, if you’re contemplating new waders or boots, this is the weekend to get outfitted.