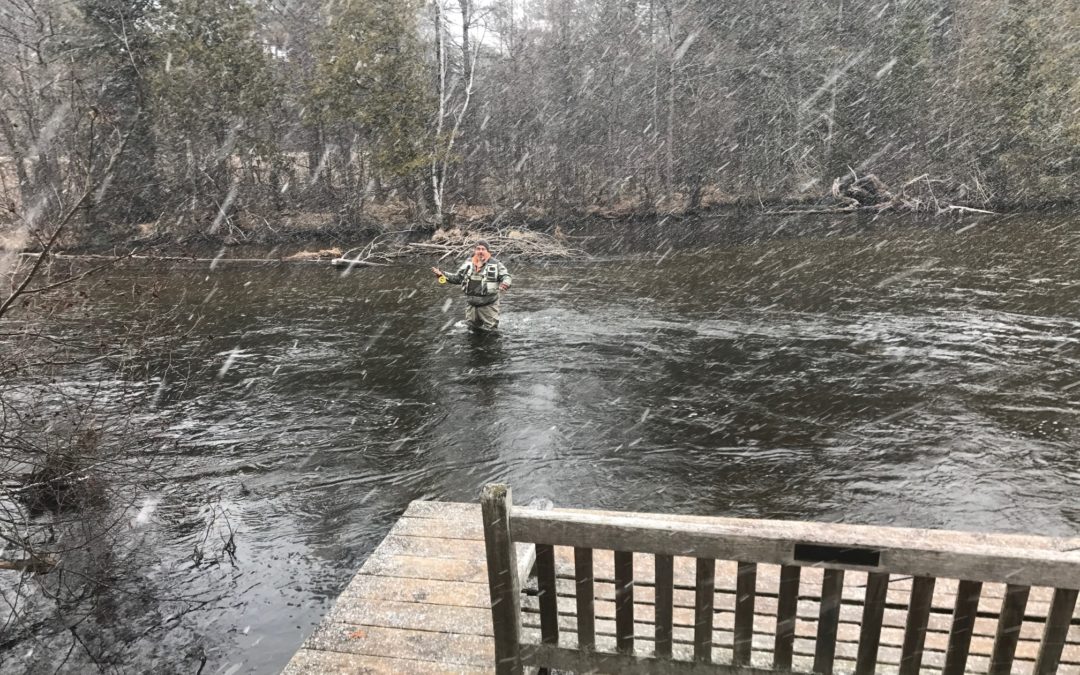 Snowed-in dinner this Saturday!  Info and menu at bottom of the report…

They call it spring snow, but it feels more like a winter snow to me.  Windy, bone-cold.  The gusts are white and whip southward, at times obscuring our roadside sign.  Record coffee consumption is occurring.  We’re on our second pot.  Products are entered.  Fishing plans for tomorrow have been made and involve, with this weather, January implements: chains, ropes, saws and shovels.  Just because it snowed doesn’t mean it’s time to quit fishing.  There are a handful heading north this weekend to have at it.  We’ll keep the heat on.

This past weekend was tough, though some nymph anglers caught some trout during our two nymph classes.  Denny even managed to catch a sculpin.  The rivers are all in excellent shape, including the South Branch.  There are black stones and midges.  A few trout have been seen rising.  The trout fishing wants to be great.  The weather doesn’t. 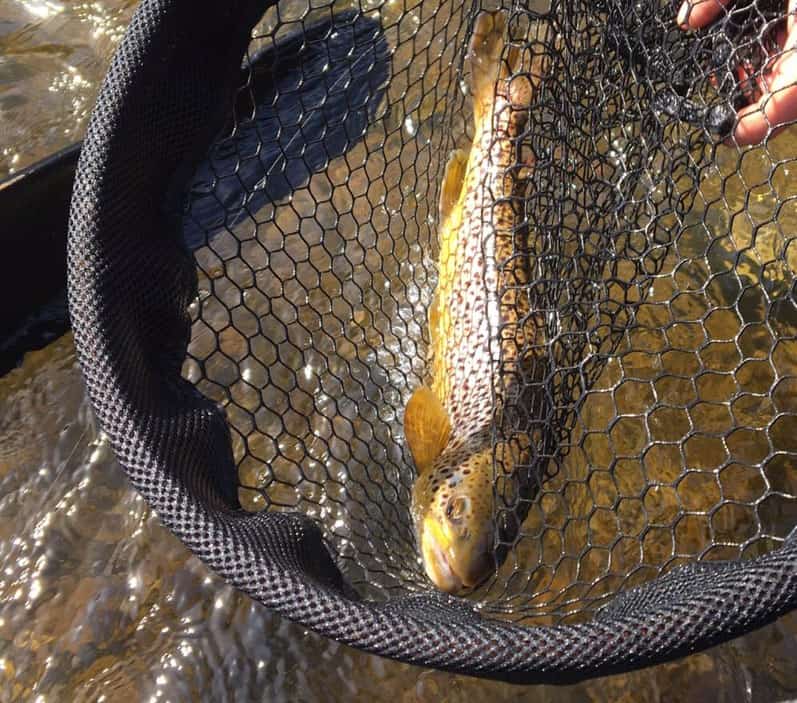 A net-full of trout, the day before the snow

I got in a pretty glorious hour of sight fishing late last week.  It was windy but sunny, high near forty, at 3 pm when I arrived at the river.  I rigged up a long leader and a tungsten nymph and walked down to my usual get in, and almost walked right over a great big trout that was sitting in a sandy depression right there.  I froze, and the trout slid around and ate a nymph.  My first cast was short, but the trout turned and followed downstream into some glare.  I counted to three and set the hook and got lucky on that one, at least at first.  It rushed straight across the river and leapt three times.  It was awesome.  I turned it toward me and I thought, as I reached for it, that it was darn near twenty inches, and then the fly unhooked from the jaw.  No!

I crossed the river upstream and walked up the far bank and saw another trout suspended about three feet below the surface in a deep pool.  I do quite a bit of sight fishing up here, but I rarely see them suspended like that and I wondered, briefly, if it could be taken on a dry fly.  It took the nymph on the first cast, so kind of a moot point.  It was 17” and beautiful and it too leapt.

And then two racing canoes came by.  No!  And that was it.  The only other trout I saw in the next hour was an enormous trout, mid-twenties, fat as a carp, that had been sitting in a single shadow.  It swam by me and just kept swimming.  I won’t forget his address. 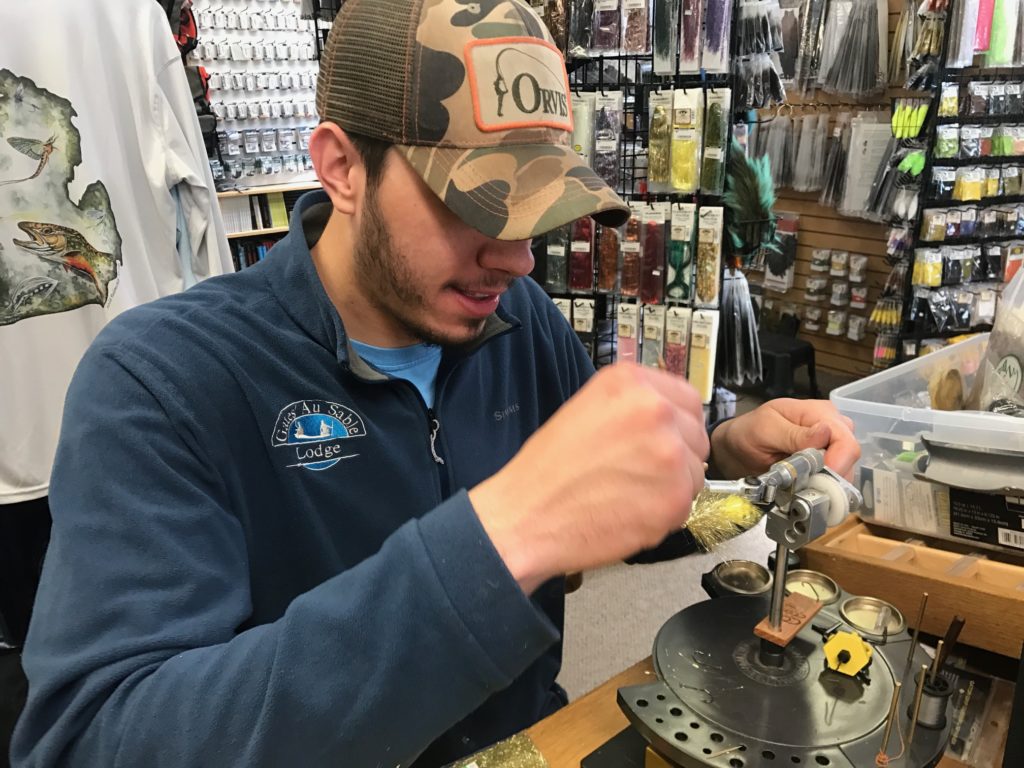 Right now we’re cranking streamers for tomorrow because that’s what you do on a day like this.  Tomorrow will be beautiful float down the snow covered banks, and I hope the trout have a little spring left in them!  The forecast is much more positive heading into next weekend, and that should kick off our blue wing olives, which unfairly serve as Hendrickson foreshadow, instead of the solid hatch they are.  Once the BWOs are hatching, we usually have about ten days until the first good Hendrickson emergences.  An early spring it is not.  I’ll post some pics from our float tomorrow night.

Once again this Saturday we’ll be serving a limited menu dinner from 5 pm – 7:30 pm.  The menu is below, and features some cool new items and tweaks, including the delicious Popper-Tots chef Haley has come up with that we’ve been eating all week.  Come visit, enjoy the snowy river, watch the confused spring birds (the woodcock are not happy right now), and eat some great food.  Casual setting and pace, great dinner and drinks.  Please make reservations.

Popper-Tots:  an unholy marriage of Tater Tots and Jalapeno Poppers with Chipotle Yogurt $6