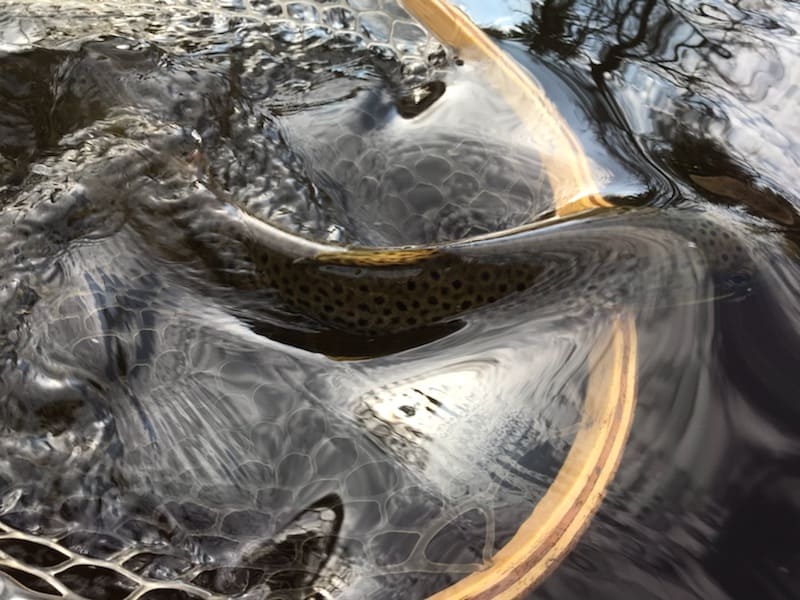 After six months of writing about the sunken place, it sure is nice to report on some good dry fly fishing.  Tonight, in spots, the hendrickson spinners dropped through the cloud of caddis and the trout rose in the bends.  I got there just before it was too late.  Met Pels.  He went upstream, I went down.  Every time I looked up his rod was bent against the sunset.  I would have taken a picture but I had my own fish to deal with.  These were fat brown trout.  It doesn’t get any better.  Now that’s it’s over, I wish I’d taken the picture. 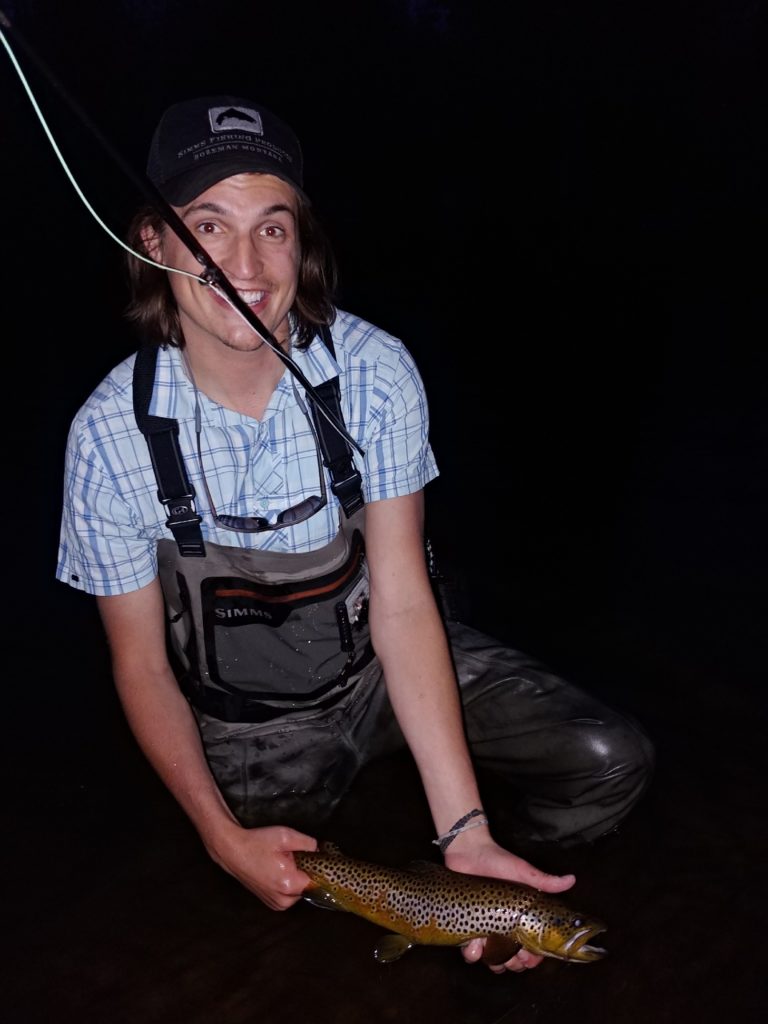 The last few days there’s been a daily mix of black caddis and hendricksons.  The trout have been skittish under the bright sun.  The high water has made them fat and spoiled and inconsistent risers.  Still, there have been moments…  Yesterday in front of the lodge, there was a trout working every major bubble line.   There are times when all is right with the world.  A May caddis hatch on a beautiful day with trout rising: that’s such a time.

But of course this is 2018, and Mother Nature can’t leave well enough alone, and that’s okay.  A cold front will come in this weekend.   I’m happy to see the cold and the clouds.  This will make for some great mayfly hatches: hendricksons, the last of the spring blue wing olives, and the first of the mahoganies (aka paraleptophlebia).  I expect fishable hatches of all three throughout the weekend provided we don’t get mass amounts of rain.

We’ve had yet another high water spring across the entire Au Sable system.  As of now, the Holy Waters and North Branch are dropping and clearing perfectly.  The South Branch is still over 500 cfs.  Way too high.  If you must fish the South Branch, there’ll be hendricksons there this weekend.  And the trout will probably eat them.  But it is spot and stalk fishing at best, and dangerous at worst.

The bug report is as such: the Manistee and Holy Waters are fishing the best with hendricksons, black caddis, and thrasher stoneflies.  The rest of the system is struggling to keep up.  I still don’t have a solid report of good hendricksons below Mio though they should kick on in the next two days if they didn’t hatch this afternoon.  I’ll bet by next weekend all these things will even out.  But as of now the hatches are well behind last year.  That big snowstorm in April had a long, debilitating effect, one that deserves an asterisk in your angling journals.  This was a spring quite unlike any other.  Sure, we’ve had high water before.  Sure, there have been spring snows.  Sure, we had the record winter of 2013.  But I’ve never seen a three-day storm have nearly a month-long impact on everything.  There is still a pyramid of snow in the back corner of the Gates Lodge parking lot. 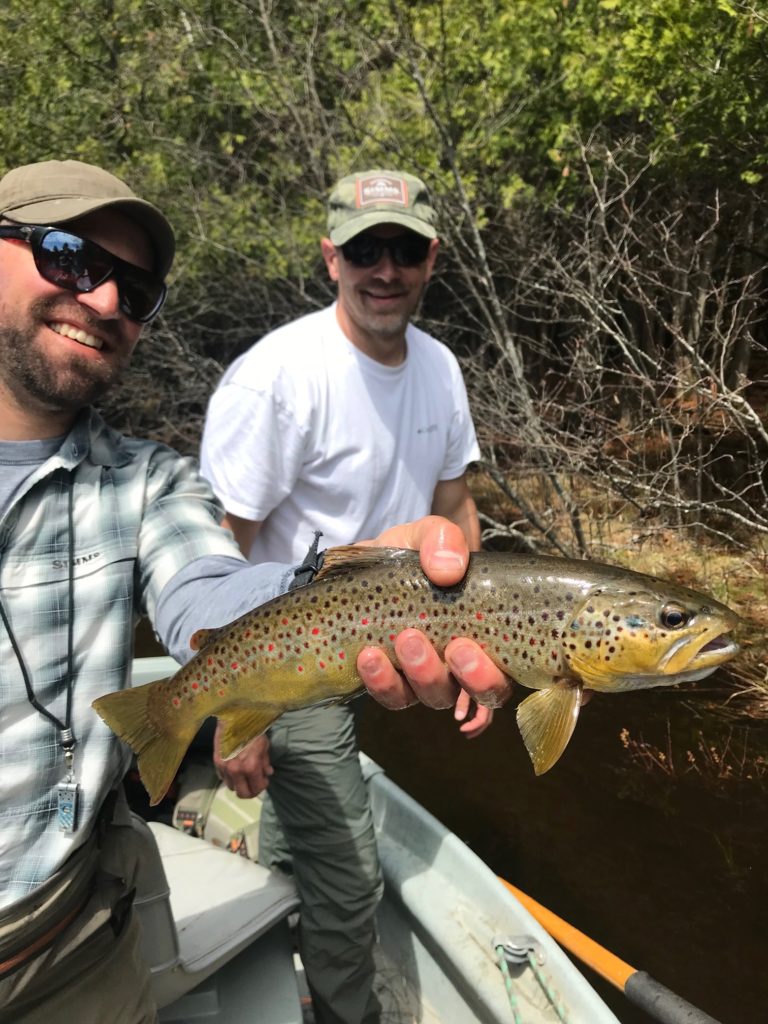 There is so much of the season left…it’s really only just beginning.  The water conditions are more Opening Day than mid-May.  But the river is waking up quickly, and every day it seems there are more trout rising, and for longer, than the day before.

This early report is due to the fact that tomorrow is my birthday.  While I do like writing fishing reports, I’ll be on an all day/evening solo fish, as is my birthday tradition, in search of something spectacular.  Wish me luck.

Hardy Days, Saturday, May 12, 9 am – 1 pm: Explore the world of Hardy.  We carry a huge selection of Hardy reels and enjoy selling the new ones, and buying, selling and trading for the old ones.  John Shaner will be on hand to answer as many questions as you can throw at him.