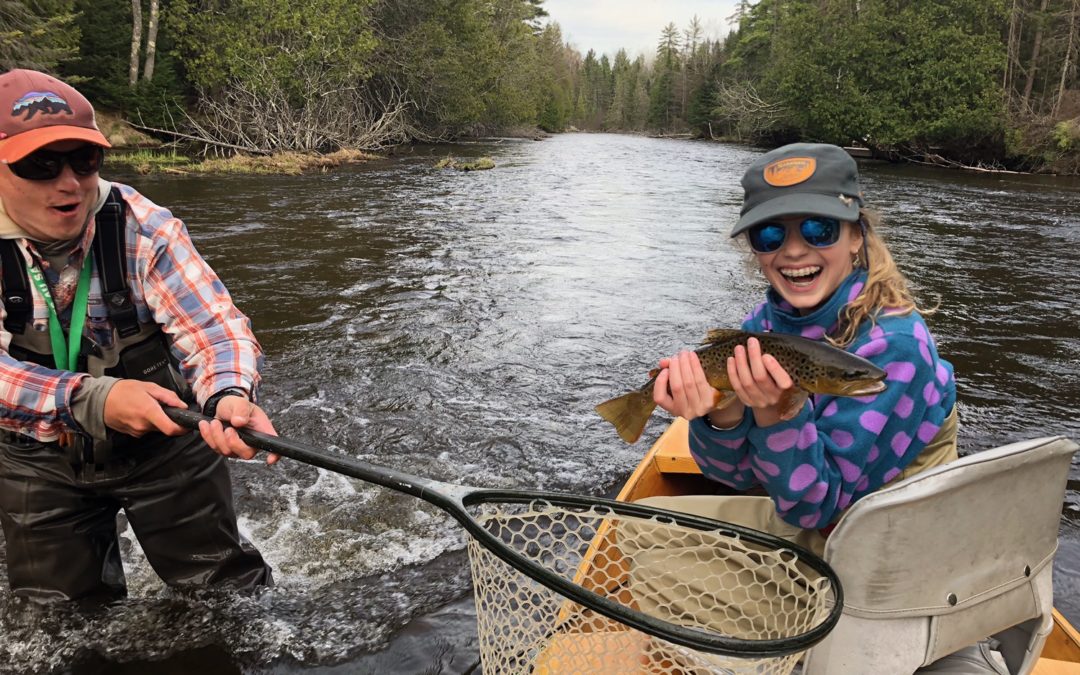 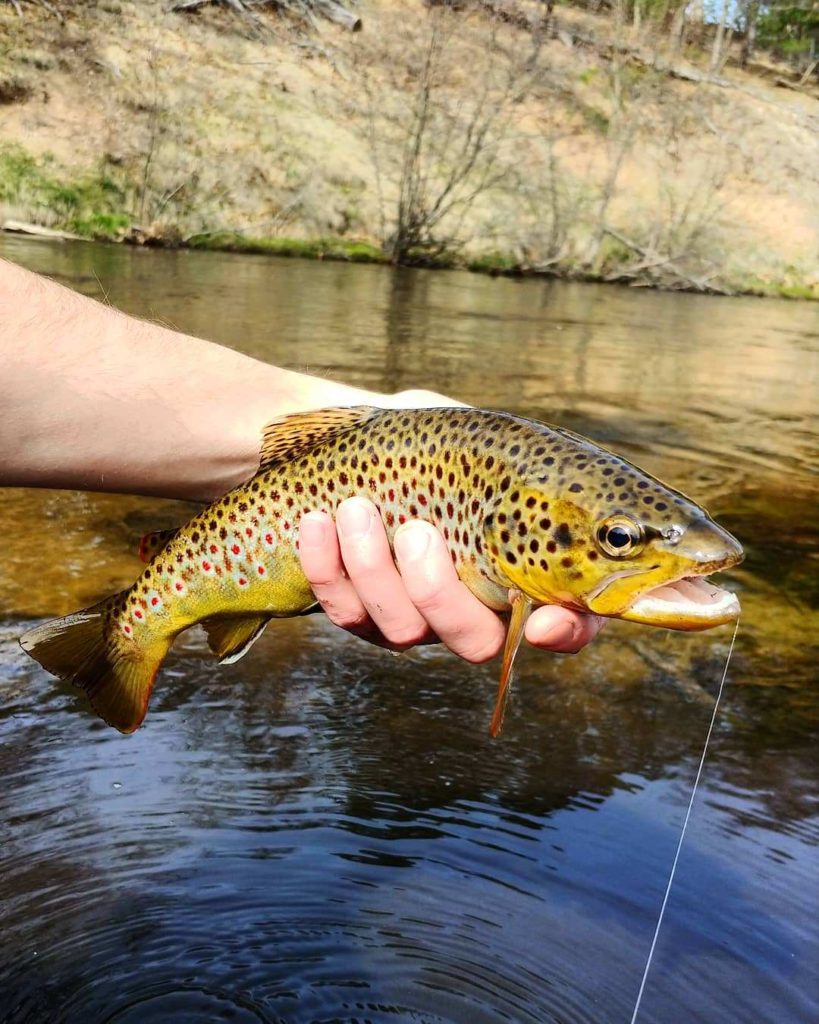 It’s not good all the time, like the Skues fable in which Mr. Castwell momentarily mistakes the hell of neverending rising trout for heaven.  The Au Sable isn’t like that.  But having written these reports for now ten years, this is one of the easiest reports to write. There are clouds of caddis, there are swarms of hendrickson spinners, there are swarms of mahoganies, and black caddis, popcorn caddis, yellow sallies, a few light hendricksons, the Siphlopecton, the mattress thrashers.  I floated on Saturday with John and Brian from Hardy and we saw all of the above in one hour.  And we worked risers along a shaded bank and they were nice fish and tough and fun and we fooled most of them, but not without a lot of fly changes, repositioning, timing of the rise, and all the fun stuff that the river demands (our sport is merely a complicated attempt to comply.)

Tanker and I traveled below Mio when nothing happened on that cold Friday and we sat and waited and the first few bugs started, and the first mouth showed up, and before you know it, like accidentally driving into rush hour, you’re swarmed…by hendricksons.  There were trout everywhere, in the middle, in backwaters, spread throughout broad riffles, showing snouts in the tail-outs. 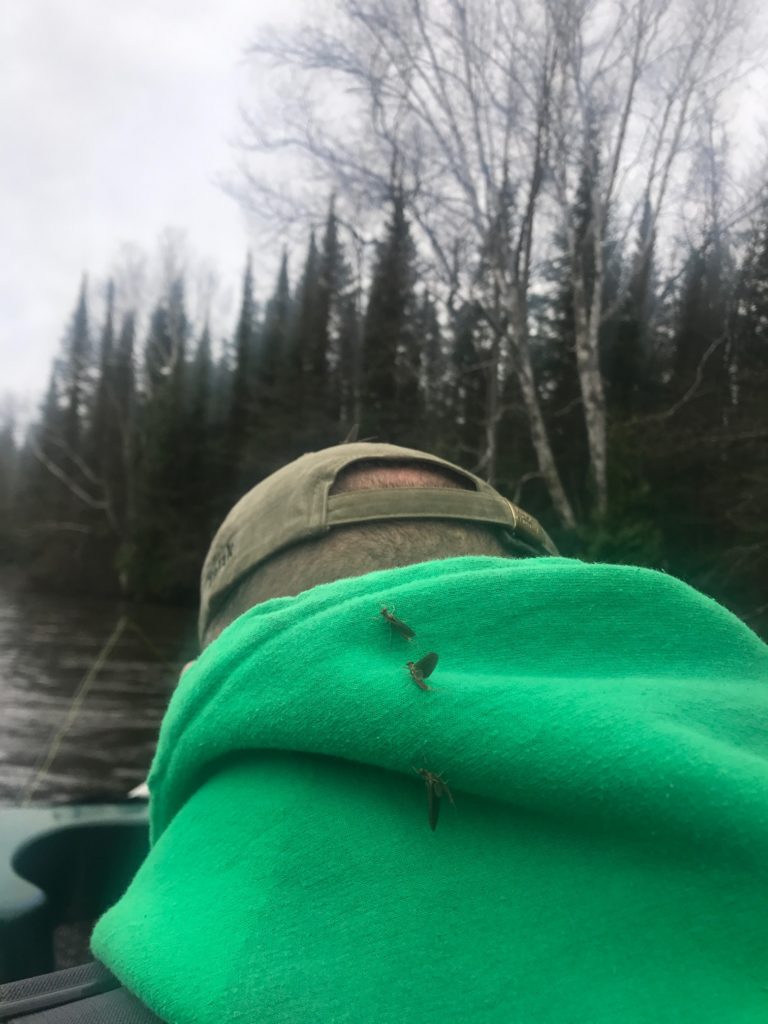 Or floating with Verlac on one of our old beats on one of his rare evenings off.  We were facing into the sunset working a pod of gigantic trout head-tailing through a bubble line.  This one ate coming towards us, in that slow motion way of big trout.  One, two, three…set! 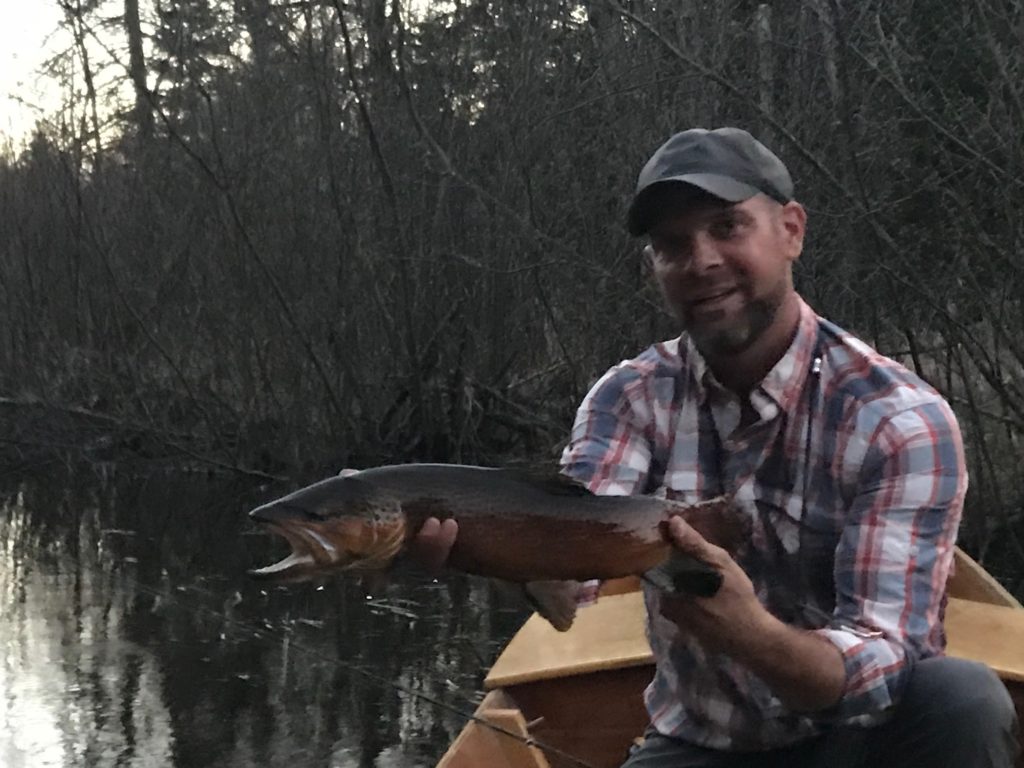 A few nights ago, I traveled to the South Branch, which is high and hard to wade but…it’s the South Branch.  The only way to fish it is to sit on a bank and hope they rise…and then hope you can find a way to get a fly to them.  There was no bank sitting this night.  I arrived at the river, saw a trout rise, caught it, and while I released it, another trout rose, and so on, for well over an hour.  It was a gorgeous hendrickson spinner fall, a slow trickle of bugs on a cloudy, perfect night.  I didn’t feel a twinge of Castwell’s grim realization as he worked the neverending rise of the rivers of hell.  I knew better.  I did not move ten yards all night. The trout were dumb, big, innocent, and strong.

The Manistee, entire mainstream of the Au Sable down to Alcona pond, the Au Sable tributaries, the South Branch (which is dropping into wadable range) are fishing superbly.  The North Branch is not.  Not sure why, maybe it’s on its own calendar.  But for the most part, you can expect something good to happen most every day, and maybe for most of the day.  The attractor dry fly fishing is picking up as the rivers start to clear.  Try searching with a henrickson dun, a caddis, purple patriot, the Purple Daze (a new bug!), Missing Link, or, of course, the Borchers parachute.  Work the logs and back channels and take your time.  There are a lot of dandy trout in the river.  If they won’t eat, try 6x.  If they still won’t eat, try fluorocarbon.  Bring your bug spray and a flashlight.  Release them well and enjoy what looks to be a great week on trout water. 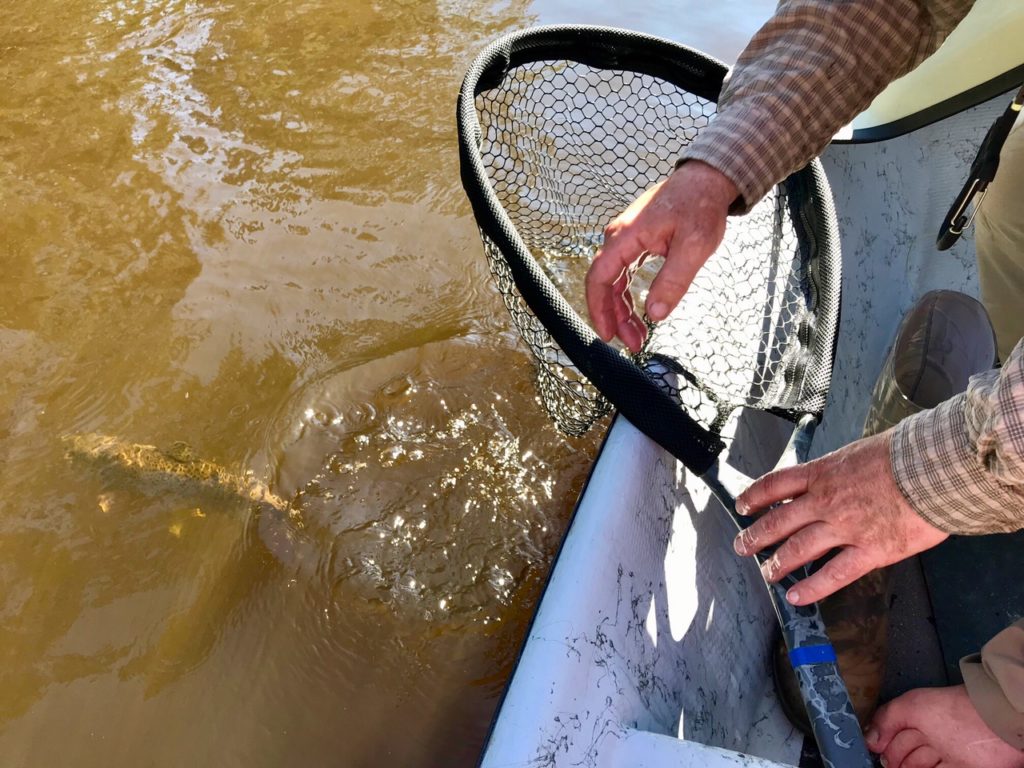 Few rod companies are doing as much as Scott, and few reel companies are upping their game like Ross.  Couple that with Airflo’s all-around fly line offerings, and there’s a lot to demo and explore.  The new Scott G series, with it’s applicable rod lengths and weights (what better June South Branch rod is there than a 7’7″ 5 weight?)  If you’re in the market for a Scott rod, Abel, or Ross reel, this is the weekend to buy one.  Come demo a bunch, and hang out with Phil — a fishy dude in all the right ways, and a born and bred Au Sable angler — and enjoy one of the best weekends of the year.