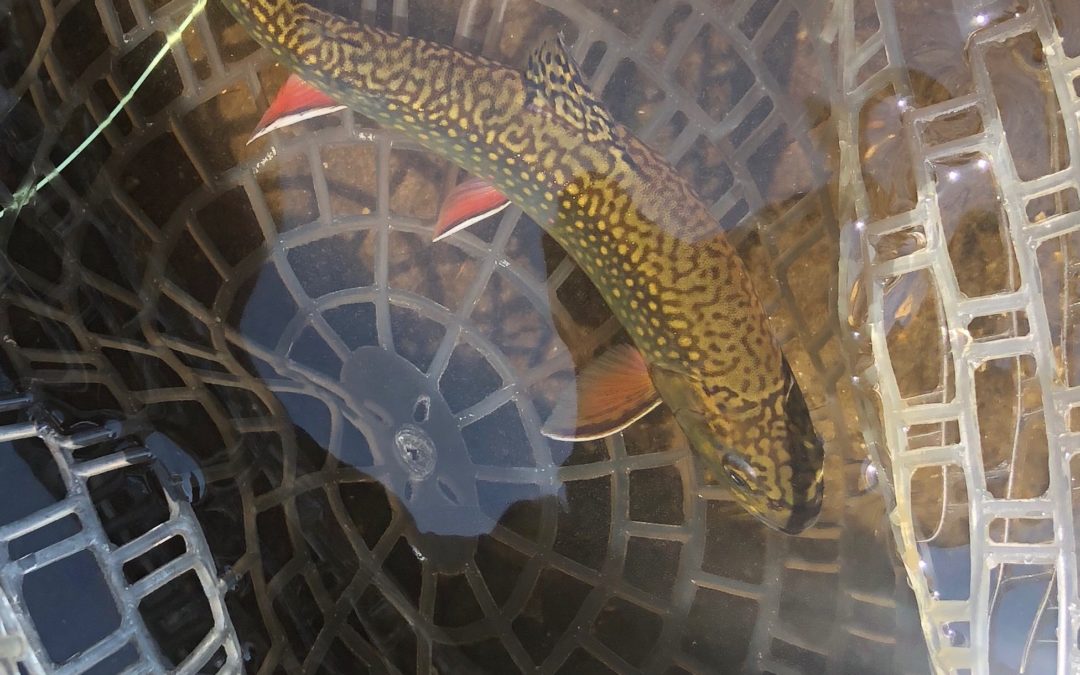 Like pretty much everywhere, it’s been dry and hot.  On some days, it has been too hot to fish for trout, period, except on the loneliest little feeder springs.  On other days, it has been just cool enough at night and early in the morning and the trout have been willing and have fought hard and released well.  It’s been a tough week, with what guide trips we didn’t  cancel basically leaving around the clock to try to find cooler water.   The dusk topwater bass and bluegill bugging has been pretty awesome, and offers a pleasant alternative.  This weekend looks a bit cooler, with lows in the 40s tomorrow night. 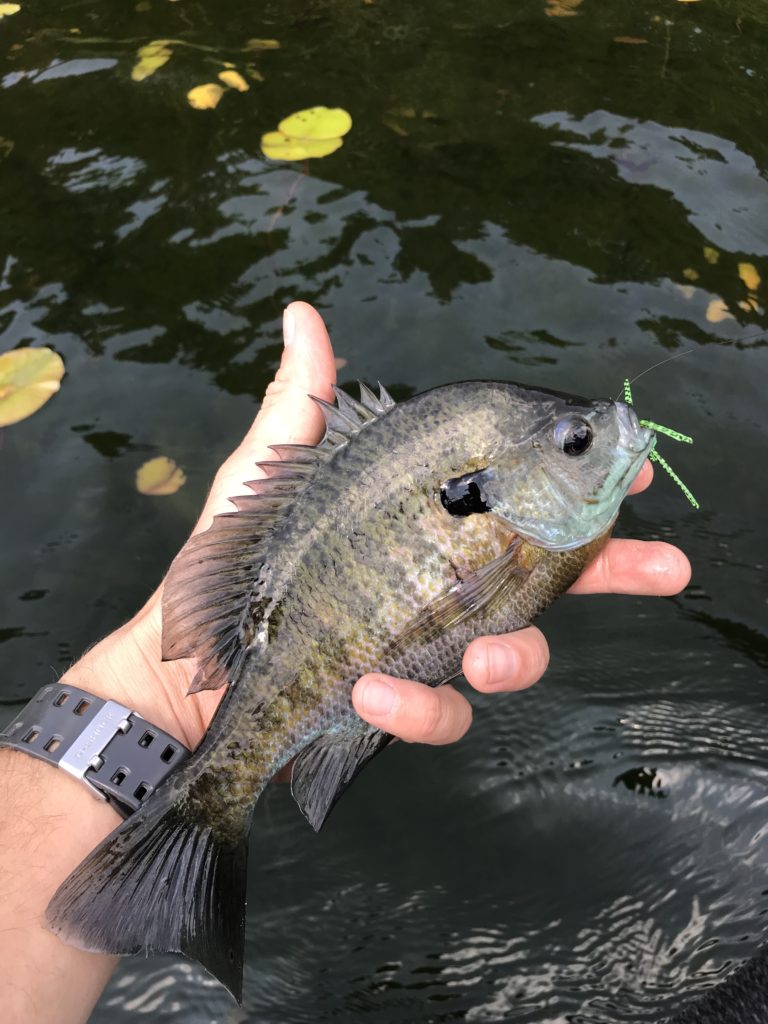 As of this July 5 morning, I’d stick to the Holy Water, and the upper Manistee, and carry a thermometer — I haven’t yet checked water temps this morning.  By tomorrow, July 6, the entire river system down thru the confluence with the South Branch should be safe for the trout, at least for a few days.

There have been some diamonds in the rough this week.  With the hot evenings, the typical summer BWO spinnerfalls have been happening in the mornings with the intensity of a trico spinnerfall.  At 6 am every morning, there are trout rising in front of the lodge, pods of them, in formation.  A few of the evenings have moderated enough by 8 pm to go fishing, and there have been some massive hex flights as the last of this year’s bugs leave the system.  Holden and I hit a pretty gigantic spinnerfall the other night and found a couple good trout before he fell asleep in the boat. 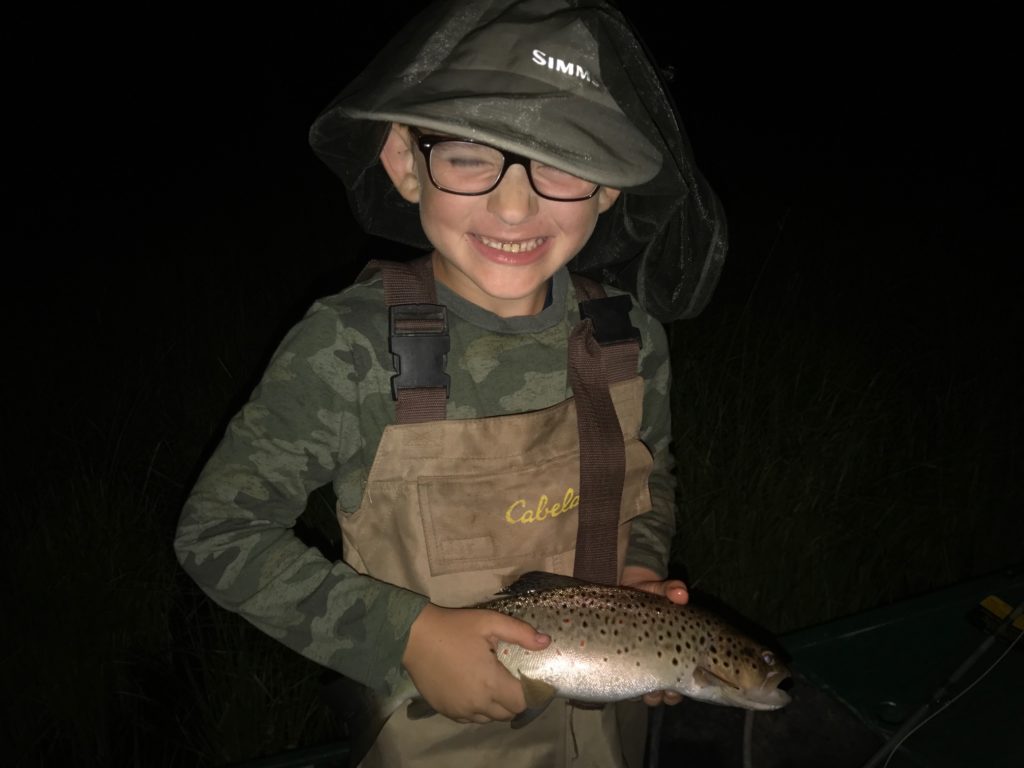 All in all, it feels like July.  There’s something to be done every hour of the day.  The mouse fishing — that is, swinging big flies across the surface after dark — has been good with these warm temperatures and dark nights.  The afternoon attractor fishing will pick up on the upcoming cooler afternoons.  The evening rise has been plenty good with a mix of bugs, in particular hatching Latas (which are normally a morning bug but are also out of whack with this weather), cahills, a few last olives, but most importantly, the Isonychia.  There are hex starting on the creeks around here, and the streams up north, and a few angler will chase the big bugs north right up the state.  And then there just regular old creekin: hitting a cold patch of summer water and pitching dry flies upstream. 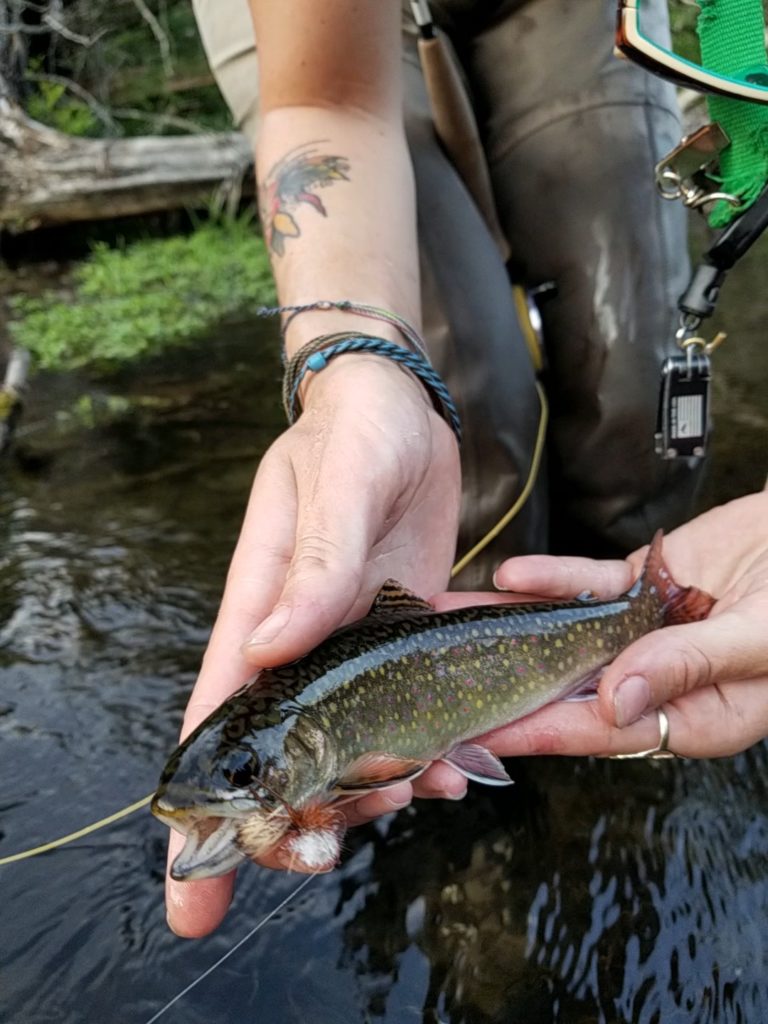 We still have a few openings for our next weekend school, July 21-22.  And the Kids One Fly (Box) and Midnight Derby are on the horizon.  We’re slipping into the summer routine.  The hatches sure have a power over an anglers’ life.  In May and June, we spend a lot of time trying to have one experience.  We ask, where will the bugs be best.  Then we fret and toss and turn and drive and hike miles trying to hit the hatch.  This time of year, the trout fishing expands.  There are, at any one time, a multitude of choices as to what to do, and none of them are wrong.  You can go fish small streamers.  You can go work on your nymph technique.  You can fish tiny dry flies just to do it.  I hate to think of fly fishing as stressful.  At worst, it’s pleasantly stressful.  But fly fishing is much more of a passion than a hobby.  Most employers of fly anglers would agree, I think.  My friend Tank Ron works all winter, sucking up overtime, just to cash out in the summer, to have as much river time as possible.  Bowling is his hobby, for when he’s not fly fishing.  But even Tank Ron settles down this time of year.  There is great fishing to be had, but he doesn’t have to race to get to it.  He’ll mouse fish at night, and fish the tricos during the morning, and he’ll find a creek if he’s got some fuel left in the fishing tank for the afternoon.  This year I hope that we’ll pull an all-nighter, mouse fishing and then trico fishing, like I used to when I was younger.  Switching from 0x to 8x, from a seven foot leader to a fourteen foot leader, and then trying to hold it together for tricos, is a fun little frustration, like a slightly sour candy.  It’s one of the many great things to plan to do, this summer.