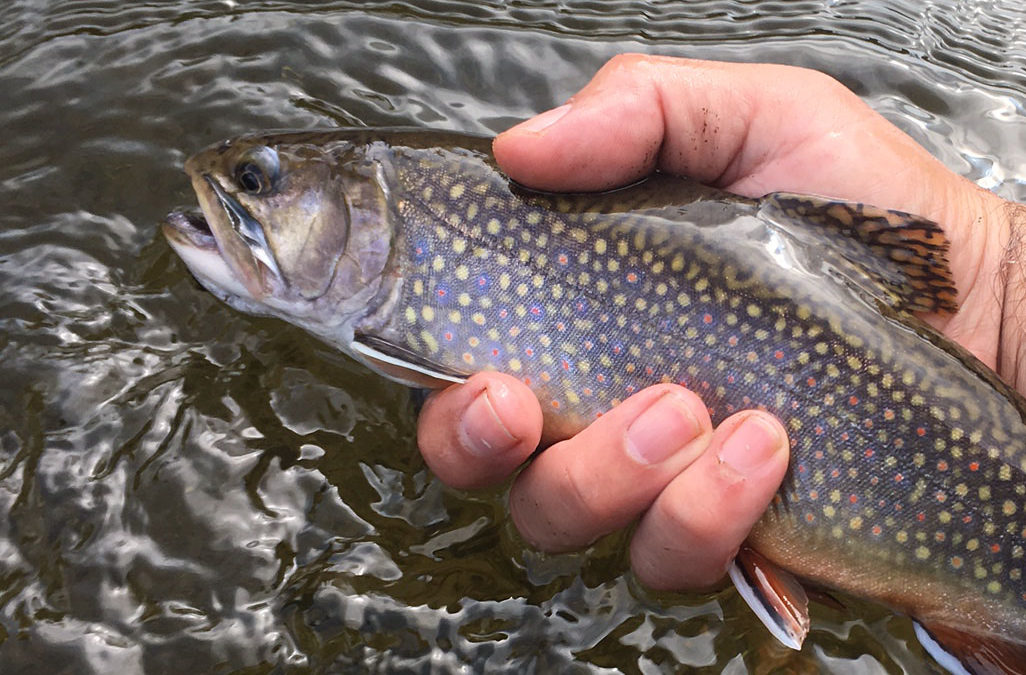 Most anglers tend to fish in pairs.  Some do the small group thing.  I’ve seen nearly a dozen spread out cheering and jeering.  Still I think ours is a solitary sport.  A spinnerfall is best enjoyed alone, or at least that’s how I most enjoy it.  Some of this is personal, and some of this is selfish.  But I think what I like about fishing alone is that I get to fish the river exactly how I’d like to. 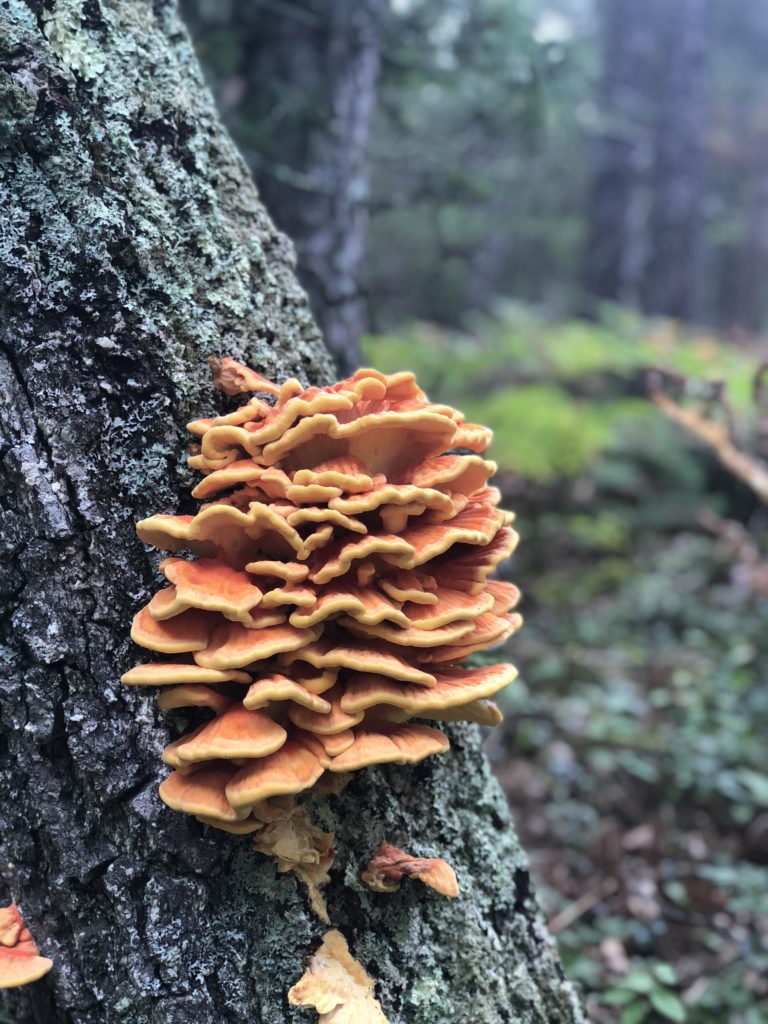 Except when fishing mice, that is.  It’s not really scary…but sometimes it’s nice to have the reassurance of another voice out there in the dark.

A few nights ago the conditions were too perfect and at the last second I decided to get out in it.  Storms on the horizon.  Hot, muggy, dark.  Warm wind.  Then a cold wind.  Unsettled.  I texted a few people and found no players.  One said he was he was “working on his marriage.”  Wrong night for that , buddy.

But I had a few new flies to try – which for me is often reason enough – and so I walked into the South Branch, which at the time was very low*,  and while slipping into the river down a steep bank, my flashlight illuminated a nice brown trout sitting in about a foot of water behind an orange rock.  Good omen.

The South Branch comes alive at night.  I don’t know how all those brown trout find places to live in that 100 cfs trickle during the day, but they do.  Most of the good log jams are well up on the bank this summer, dry as a bone, probably housing raccoons or bunnies.  At night, the fish move right into the middle of the river as if they’d never left, as if the daytime South Branch is a mirage. 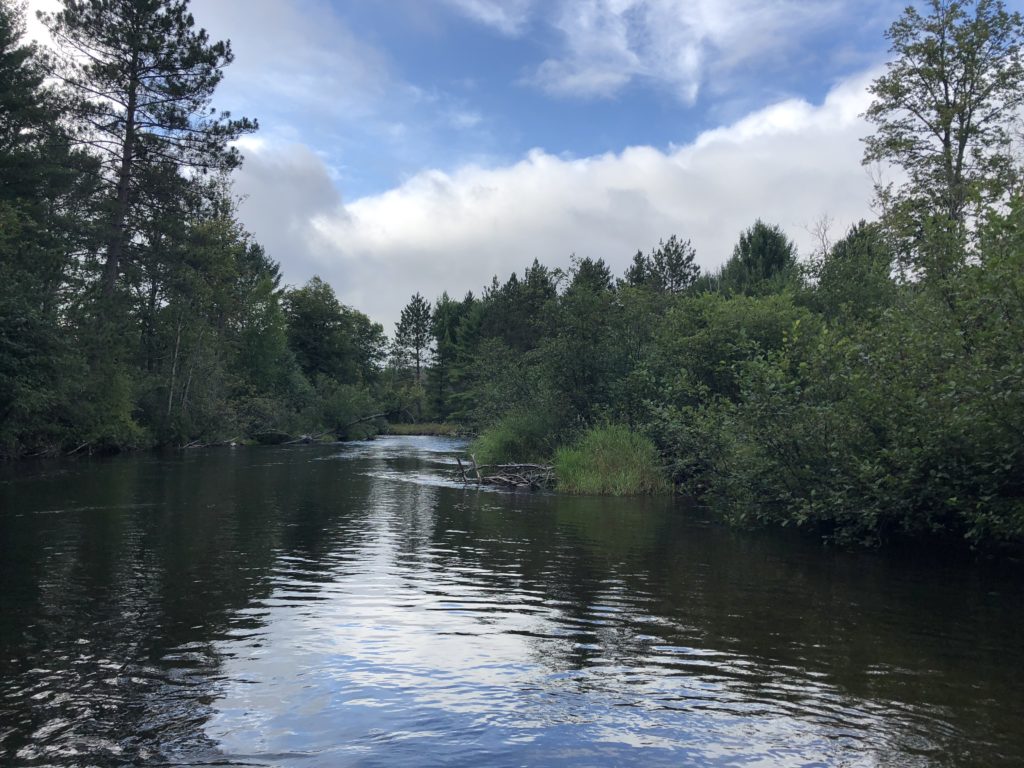 I worked upstream quietly, fanning out casts, analyzing the all-important splat the new fly made on the water.  It’s a familiar pool, but at night sometimes the familiar seems jumbled, as if it rearranged.   This can be disconcerting, but it does keep things fresh.

The trout were sitting on the inside bends, usually within a yard of the bank.  They were enthusiastic, and one trout returned four times to swat the bug, the fourth time being one too many.  Along the way a beaver tail-smashed.  For a moment, the wind wore rain.  Then it switched, was hot and dry.  The crickets chirped but the fireflies were gone, yet another prelude to the slide of the seasons.  I was annoyed by nary a biting fly.  The moon busted free from the clouds at the tail of the last good pool and the river turned silver.  The fishing stopped.  Or I stopped.  On the walk out it began raining.  It’s good to go solo.

*We finally received a dose of rain.  The rivers are up but very wadeable and there is a slight stain down the middle that is fading to clear.  The next warm days should carry on some of the fine ant fishing we had this past week.  September is the month of ants, and so many other things. 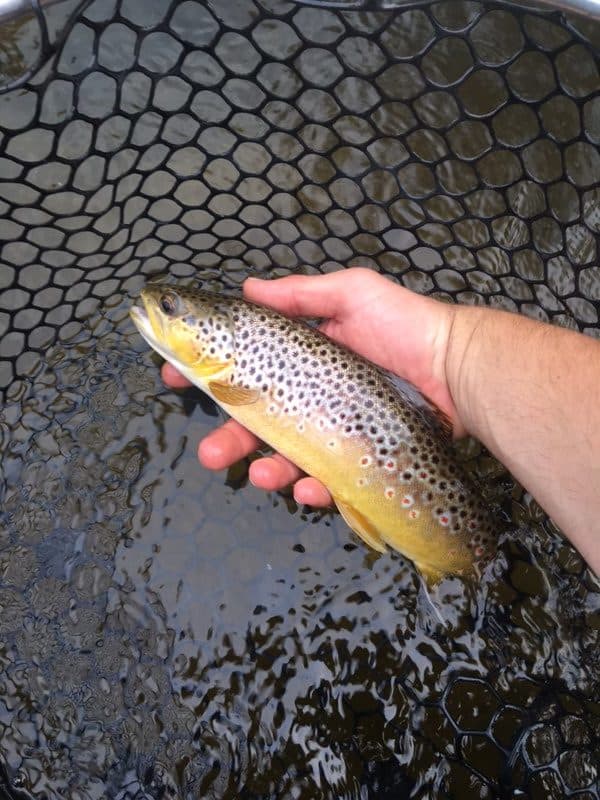 We’ve done well on small streamers, bead heads, prospecting dries — in particular Adams parachutes, larger flying ant patterns, and patriots  — as well as night fishing, which should continue right into the next full moon…at which time we generally put the flashlights away for the season.

There is so much fun coming up as what I consider the second sweet season approaches, the anti-spring, that long glorious fall.

Before we clean the river, it’s time EAT SOME CLAMS!

Starting at 6 p.m. sharp, we’ll be lighting the fire and serving clams outside. What better way to celebrate the harvest season? Good eats and good times. This is an outdoor event, so dress appropriately. Limit is 50 people, and folks must RSVP. Prices determined by market. This was so much fun last year!

Once again, the Anglers of the Au Sable is sponsoring the annual cleanup of the Au Sable River. This year we’ll be cleaning both the upper and lower Au Sable. Includes a great barbecue lunch! We need volunteers – each and every one of you makes a difference. To sign up, or for more information, talk to Josh: 989 348 8462, or [email protected]

Wanna clean the lower river?  It needs it!  [email protected]