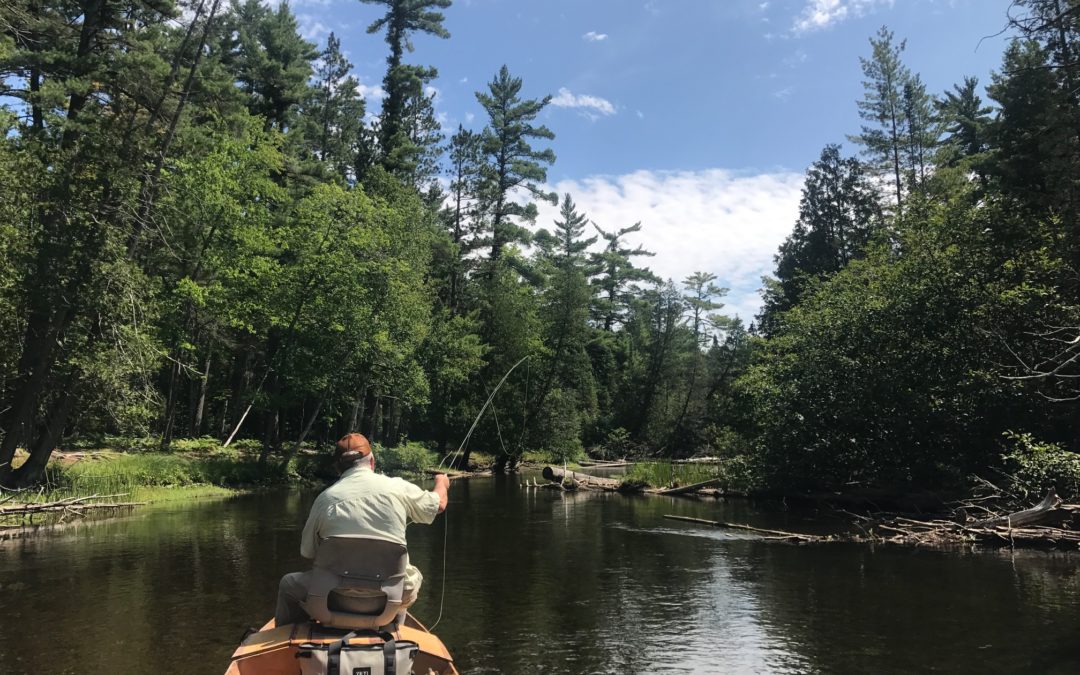 It begins with a decision this time of year:  olives, night fishing, or bass bugging?  I’d done the olives the night before (which, in that case, consisted of me sitting on the bench with Terry and Dave and watching Dave cast at a pod of trout) so Holden and I went for some bass bugging.  It was a perfect summer evening.  The lake was flat and the color of the sunset.  The nice thing about sunsets on the water is you get to see them twice: 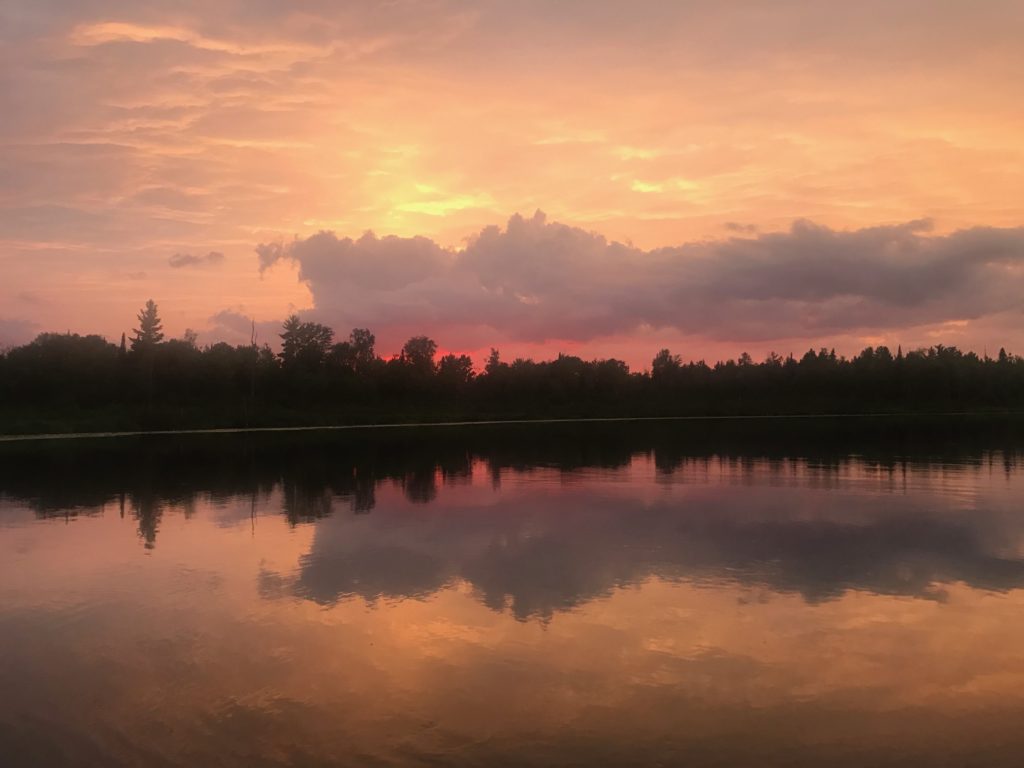 Aside from one noteworthy pike that wasn’t photographed due to a sudden lack hemostats, it was a slow evening though we had a few good bass blow up.  I made it back in time for Holden to get some sleep and for me to get in some night fishing in with Saunders…

…And on my first cast at the head of the first pool a giant trout “rose” to the fly but never touched it.  I circled back with a wet fly and had a bump.  I switched flies again.  I rested the trout.  I changed the angle of approach.  I knew it was a big fish when I first heard it, but by the end of my efforts — though the fish never showed itself again — I’d convinced myself it was the biggest trout in the Au Sable.  Night fishing is weird like that.

It was a big fish night: cloudy, warm, eerie.  At one point, when we had the flashlight on between pools, a dozen katydids floated down the river, one after the other.  We didn’t hear a fish eat them.

We moved spots, and had another big fish go.  Changed branches of the river.  Moved a great big fish off a riffle drop-off.  Sometimes on those big fish nights, they just won’t eat.  Maybe it wasn’t really a big fish night.  It was 1 am and it just had to be the night.  But then again it was 1 am, and it was time to move on.  The beautiful thing about night fishing, at least at the end of July, is there’s 45 more days of it, should you want it, and that’s more than enough.

Today John and I floated the river.  And right away it was on.  There were brook trout everywhere, in every little depression in a very low, slow, and clear river.  It was silly fishing, a rubber-leg extravaganza, that lasted the first four hours of the float.  Through the afternoon a few thunderstorms roamed the distance and as the sky clouded up the trout fishing slowed to a dull roar.  And finally, when the wind began to blow, it was just dull in a pleasant sort of way.  I’d forgotten a paddle, and all our food, so we were a bit peaked, but also sun-fried and happy.  Brook trout do that to you.  They are the coral reef fish of the north, a sign that everything is alright and likely going to be alright. 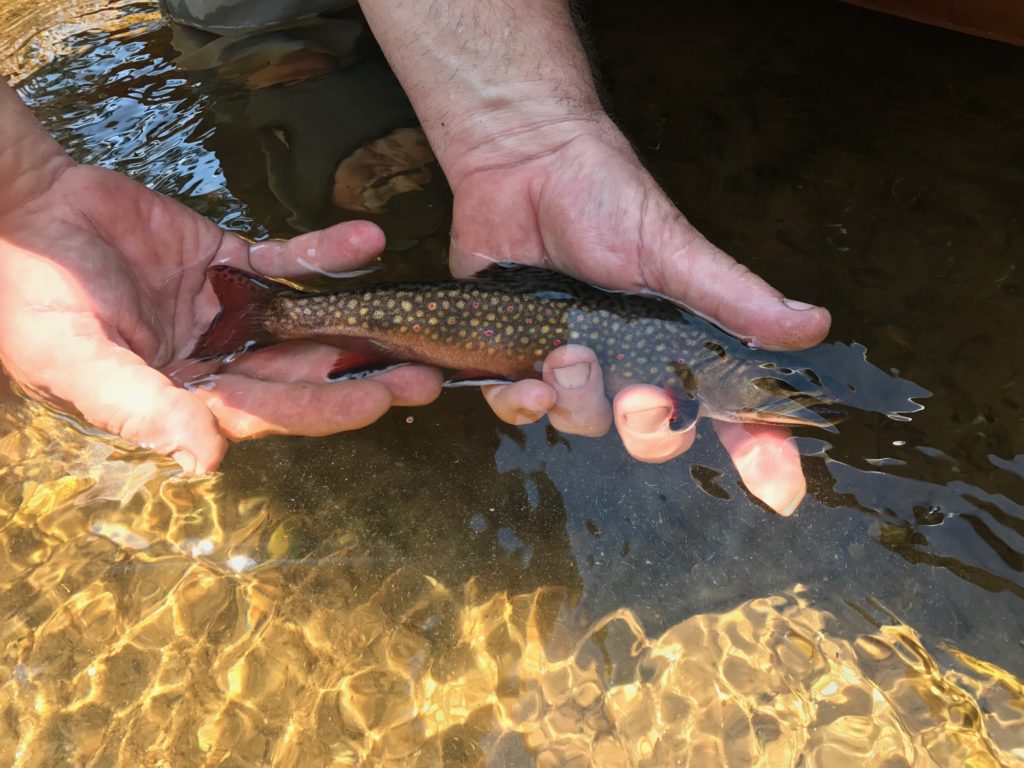 Just above the takeout we spooked an enormous brown off a shelf.  It was a big old male trout, in the mid-twenty inch range, eyes the size of pennies.  It swam deliberately up away from us and looked a bit tired.  As John said, “That trout is going down its last road.”  I guess it probably was.

We are in the middle of a great time on the Au Sable.  Every morning there are tricos on all three branches of river, and the #18 BWOs.  Toward noon, I like to fish a dry and dropper behind the weedbeds or over the drop-offs.   In the afternoon, prospecting with small to medium terrestrials on fine tippet or fishing big rubber legged flies at the logs has been productive.  At dusk, it’s the size 18 and 24 olives, a few cahills, a few different caddis, that merge into a whirlwind of often excruciating activity.  And after dark it’s time to swing the mice.  Water temps are good and the trout fishing has improved quite a bit since the heat wave of early July. 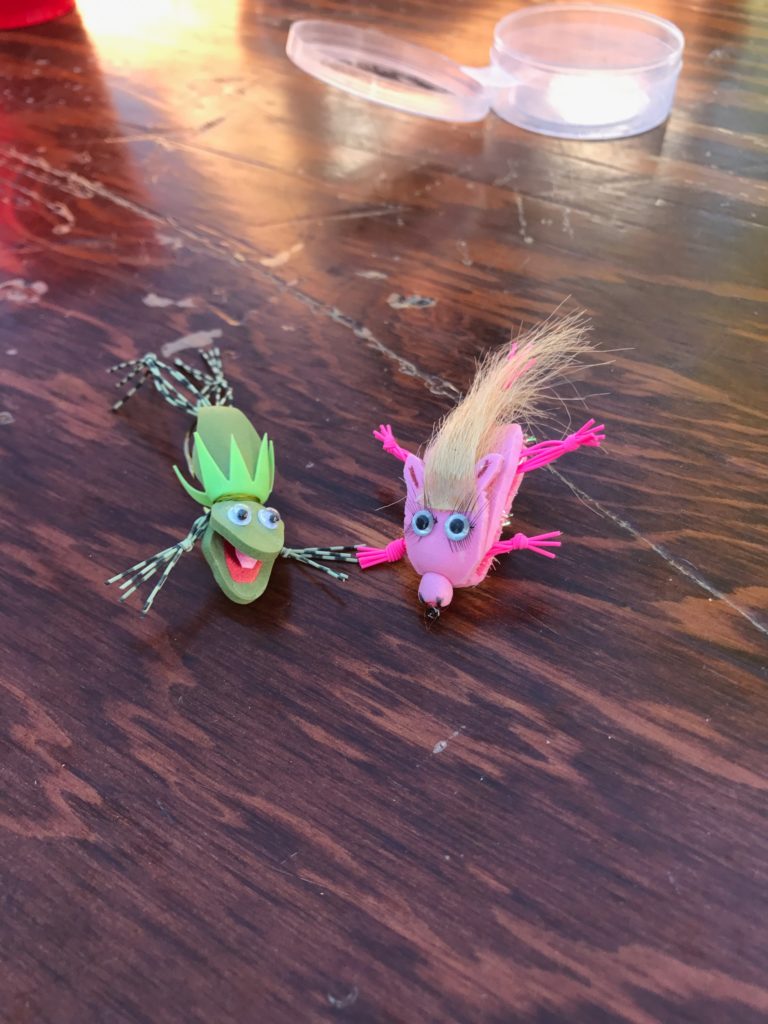 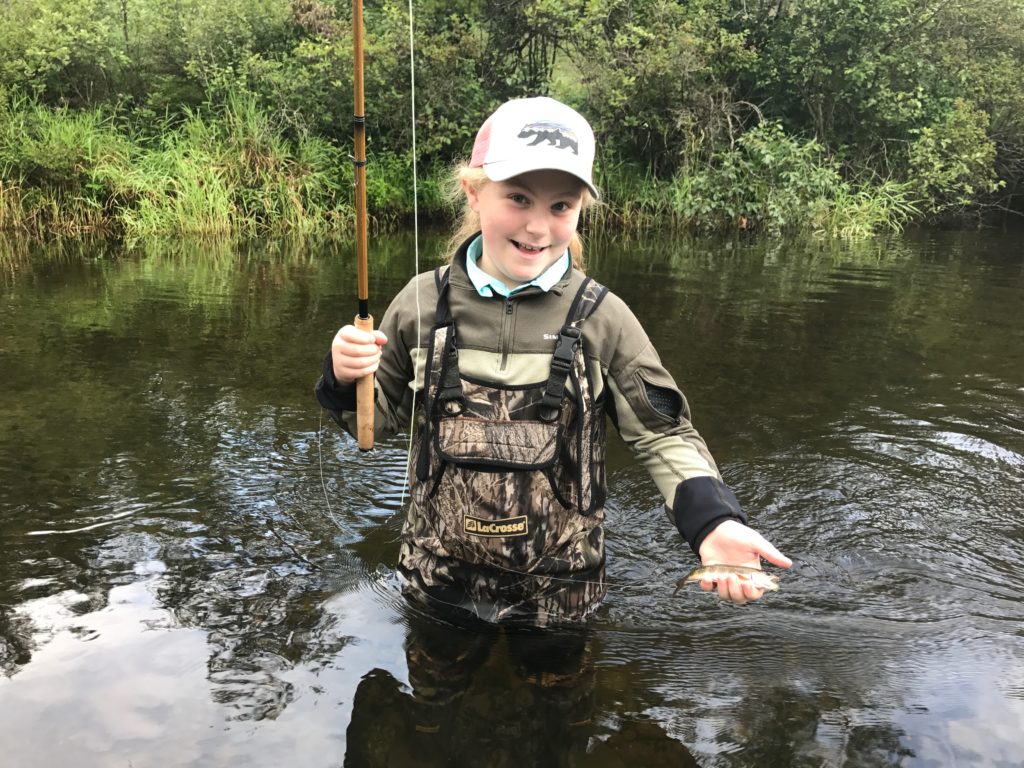