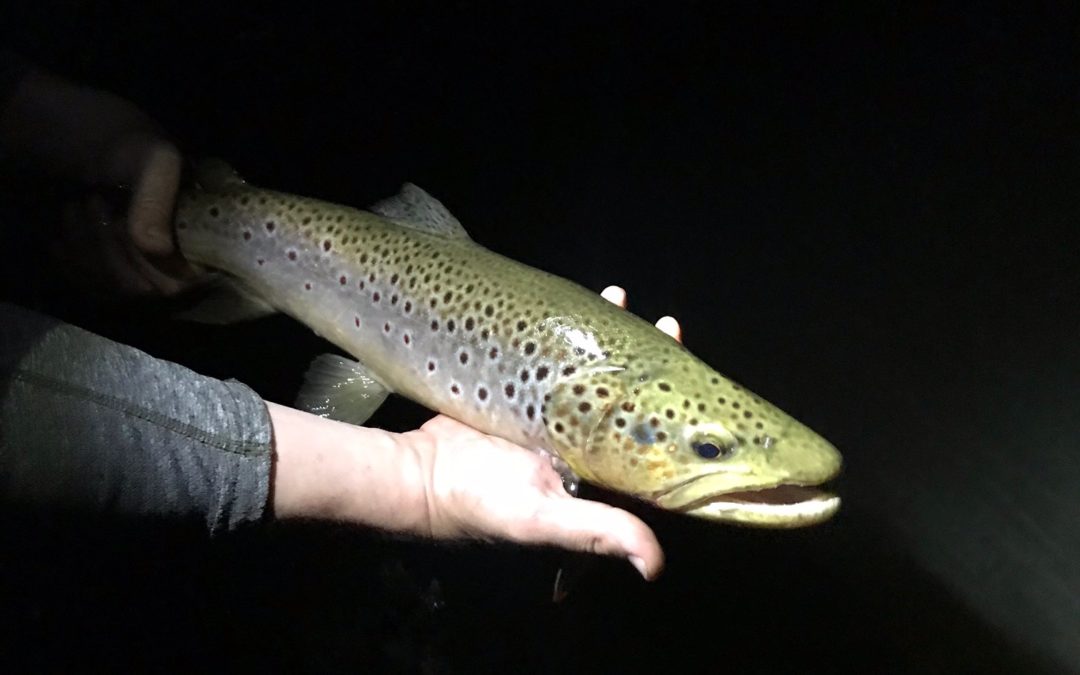 “…a dimension that is a dark reflection or echo of our world…A place of monsters. It is right next to you and you don’t even see it.” Season 5, Stranger Things

I’m not sure, but I’ll bet the first night fishers were treated sort of like outcasts, or even low-level criminals.  There is a clandestine feel to a night fishing mission.  After all, you’re just starting your fishing when everyone else is finishing theirs.  It’s kind of like arriving at a concert after the encore, and not even looking disappointed.  They saw the show, but you got the backstage pass. 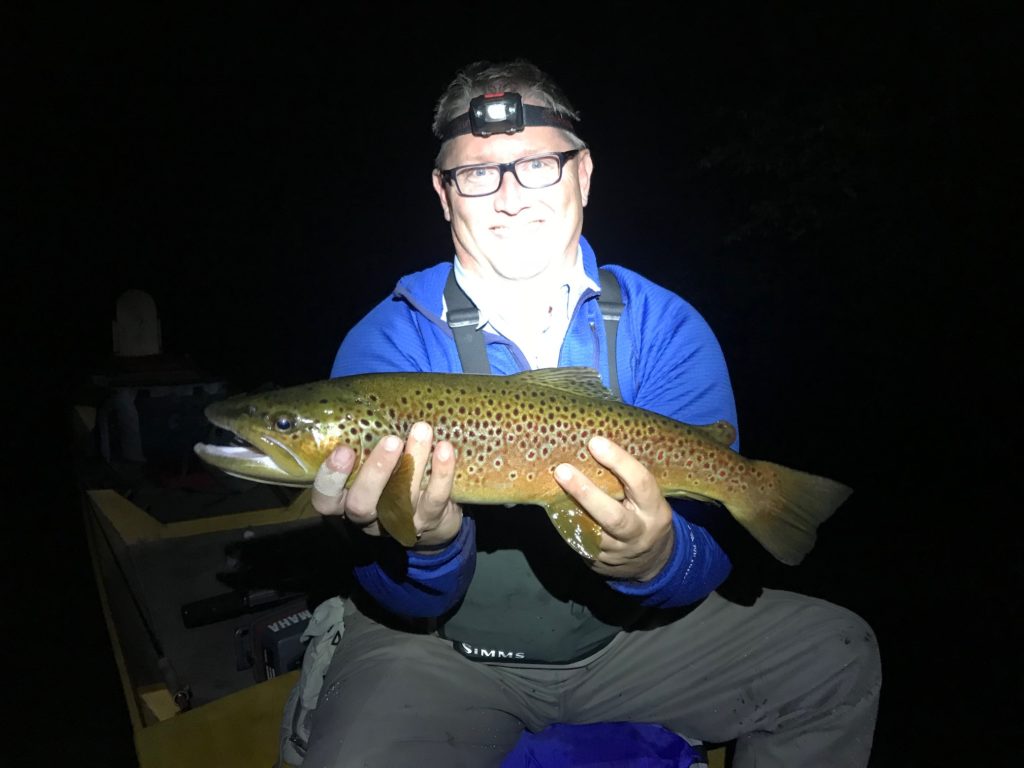 I’ve been out night fishing a few times this week and the conditions have been pretty darn perfect and the trout have been responsive.  The other night with Carl and Jeff it was very dark and the night began slowly and then, after an hour of nothing, the trout turned on.  We moved fish in shallow riffles, in the main bubble lines, and on the inside bends.  The long tailouts — normally good in that stretch — produced nothing.  We landed two nice trout and had another half dozen attacks.  Carl and Jeff had just returned from some crazy remote Arctic Char destination and had these terrible little candies filled with brine that were some local delicacy but robbed me of my appetite all the next day.

You remember that kind of thing when you’re night fishing.

That same night on a smaller stretch of river, Matt and John were out and had, on the south bank, a pack of coyotes yammering right next to the river.  As the boat floated soundlessly by, Matt realized there was a deer, mid-river, less than an arms-length away from them.  The deer began following the boat downriver as the coyotes kept yammering.  Perhaps the deer knew the boat was benign, or at least knew the boat was more benign than the coyotes.  The deer followed the anglers downriver until it felt safe and stopped and carried on about its night, as did Matt and John.

It’s a different river at night.

The rivers are low and clear and maintaining their water temperatures pretty well in the upper rivers.  The attractor fishing has been on and off throughout the day but the tricos and the BWOs have been good in the morning and evening, respectfully, and the dry and dropper fishing is very consistent thru the noon hour. 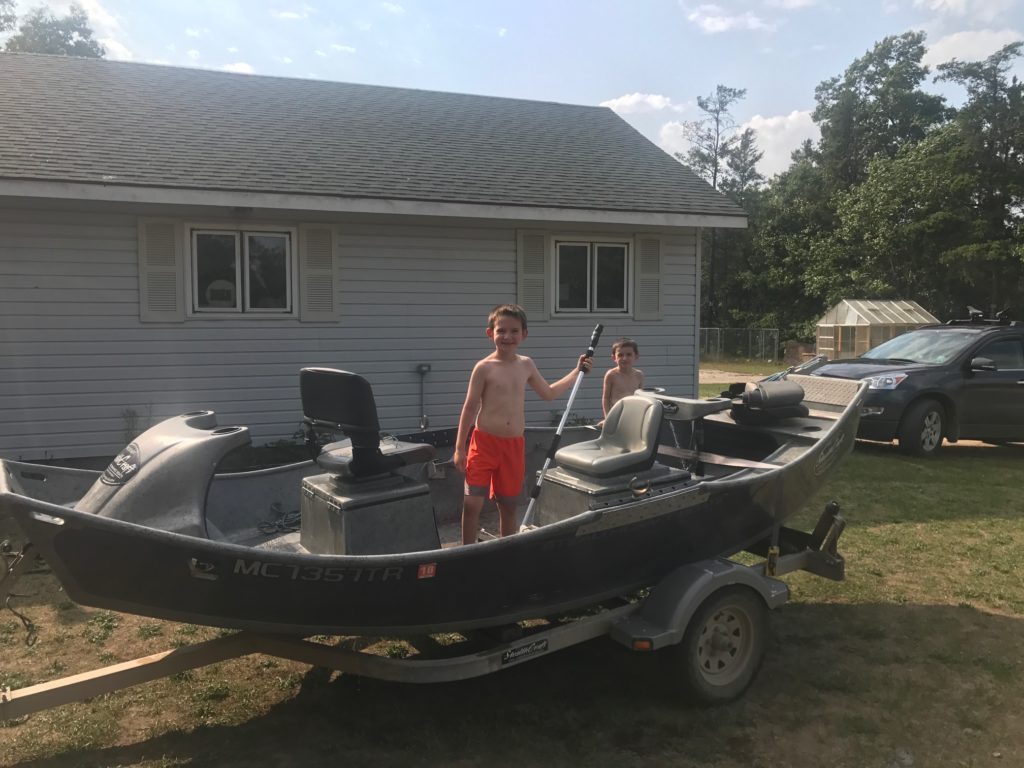 I got my kids out for a quick float this past weekend.  They washed out my boat while I supervised, which felt great on a warm afternoon, though it probably drained the aquifer some.  After Holden tied a few flies, including his first parachute, we made it to the river just in time for one of the best evening rises I’ve seen yet this summer.  I’m guessing it was the size 18 olives but they ate Holden’s #14 purple parachute and he was smitten, at last light, to hook and land this trout all on his own.  Aaron caught a nice brook trout afterward on the same fly, which Holden claimed partial credit for, it being his fly and all. 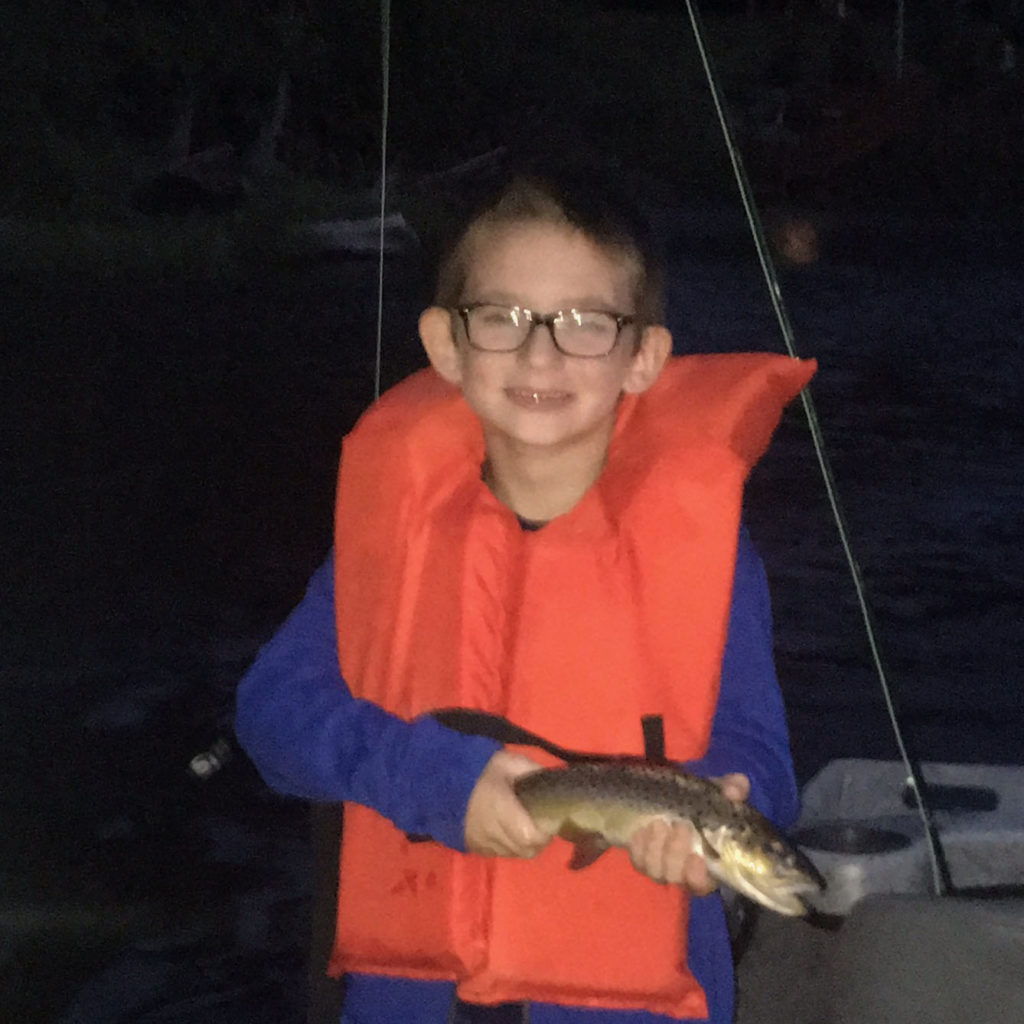 We have two big events this Saturday, the Kid’s One Fly (Box) Challenge and the Midnight Derby.  Last year — as always — we donated the funds raised by the derby to the Headwaters Chapter of Trout Unlimited and they turned this launch: 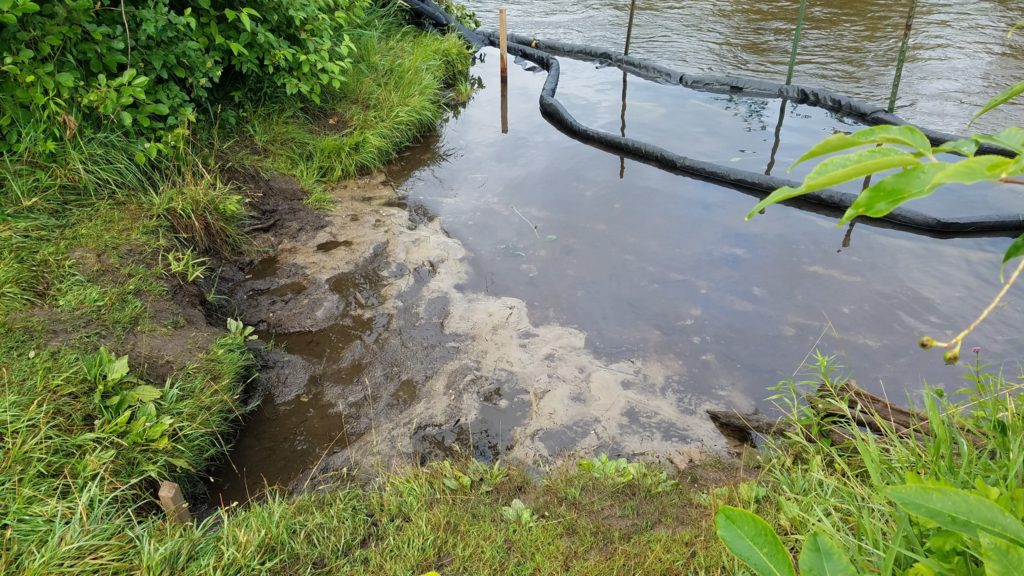 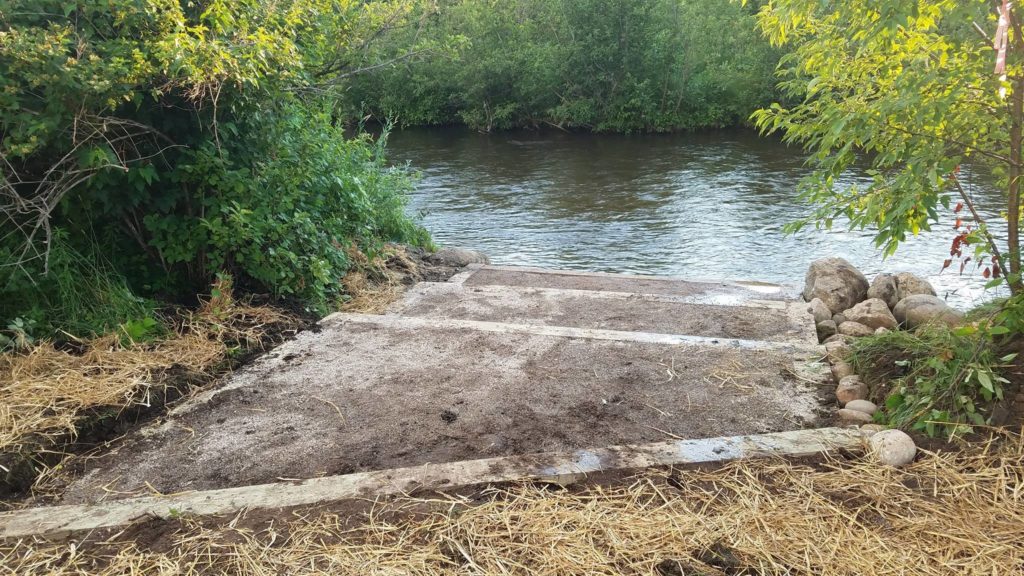 Look forward to seeing some of you this weekend!