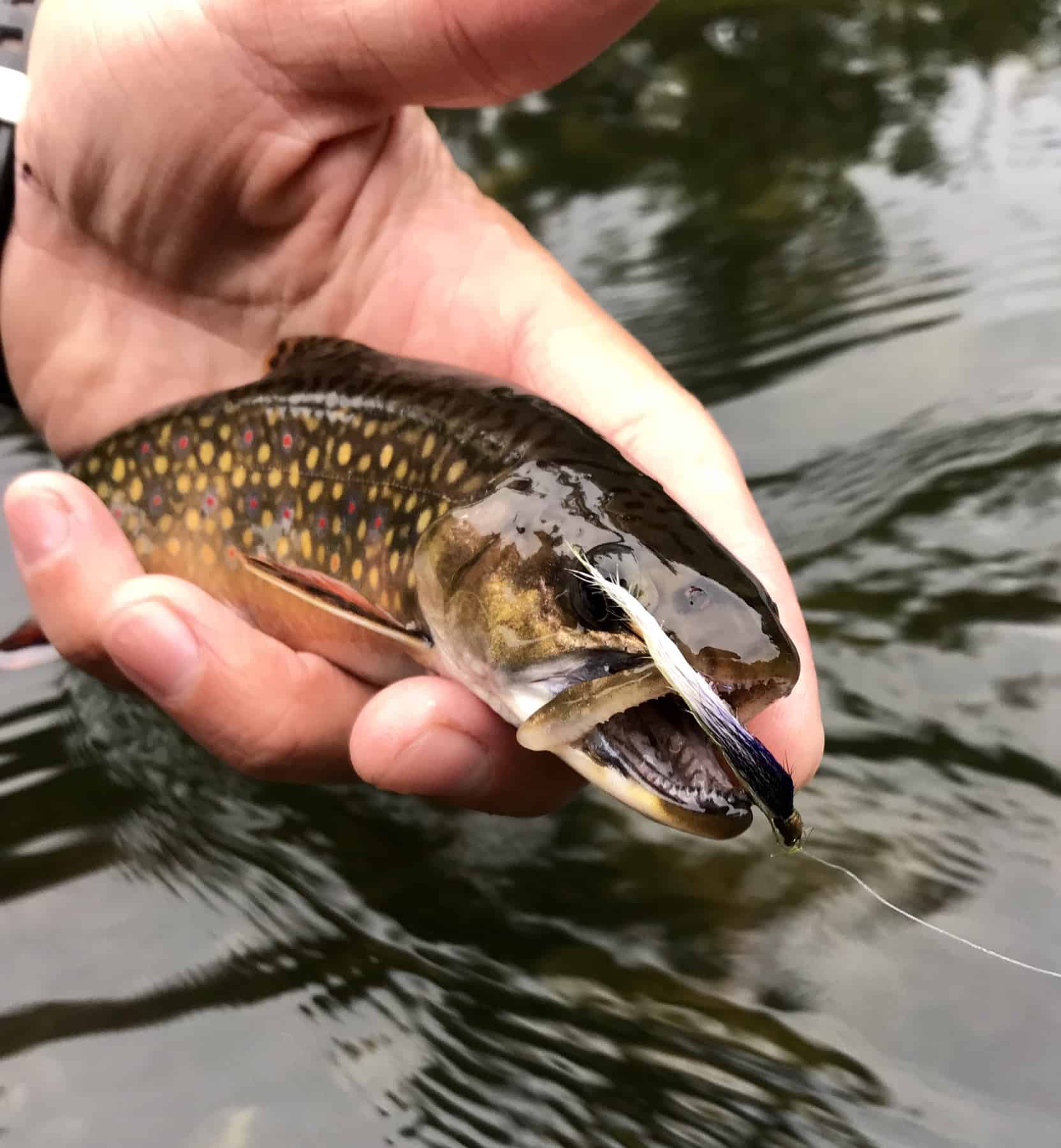 The Grayling Fish Farm is no more.  It’s been a long battle, from small-time meetings to town halls to the state capitol to national news.  It inspired legislation, caused numerous dustups on social media, left us with a few memorable quotes, and involved thousands of people across not just Michigan, but across the country (and even a few out of the country).  But in the end it was resolved where it began, in this tiny river town of Grayling.

There are plenty of details to come.  I’ll celebrate tonight with a few friends, a special grouse recipe, a bottle of wine (or so). I hope the folks reading this will do similarly.  But first I’d like to say thanks.  Katy and I were humbled in meeting so many people who stepped up to the battlefield.  Best, to me, were the number of young people — kids, teenagers, twenty-somethings — who were camped at Keystone or Canoe Harbor, who were eating hot dogs and trout fishing and counting pennies to do so, who left us five, ten, twenty bucks toward the fish farm fight.  On the opposite end of the spectrum, but just as necessary, there were giant gifts, big matching grants.  In the middle, people gave.  There were separate fundraisers.  Rob made stickers.  Matt made shirts.  It just went on.  We received donations from everywhere.  We were copied on letters to various state representatives, the DEQ, the DNR, and so on.  The Anglers legal team devoted significant portions of their life to this fight.  It’s an amazing board. Most of us don’t like to fight.  We like to fish.  Sometimes we have to do both, especially when the fishing we like to do is for trout.

So about that trout fishing. 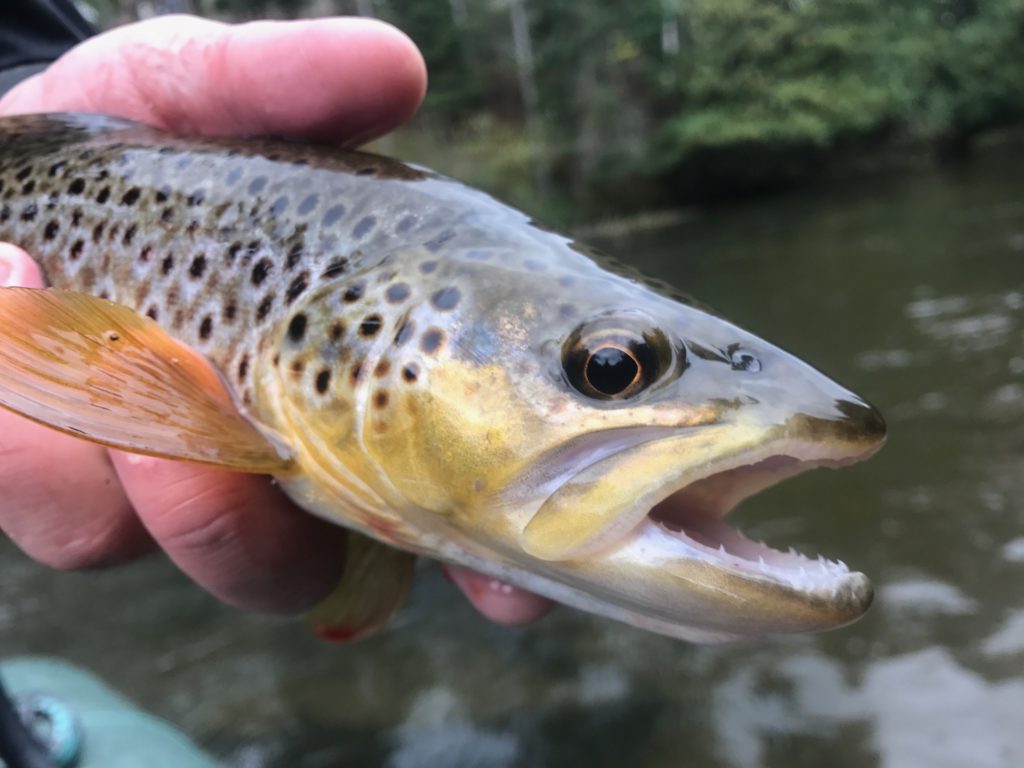 We’ve been fishing, and it has been fun, moody, and kinda good.  Andy G and I floated the Mani yesterday morning and the water was clear, the trout were everywhere, and they just wouldn’t eat.  Or they wouldn’t eat our flies.  I lost three streamers to trees!  Jeeze.  Girard represented us well though and ridiculed my poor technique, which I deserved.

My friend Kevin has been tearing them up on small streamers.  One trout, though, became bait for a much larger fish.  Check out this mid-twenty inch brown on a creek that ate and then spit out the brook trout Kevin was fighting, and then just sat there on the sand. 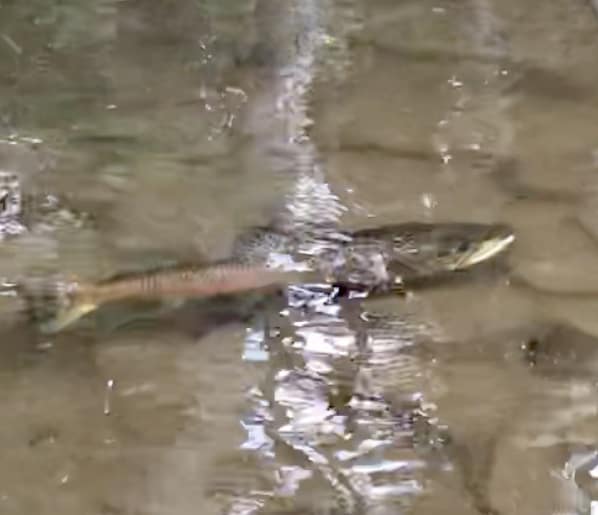 Grainy pic, but you get the point… 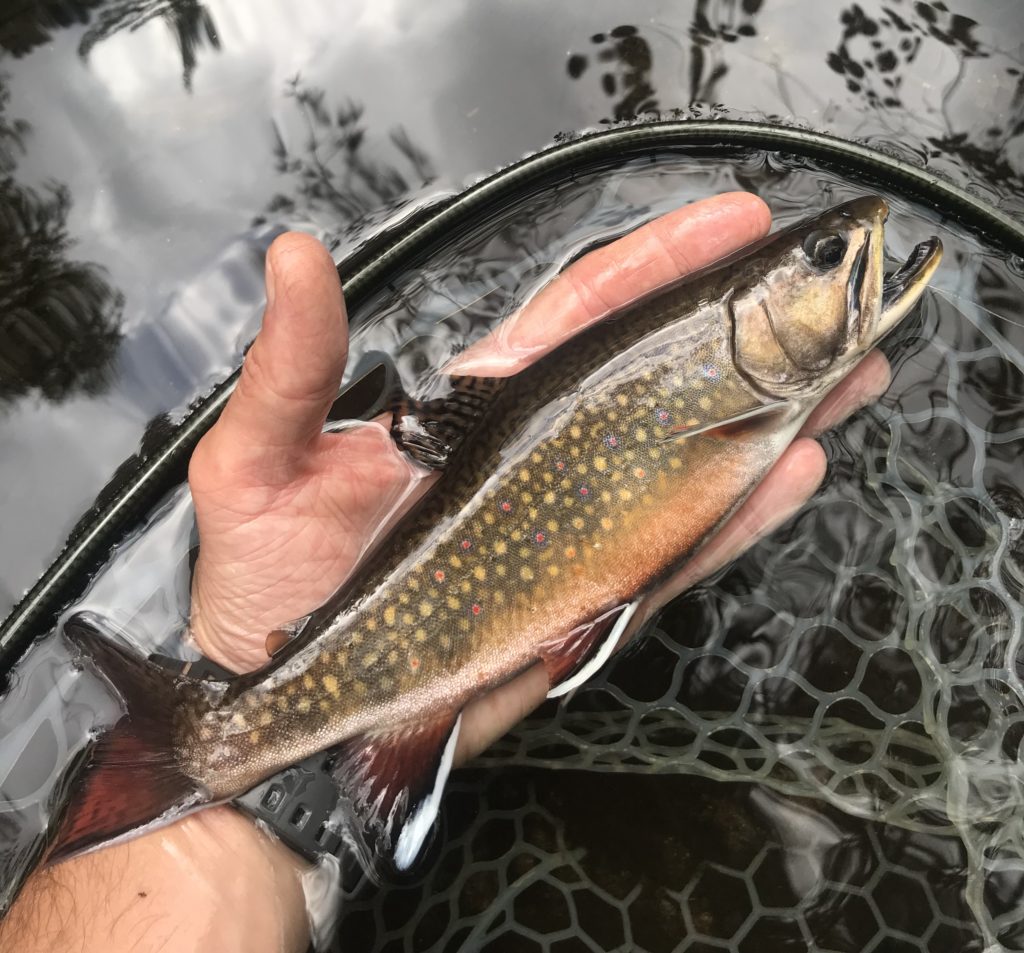 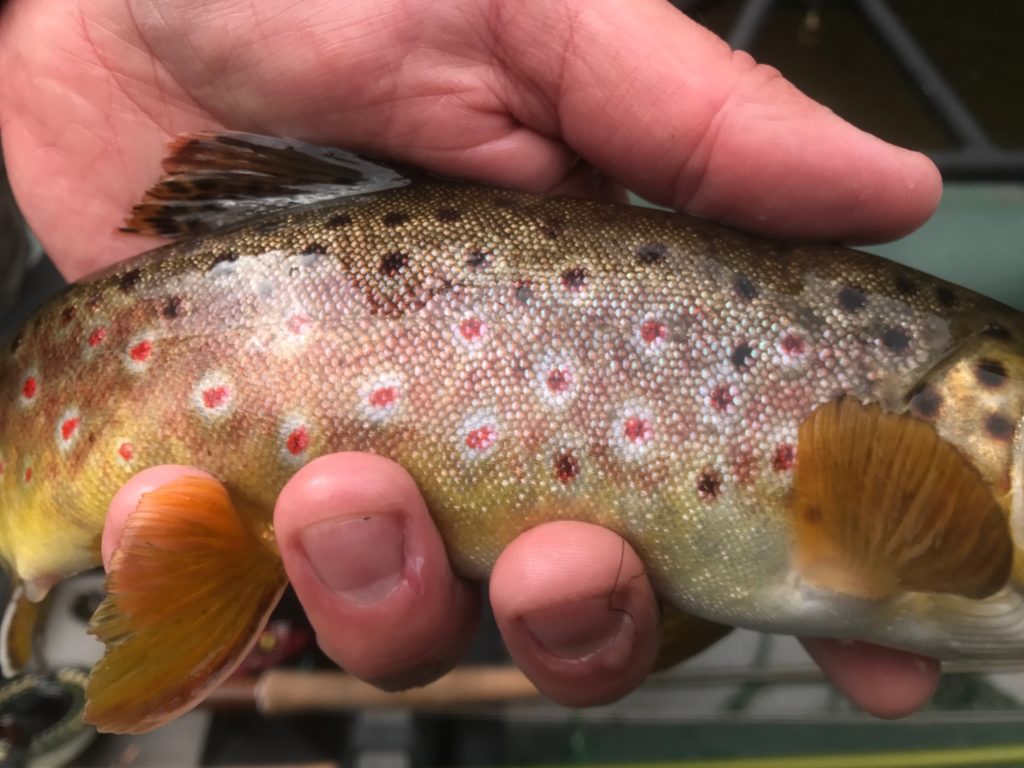 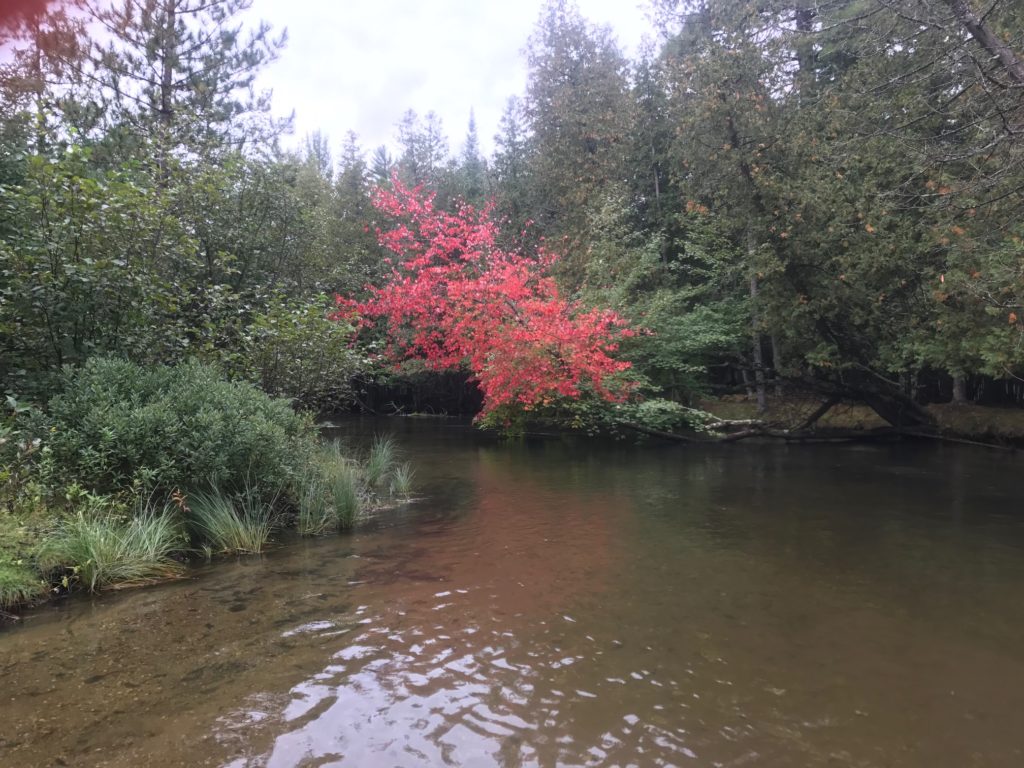 The size 20 olives are rolling and there will be good dry fly fishing this weekend in the flat water stretches of all three branches of river. This fall olive mayfly hatches and spins in the afternoon and is best fished on very fine tippet.  Before the hatch, fishing dry and dropper rigs, or even just nymphing with an indicator or tightline, can be especially productive.

This weekend, with its cold, rainy forecast, looks like a great streamer weekend.  The trout have been doing more chasing and swirling than actual eating, and that’s okay by me. A trout chasing a fly is an excellent conductor of the river’s electrical current.  You’ll feel it when they dart from beneath the log pile, that silent black shadow.  It’ll happen fast, but you’ll have known you’ve seen something wild. 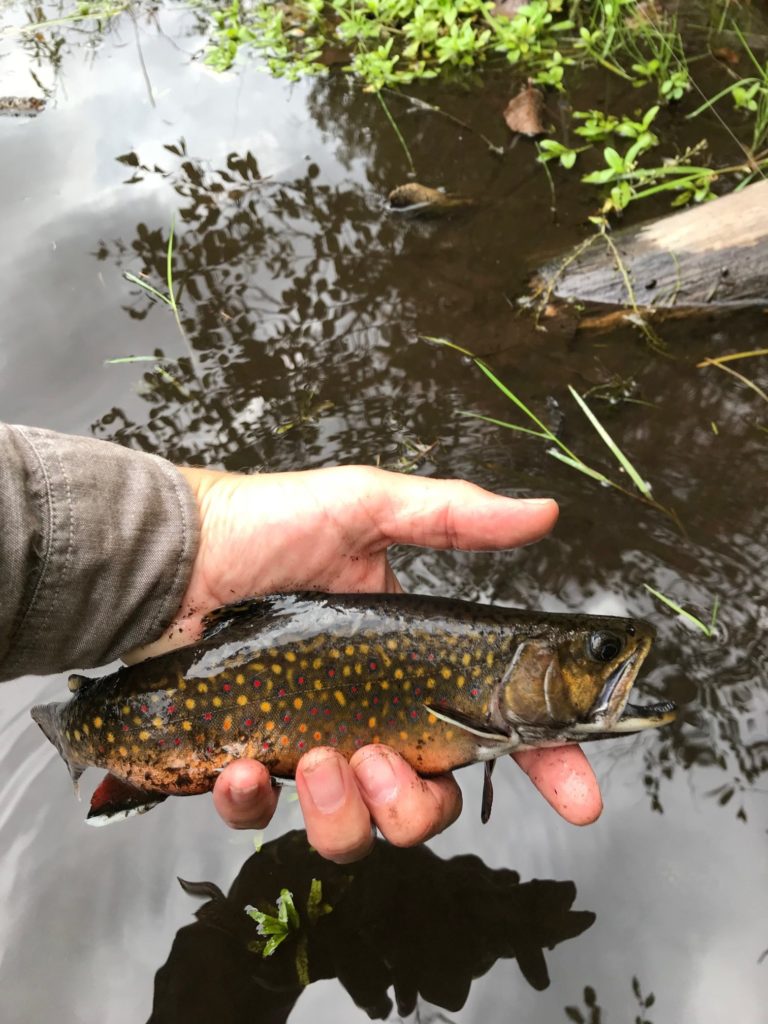 Mark with a dandy BWO eater

Enjoy the fall.  Enjoy October.  Enjoy the good news.  And thank you to everyone who helped along the way. 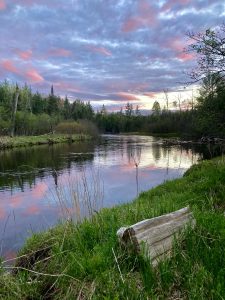 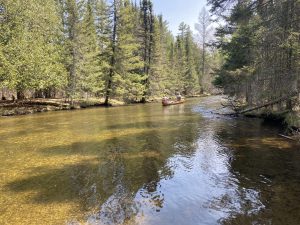