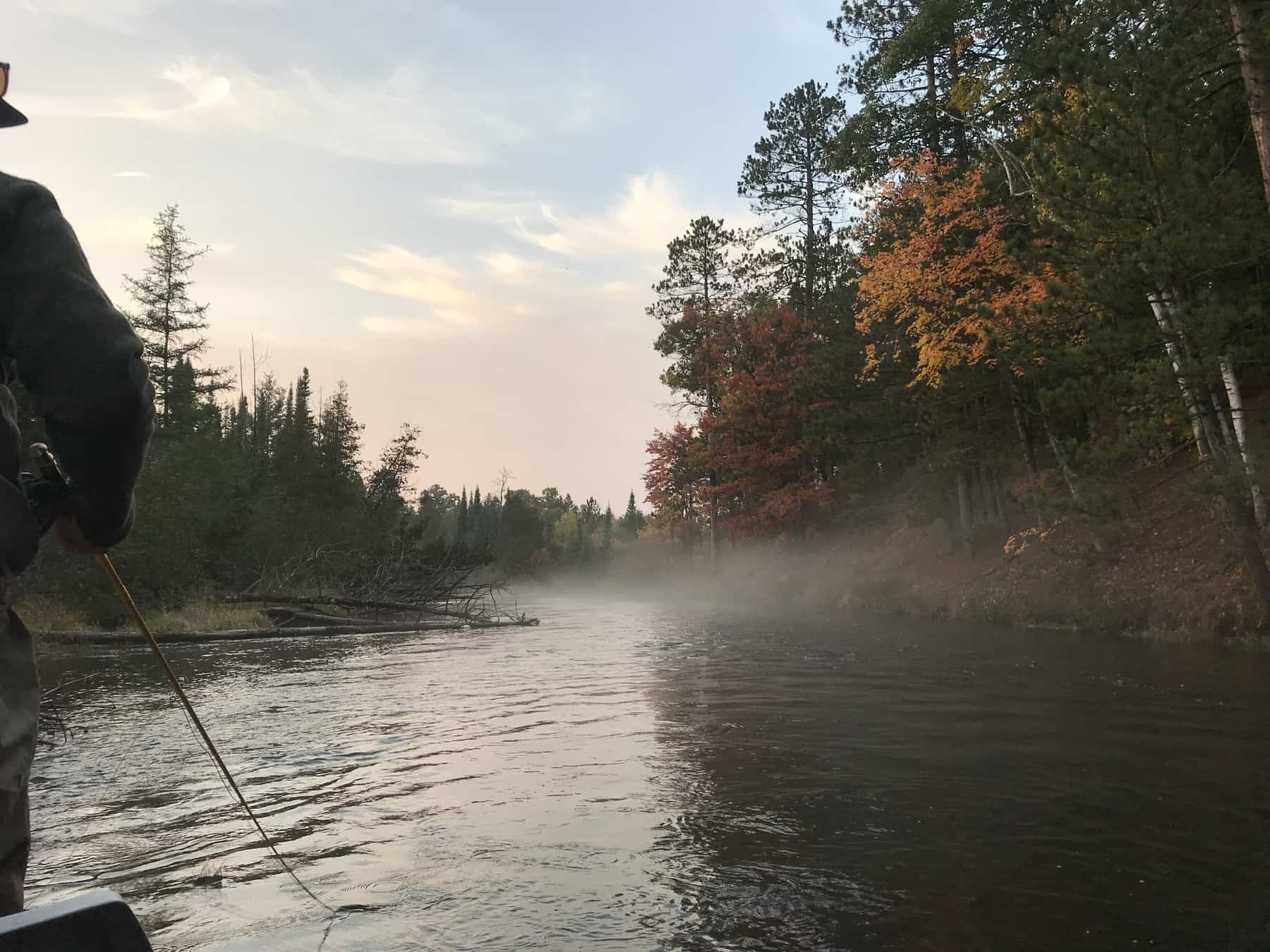 This is some streamer weather.  The rivers are high(ish) and dark, the rain is pattering right now, the temperature is going to drop into the 40s for this weekend, and the trout are pre-spawn.  Perfect.  Don the wool, rain jackets, gloves, sinking lines, streamers, fleece: It’s the comforts of stuff season.  A few spools of tippet and a box of flies.  A thermos of coffee back at the truck. 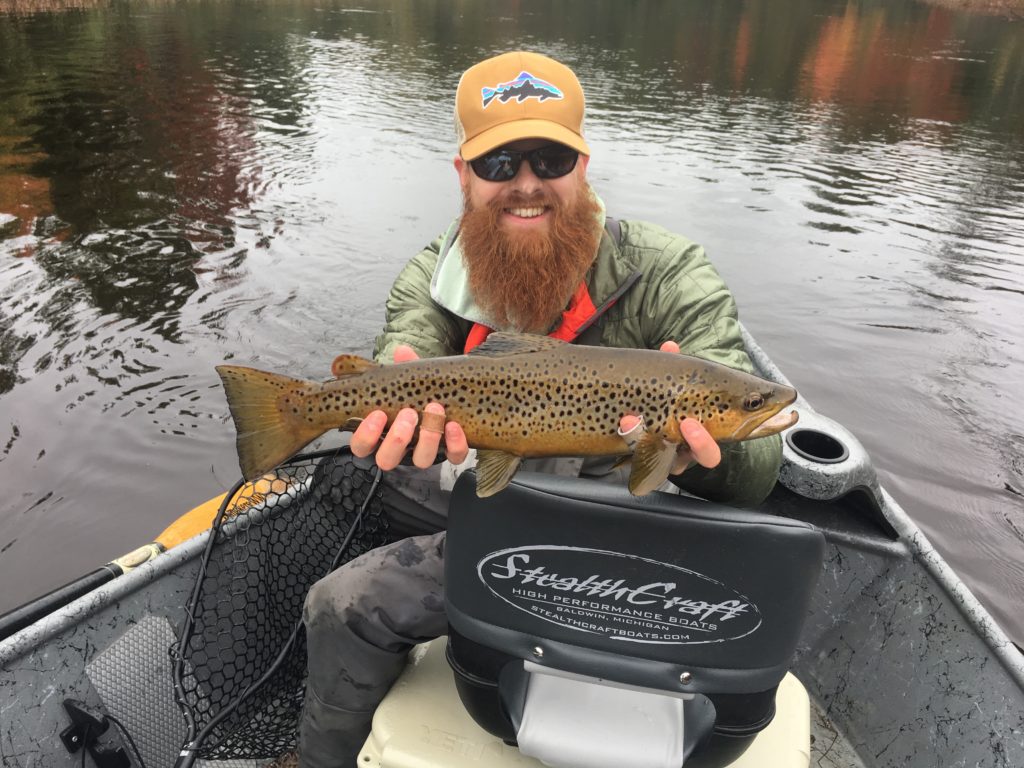 James with a dandy from this past weekend

The trout right now are vicious.  They attack the fly as if they have been propelled by a spring.  If you hook a big one, hang on.  A big pre-spawn trout is far different than a gnarly November trout and the chases this time of year are the experience.  When you plop the fly next to a log and a trout comes out swiping golden but doesn’t eat, well, you think you’d want nothing more than to have one eat.  The addiction isn’t that you’ve caught one, but that you almost have.  Every cast becomes the cast.  You start thinking like a kid, imagining the trout smashing it here, and then here, and then here.  This optimism is repeated every successive cast, and down the river you go.  I waded twice as far as I expected today and I saw some very large trout come to the fly through the murky South Branch currents but none came quite far enough.  I would have fished right until dark, I suppose, if I didn’t have somewhere to be.  I did, however, have a spam phone call to my cell phone (I thought I knew who it was, and thought I needed to answer it) and in the process I missed a dandy trout.  I will file that away for the future.  Never answer the phone on the river.  I think I’ve learned that one before. 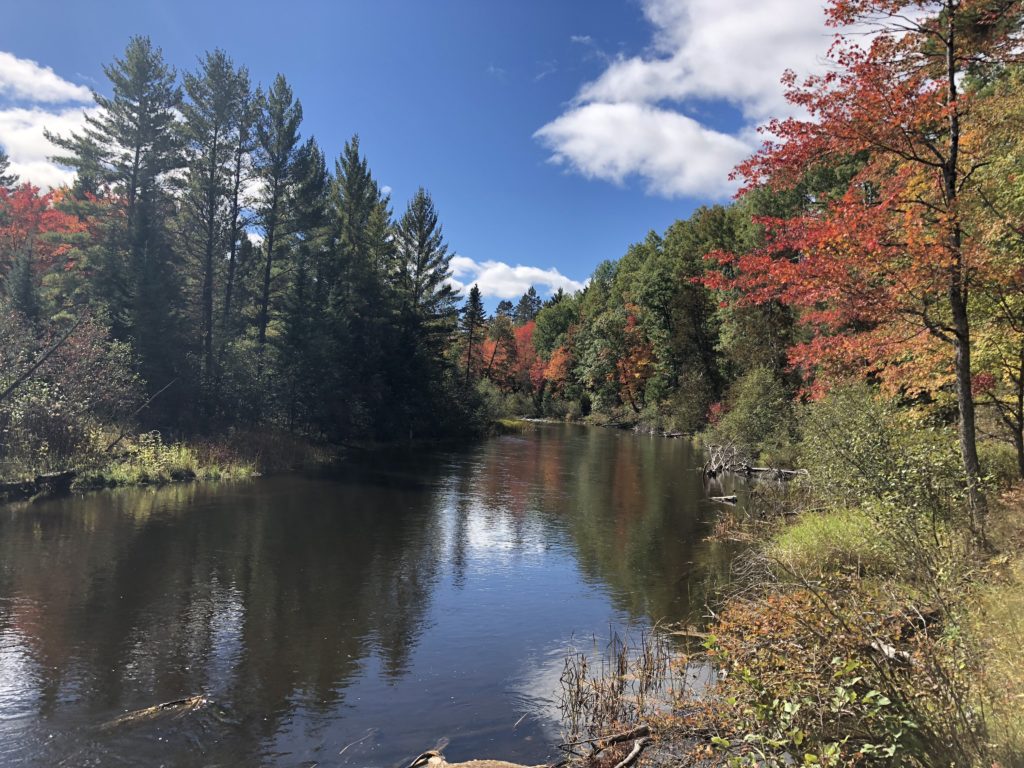 If you’re coming up to streamer fish this weekend, you’re in luck.  The only unknown right now is how high the water will be tomorrow morning.  The South Branch this afternoon was right at the borderline of safe for experienced waders who also know the water.  The Holy Waters is stained but in fine shape, as is the North Branch.  An inch of rain will change some of this.   The rest of the weekend is cold and cloudy.  The female trout will begin making nests (some already have) and very quickly this mid-October river will look like a late-October river.  The male browns will become very aggressive full of both posture and feed.  They aren’t spawning yet, but such weather and water temperatures speeds up the process.

A variety of streamers in a variety of colors are working, but make sure you get to the trout’s depth.  Normally I fish floating lines this time of year but a sink-tip — even a short sink tip — helps cut through the faster current of a higher river.  This is also a great time of year to fish two smaller streamers in tandem.  They aren’t much more difficult to cast, especially with a sinking line, and they really do work well on pre-spawn trout. 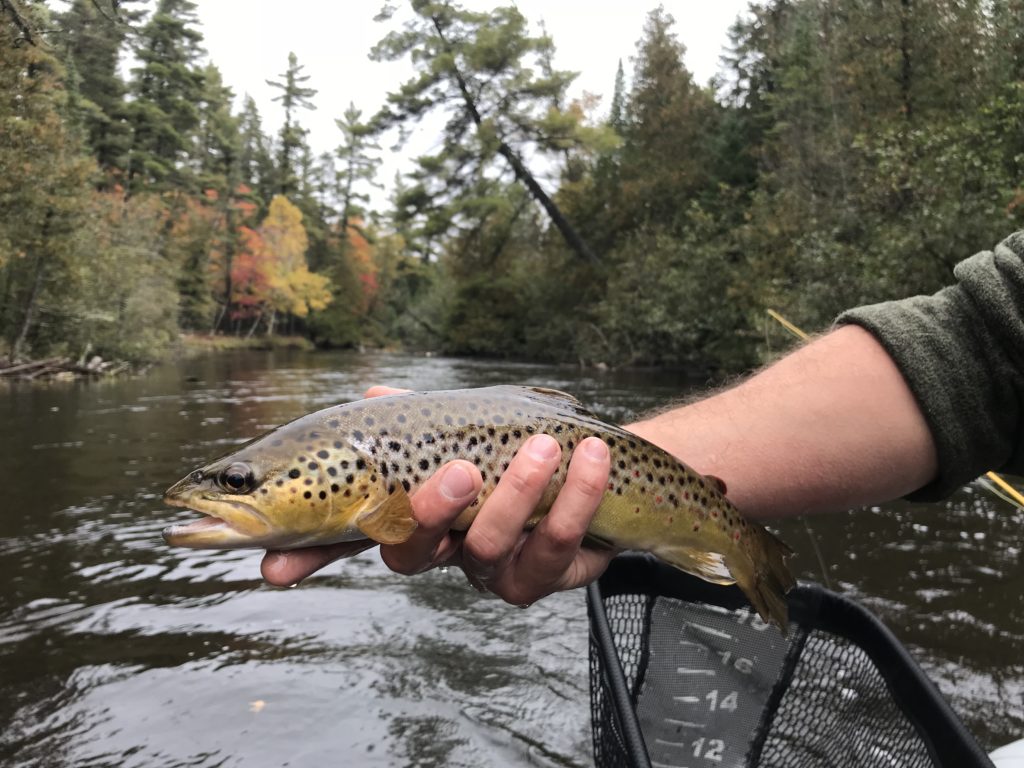 Kevin had a great day on the South.  His pic at the top of the report as well.

We ended up with a few open boats this weekend (Thursday and Friday, for sure), and some guides that know the Au Sable streamer game as well as anyone.  The rivers are high, and if you’re uncertain about the wading, getting in a boat puts the whole river literally at your feet.  Please call the shop if interested. 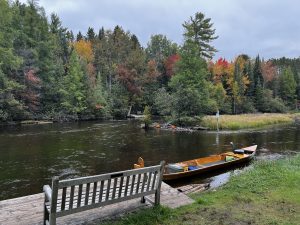 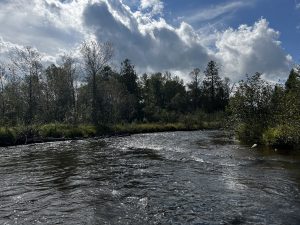