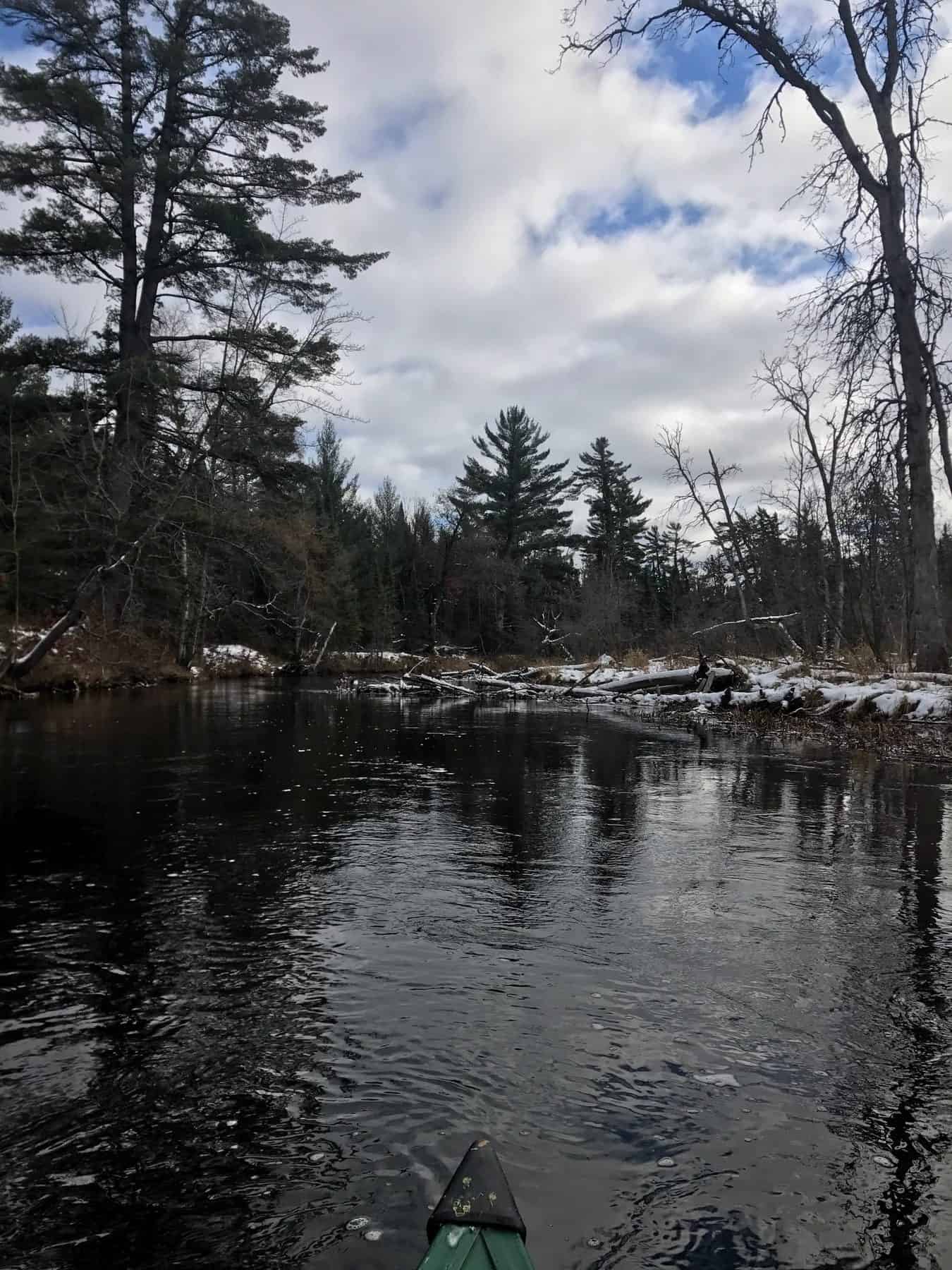 November reminds me just how bright, still, and cold a night can be.  Like many, I took a week off fishing because of deer season.  Not because I relentlessly pursue deer, but because it’s just a good week to remember the fall, and plan for the winter, and a deer stand is a good place to contemplate such things.  This means cutting wood, eyeing skis, working my way into production fly tying mode by cranking a few winter streamers, reorganizing the nymph box (I have sights set on sight fishing here soon), and getting ready for the winter season.  Nick Lyons once claimed that fishing every day would be hell.  The seasons, and the array of techniques that the seasons have spawned, prevent hellishness, at least for me.  I anticipate those snowy afternoon streamer floats when Verlac and I spend the last hour talking about what we’re going to have for dinner.  I can’t wait to sneak up the inside of a sandy bend and see a long shadow in two feet of water.   Or to hit the trails late in the afternoon in perfect snow, and push, push, push far into the Mason Tract.  Or to swing a fly through a dark winter steelhead river, snow tapping my hood. 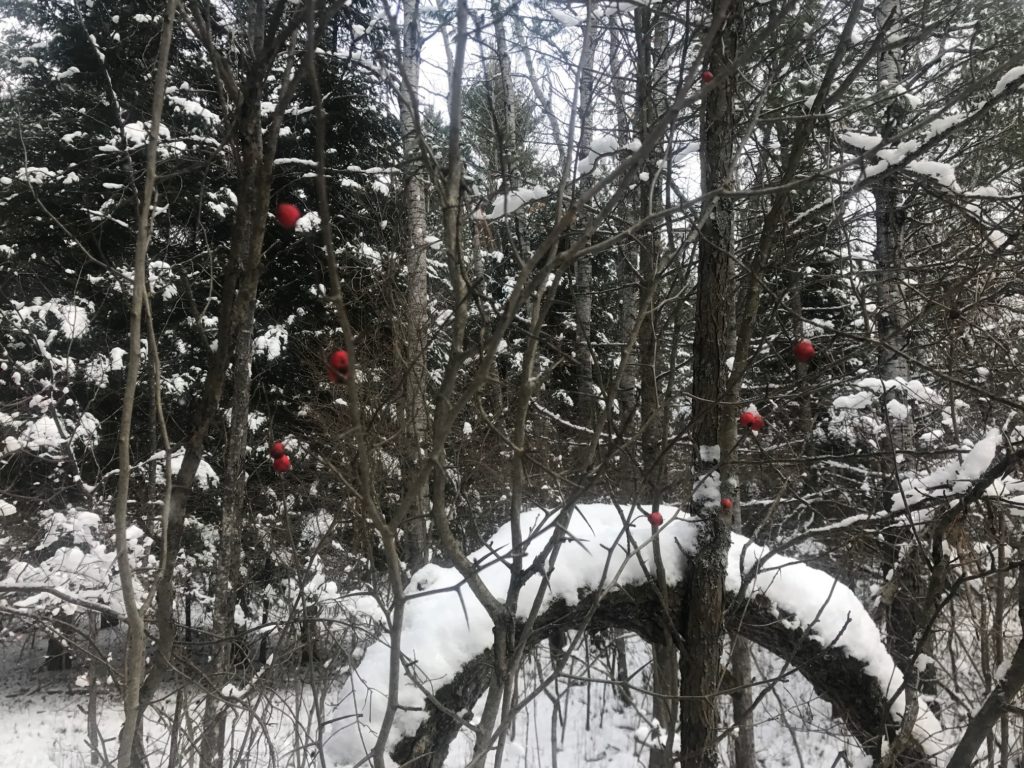 This weekend is off-limits to some – family and all – but it’s shaping up to be a very fishy few days on the river.  The temperatures bump up to near forty, the winds blow from the south, and then a snowstorm moves in.  It’s these small warmups that keep the guides ice free, and trigger the fish to chase the fly, or to move into their nymph spots.  Taking long wades down the river fishing weighted streamers slowly but not too slowly (I like longer strips, and longer pauses, in the winter) might not result in a lot of fish, but now is the time to find some big ones.  If you love streamer fishing, a warm-up like this during post-spawn can be pretty awesome.

On the opening morning of deer season I drove the South Branch roads where I’d seen him the day before, about fifteen miles from where he’d gone missing.  Occasionally I’d pass Dan, Jack’s owner, who was also on the search.  It was 7 degrees.  About 10 am I abandoned the search and took the kid’s to Skip’s buck pole, and then we headed back on North Down River Road, which is when my phone rang.  It was my friend – and Gates Lodge sous chef Will – reporting that the dog was in his yard on Wakeley Bridge Road.  What’s crazy about this is that Will lives in my old house, which struck me as a fitting coincidence.

I told the kids we were en route to a rescue and I floored it down North Down, and hung a right on Wakeley.  Near the Lower Trout Unlimited property I saw the Crawford County Animal Control truck headed the opposite direction.  I flagged her down and she reported that she’d seen the dog, had tried to catch him, and he’d fled in to the woods.  I sped down the road toward where she’d seen the dog, and I saw Dan’s vehicle headed my way.  He was the very next vehicle.  We were one minute from rescue.  Dan blew the whistle toward the forest.  The kids and I blocked Wakeley Bridge (the dog doesn’t like to swim).  We listened for the bell.  The dog was gone.  It was heartbreaking.

That afternoon I deer hunted while Dan drove the county.  I let a small buck walk past me only to hear him (I presume) get shot further down the ridge.  Dan reported back that he’d driven thru several tanks of gas but the dog had vanished again.  Meanwhile, there were little pings here and there, deer hunters who’d heard the ghostly sound of a bell in the forest at first light, at last light.

The next morning, on a hunch, Dan returned to where we’d lost the dog originally, at my secret grouse spot, somewhat near the North Branch.  He pulled into our original parking spot.  A deer hunter was parked there in a black jeep.  And from under the black jeep slunk a shivering, skinny, exhausted Jack.  Jack, who had spent three nights and a round trip thirty miles in sub-freezing temperatures, undoubtedly crashing through ice, crossing midnight bridges, feasting, when he could, on deer gut piles, while searching for one person on earth.  Dan, of course, had done the same.  Both looked equally exhausted in my estimation.

On that note, a little Thanksgiving cheers not just to Jack – perhaps the toughest dog I’ve ever kind of known – but to the wonder of the outdoors, and of the wild things, which we endeavor to, but never will, completely understand.

Catalogs are in the mail!  Click here for the PDF version.  Shop and enjoy…and find so much more on www.gatesflyshop.com.  We will be donating 1% of all tackle sales to the new Grayling Fish Hatchery starting right now.  It’s not much, but it’s going to help.  If there’s an item you want that we don’t have, we can almost always get it for you.  If we can’t, we’ll help you find it somewhere else.  Our phone line is now open 9 am – 9 pm, seven days/week via call forwarding. 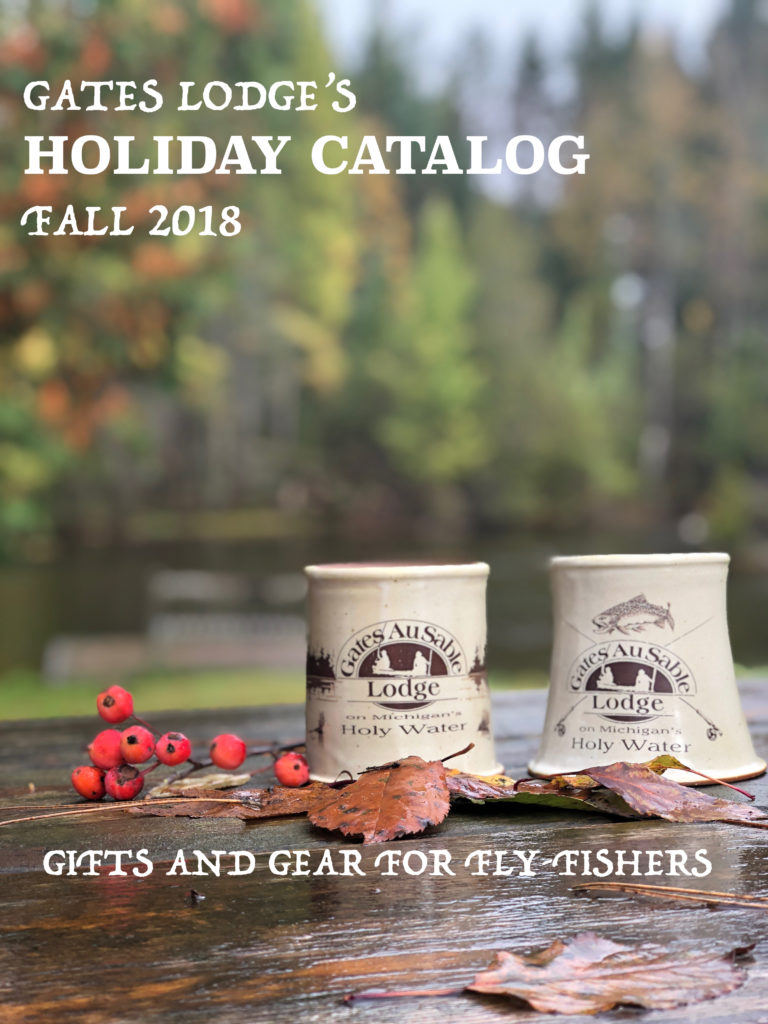