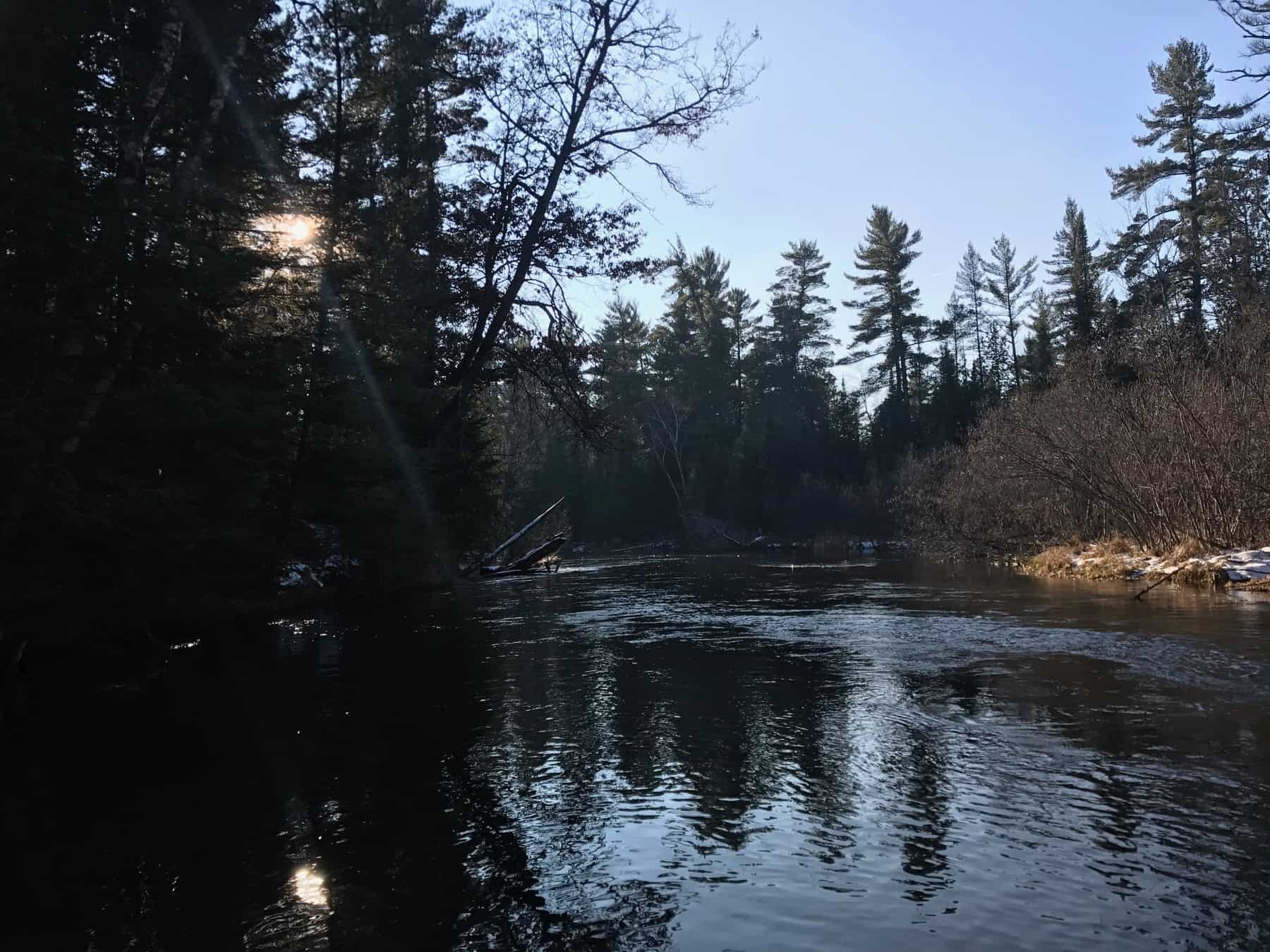 Mid-December, still no real winter.  Sure, there are shanties on the lakes, but the lack of snow and yet another warm week make access easy.  The rivers are low and clear and not even a skim of shelf ice.  There are midges hatching in the afternoons, not that a Michigan trout would eat one, but they are certainly willing to chase a streamer or eat a nymph.

The other day my son Holden and I hit the river for a nice winter fishing float.  He’d tied a few nymphs and I’d tied a bunch more, and on the third cast of the day he hooked a trout.  A big trout.  It ran upriver with slow head shakes — always a good sign — and stayed deep and…the hook came out.

It was warm, mid-thirties, but kids get cold.  That, and we managed to find every snag in the bottom of every pool that I swear, earlier in the fall, allowed a clear drift.  After rebuilding a half dozen nymph rigs, hooking and losing another fish, we pulled into a sandy, deep hole and saw a gigantic trout laying on the sand.  Feeding.  I knew what to do.  I knew to get out of the boat, walk thru the tag alders, get below the fish, and throw one careful cast upstream at that gigantic trout.  But knowing what to do is different from what you do, and instead I tried to catch it from the boat, which was impossible, I realized, and I ended up losing the rig and the trout spooked off, which prompted Holden to later draw this portrait of his dad: 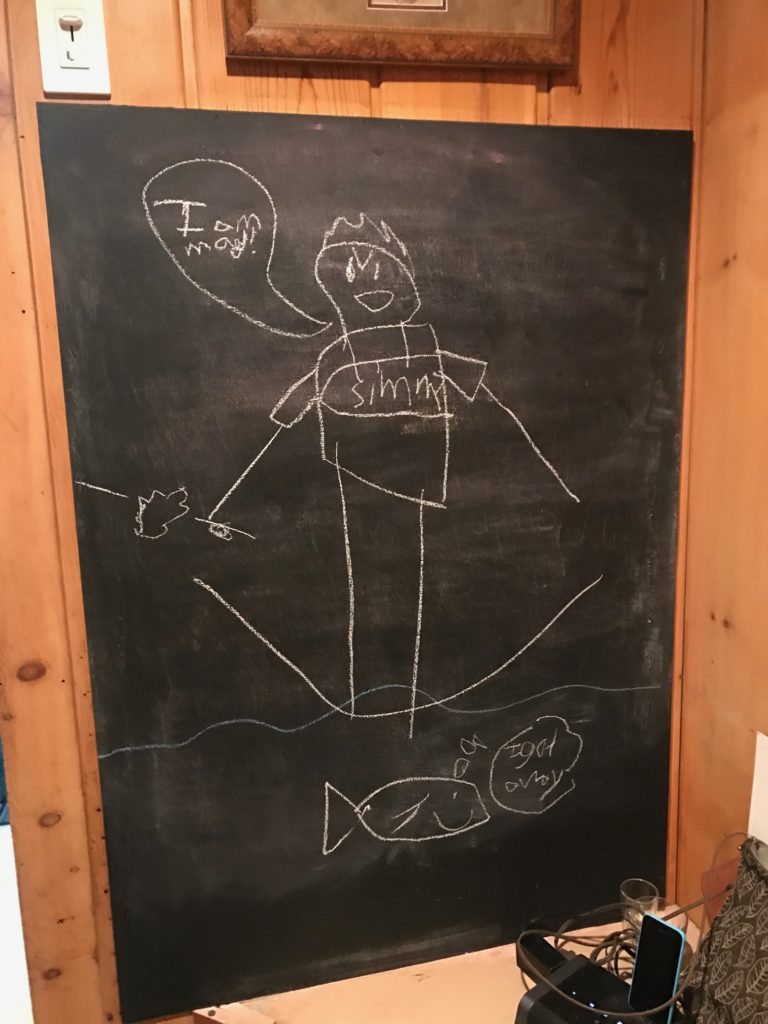 “I am mad” say I, as the fish notes that he got away

We agreed to try one last pool to try to save the day.  Not that it was a bad day, there aren’t too many bad days on the river, but it was a challenging day.  I anchored in the final bend, and I handed Holden his fly rod, and for the first time all day he forgot he was nymph fishing and attempted a back cast, which sent the split shot around his rod in one direction, his anchor fly in the opposite direction, and his dropper fly somewhere between the two.  I took a deep breath and I redid the whole rig.  We were being very quiet.  And then Holden made one cast and caught a dandy brown trout…and on the fly he tied.  Boy, it was all smiles after that! 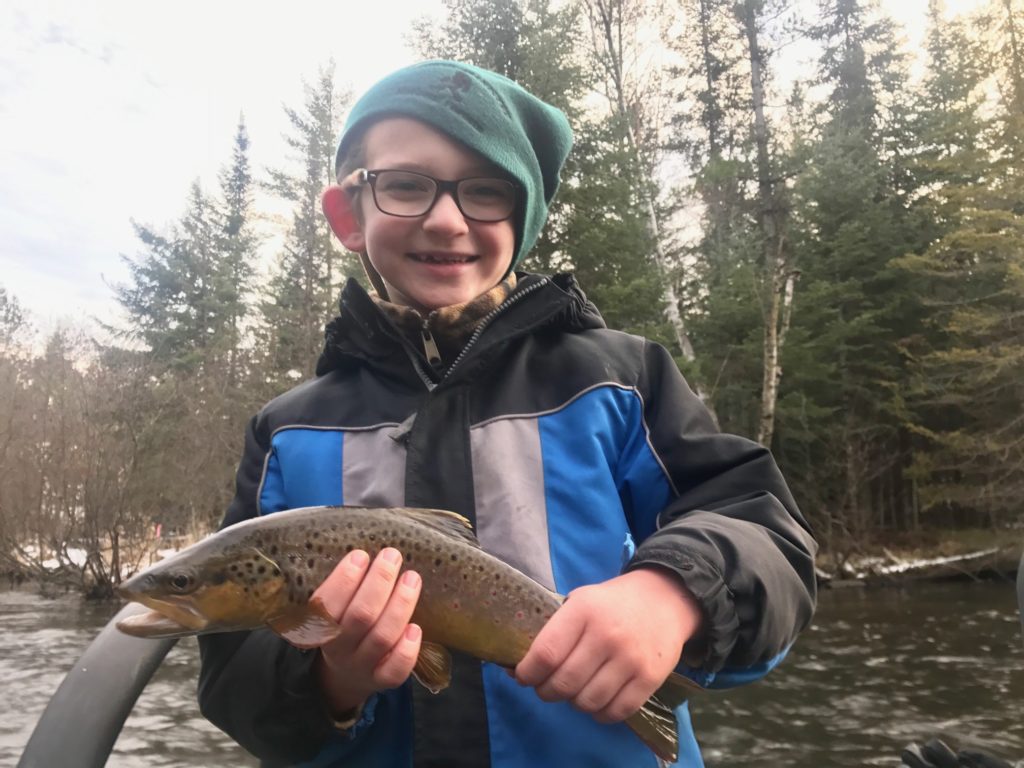 Today was a streamer day with Greg.  It was too sunny in the afternoon, but things perked up when the clouds came in. 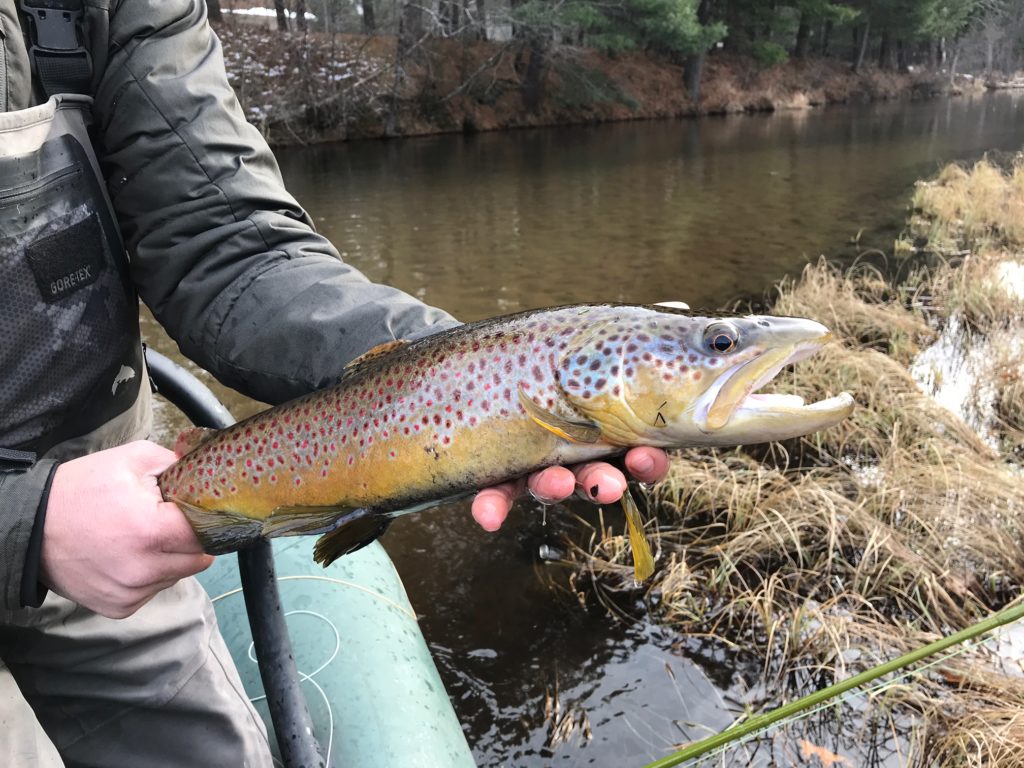 All told, it’s winter on the Au Sable…just a gentle one.  Tight line the fast water, indicator the slow water, and fish a streamer through the dusk hour.  We’ve been doing well with eggs, small natural-colored nymphs, and black streamers.  Be mindful of the wading as the fish are very skittish in the clear water.

Have a great Holiday and New Year…the next report will be in 2019!

December 20 is the last day for us to ship, but we can email you gift certificates right up to Christmas Day.  Check out our online shop: www.gatesflyshop.com.