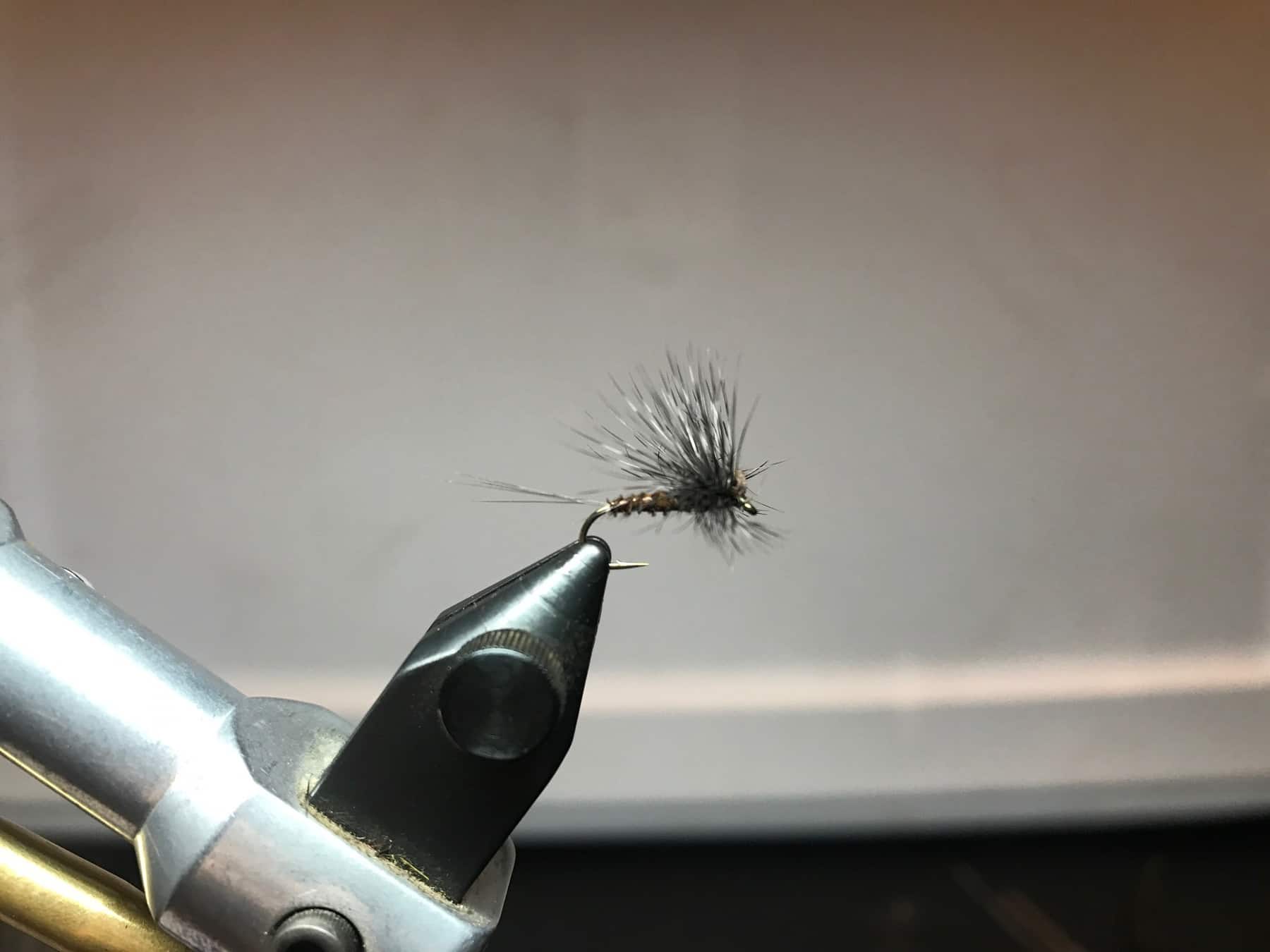 In the middle of May, a cornucopia of trout bugs create splendid dry-fly fishing.  It is my favorite time of year to fish the Au Sable.  Two caddis, the last hendrickson spinners, the first yellow stones, the first sulphurs, and the mahoganies.  But nothing quite compares to the ubiquitous brown bug: which is not one but several mayflies, and I’ll leave you to identify them at your own peril.  The primary bug is the Borcher’s Drake, but the others may or may not be male hendricksons, the first gray drakes (yes, we get a few), and the first March Browns.  And others?  Maybe.  All I know is this fly fished in sizes 12-16 to trout rising at dusk around May 18 will get the job done.

Steps 1&2: Start the thread by wrapping it over the tag end and then working to the back of the hook.  Leave the tag end, tie in the tails, and then run the tag end between the tails to split them.  I like two tails on each side. 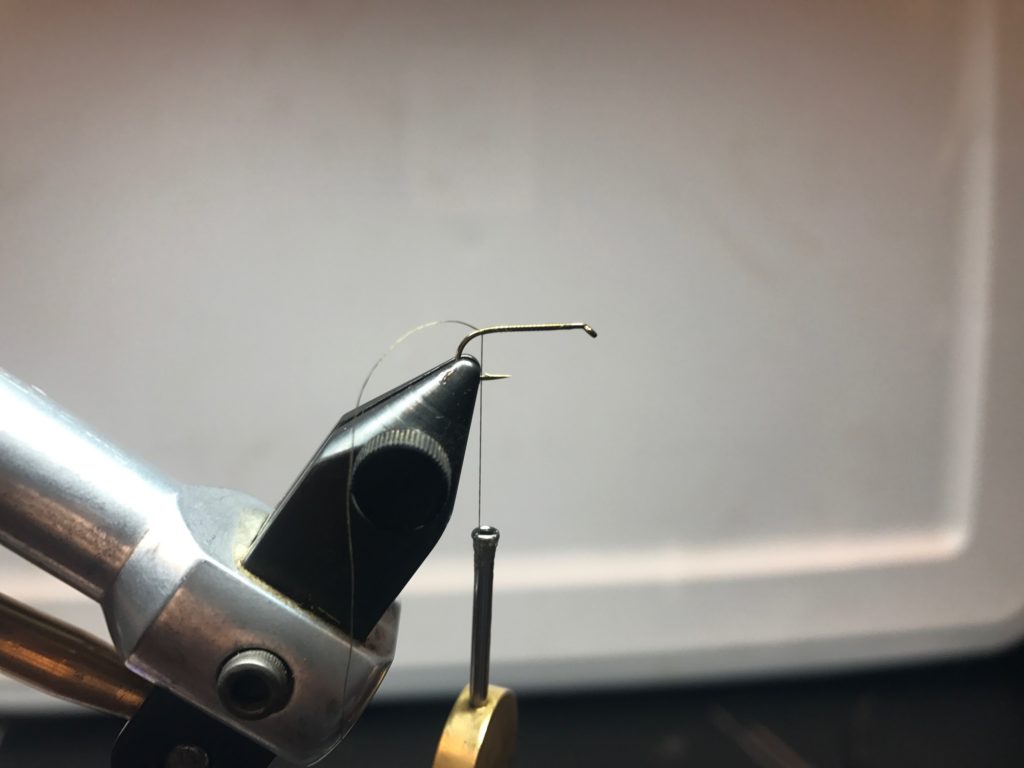 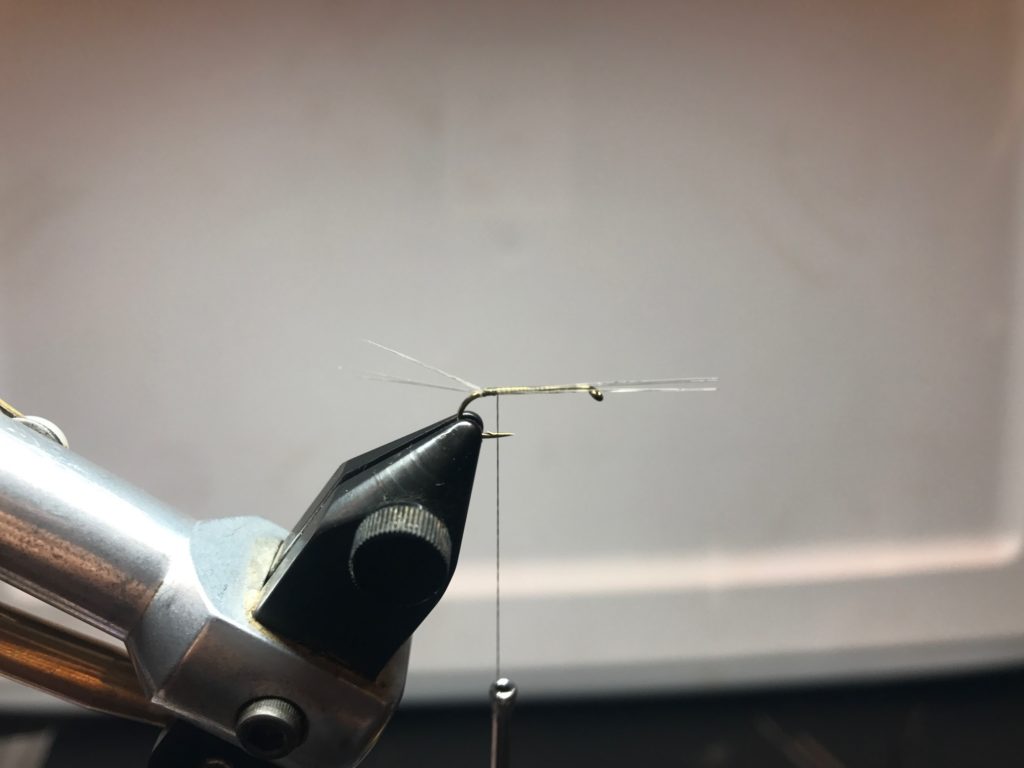 Steps 3, 4, 5:  Select a turkey biot and tie in the tip first.  I usually clip a bit of the fragile tip off before tying it in.  Now dub the thread with enough dubbing to cover the back half of the hook shank.  This will be the shape of the body.  Finally, wrap the biot over the dubbing. 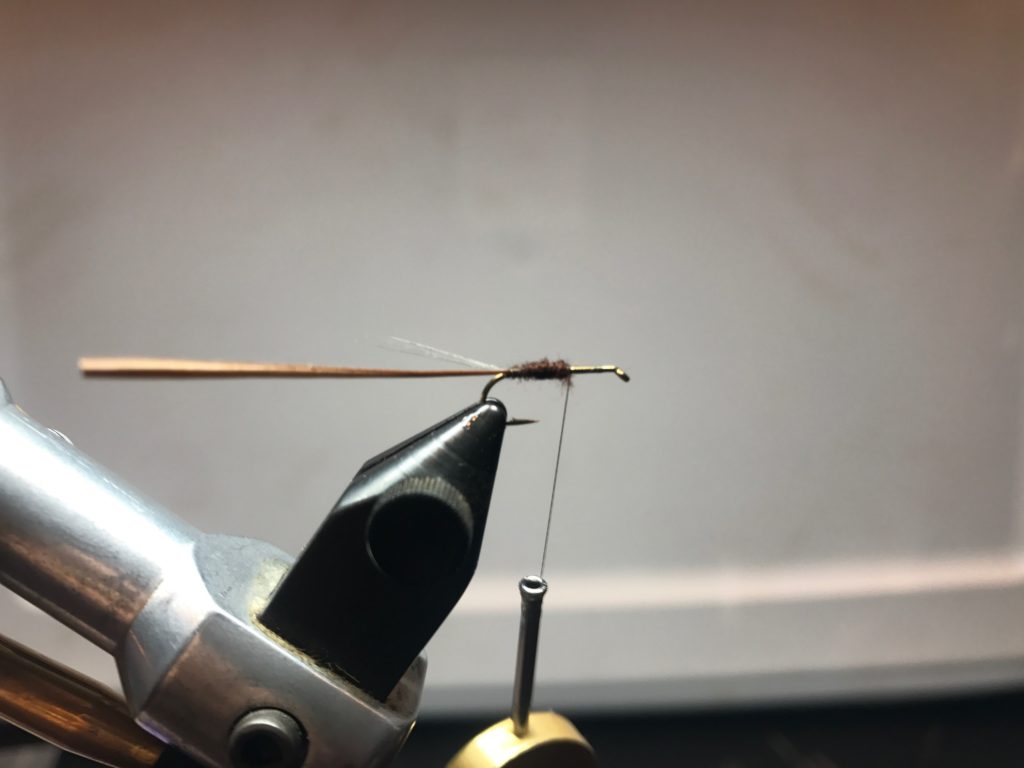 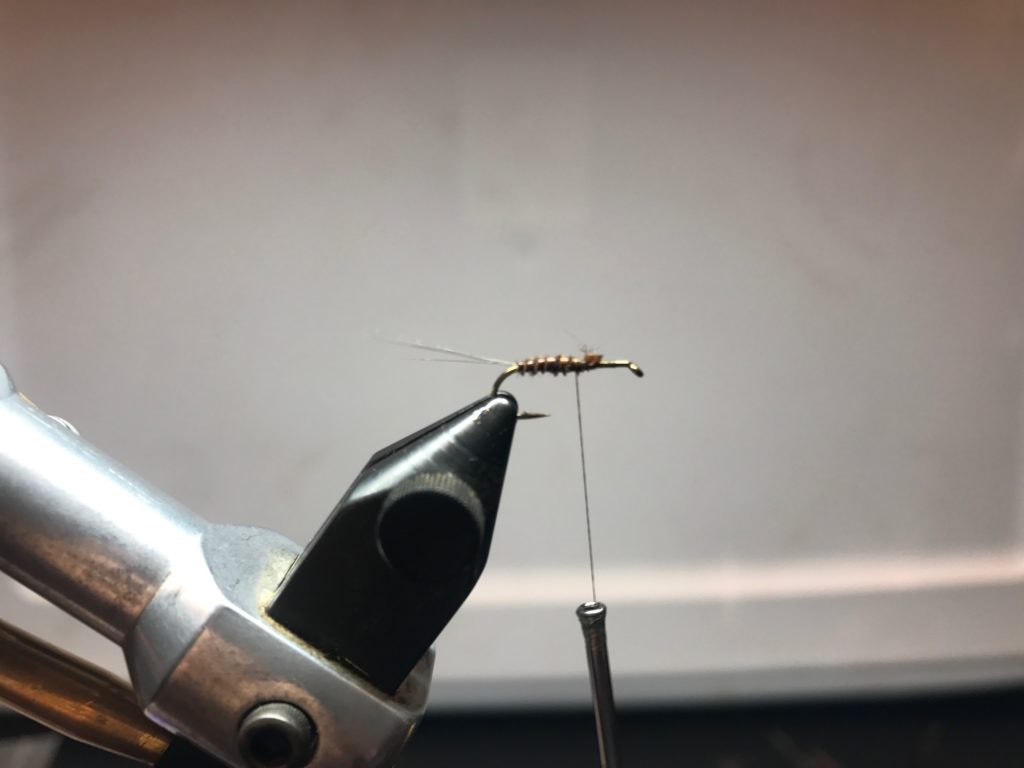 Steps 6 & 7: Tie in the foam strip and leave it long.  Now grab a hackle piece, strip the stem, and attach it to the hook.  These steps are identical to the normal process of tying a parachute fly.  After the foam and hackle are attached, dub the thread.  This will be the underbody under the “hackle stacker” wing. 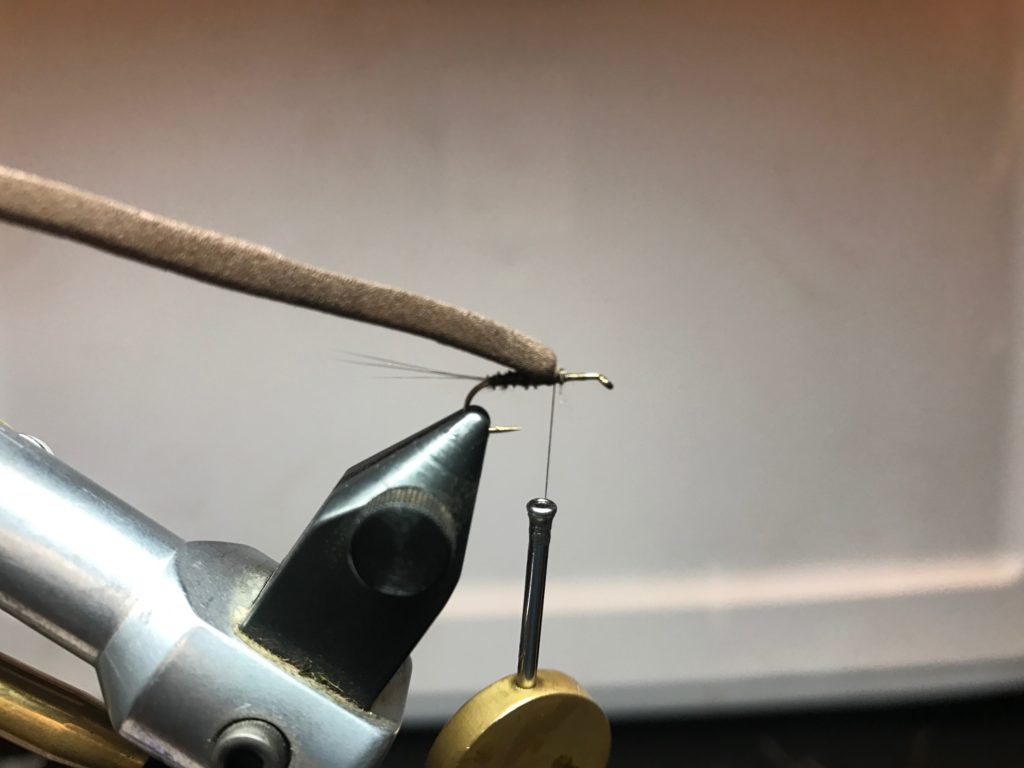 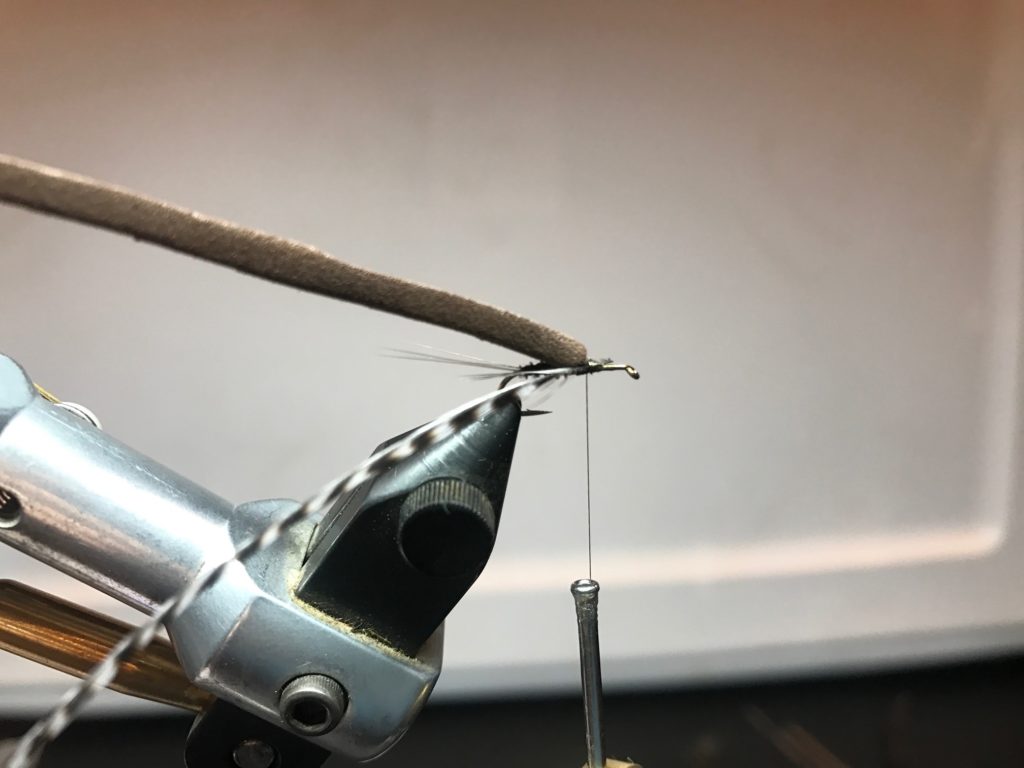 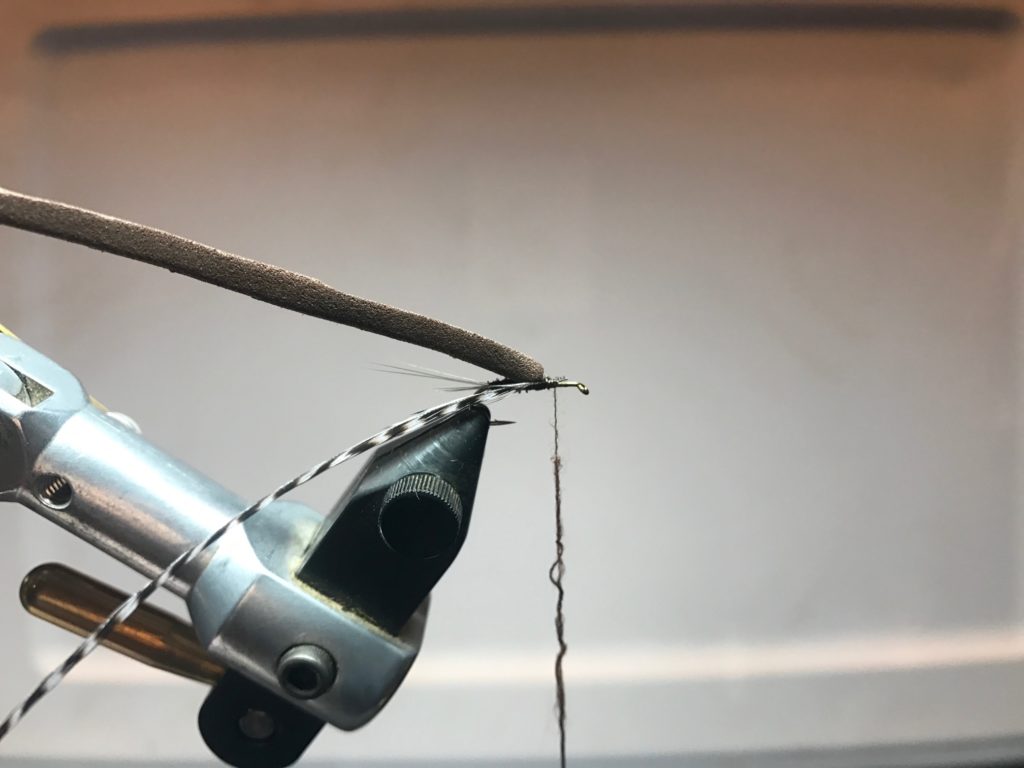 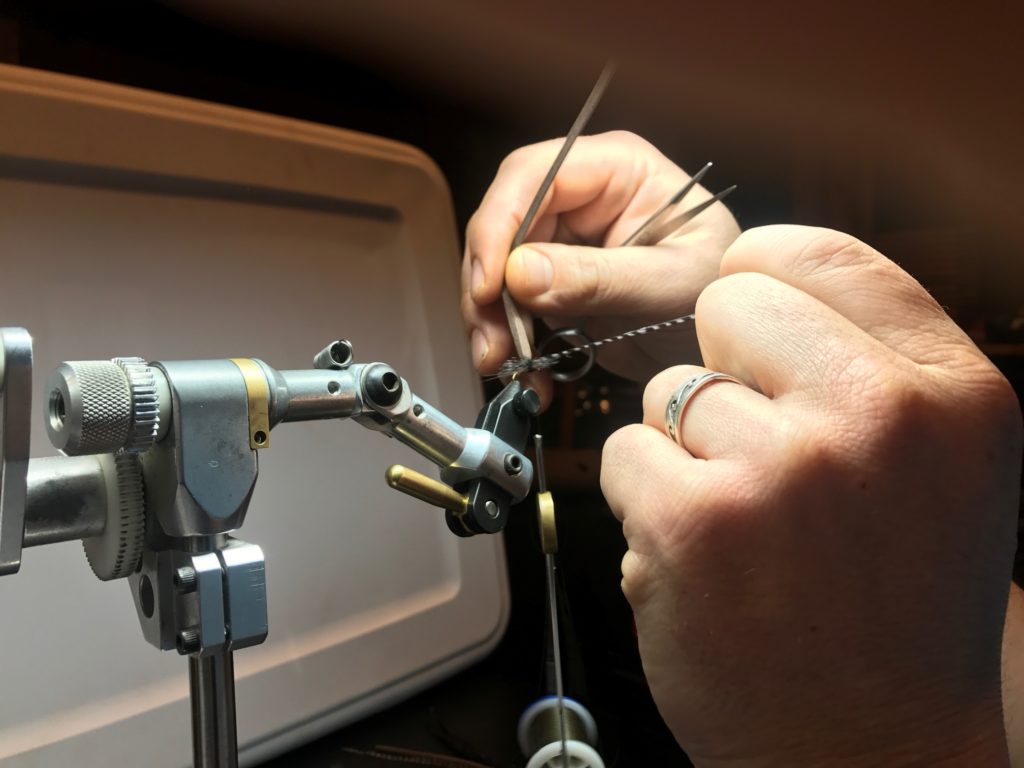 Once about half a hook-shank’s worth of post is covered in hackle, you’re going to fold the post down to the eye and tie off the post, trapping the hackle stem between the foam and the hook shank.  To make this process clearer here is a more colorful example of the hackle stacking process: 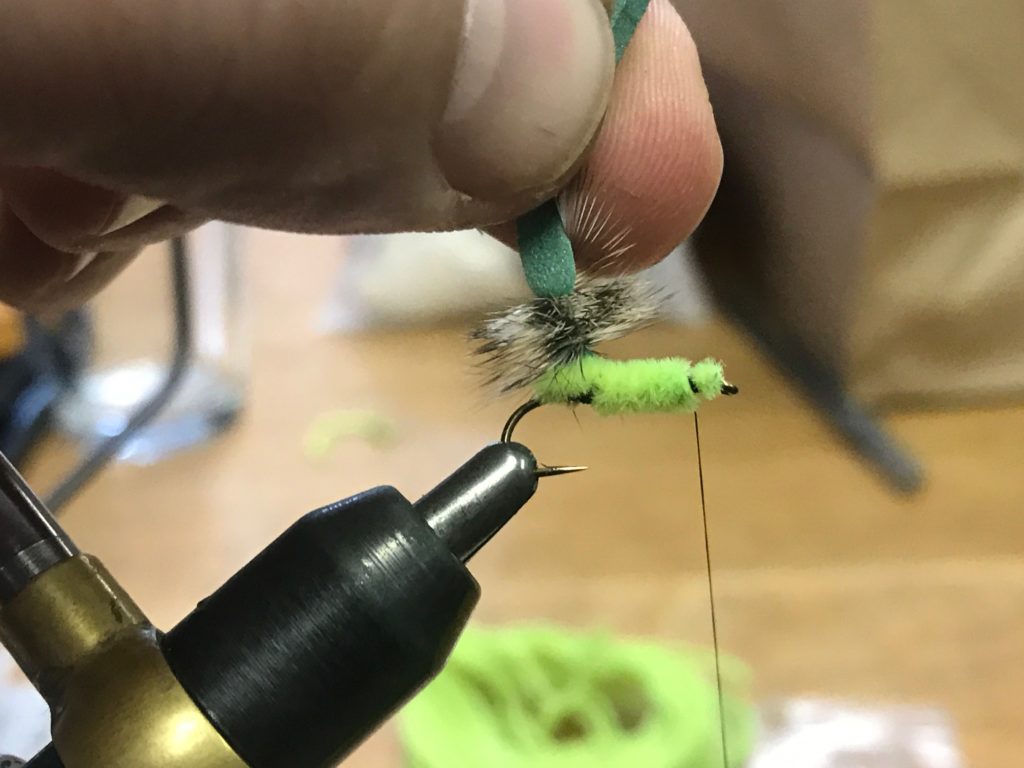 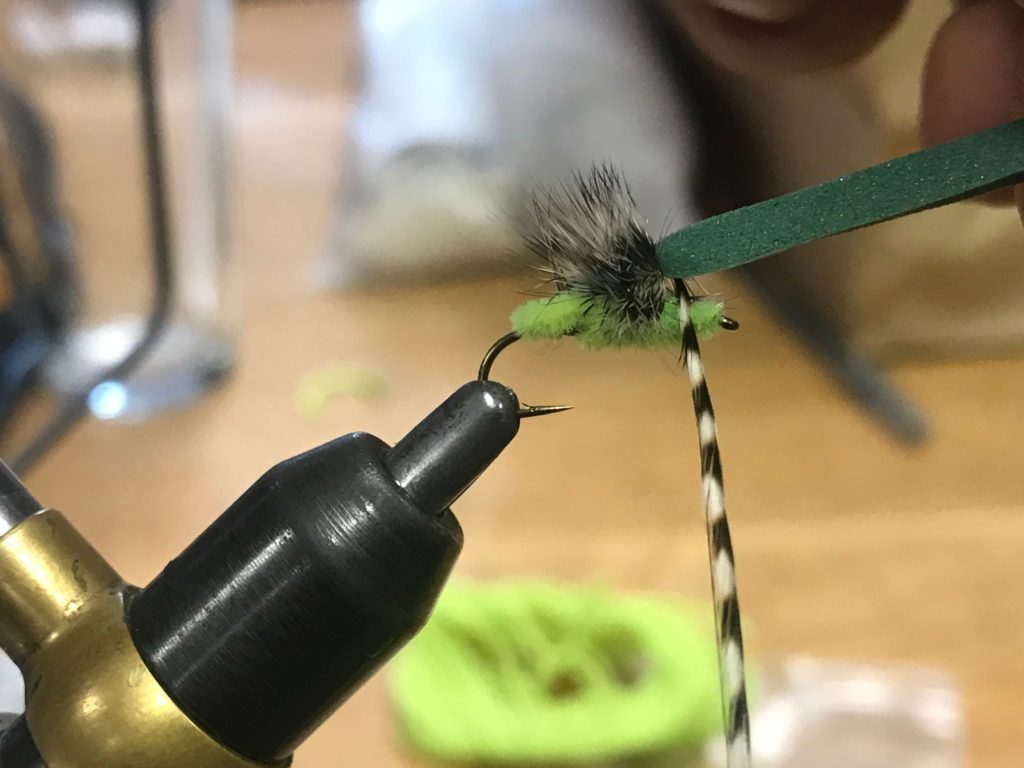 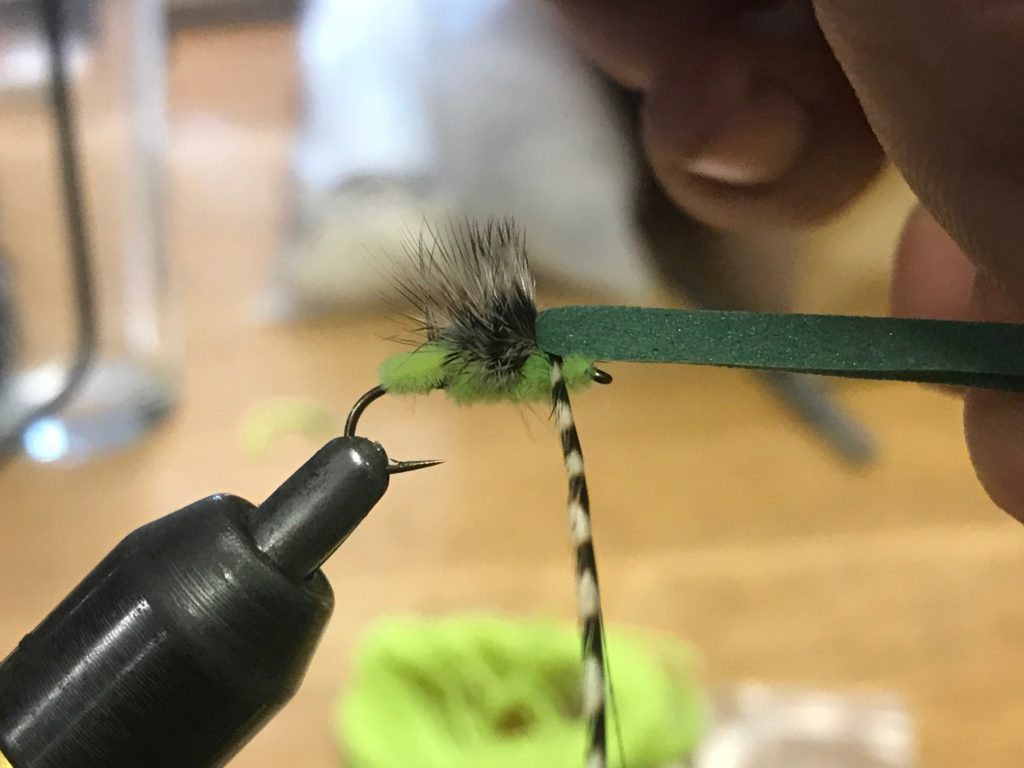 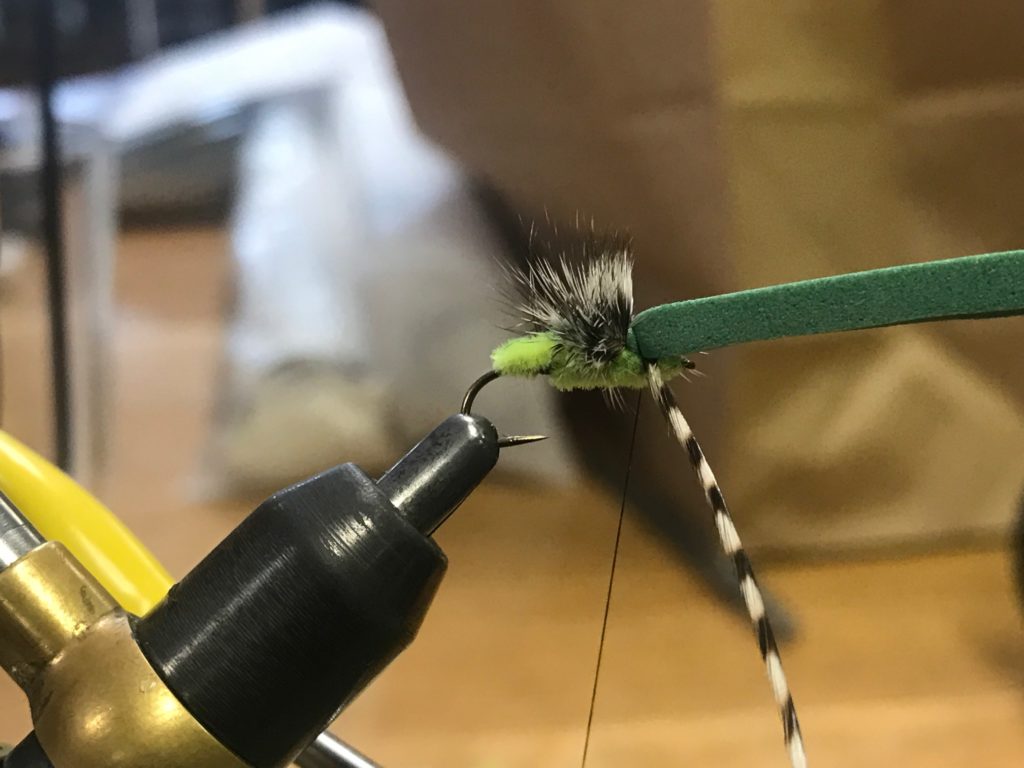 Now back to our fly.  The hackle stem should be secured at the head of the fly with a few wraps of thread, and then whip finished.  With your fingers, brush the hackle fibers up to the ceiling so the fly will land flat.  If the fibers are pointing down, clip them.  If this is a persistent problem, add more dubbing to the thorax, which will help those hackle fibers flair out accordingly. 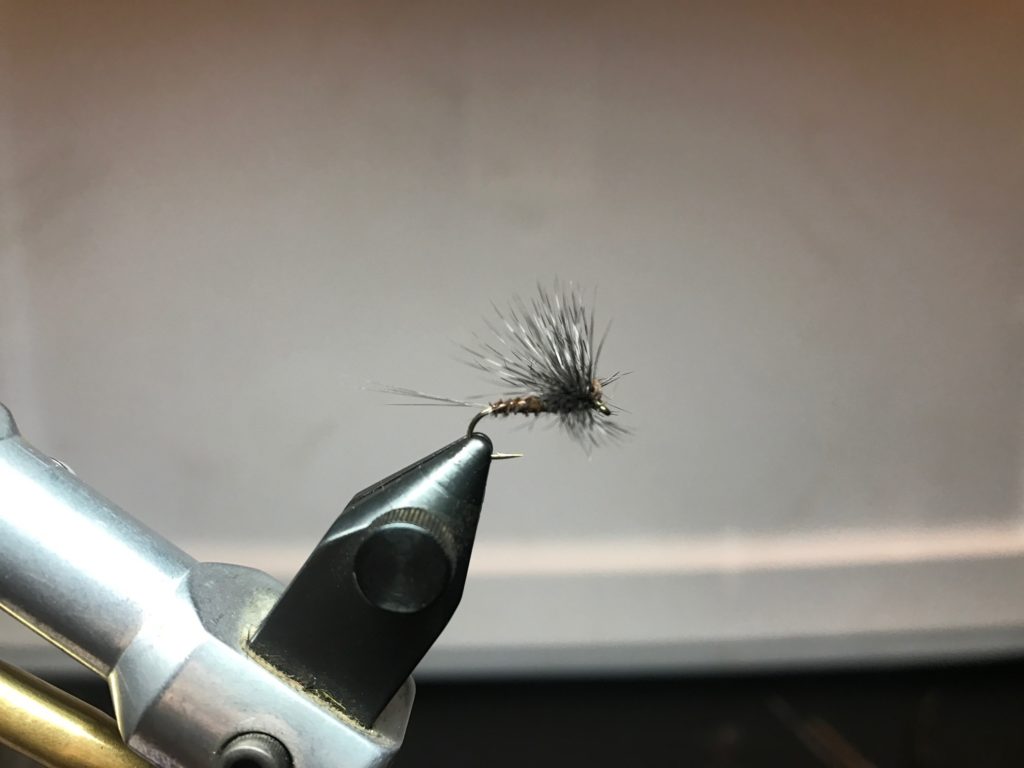