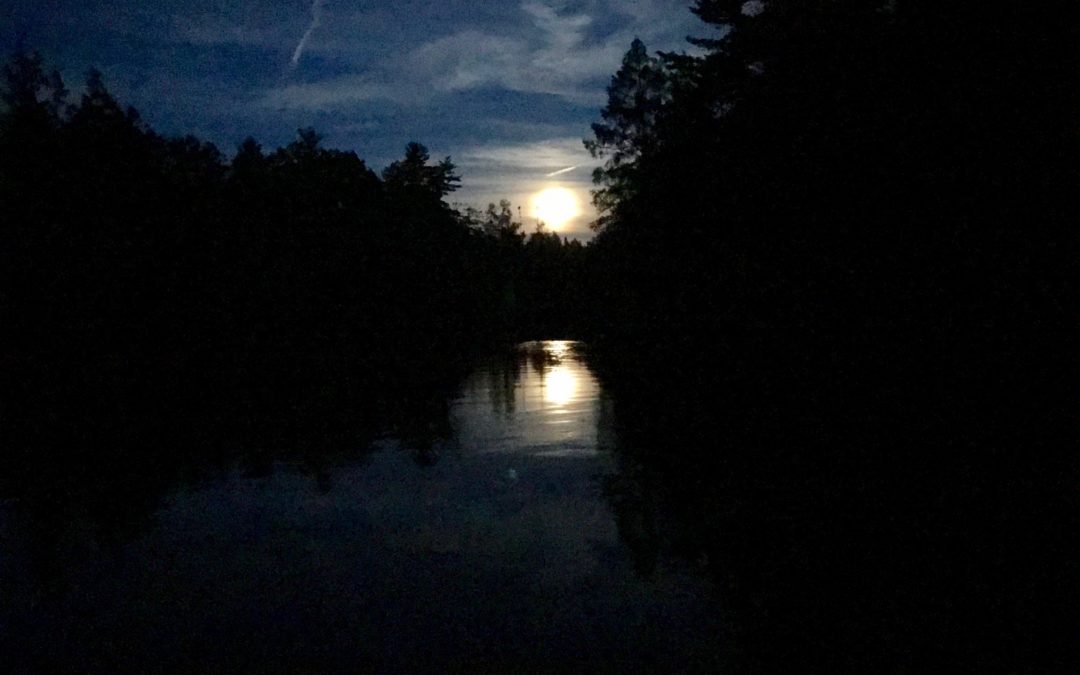 Tonight was exactly what an Au Sable night should be, and not even hex would have made it better.  The higher water levels have made solitude easier to come by for the wading angler.  Lately, I’ve been wading angler.  There is a freedom to being on foot, sneaking along some old fishing trail, scanning the glare for rings.  Tonight it was a mix of brown drake spinners and Iso duns, Iso spinners and gray drakes (or something just like them), sulphurs and stones.  I found a few trout to cast at.  The largest ate an Iso spinner right at dark on the first cast, which made up for the previous trout, which ignored not just the first cast, but the next twenty casts as well (and three flies, and one tippet change, and even a daring high water reposition.) 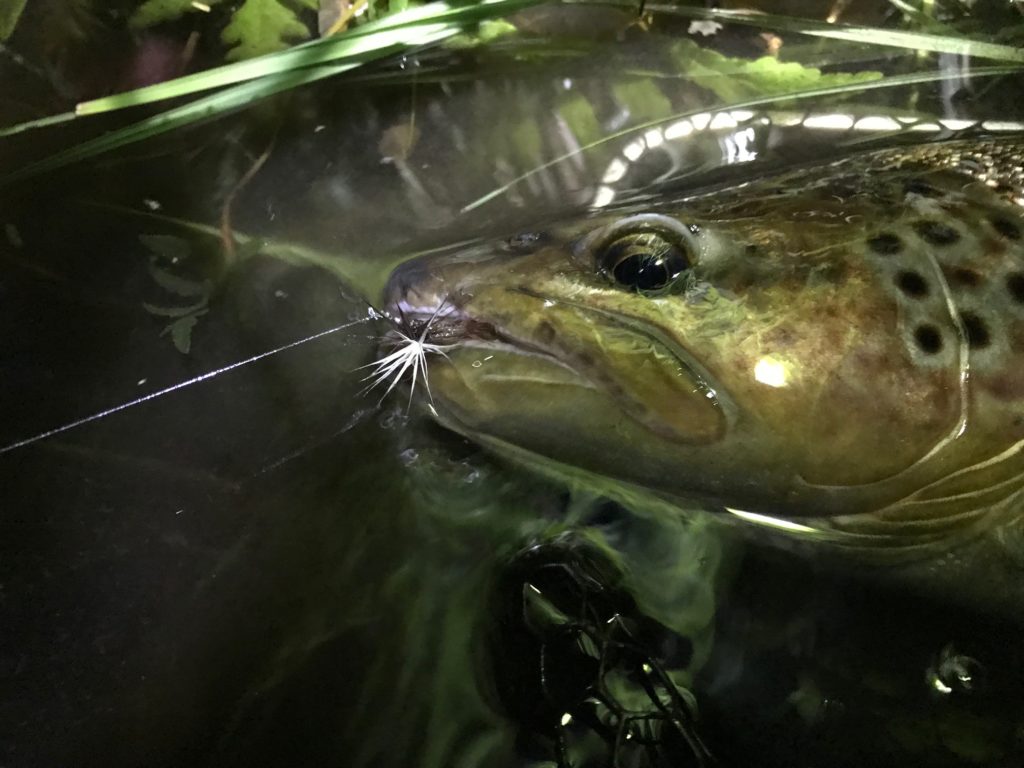 This has been one of my favorite weeks on the Au Sable.  From a guide trip which had a trout run us right to the backing knot, to a North Branch bonanza with my eight year old, to four hours of drake duns with my buddy Tanker, and one great Iso fish that I lost to an unseen tree, it has been equal parts magical and frustrating.  Or maybe the frustrating makes the magic.  I don’t know.  Others have found the same.  A quick streamer spin turns in two good fish…or the story of a fish in the high twenty-inch range, lost just before the net.  Straightened hooks, broken tippet, all night hatches of drakes.  Conversely, sparse nights, nights that seemed dead that shouldn’t have been. 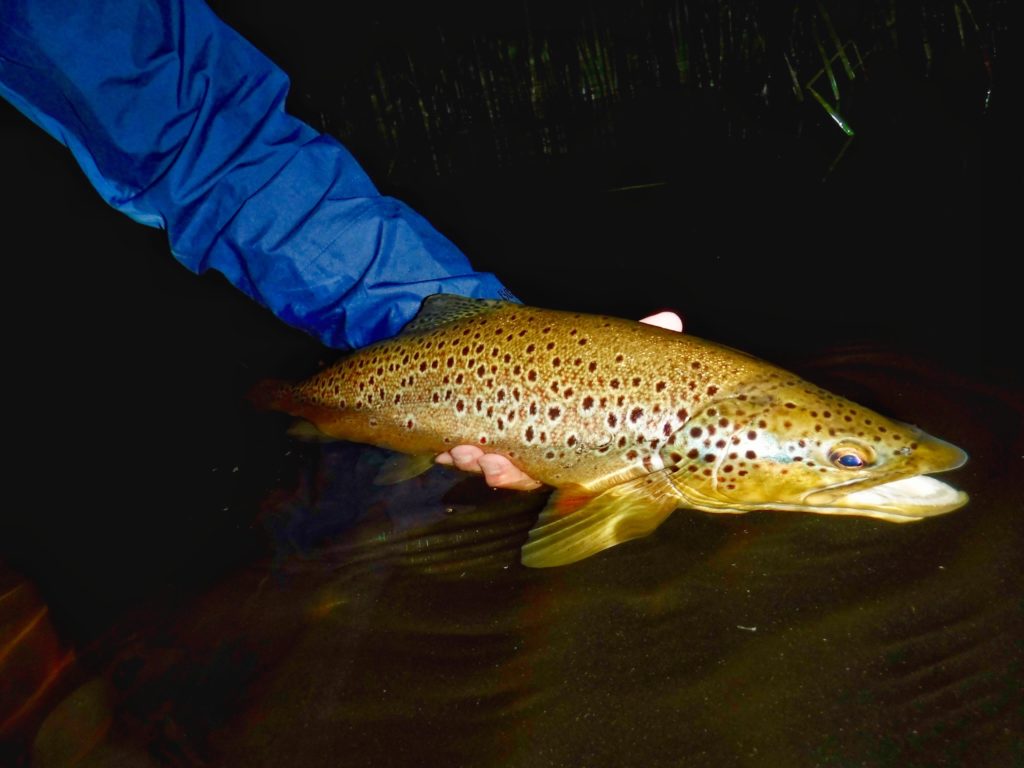 Keith and Hoov doing what they do: tracking down a late night trout

The South Branch is falling slowly but it is approachable.  Expect a few good drake spinnerfalls, Isonychia, yellow stones, and sulphurs.  The North Branch is in great shape and the night I was there it fished exceptionally well: sulphurs carried the evening up in the skinny.  The Holy Water stretch is dropping and clearing and the fish have been rising pretty well on the cloudy days, or in the morning and evening.    This weekend will be peak brown drakes on the Holy Waters.  I had my best Holy Water evening in 2019 on Sunday.  The Manistee has brown drakes and will be flowing nice and clear by the weekend.  The lower Au Sable has been crowded but is fishing well: Isos in early evening, and drakes at dusk. 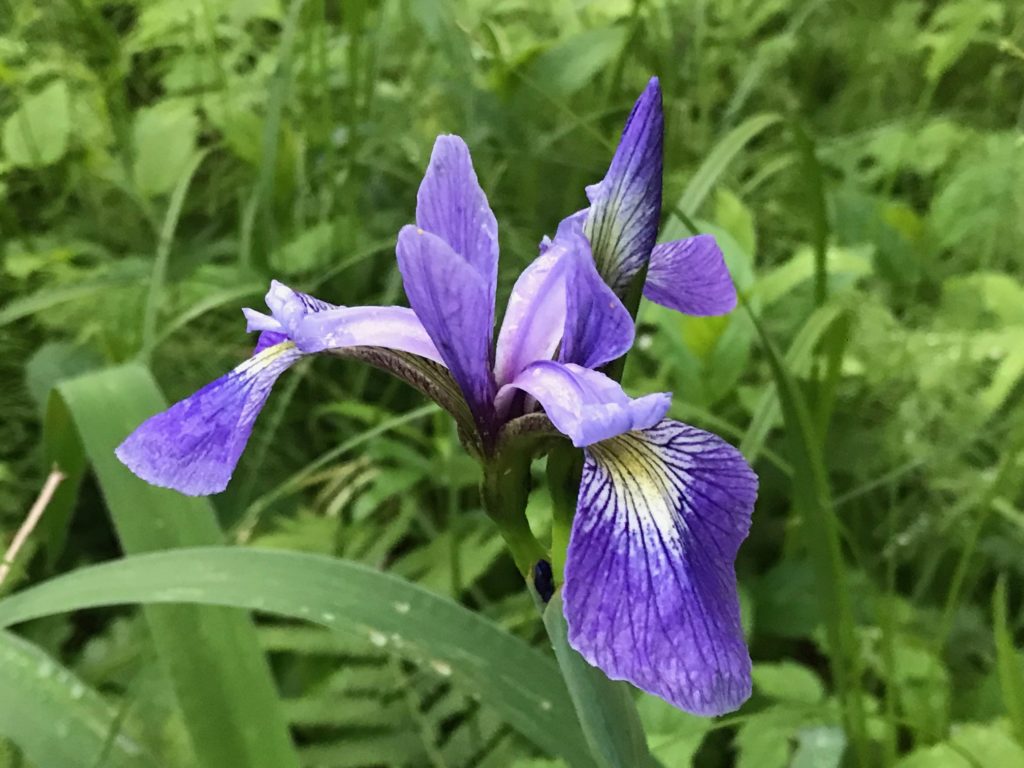 This is almost always a hex weekend…but this year?  This year, I think not.  This year it’ll be an Isonychia/drake/stonefly/sulphur weekend, and that’s okay.  Far better to have a cold river with healthy flows, as opposed to the oppressive heat and shortened season of 2018.  Still, if you’re planning your fishing calendar and thinking of squeezing in one last hex/Iso trip, those first two weeks of July are looking pretty darn good.  Next week should kick off the big bugs at some point.  No predictions here, but I know where I’ll be sitting, and what day I’ll be sitting there.

We’re still barbecuing this weekend, but we’re going to make it into tacos, because it just feels more taco-y and Iso-y.  If the weather is nice we’ll put a bunch of stuff outside and on sale, including a whole rack of used rods and reels taken on trade, waders and boots, clothes, and more.   Stop in the shop, cast some rods, kick some tires, and prep for what should be some great evenings of fishing.

These next two weeks will be the busiest two weeks of the year on the Au Sable.   The folks we use for car spots are unable to meet demand and I encourage boat anglers to consider bringing two vehicles and running their own spots if at all possible.  We are trying our best to supplement and run spots through the shop but it is unlikely that even then we’ll be able to keep up.  On the water, I encourage boat anglers to use red lights to mark your position at dusk, communicate clearly, and stay chill.   Everyone makes mistakes and deserves the benefit of the doubt.