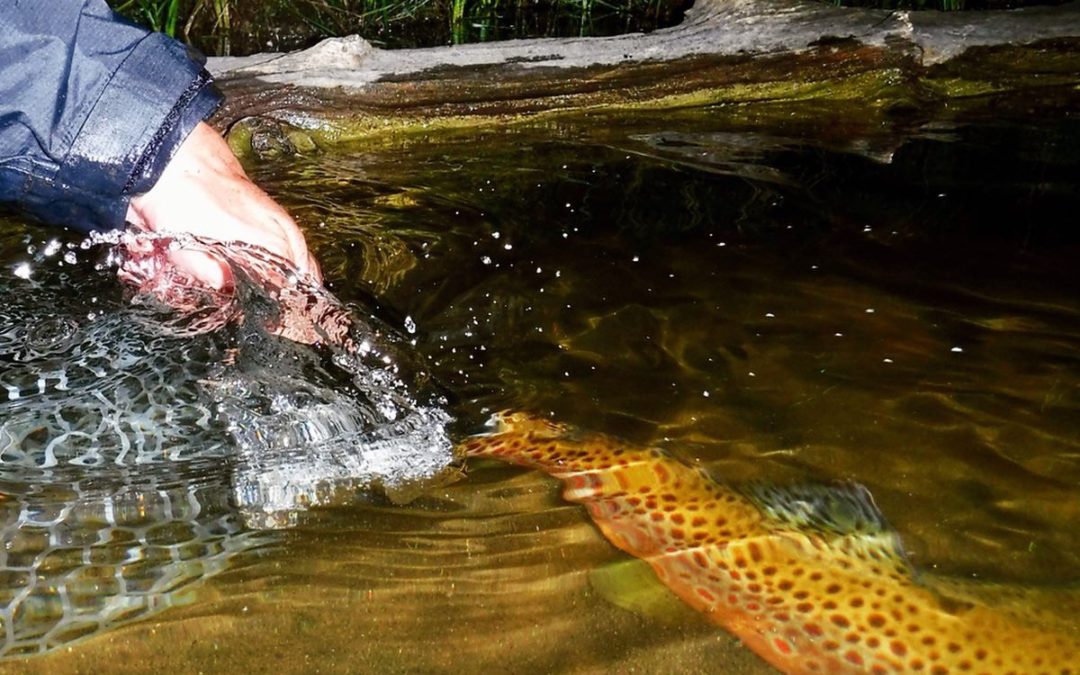 Many a vacation has come and gone without a hex fly being cast.  It’s June 26, and all I can report is the hex are trickling in and around the Au Sable system but haven’t erupted in a meaningful way.  Tonight I had a light spinnerfall and a few good rising fish and a few hatchers and finally I bailed at around midnight so I could write this report…for all I know it’s happening right now.  The brown drakes have been hatching and spinning on the cold water sections of the Au Sable as well as throughout the upper Manistee.  The Isonychia and assorted other mayflies are providing some good early evening fishing.  2019 has been a better fishing year than a waiting year.  It has brought high water, cold water temperatures, and the latest spring any of us can remember. But it has also provided great streamer days, great daytime dry fly days, and some new opportunities for anglers otherwise used to the same old fishing calendar.  We are a solid ten days behind schedule, and that has broken more than a few angling hearts who have cashed in their vacation days already and wanted hex.  But there have been perks to this weird weather. 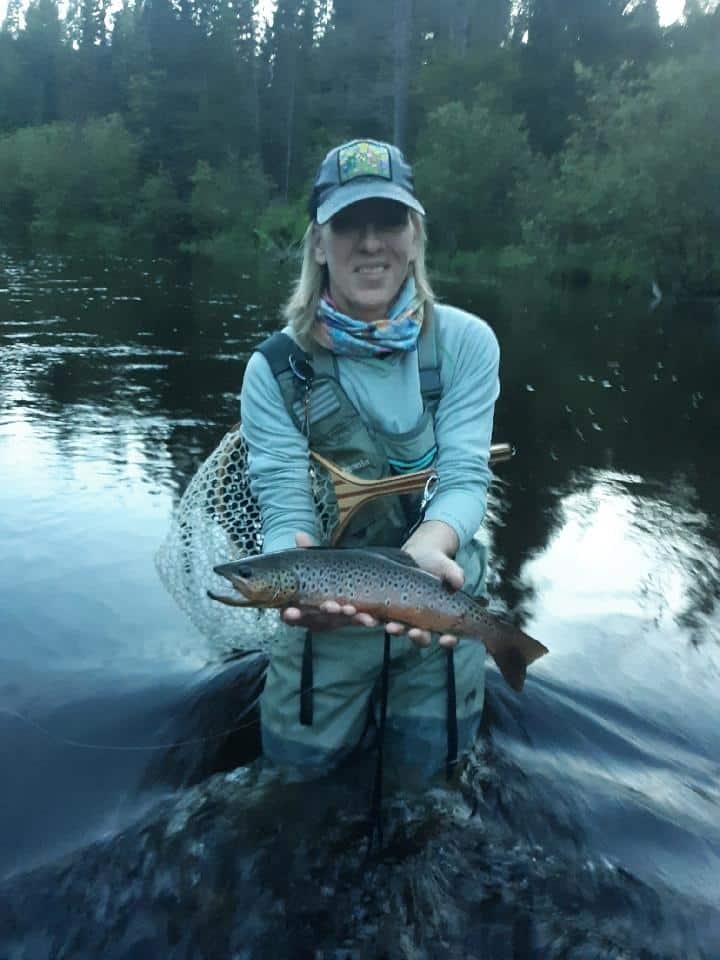 Greg and Keith have been chasing these hex forever and they are good at it.  This year: chasing drakes, streamer fishing, exploring new water, and otherwise making the most of it.  The biggest trout Keith has hooked in all these years was hooked last night on some new water…lost right at the net.  But they’ve caught good fish almost every day, and even added an Au Sable pike to their bag.  The other night, Brennan caught big fish on Isonychia, streamers, and then on the few hex that hatched.  There is opportunity out there.  The same old, same old just isn’t happening this year.  New strategies, locations, game plans, flies… 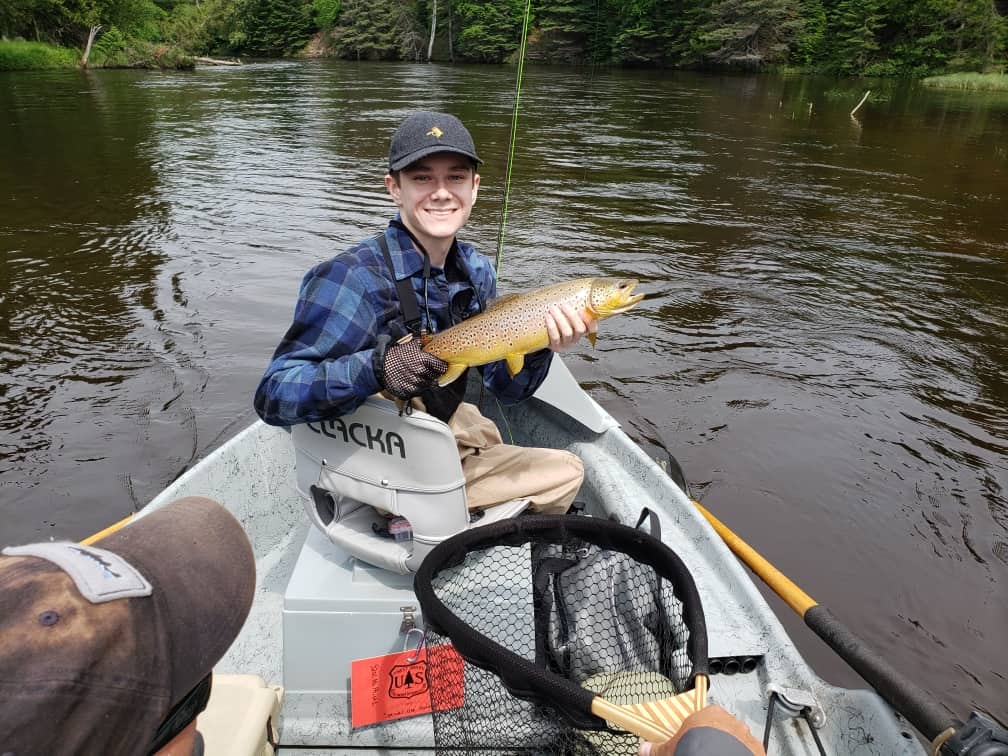 Given the heatwave forecast I think hex will explode throughout the rest of this week and into the weekend.  The first big hatches could be tomorrow throughout the system but I’m not making any bets on when and where.  I would say they should be widespread throughout the river system by the end of the weekend or early into next week, which means that while my July 4th plans may include fireworks, these will be immediately followed by a journey to the river.  We should have good hex fishing right through the first two weeks of July and in some coldwater areas, right into August.  I have to calm down just thinking about this. 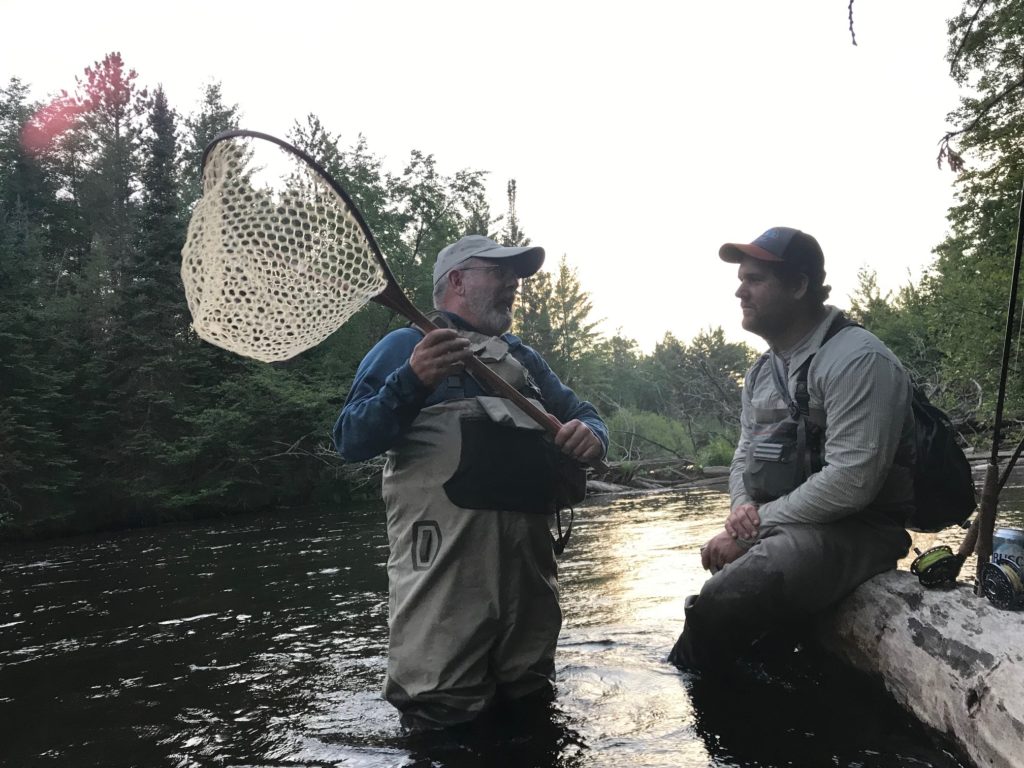 I’m ready for night fishing…there has been so little of it this year.  My best dry fly fishing has been in the evenings but rarely extending after dark.  I’m ready to have the sky fill with hex and the big fish to rise for more than ten minutes.  I’m ready for the comfort of knowing the fish will not run out of food for hours, for days, for a week or more.  I’m ready for the sound of hex eats.  The big deep headshakes in the dark.  Hex are not my favorite hatch of the year, but they are not without their own charms.  Like everything, you don’t miss them until you don’t have them.  The fishing season — of which there are many more days, with many different bugs and experiences — would be incomplete without the Giant Michigan Mayfly.