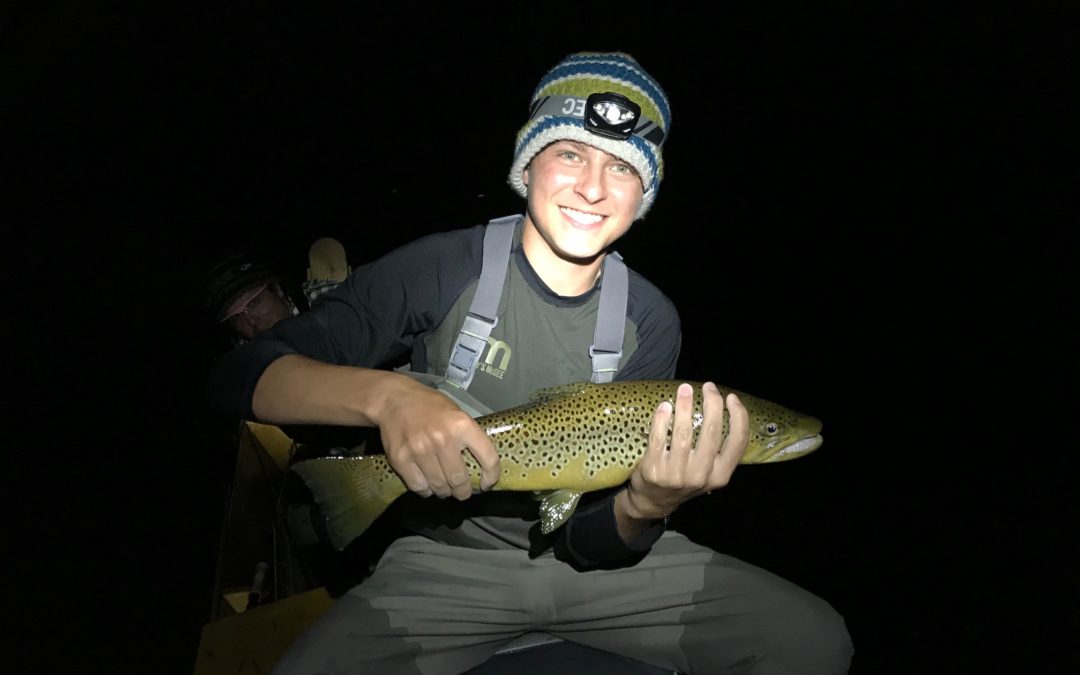 About ten days into the 2019 hex season and it’s just starting to feel like summer.  The river in front of the lodge is lower and clearer and “looks” like the Au Sable for the first time since early May.  There have been some good reports from daytime anglers especially on the cloudy days.  The summer bugs have started — the microcaddis, the #18 olives, cahills — and are mingling with the June bugs: hex, Isos, yellow stones.  There are, in the colder stretches of the Manistee, still brown drakes. Large golden stones are flying around.  Moths, damsels, deerflies.  Morning, noon, or night, the river feels alive.

If you enjoy the hex hatch, there’s more to come.  The bugs are widespread from the lower Holy Waters all the way to Mio Pond.  They are also showing up on the Manistee now as well.  The South Branch will produce a few more nights of hex fishing, but unpredictably.  This will be a great weekend for the night angler. 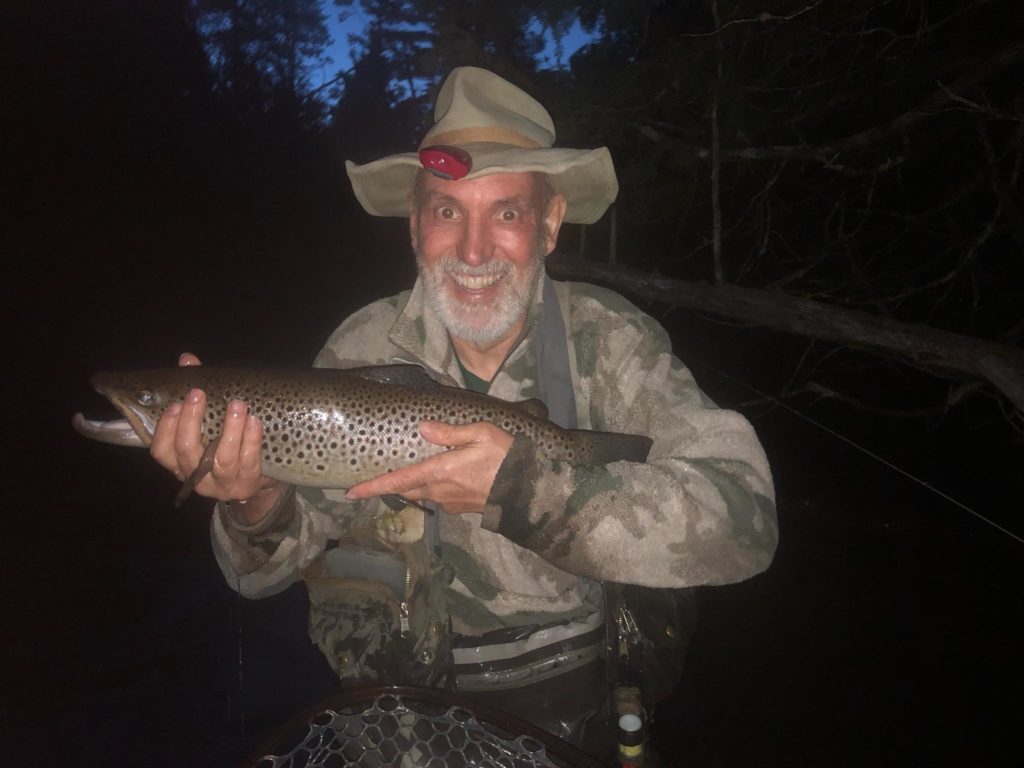 Pinner with a dandy

Andy S and I had a nice heavy spinnerfall last night in an old favorite pool.  The trout feed in there like they get paid by the rise.  They are also difficult to catch.  There are very few first cast fish in there.  There’s a strong current toward the far bank and then six-ten feet of slow water.  Every trout presents its own puzzle and I ended up trying every slack-line cast I know to catch the fish I caught.  At some point in the night Andy and I were locked in on two fish for a long time, mine upstream of his.  I tend to talk to fish, and he stays silent, but you could hear us cast, cast, cast, stop, listen, cast, cast, cast.  I’ll bet it was thirty minutes.  And then, he hooked is and I hooked mine — a double! — and if anyone floated by they’d have thought we were crushing them.  But these duels with fish are full of adjustments.  New casts, new positions, fly changes, tippet changes, and so on.  Sometimes it takes time.

So far the water temperatures in the upper river have been high but fine.  A cold night last night will keep things cool for today and into tomorrow, but be cognizant of the water temps on Saturday.  Most of the upper rivers cool down rapidly at night, and most of the fish sit near the banks where the springs dump in much cooler water.  The trout we’ve caught this week have been fat and fought hard.  We’ve yet to touch 90 degrees this summer.  This time last year this was not the case. 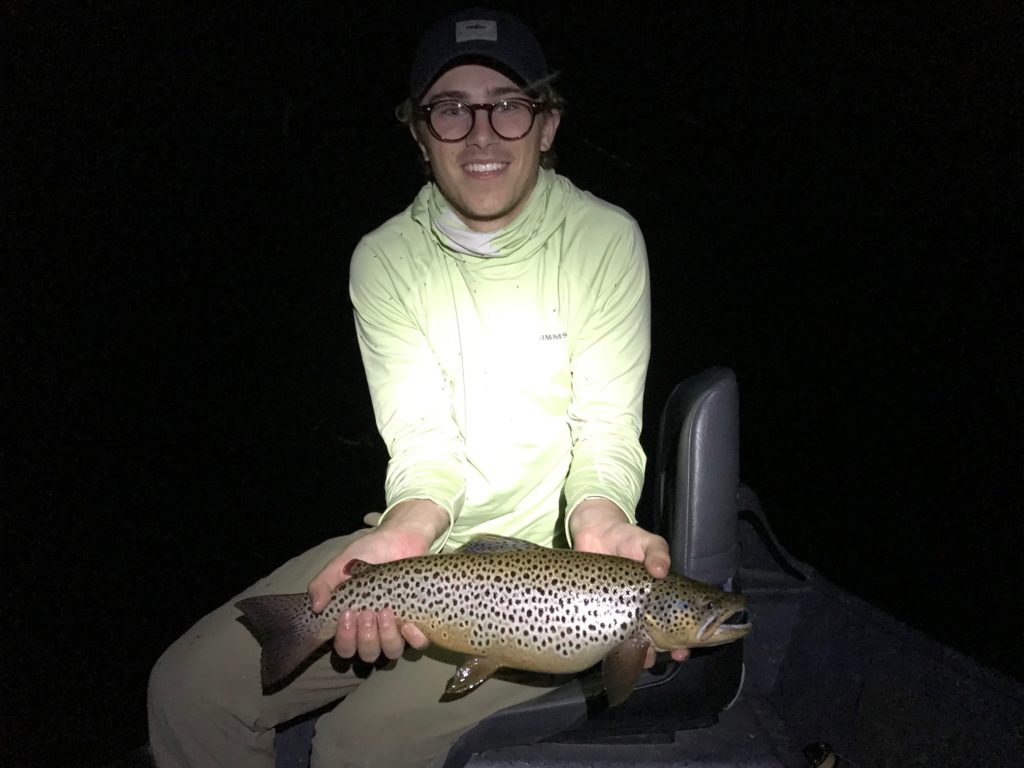 Enjoy the Fourth of July, be it at neighborhood park or on the trout stream.  Hex fishing by firework light is a tradition around here.