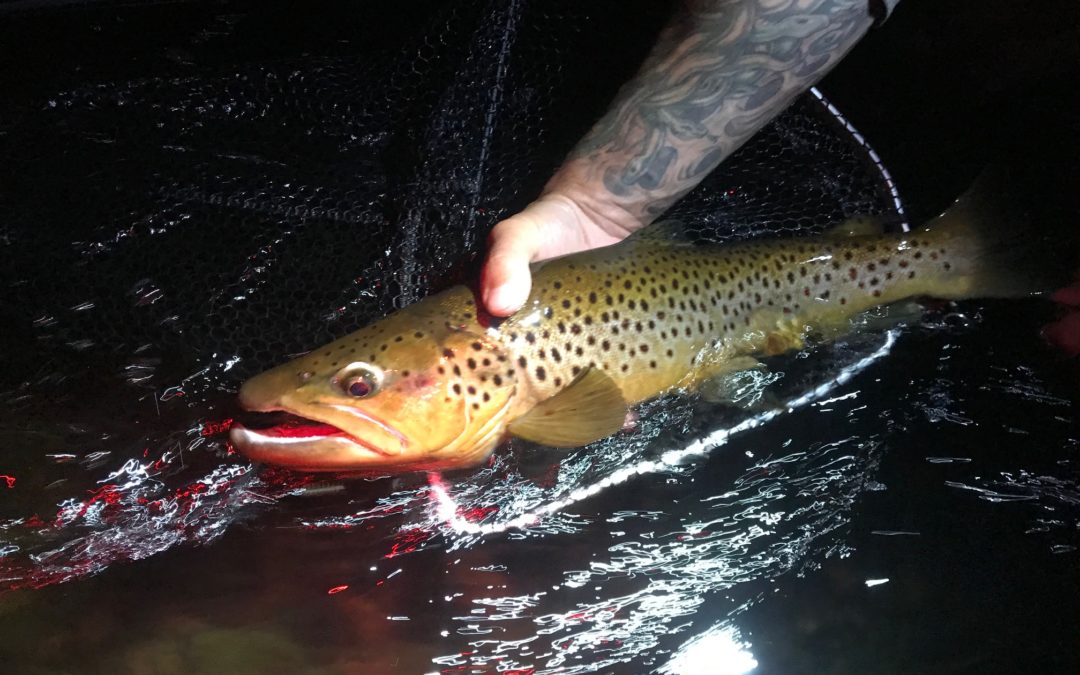 Night fishing is full of gaffs.  The other night, Denny and I thought a logjam had mysteriously disappeared — we even speculated about who or what might have moved it — only to find it in the same place it’s always been, just upstream of the glow of my red light…but for a moment, I wondered just exactly where I was.  One guy I know had an owl snatch his gurgler off the surface of the river.  That was this summer.  Two guys caught a big trout and weighed it in their new weigh-net, confused the kilograms and pounds, and vastly underreported the weight of a behemoth.  Night fishing carries an air of absurdity, and if it’s not your thing, I get it.  But I think it’s fun, disconcerting, and kind of spooky.  Most people I know — especially the ones that go out solo — do so with an internal balance scale: fear one one plate, and a big trout on the other. 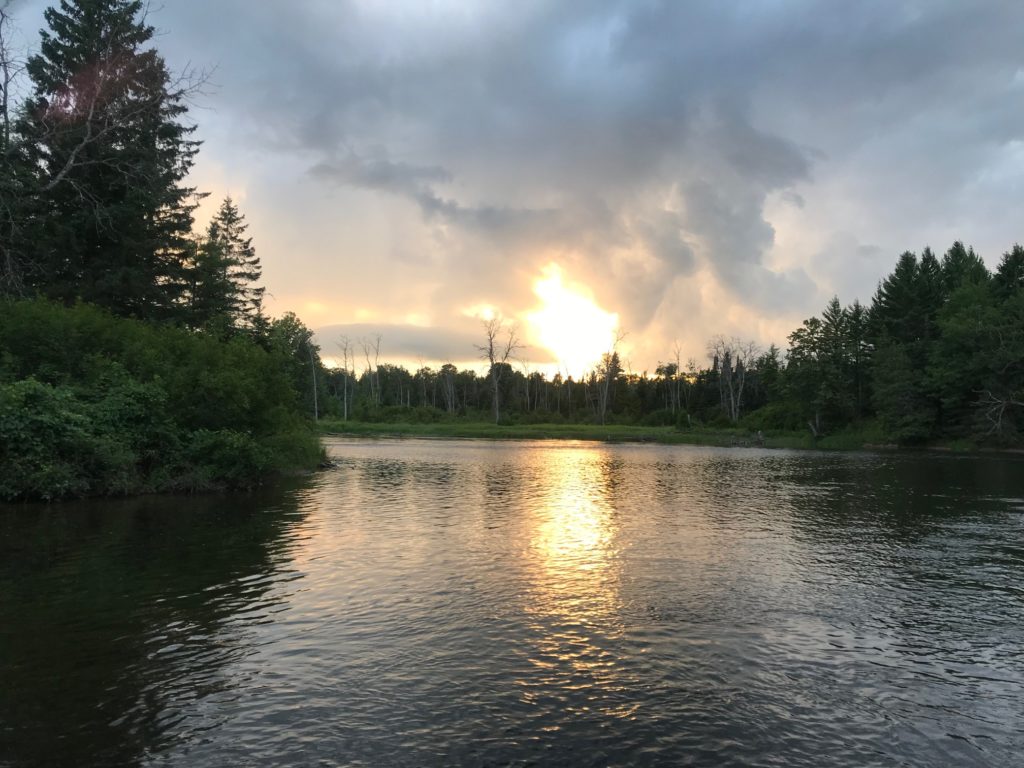 With the half-moon and the cooler nights the night fish could get a bit fickle but the daytime fishing should be great.  The tricos may suffer due to later spinnerfalls and some windier days but the #18 olives will hatch into the noon hour and leaves the trout always on the lookout for #16-#20 dries and nymphs.  I’ve done really well fishing a #16 Adams on 6x fluoro and then trailing a small beadhead 20″ behind it on 7x fluoro.  Most wading anglers fish this rig too quickly, and ignore all the little undulations and weed beds on the bottom.  Careful wading, careful drifts…

Another good technique on these cooler days is to fish small streamers up toward the sides of the river on longer 4x leaders.  You’ll move more fish than you catch, but you’ll have fun.

This past weekend we had a family reunion and I got to hang with a lot of long-lost family.  My family tree has some strange branches, so the fifteen year-old Kolton is my great second nephew or something but I recognized him as a fish-crazy teenager.  His dad is a Captain down in Florida and they fish freshwater bass, dive fish, and all sorts of exotic stuff.  Kolton grabbed a fly rod and hit the river immediately.  There’s a fish in his hand.  His first trout.  He caught more, figured it out.  I think he’ll take a fly-rod to the ocean with him when he gets back to the salt. 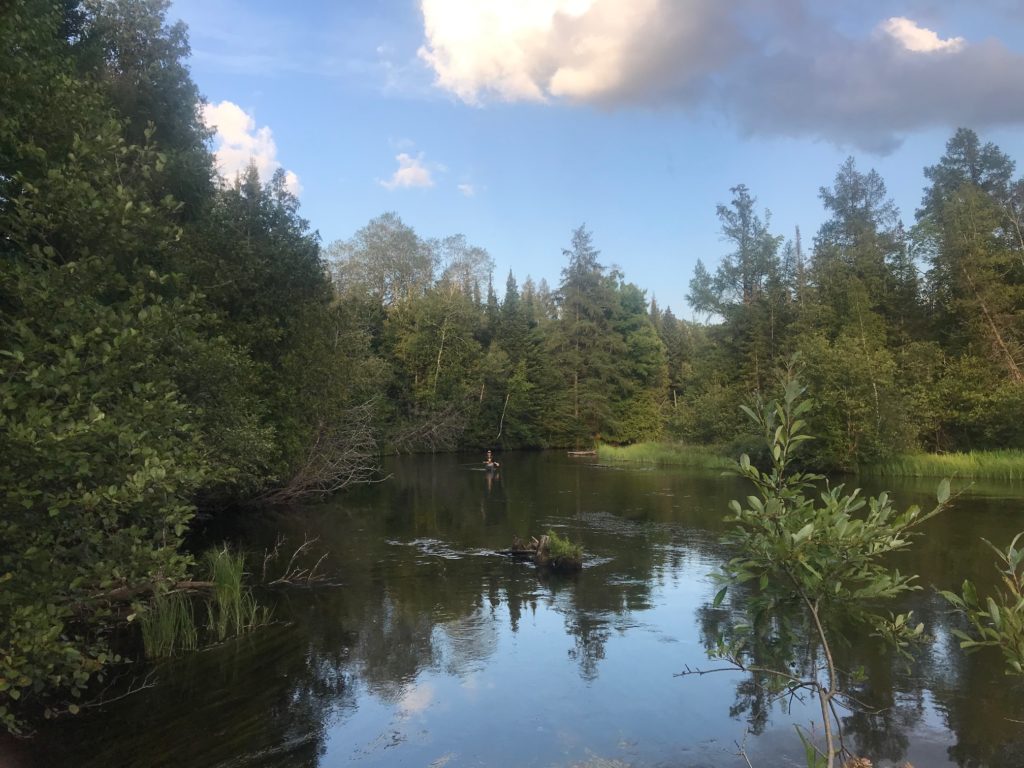 The Midnight Derby is full but there are still a few spots left in the Kids One Fly (Box) Challenge this Saturday.  Give the shop a call to register.