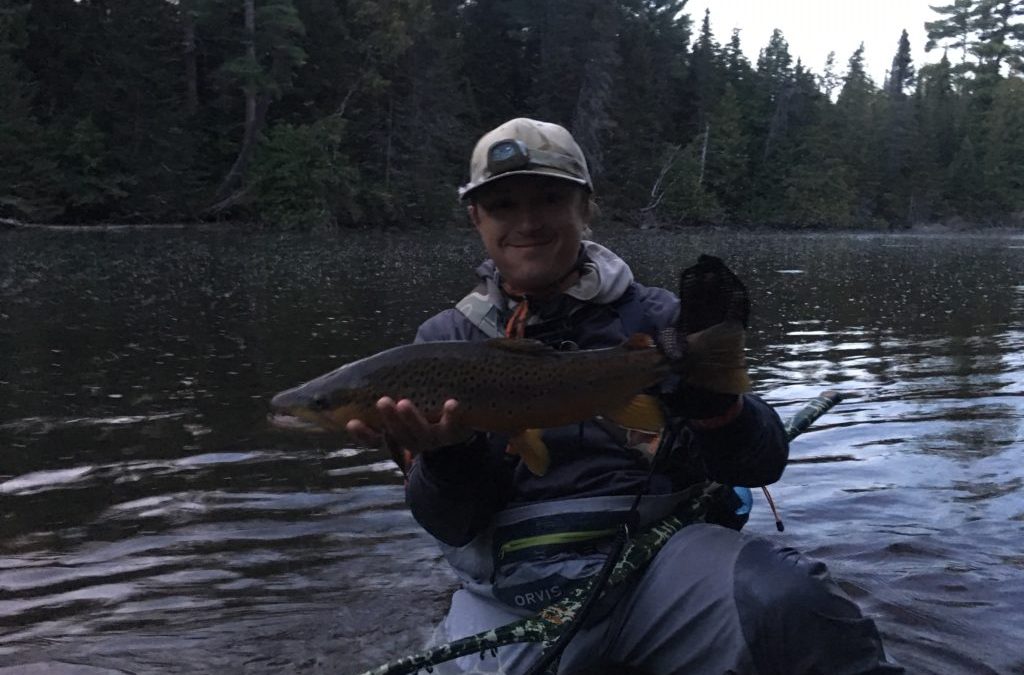 Call for Cleanup!  We’re three weeks out from the Annual River Cleanup and we need help — your help.  For those of you new to the operation, we break the river into beats, assign teams of 2-5 people to the beats, and clean the river from top to bottom.  Once the trash is hauled back to the recycling team here at the lodge, there is a great lunch.  But the lunch, and any partying, is secondary.  What matters is that we get this river cleaned.  A high water spring means junk.  And even one sparsely attended year means twice as much garbage as next year.  The only reason the river looks pristine is because of two decades worth of annual cleaning.  This year, we need your help.  To join the effort on the upper Au Sable, please email me at [email protected]  The details: Saturday, September 7th, 9:45 am.  Bring waders and outdoor “stuff”.  Please RSVP ASAP to help us make sure we cover the river efficiently.  To help with the river below Mio: [email protected]

Not a chill to the weather but a nip to the air.  The white flies are hatching below Mio, the evening olives are subsiding on the upper river, the trout are rising thru the afternoon (but picky…so picky), and the river slides like grass between the fading ferns.  It’s not fall.  But it’s not summer.  And yes, this season tends to go on for some time.

I’ve been out only three times this week, which — unless it’s bird season — is at like winter levels for me.  The first night was chasing the white flies with Katy and the kids.  Because after Jordan showed me this, how could we resist? 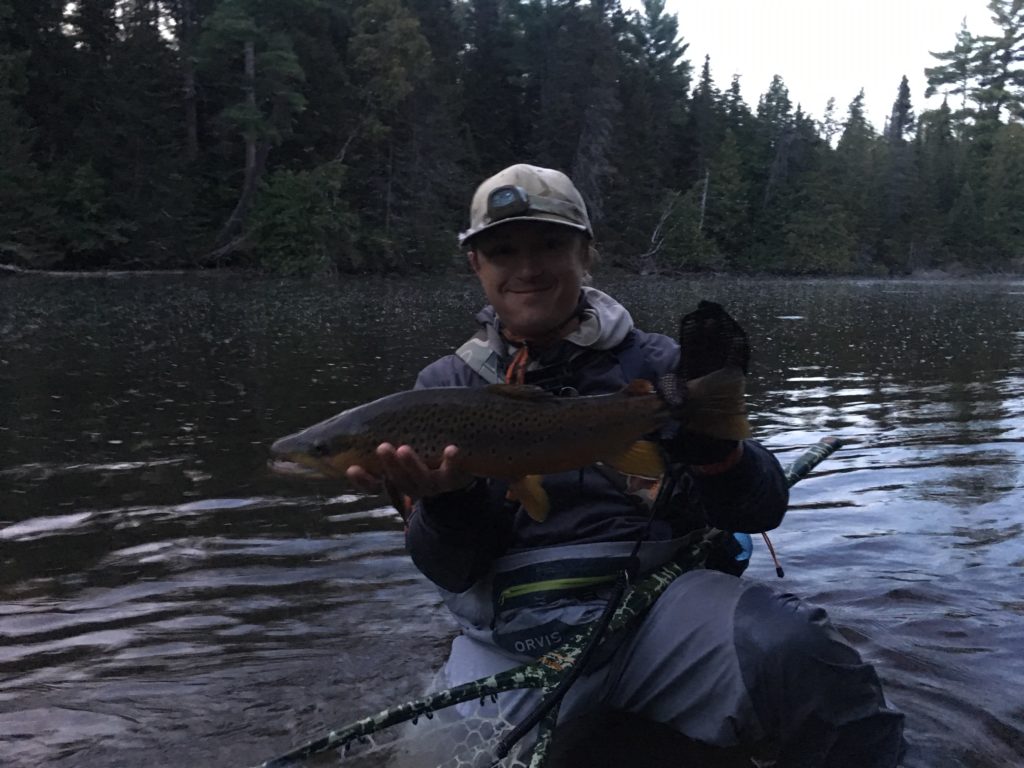 I learned a few things about fishing in the dark in Mio…with children.   One — if you have two kids, you have to carry both of them because you can’t leave a six year-old in waders alone in a big dark river.  Two — the combined weight of my kids is like 110 lbs plus waders and life vests.  Three — if a big trout rises across the river you have to carry both kids at the same time across the river.  Four — if the eight-year old somehow hooks the big trout while you’re helping the six year-old, you have to grab the six year-old and carry him over to the eight year-old.  Five — if the fish goes into the backing and runs around the next bend, you have to carry both the kids back across the river while the eight year-old is reeling and saying, repeatedly, I’ve got him.  Six — It’s hard to take a picture in the dark.  None of that should have gone right.  And if it happened a hundred more times it probably wouldn’t.  But this time it did. 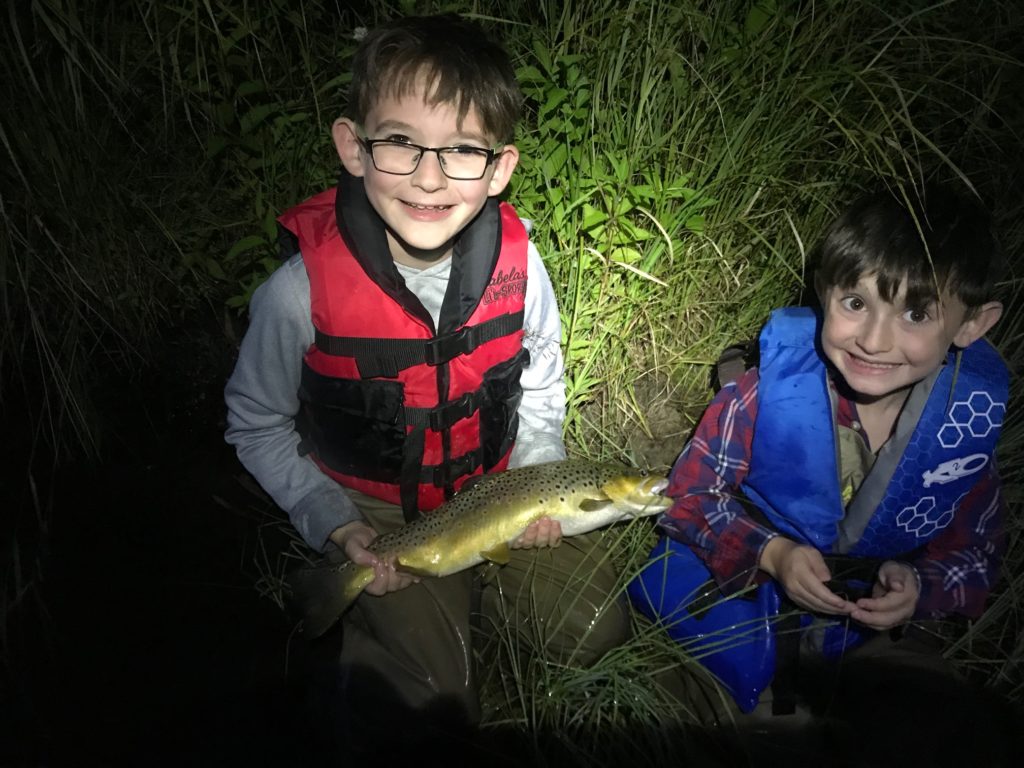 Water temps, air temps, dark nights: all perfect.  We’ve had blanket spinnerfalls of tricos and good afternoon hatches of olives.  Betwixt, some fine nymphing in the pools and pockets.  Also — some cold, windy, crappy days when it was just hard to find a trout.  This afternoon my dad and caught a half-dozen trout in an hour of nymphing the Holy Waters.  It was fun, peaceful, technical action.  It wasn’t easy, and the trout weren’t big, but I don’t go out during a sunny day in late August thinking I’m going to find a jumbo.  I wait for night for that. 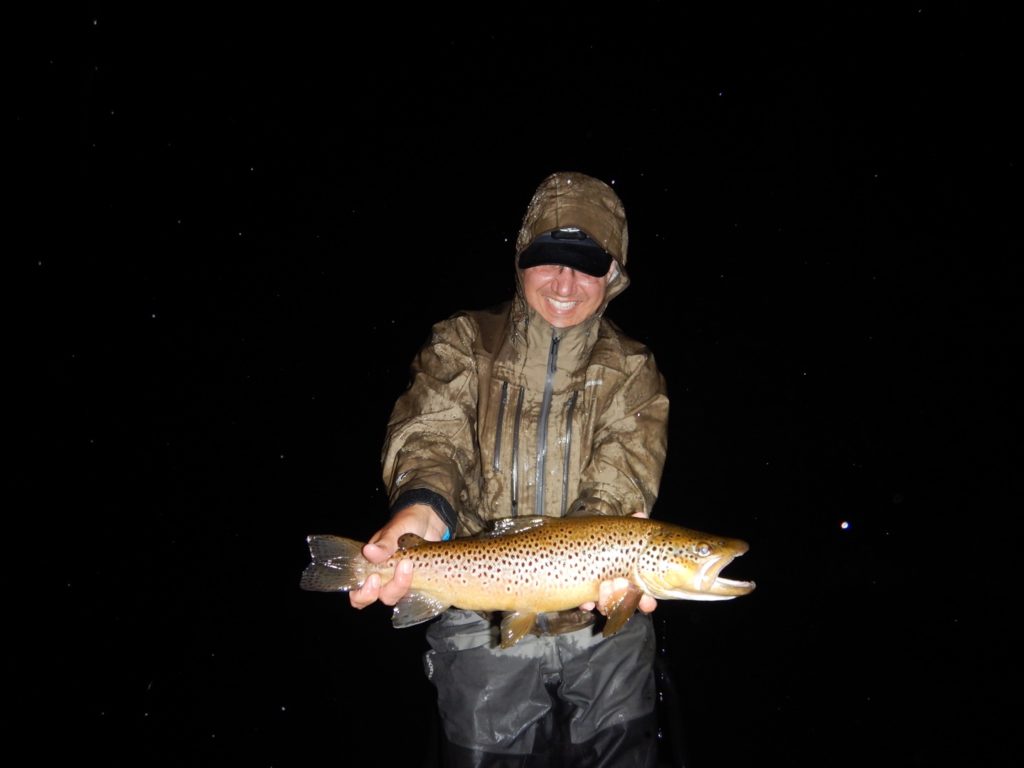 The other night Carl and I did our annual night float.  We fished through two perfect hours with only two blow-ups, and then endured a half hour of pouring rain and wind while anchored midriver.  When the rain quit he flipped his fly to the side of the boat and kerbloosh!  This nice trout.  Three more followed in an hour…and then it was over.

The river is about to get a lot less crowded as school starts back up.  The flying ants will be around this month.  The fish have and will continue to chase small streamers.  The brook trout will start glowing.  The browns will turn orange.  We’ll clean the river next weekend and that is its own reward.  There’s so much to do in the fall, and you’ll almost always be able to do it in solitude.

Peel-and-Eat Shrimp Boil, September 6, 6 pm: Due to a shortage in good clams, we’re gonna do shrimp…lots of shrimp.  Starting at 6 p.m. sharp, we’ll be lighting the fire and serving shrimp outside, along with several other entrees, and a full array of sides.  What better way to celebrate the harvest season? Good eats and good times. This is an outdoor event, so dress appropriately. You must RSVP. Prices determined by market.

Boat for Sale: Beautiful wooden drift boat built by the late noted rodmaker Lou Burhart, a true friend of the Au Sable.  This boat is ready to row.  It is priced to sell but rather than put the number out there please email me: [email protected] if interested.  It is a deal. 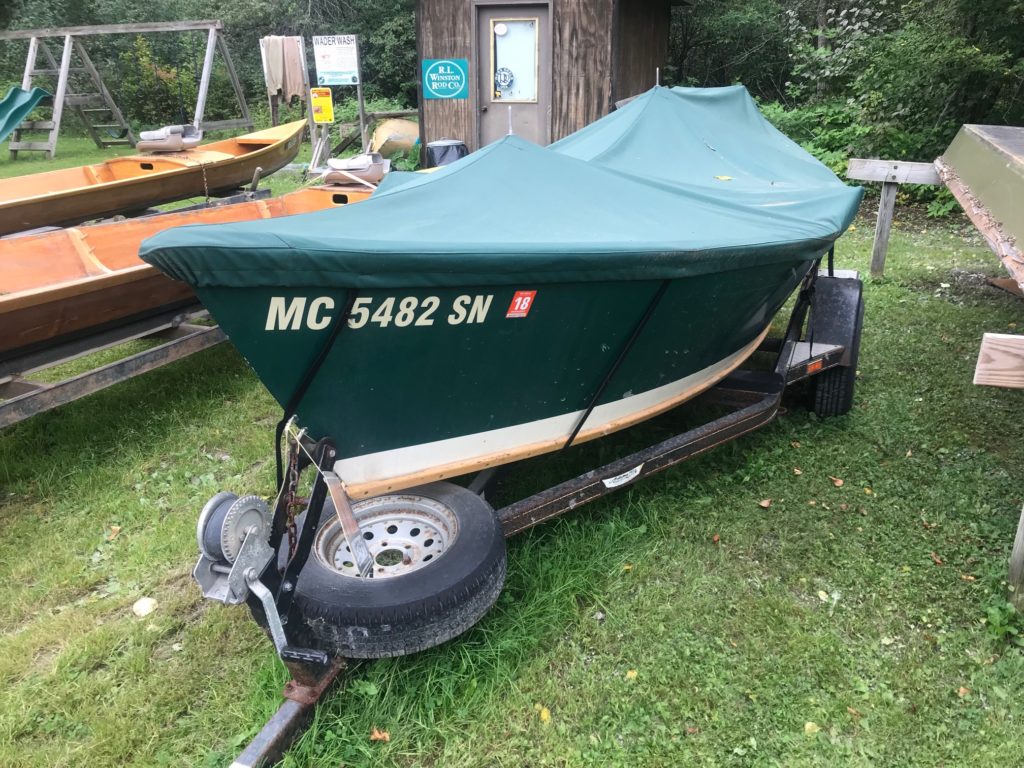