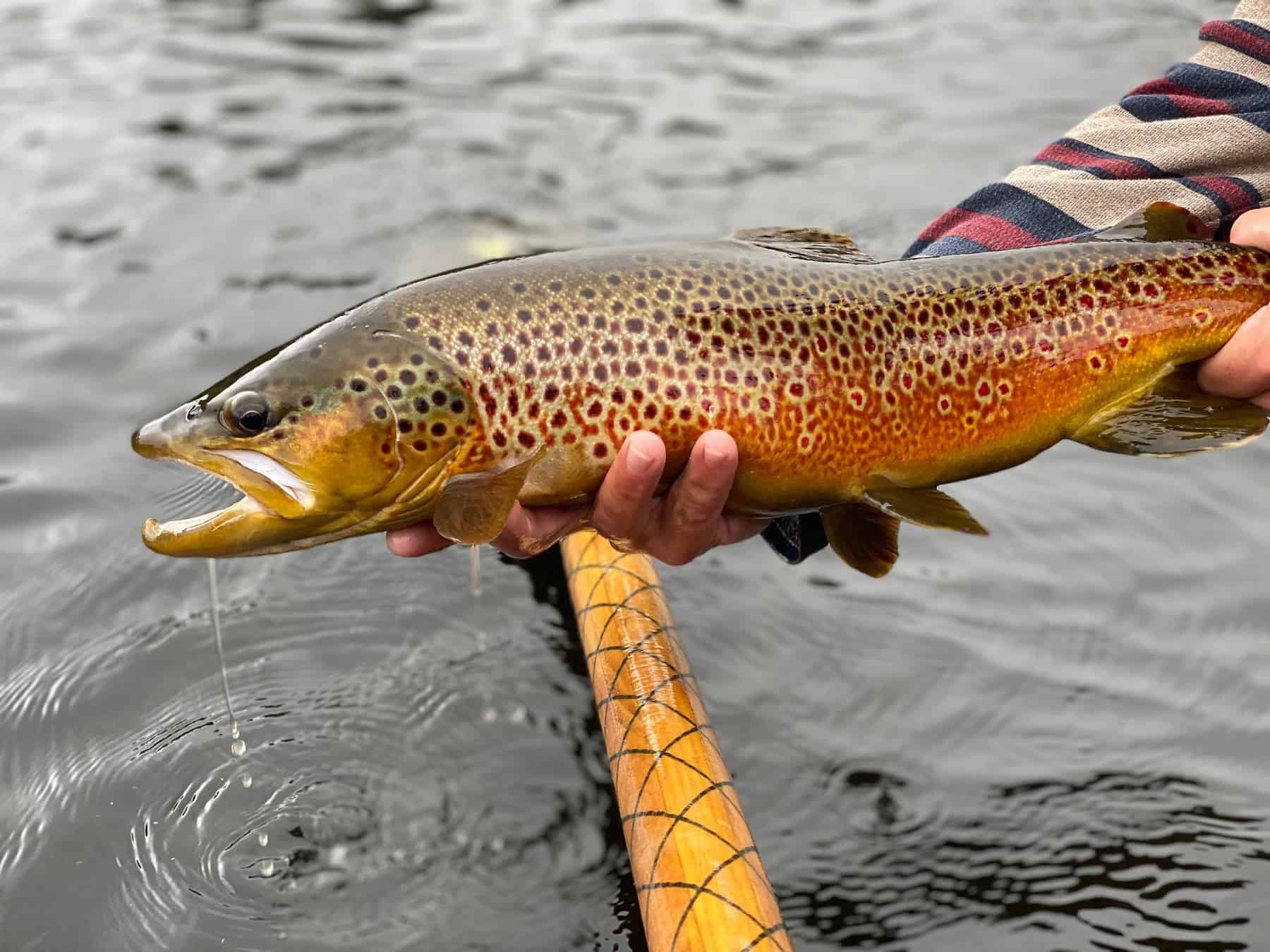 Today’s float began slow and stayed slow…except for the hour between 12:30 and 1:30 pm.  We moved four good trout, landed two, including a picturesque brown that swirled up on Jordan’s streamer and was landed without the net that I forgot.  It was fall in the form of a fish.  After the release, Jordan said, “my favorite part of that event was that neither of us even wondered how big it was.”  We both knew such a trout was immeasurable.  Or, if you were measuring it for weight or length, you were measuring the wrong things.

What’s funny is we were waxing poetically (or was it whining) all float about the very desirable large, pre-spawn, Au Sable browns that we weren’t catching.  Well, maybe that was me whining.  I hurt my neck this morning, some pinched nerve thing, and there I was whining about how good I thought the streamer fishing was going to be when a giant trout ate my streamer so hard that the top half of my back gave out.  Seriously.  The trout was lost as soon as it was hooked…but confidence soared and just downriver Jordan connected, and after that even my sorry, whining, self found one.  Though not nearly as colorful. 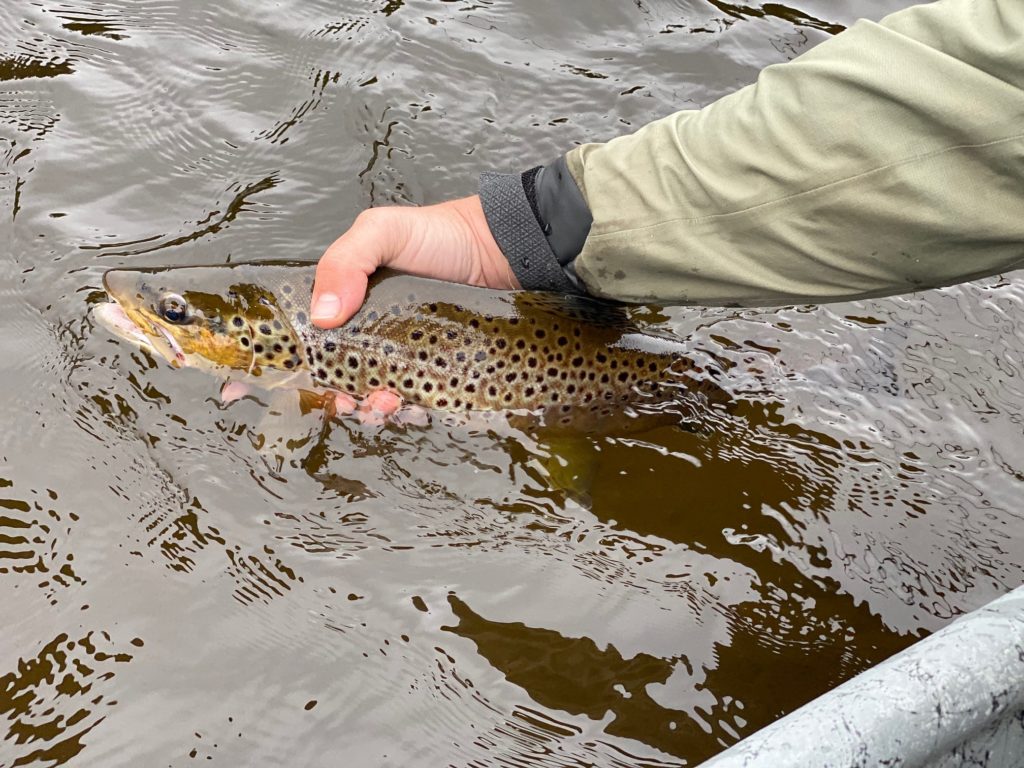 It’s October.  There’s a lot to do.  Too much.  So much, in fact, that you might convince yourself that no one is doing any of it.  Today we landed a half dozen nice trout and never saw another person.  The put in and the take out were empty.  No canoes, kayaks.  Not even anyone in the riverfront homes.  The first people we saw were the dudes fixing Wakeley Bridge Rd.

I thought this week would be an incredible streamer week but it didn’t rain a drop yesterday.  100% chance of rain.  Nothing. The little overnight rain we did get did nothing to change the water.  So we’re still a little high but pretty clear and the trout will chase streamers, at least on these cooler days, during the afternoon…but the high water fall pre-spawn frenzy didn’t materialize. 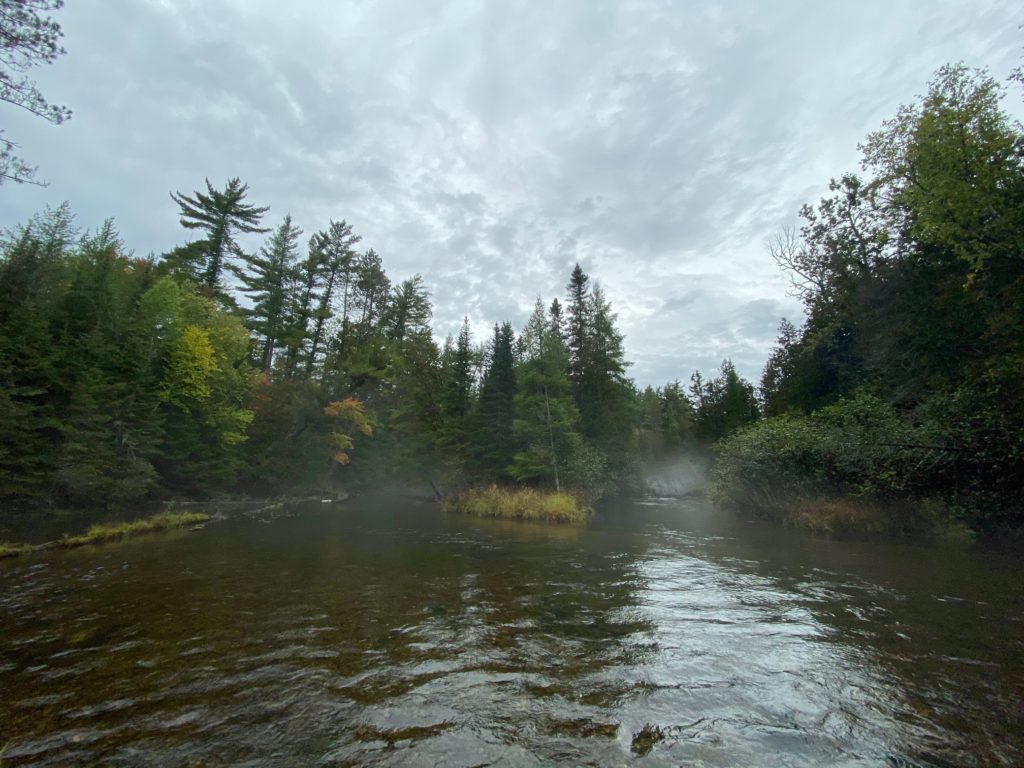 There are blue wing olives hatching throughout the river in two sizes: #20 and #24.  The trout are still looking up and will do so in the afternoons, even if you want to blind fish size 12-16 attractors flies — though I do like to fish a dry and dropper though until they are consistently rising.  If you enjoy small fly fishing this is an under-appreciated time of year.  Working a pod of colorful brook trout on a misty fall afternoon with light tippet and dainty flies and a flimsy fly rod is alright with me. 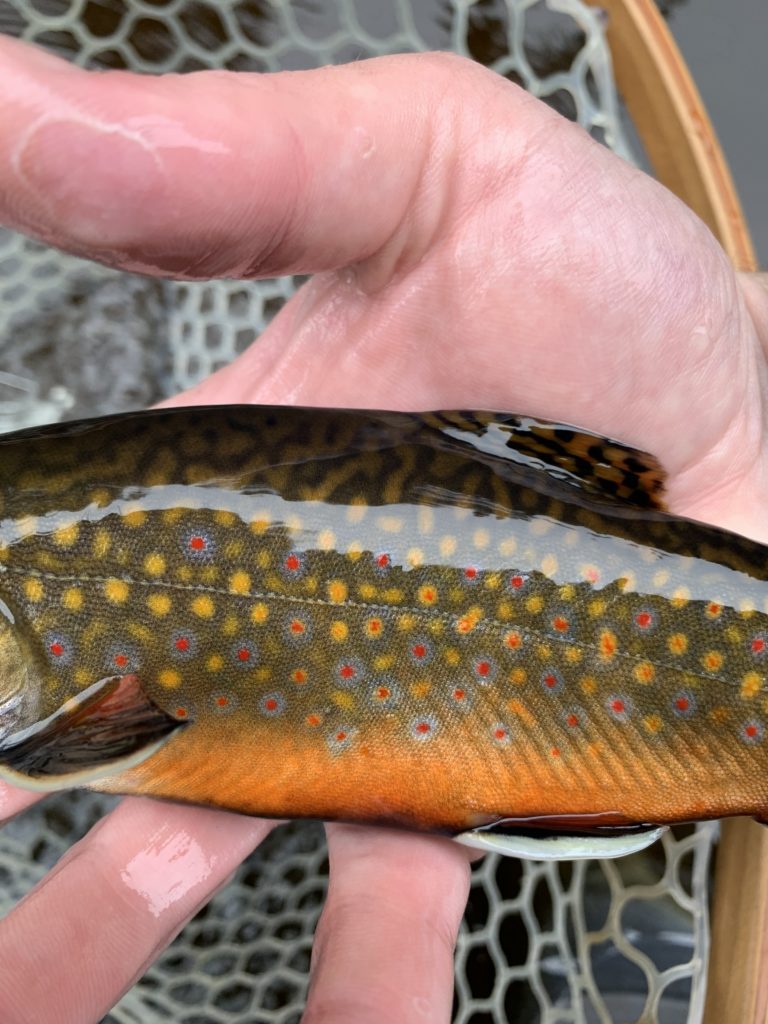 The second half of my day was spent in the grouse woods.  I know not everyone that reads this is a grouse hunter.  But suffice to say that walking up on a dog on point is a clear thrill…like seeing a good trout start to rise in the bubble line across from you. 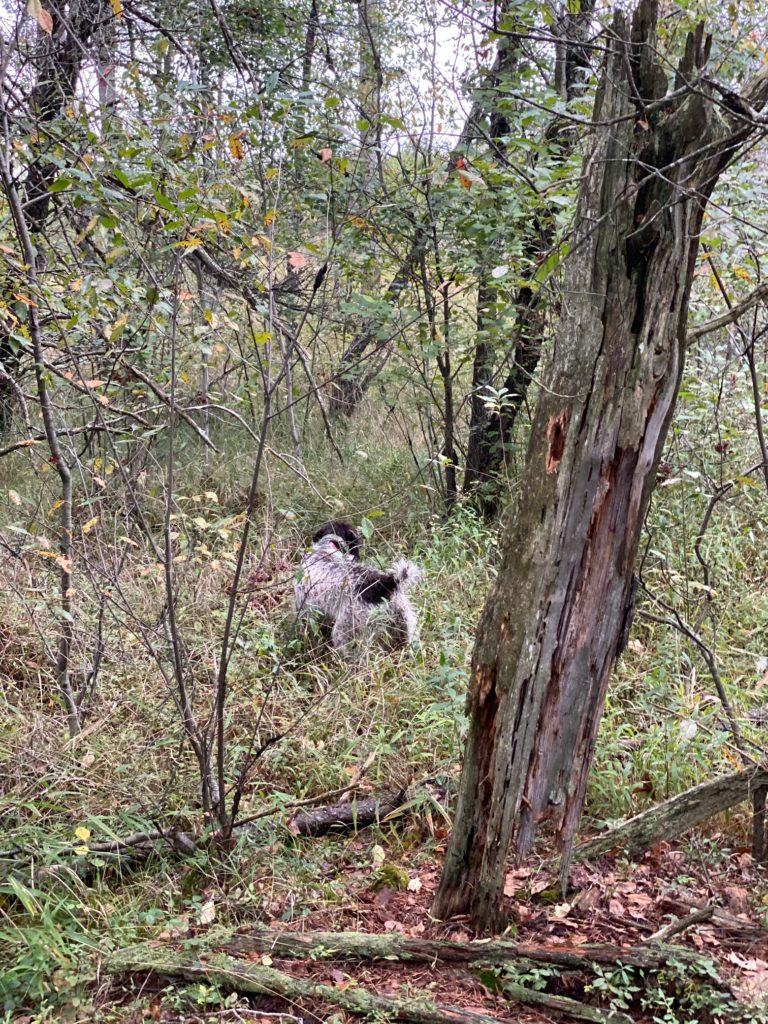 I actually didn’t miss this one

After a big dinner of grouse curry, 1.5 cold beers (the last half I’m saving for the finish of this report), I’m whipped and happy.  The whole sweet month of October is in front of us, with it’s beautiful trout and beautiful trees, its last of 2019s mayflies, and the thrilling chase of trout toward the streamer.  It’s hard not to love fall, not only for its obvious pleasures, but also for its fleetingness.  The trout will be spawning by the end of the month, and by mid-November we’ve usually seen a few snows on the Au Sable.  The shortening days awake something in our hunter/gatherer selves.  Mostly to, you know, hunt and gather as much as you can before settling in for the winter.