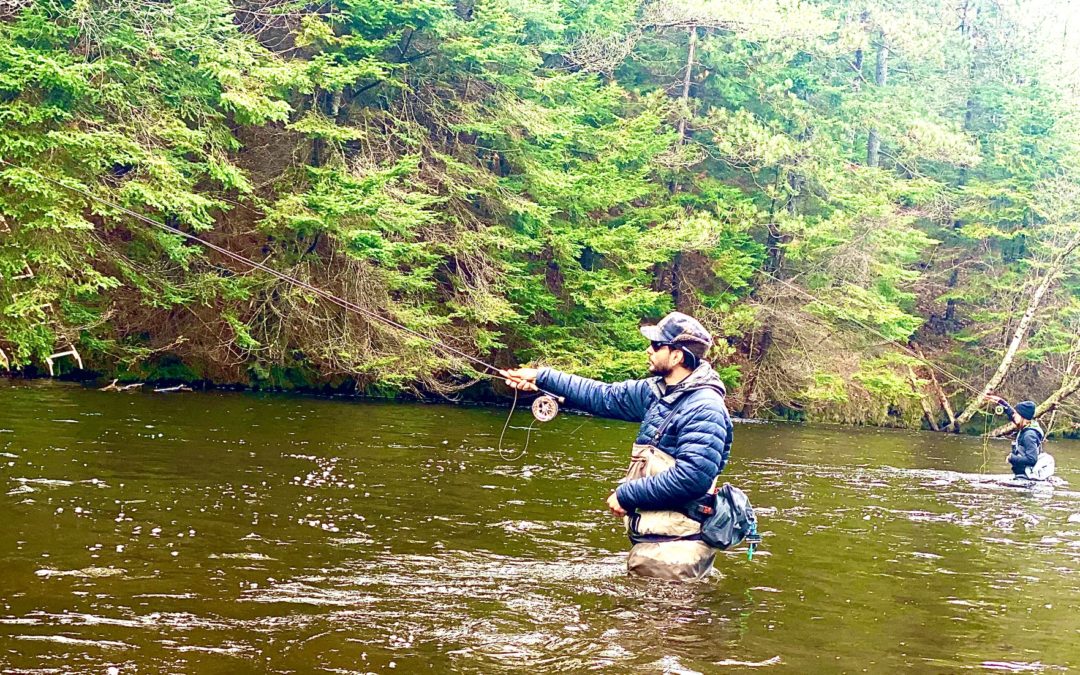 After nine days in North Dakota chasing the wily pheasant (and a few Hungarian partridges, now skinned and preserved) I was anxious to hit the river to see what’s doing, as they say.  Denny, Kim and I sped to the river around 1 pm today for a short float which we complicated in traditional fly-fishing fashion: 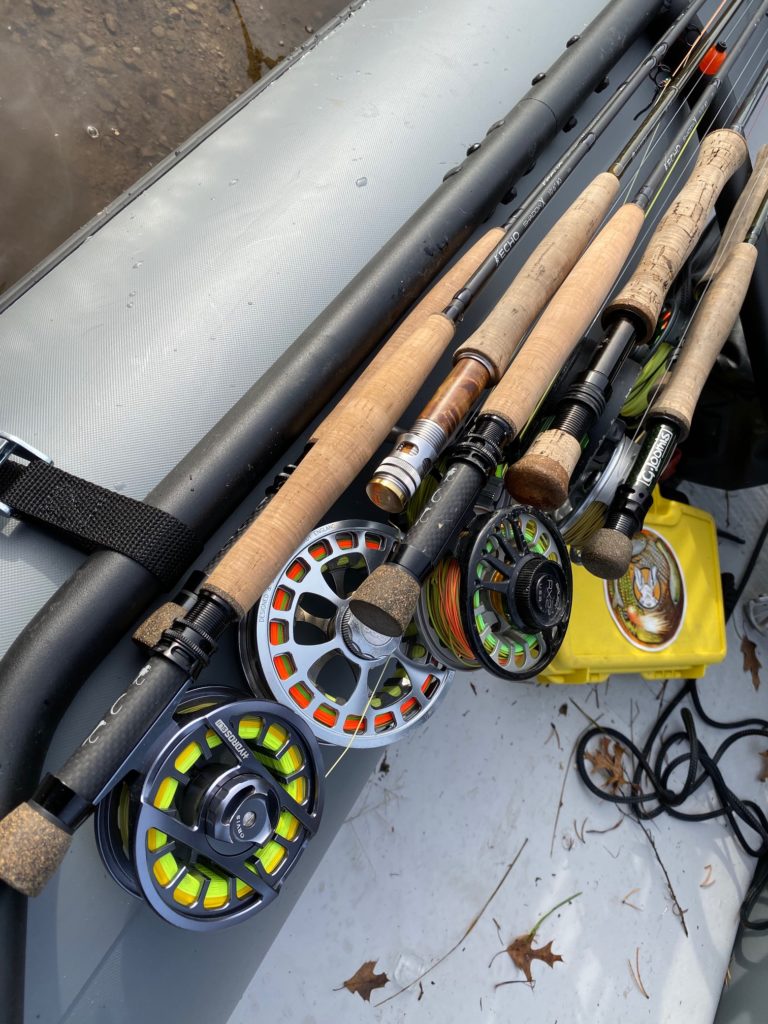 We had indicator rigs, tight-line rigs, streamer rigs…for a two-hour float.  We were in the middle river and only had a few hours but the fun in winter is being prepared to meet the river on its terms.  I felt that we did…it just wasn’t in the mood to deal.  The goal was to work a couple new nymph pools to see if they had potential, but the trout weren’t on.  This was surprising, given the rain that started to fall at dusk.  Perhaps we quit too early (kids, work, life).  Perhaps we just couldn’t cut through the higher water.  Either way, we found a few nice trout to make the day. 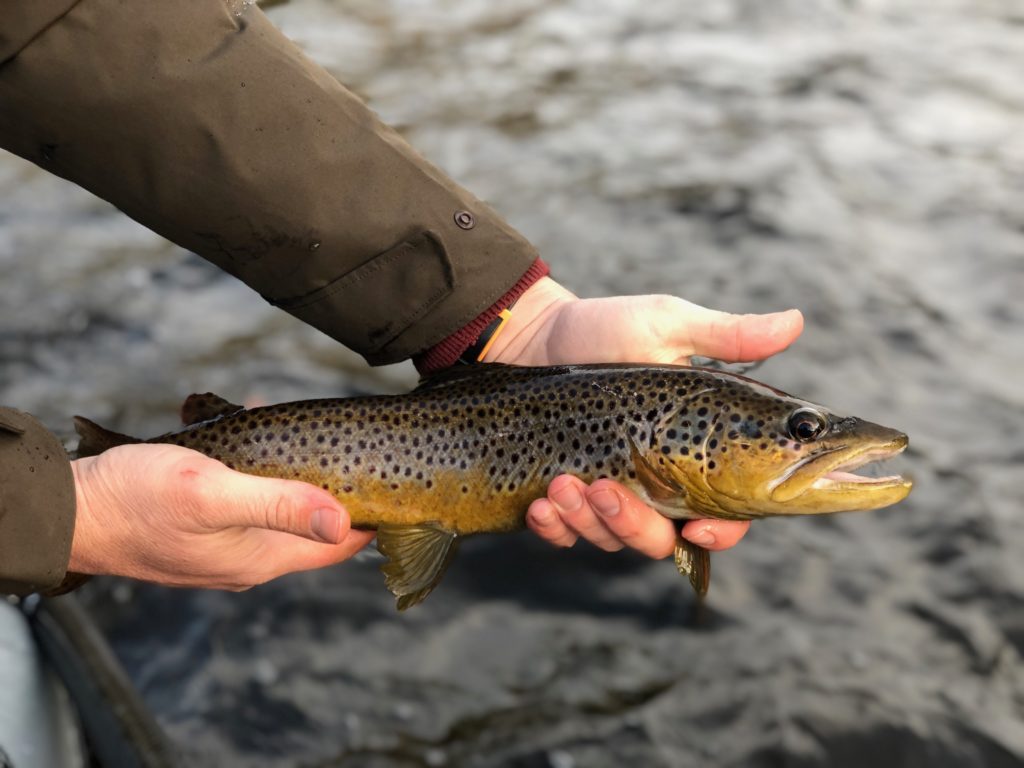 But others did better while I was gone…here’s one from Friday: 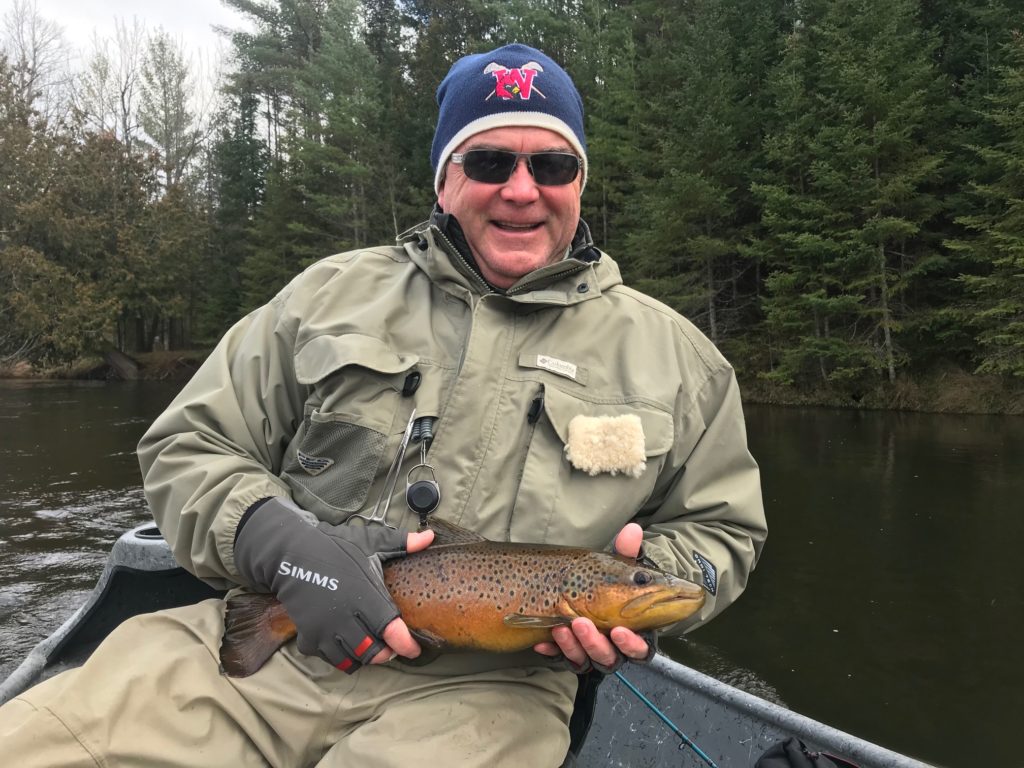 The rivers are in great shape, nice and high and, for the moment, warm.  There are still a few fish on gravel and it’ll stay that way until the next cool down, but the majority of the trout are dropping back to post-spawn lairs.  This means inside bends, the slow upper outsides, and any kind of sandy/woody slop zone on the side of the river.  The key is probably just water speed.  A post-spawn trout wants the water slow.  They’ll chase a streamer — much better than the literature would lead you to believe — but they won’t sit in fast water except in the middle of the day, by a shelf, when the river is carrying the most nymphs.

It’s still deer season up here…another week of it.  The river is empty of people and the next few days look awesome.  Time for a little late fall fishing before winter settles in (but then again, that’s just winter season).  There is very little snow and most of the river is accessible.

Our winter catalog (and calendar) is finished!  You’ll find both here:  https://gateslodge.com/wp-content/uploads/2019/11/GatesLodgeHolidayCatalog2019.pdf

We will be answering the phone 9 am – 9 pm, 7 days/week (except Thanksgiving).   If you want help with gifts, just call or email ([email protected])!