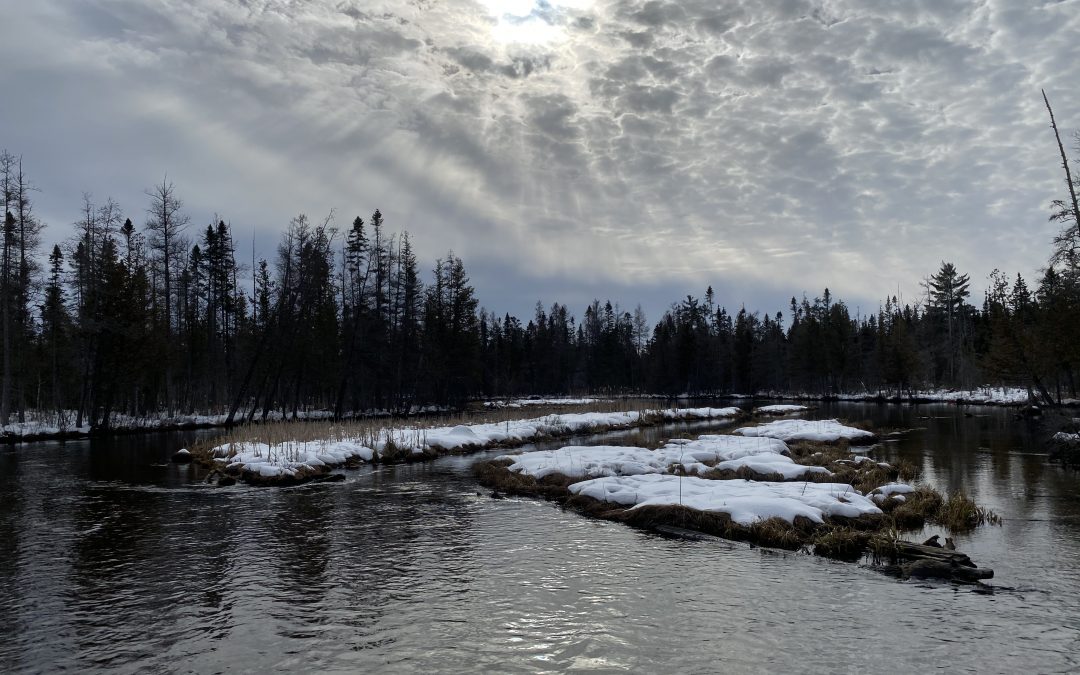 The trout were on the move on Monday.  It was cool to see.  And it felt like March, which was cool to feel.  I don’t curse the sun in February.  Happy to have it.  The fishing is better in the clouds but the sun has more holistic healing qualities than couple of extra trout.  We launched too late and had to skidaddle to make it by dark but in the middle, betwixt the sun rays, we saw trout.  Twice Matt had very large trout rush his streamer.  Then I saw a huge swirl in the middle of a long flat.  Matt chucked a long cast and a trout over twenty-inches appeared on the tail of his streamer…until the streamer hit the sun, and the fish turned away.

Further down, we found a few fish that would commit…for at least as long as a single cloud hung over the sun. 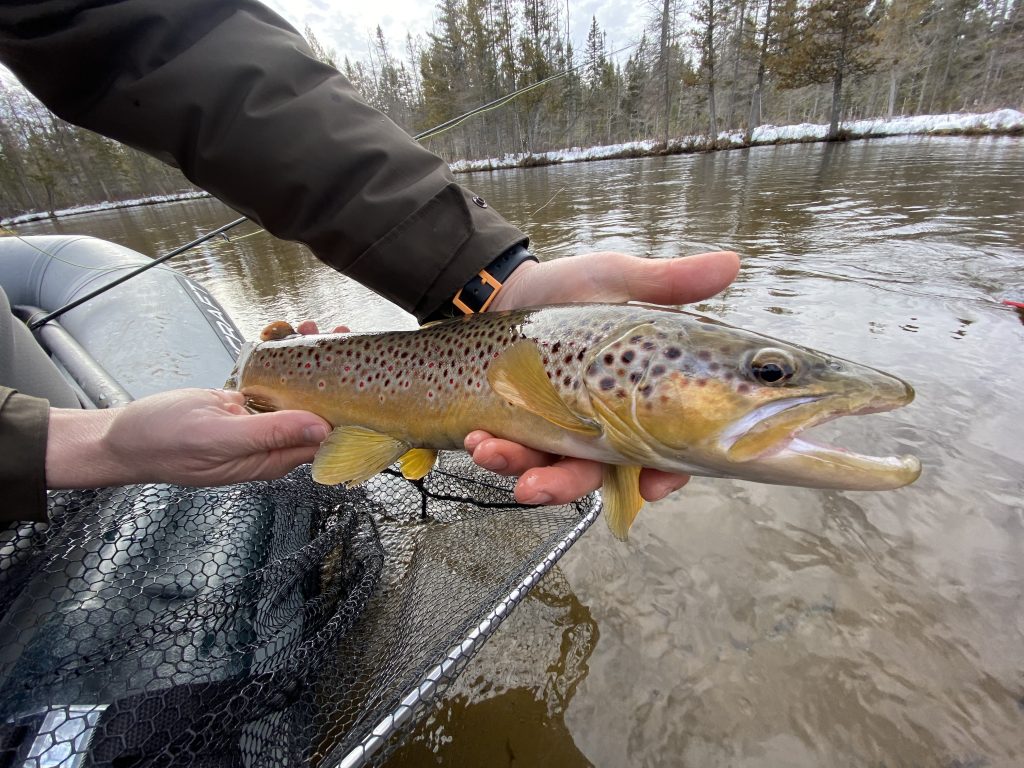 There were deer everywhere on the bank as the snow started to retreat and exposed some food.  The deer looked great: healthy and fat and happy.  We spooked one big doe that ran between a house and the river, and then leapt some invisible obstacle.  It was an incredible bound.  There must have been six feet of air beneath her hooves.  It was awesome.  She hung in mid-air as we laughed.  Then her young followed her and made no such leap over no such obstacle.  So I figure she was just seeing how high she could jump on an unseasonably warm February afternoon. 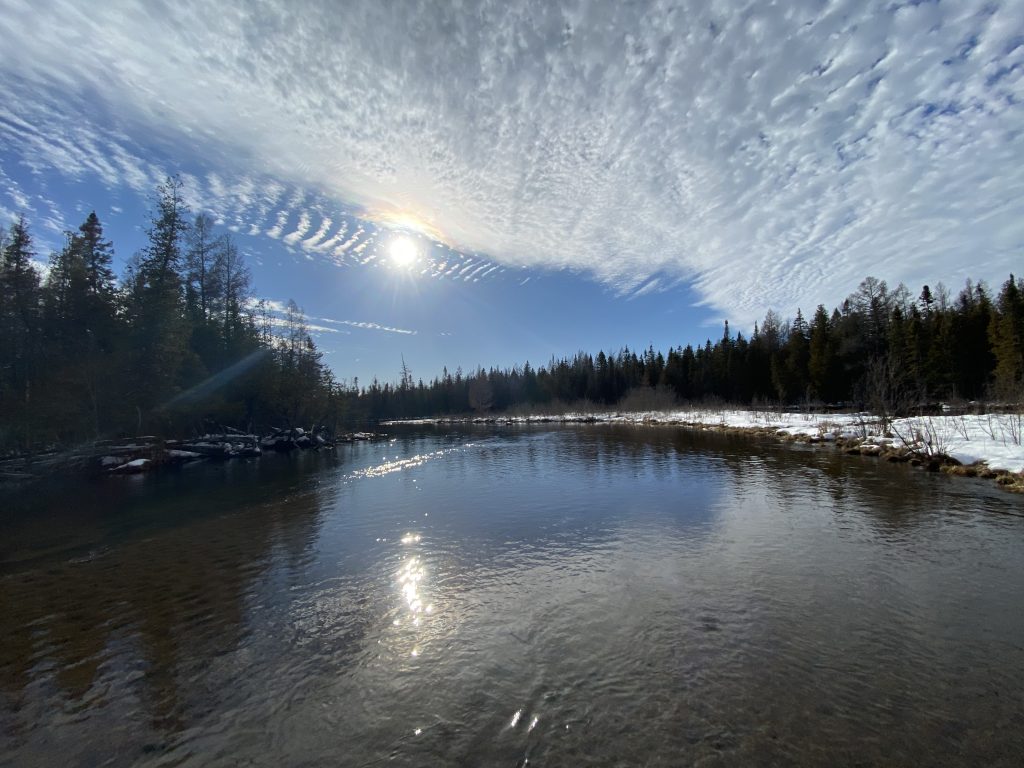 A few pools were swarming with fish.  One trout raced across the river, dragging a giant wake behind, and swam down a side channel. Another run had two big fish milling around that bolted when the fly landed.  And one big giant fish that I fished to earlier this year spooked from a midstream logjam and for that fish…I’ll be back.

We had to switch to thinner streamers, the platform of which is featured below.  It’s a pretty easy fly to tie that sinks like a stone and is great for clearer water:

Please note: We do not have Free Fly Tying this Saturday.  We’ll return next Saturday.

Denny’s class is full for this weekend.  Our next evening Saturday session has to do with the hex…and it’s going to be a good one!  Here’s the info: https://gateslodge.com/event/hexed-tying-hex-flies-with-gates-lodge/

Matt just emailed me this weekend’s dinner specials.  They look fantastic.  Check out the menu here: https://gateslodge.com/restaurant/#blog.  Give us a call, or email [email protected] for reservations for dinner.  Breakfast is served 8 am – 11 am, no reservations necessary.  Make it a weekend: we have a few rooms available.