Has the lightning bug hatch started yet? 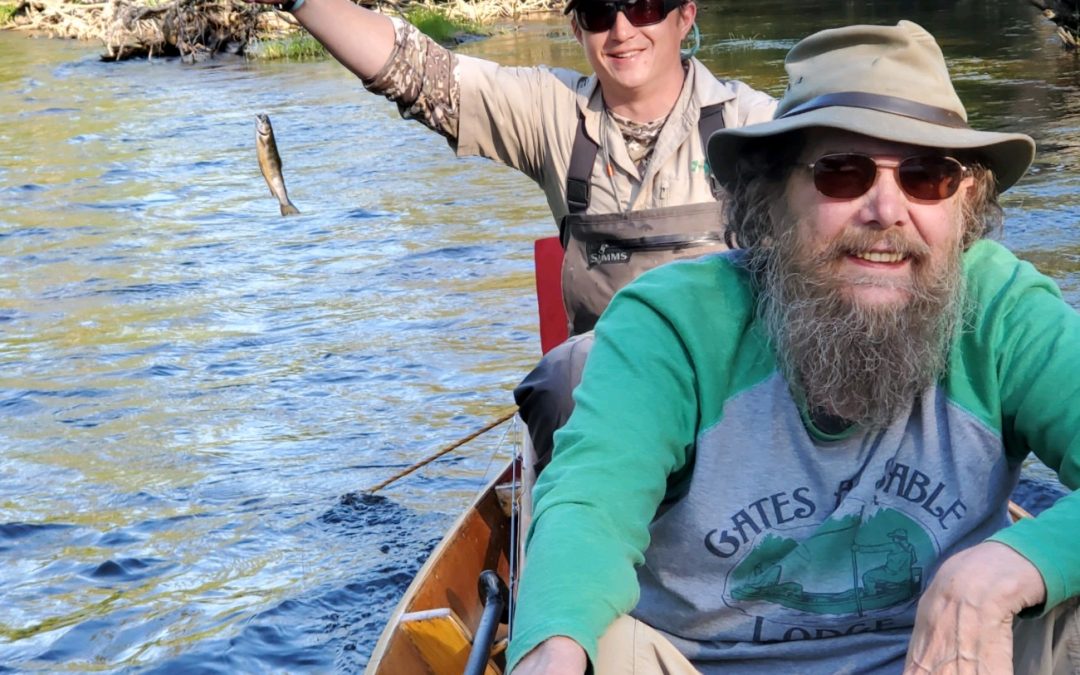 With the blooming of the irises comes the season of the hex, which is often considered the height of our season on the Au Sable.  I think it’s a bit more nuanced than that.  In 2020, we’ve all fought a lot of battles, from global ones to high water, and right now, finally, the Au Sable is flowing clean and clear, the night skies have been star-filled, and this week has provided glimmers of what the rest of the season will be like.

It might be a pod of brook trout turning flat water into a riffle by the rings of their rises, or maybe you’ll save a deer fawn from drowning: 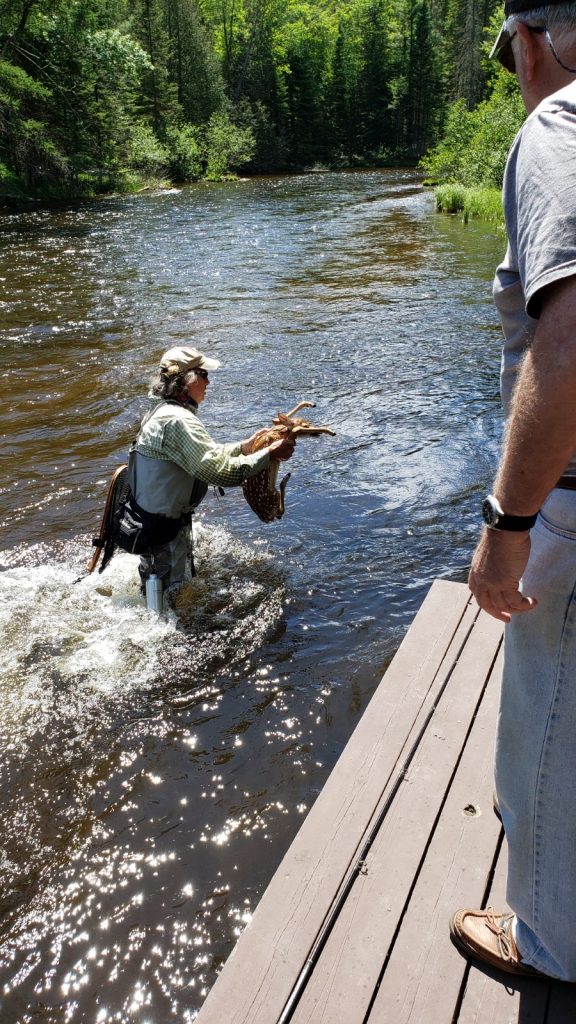 Maybe you’ll find a brook trout like this rising in the single patch of shade on an otherwise cloudless and sweltering afternoon: 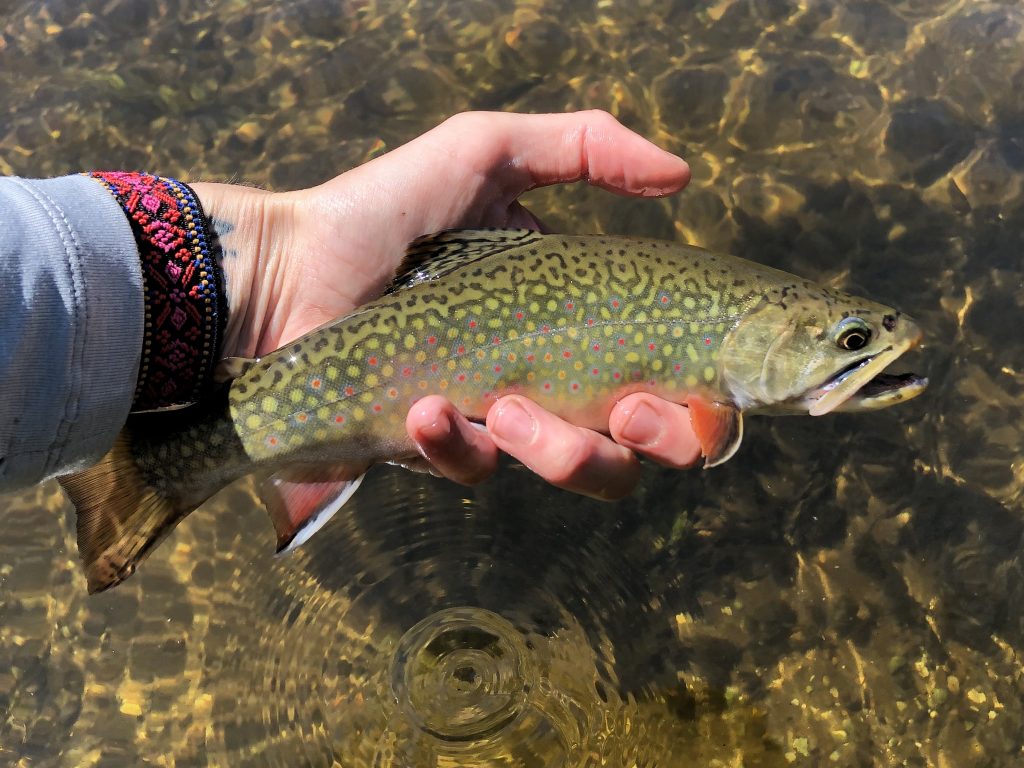 Or seduce a midday brown from one of the most popular pools in the river: 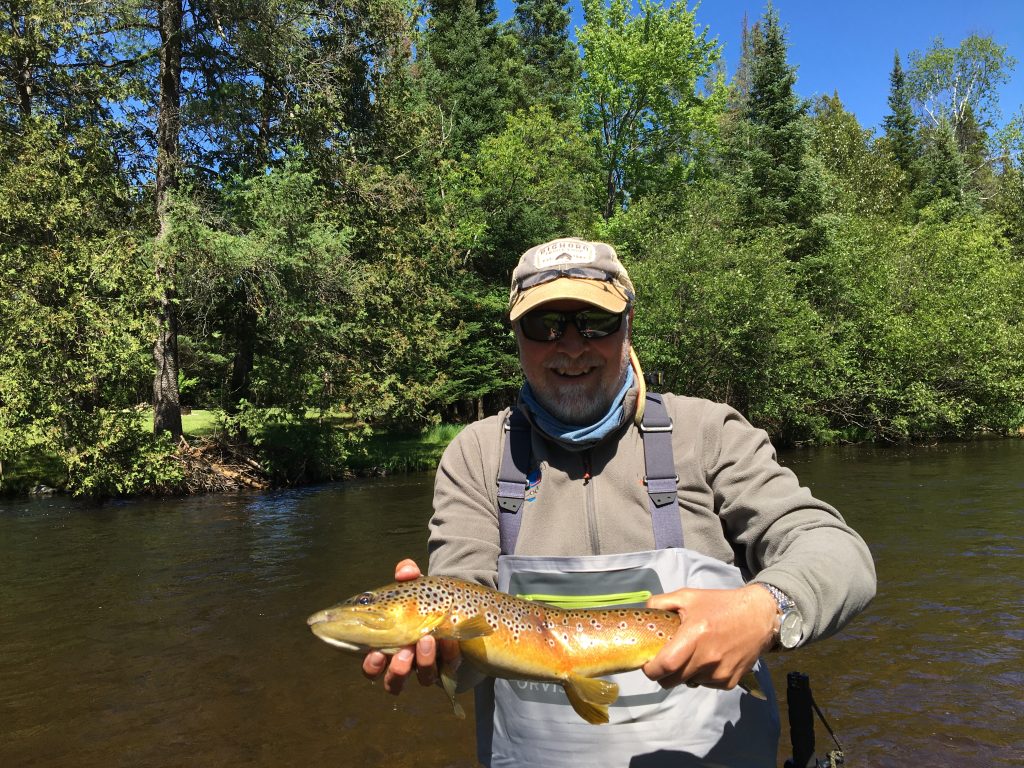 Or do a little riverboat snack: 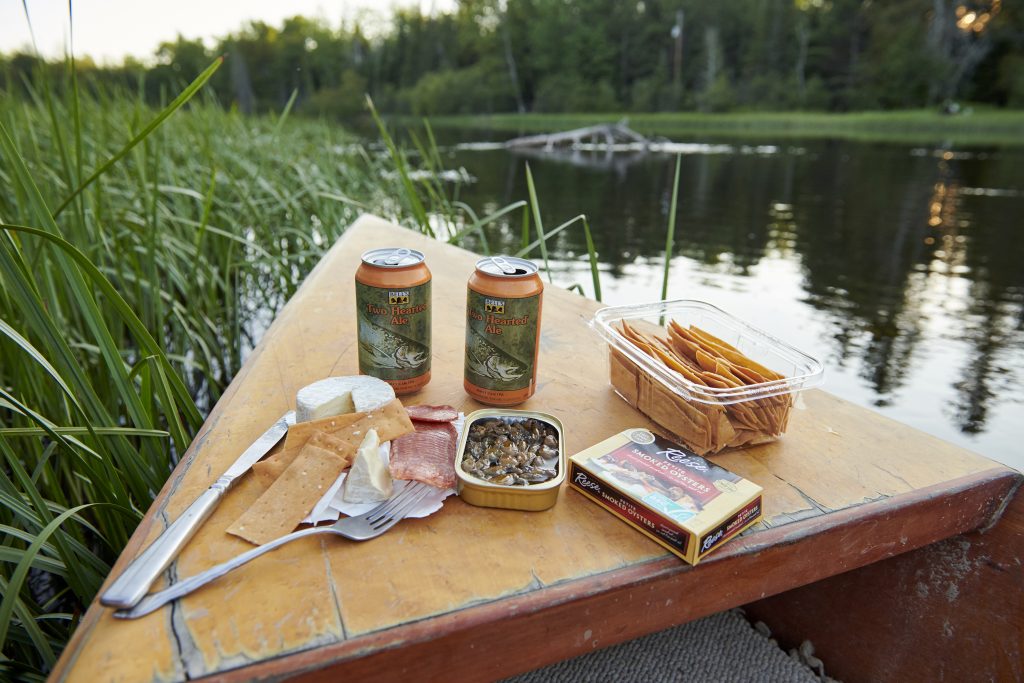 Gosh, there’s so much season left.

The hex, which will blossom over the next few days, serve as a sort of masking hatch for the rest of the river.  Yesterday I never saw another angler on the river where I was.  No hex, either.  But, for an hour, the river came alive during a complex spinner fall, and my client (yes, sometimes I guide) caught a sweet brown that was rising in front of a stump at last light on a size 16.  Before that, we did well pitching around the Awesome (a deer fly imitation) and then a big drake-sized attractor.  The Au Sable is fishing pretty well right now, with or without hex.  But with this heat, of course, you can safely bet on heavy hatches and mating flights of hex starting over the next few days in the usual spots on the both the Au Sable and Manistee.  I’ve got my big flies ready.  Rods strung up.  Game plans hatched.  You know, it’s hex.  But it’s not a season unto itself.  It’s just a part of the season.  Maybe it’s not even the best hatch of the season.  I mean, I would counter with a handful of other bugs that I like just as much.  But there’s one I hadn’t thought of.

Yesterday a kid came into the shop with a spinning rod rigged up with a about six split-shot and an unweighted black woolly bugger.  He was so jazzed to be going “fly-fishing”.  We dug through the garage and found him a real fly rod and reel, rigged it all up for him, leader, tippet, flies, the whole nine yards.  It’s the best part of the job.  The best.  This kid is just glowing…but also growing impatient.  After all, he came to the river to fish, not wait.  But we get him set-up and Andy takes the kid out to the field to teach him the old ten to two (but a little closer eleven).  About halfway through the impromptu casting lesson, the kid looks at Andy and asks him gently if the lightning bug hatch has started yet.

I just love that.

And, yes, the lightning bug hatch has started.  And so have the hex.

Car spots:  Just like last year, our car spotters simply can’t keep up with demand and we will have very, very limited shuttle services over the next two weeks.  Please plan accordingly.

More Kids Rods and Reels Needed:  Have an old rod and reel that you never use?  Donate it to us, and we will give it to a kid.  We are running low on our big stock from doing this a few years ago.