Heat wave (and a hex retrospective) 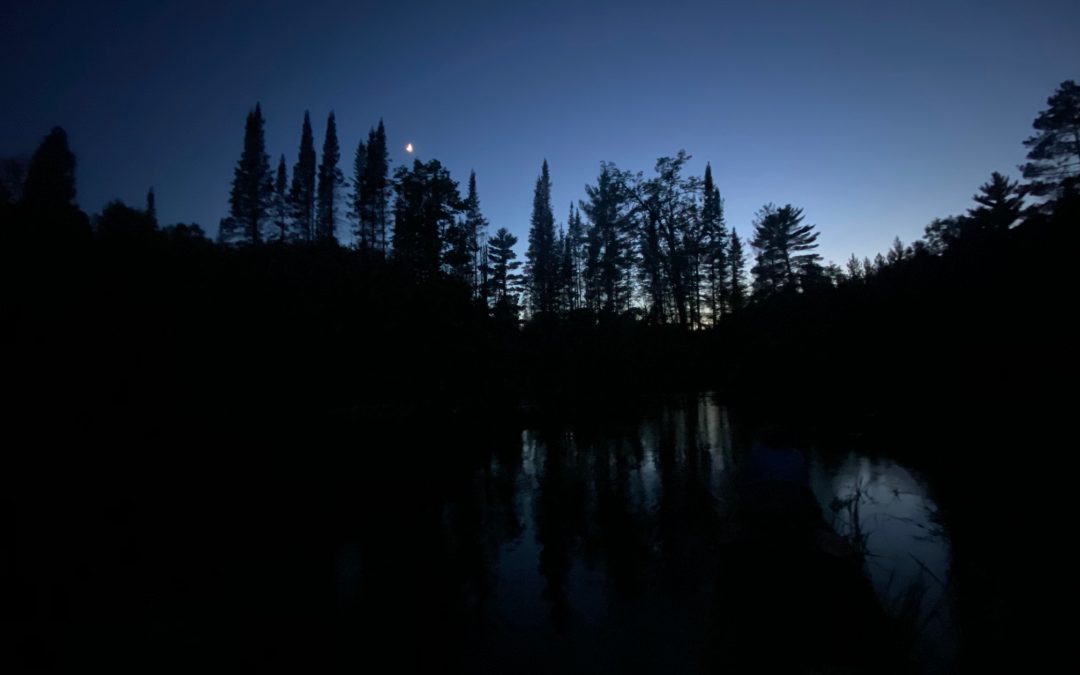 It’s hot just about everywhere right now.  This isn’t the same terrible heat we had a few years ago, but it’s hot enough to disrupt the daytime fishing and hot enough to make much of the lower river bad for the trout (though the Au Sable has enough cold water for them to survive).  We’ve been fishing at night, or in the early morning, or both, depending on how you define such things.  The difference between night and morning gets hazy during hex.  It’s beginning to iron back out now as the morning tricos and BWOs start to hatch and the fun shifts toward small flies.

It’s been a great hex season.  It’s been one of the best I can remember.  It sort of just kept going, and it’s still kind a going, and a few anglers will chase these bugs all over the state, up one cold water drainage after another.  I finally got my kids out the last few nights and they had a blast.  Aaron helped me reel in a really big trout, but he darn near caught this one all by himself.  He wanted a quick pic and I humored him before the trout humored both of us: a classic tail slap to the face, before flipping directly back into the river! 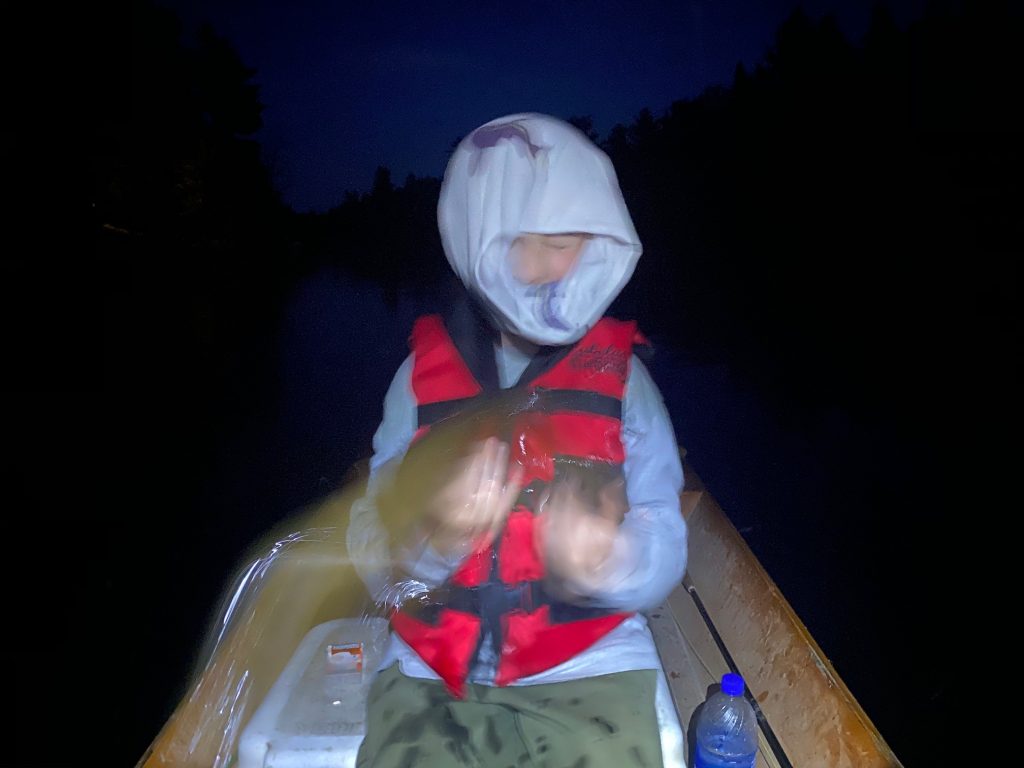 But my coolest hex memory from 2020 will be a little flat I fished for a few nights.  No one seemed to bother with it.  It’s just an out of the way spot.  But the coolest feature was that just below this flat is a big deep pool, and at the top of the pool is a sand lip.  At 10 pm every night, the wakes of big trout would come up over that sand lip and spread across the shallow flat (it’s a foot deep muck flat).  Happened the four nights I fished it every night at the same time.  These wakes accompanied a smiling thought in my head: here they come….   Never heard a rise down below me in the pool.  But that flat was great.

Now I’m on to getting my daytime stuff ready. The morning hatches are beginning on the river, and when it gets hot, the mornings are truly the best time for the fish and the fisher.  Bring your fine tippet, long leaders, light rods, a box of BWOs and tricos, some small bead-heads (the best dry and dropper fishing of the season is in the morning, after the tricos and during the BWOs), and a box of terrestrials and skunks, and enjoy one of the most overlooked, hiding-in-plain-sight times on the Au Sable.  You’ll never see more trout rise on the Au Sable than on a morning in July.  At any time, a fish bigger than eleven inches is a big one.  On fine tippet and light fly rod, they feel plenty strong. 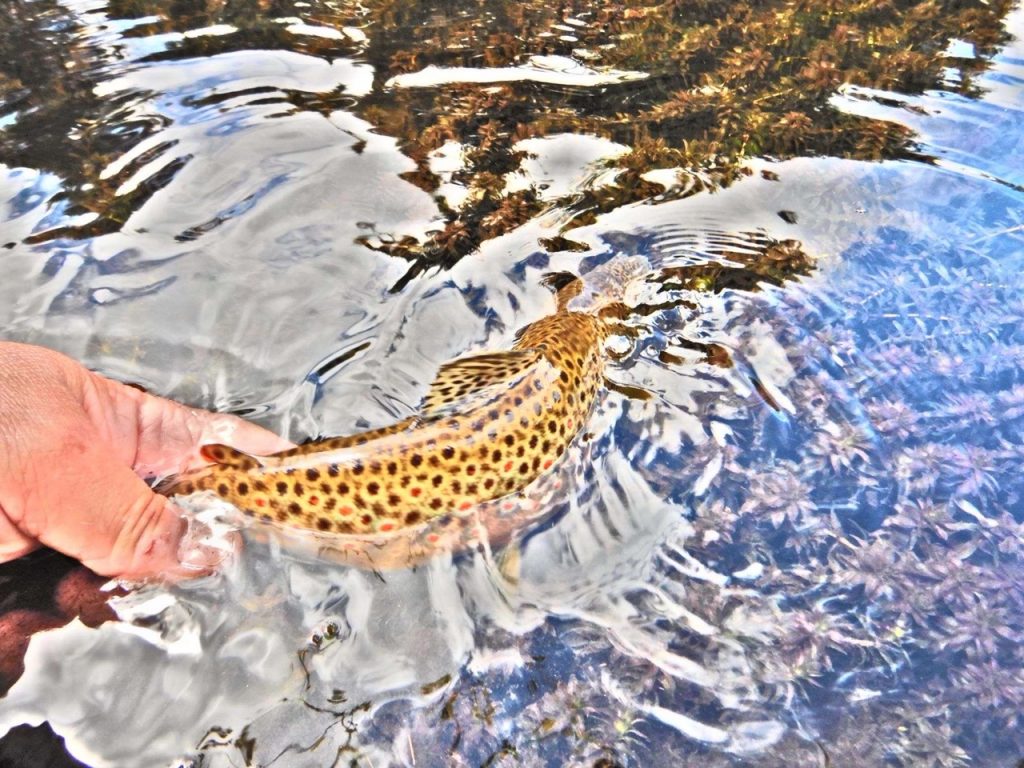 We are advising folks to watch the water temperatures especially in the lower Au Sable and below Mio dam, as well as the upper North Branch and upper South Branch.  The mainstream of the Au Sable has been staying (just barely) cool enough, as has the upper Manistee.  Along those lines, the trout fishing won’t be very good in the middle of a piercingly hot, bluebird afternoon, and I’d advise taking a nice nap in a cool space, or heading for a local bass lake (we can recommend a few), or grooving with a book…before hitting the river at dusk and/or at dawn.  Such heat waves, you take what the river gives you, and enjoy every second of it.