The frog and the trout 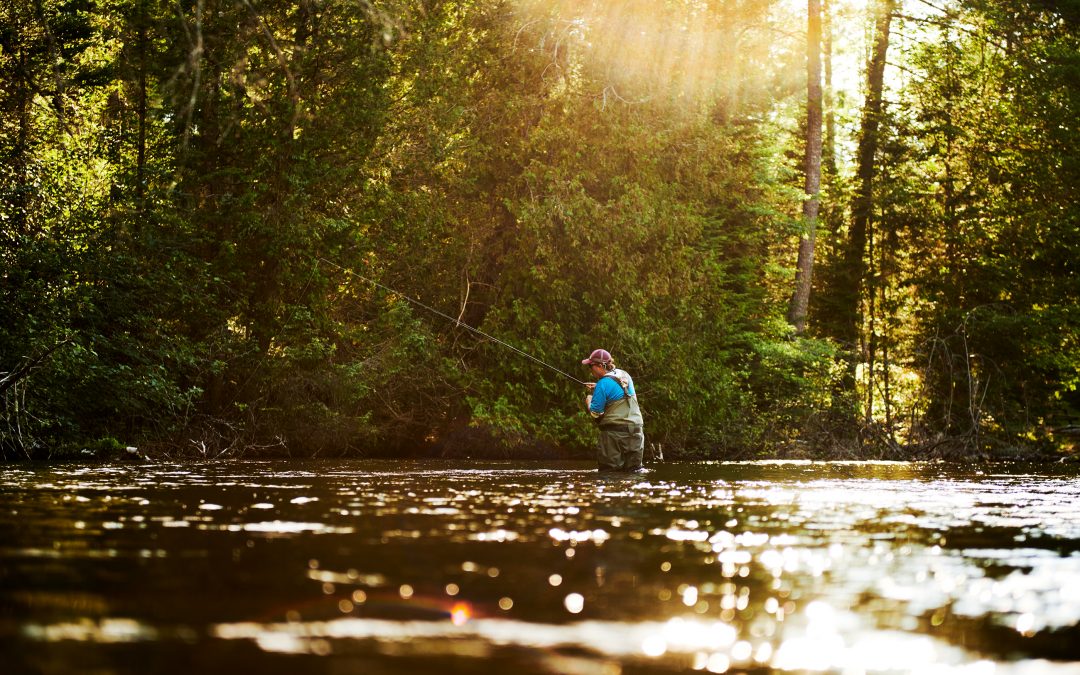 What a beautiful week.  The water temperatures plummeted throughout the river system, a jolt of rain improved the water levels, the trout began rising in earnest in the evenings, and the daytime attractor fishing was great.  The mix of suns, cloud, and rain got some cinnamon ants flying around.  Au Sable trout love ants.  There just aren’t a lot of grasshoppers.  Beetles?  Kinda.  But when it comes to terrestrial fishing the Au Sable, deer flies and ants carry the summer.  And frogs, if you consider that sort of a terrestrial.

The other night with Lance I saw perhaps the most incredible thing I’ve ever seen night fishing.  We put in and fished through a couple of runs.  Near the top of the second run a good fish sucked in Lance’s fly and was fought quickly and landed.  It was a nice silver hen, pictured below. 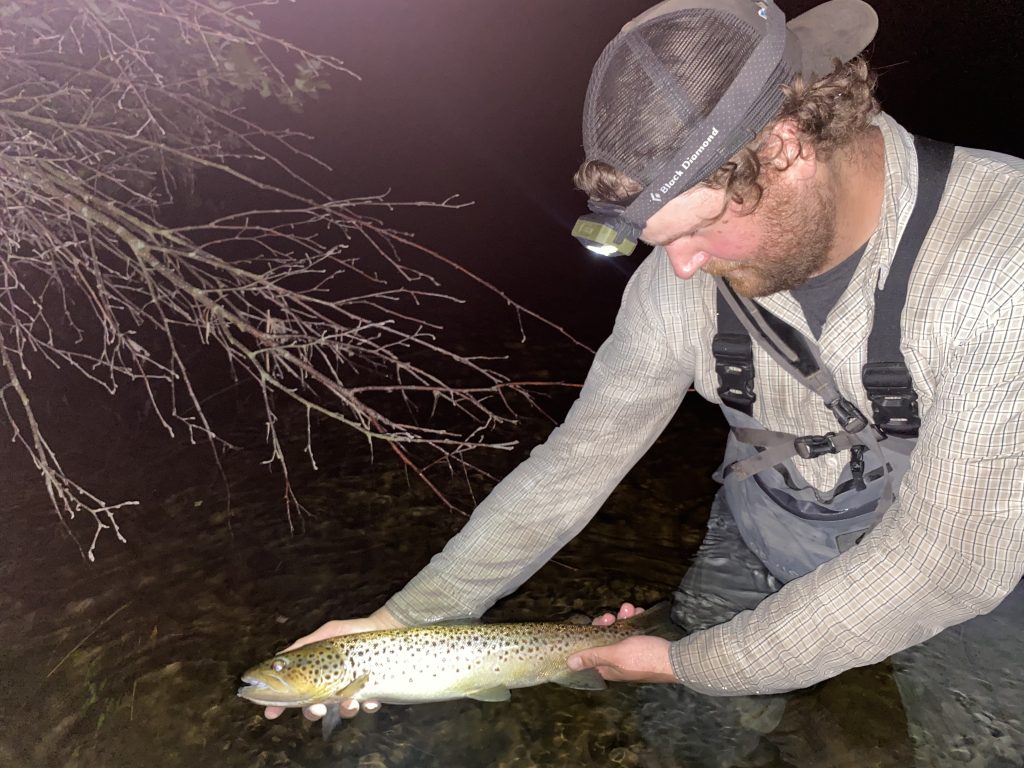 Immediately after I took this picture, Lance noticed a very small frog kicking upstream.  I don’t know how it’s not in the picture above, but it was an inch away from the trout.  The trout was 3/4 submerged, just breathing, still in Lance’s possession, and the little frog kicked, kicked, and kicked right into that trout’s mouth.  The trout shut its mouth, expelled water through its gills, and ate that frog.  Gone.

Well, that was inspiring, so I got on sort of a midnight kick.  Holden and I did a short float and had great evening fishing to a mix of ants, Isonychia, and BWOs on our way to the night spot.  There were all sorts of 8-16″ fish rising in the flat stretches and his second cast of the day was a nice teenager that evaded my net but certainly made the night even if it was lost.  The night fishing was pretty good, but I sort of regretted not getting out there earlier for that evening rise.  I’ll be more prepared this evening. 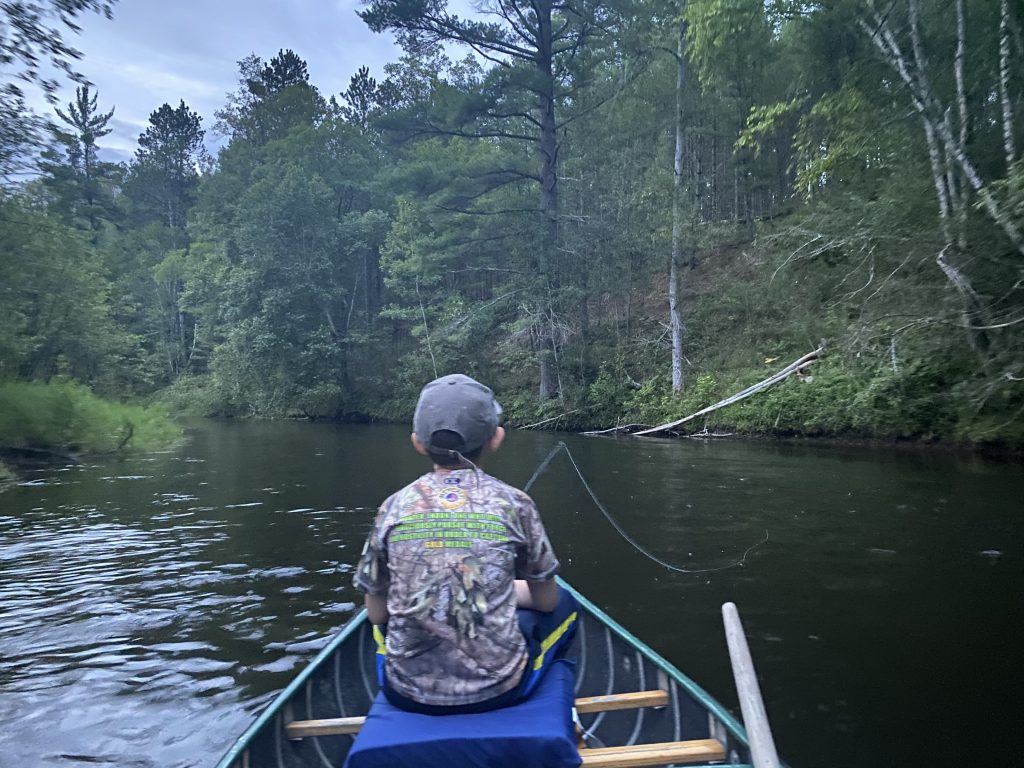 This weekend is going to warm up, but not to the point that I worry greatly about the water temperatures except on the upper North Branch and down toward Mio.  As always, give us a call, check the USGS gages, and carry a thermometer.  The rest of the river is running cold — very cold for this time of year — and the trout are happy and sassy and the ten-day forecast is for more cool, beautiful, trout-y weather on either side of the weekend warm-up.  This is summer fishing at it’s best.  From tight-line nymphing to mousing to trico fishing to blind-fishing, there’s so much to do during a good weather-week on the summer Au Sable.  Look for #18 BWOs to steal the show in the mornings and evenings, and keep your ants close-by, as I think there might be a few more flights left before the ground dries up again.  Twitch skunks along the wood.  Try micro-streamers.  Night fish.  Trico fish.  There’s so many ways to find trout this time of year — more than there will be the rest of the season.