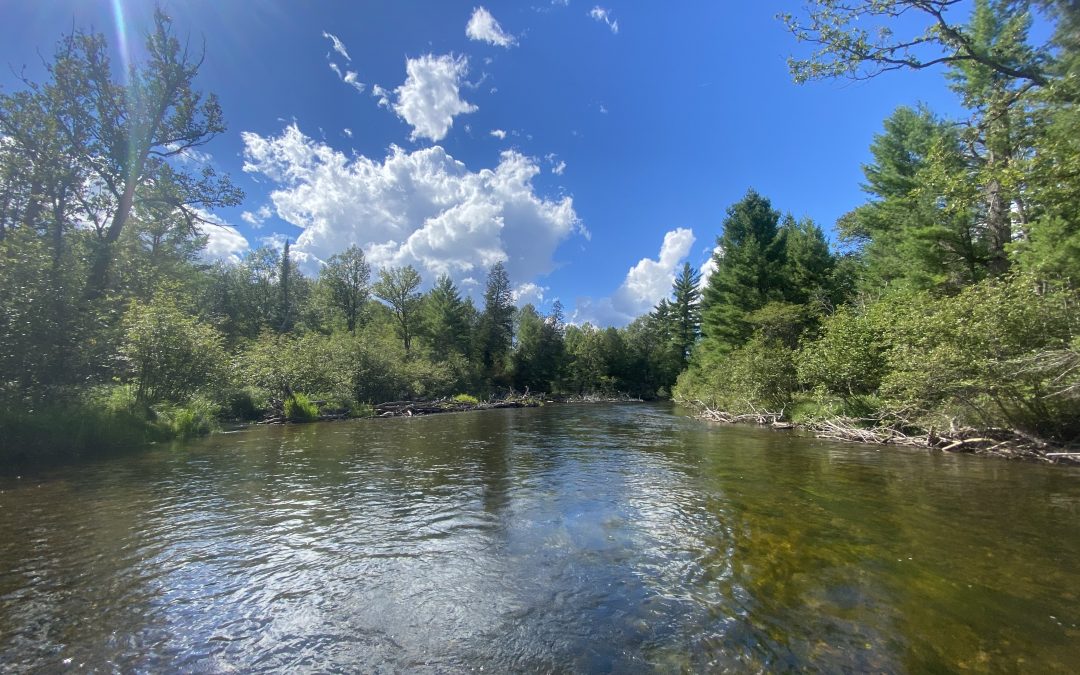 A few days ago, amidst a days-long cold front, Lance and I got out for a little fishing.  We did a float that we’d planned to do for about two months and after a bunch of busted dates this — this 50-degree lead-colored day — was the day.  We brought eight fly rods (because he’s left-handed and I cannot switch hands to reel) and intended to fish every which way but normal.  We’d dry and dropper, tight-line, indy, and maybe chuck around a big dry fly.  We would do little, if any, streamer fishing…even though, in September, I typically think of this as streamer water.  It kind of went according to plan at first, with us taking turns catching fish doing a bunch of oddball stuff that just made me appreciate how much there is yet to learn.  From just off the lip of a nice big shelf Lance found two nice rainbows on a tight line set-up, this being one of them: 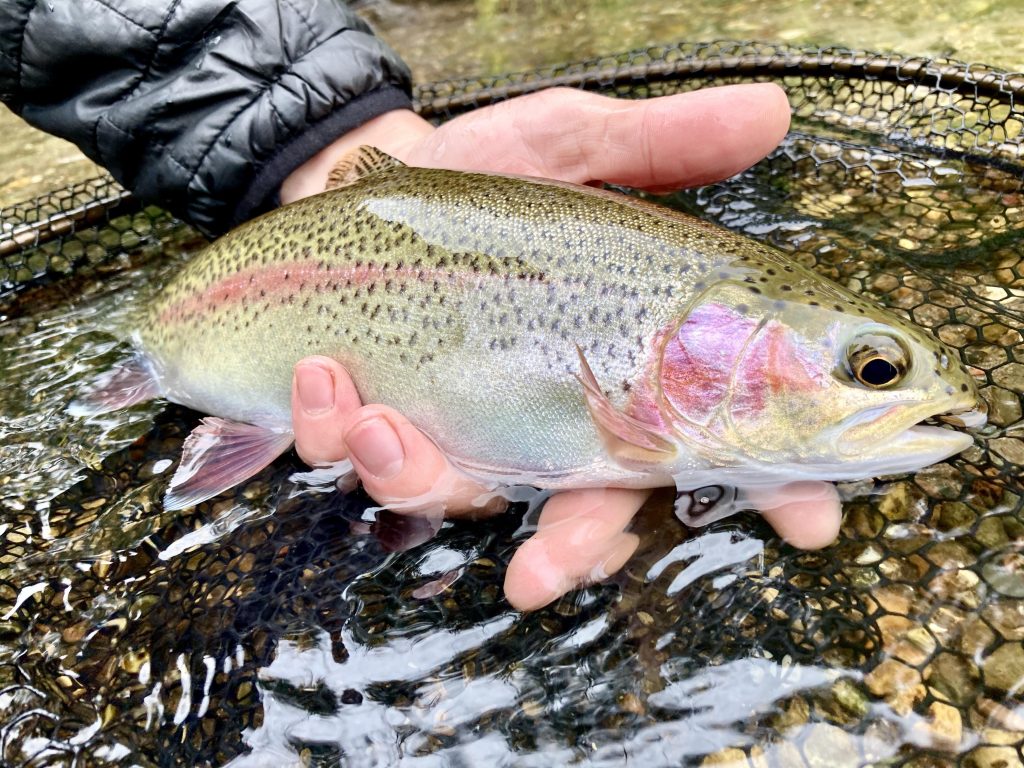 I managed a handful of smaller trout.  We switched rigs constantly, and really fished the river hard.  I put on a streamer for a bit and the trout would chase but really weren’t in the mood to commit.  We broke for lunch and enjoyed the cool weather.  The first maples were turning and it was good to think about the fall.

And then the Cahills began hatching.  Now I’ve seen Cahills hatch in ones and twos, but this was a full-blown hatch.  Or, at least, this was the most Cahills I’d ever seen hatch in one afternoon.  Then a few fall Isonychia began mixing in as well (they are really a size 1280 14).  Some small trout began looking.  And then a few bigger trout.  Finally, we quit blind fishing and started looking for heads, and while we didn’t find many, we found one.  It was rising just below a small bush on the outside of a long bend, and though I really think it was actually Lance’s turn, he insisted I cast at it.  And cast at it I did.  He wasn’t choosy, though he ate my fly about five-feet below where he was rising, meaning he was wise enough to give it a look over.  A September brown is back to prime condition, especially when the water temperatures have been maxing out in the mid-fifties, and it fought hard. 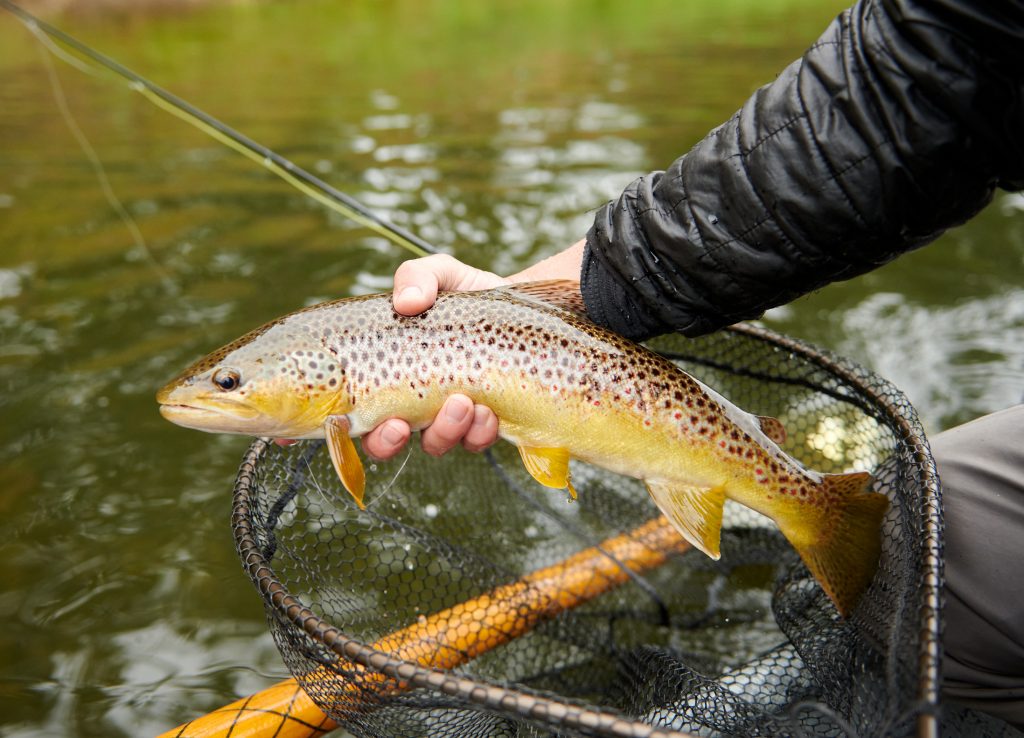 The bugs petered and we whipped streamers around for awhile.  And somewhere in there Lance announced it would be the last cast, and he pitched it to the top of a big deep pool, and stripped a white streamer across the top of it, and of course a big rainbow chased the fly right to the boat, and of course we kept whipping the streamer all the way to the boat launch as if such a thing might happen again.  It almost never does.

It’s been a great two weeks of fishing.  Some of the best I can remember for the end of August and first of September.  The water is crystalline and while that poses challenges, it also makes for a beautiful river.  The guides have been finding success on dry and droppers, the small olives that have been hatching on these last cloudy days, and on small streamers.  When the sun pokes out tomorrow, the terrestrial fishing and blind attractor fishing should pick up in the afternoon.  We’ve had blanket hatches of size 26 (or smaller) BWOs the last two afternoons and the trout have been rising seemingly everywhere on the Holy Waters.  This is 8x and small flies.  I got out for an hour this afternoon with some friends.  It was great fun.  With the sun, the 7 and 8x continues — it really does make a difference — but we’ll be focused on ants and small versions of hoppers, Royal Wulffs, etc.  Cold nights mean we get to sleep in. 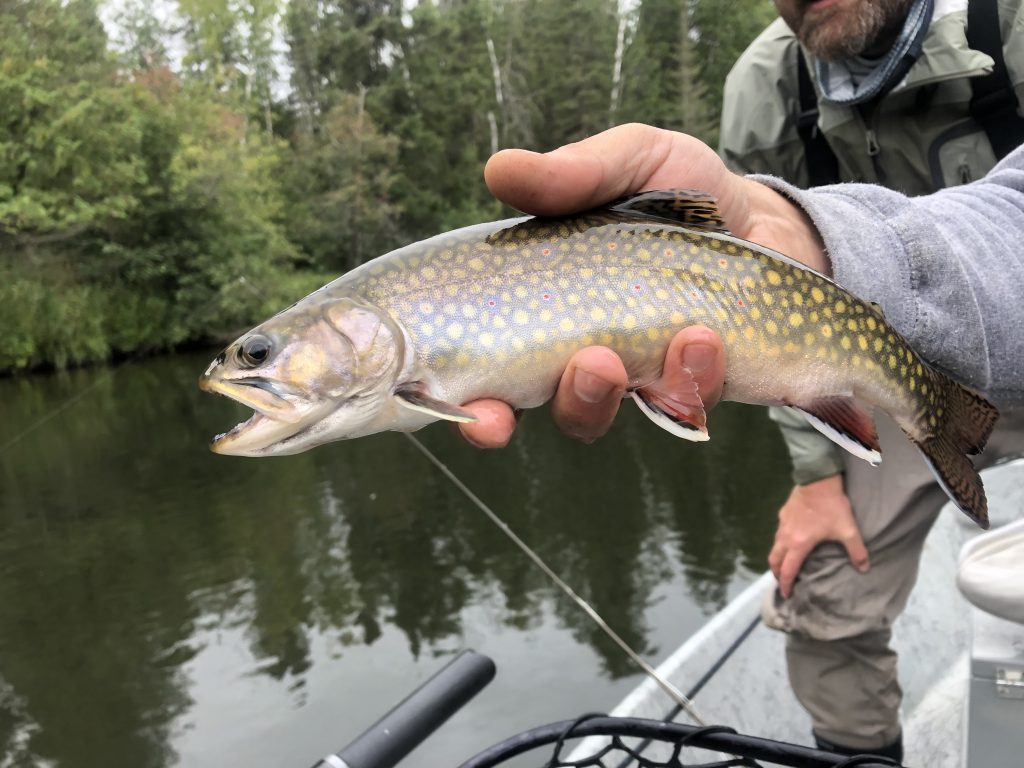 We’re looking forward to River Cleanup this weekend.  Thanks to everyone who is planning to volunteer.  Information and sign-up info below.  We could still use a few boats in the river around Parmalee, and for folks to clean the various boat launches, which have received higher-than-usual traffic this year.  If you don’t feel up to wading the river, please let me know if you’d like to help around the boat launches, and which ones you plan on doing.

This will give real-time data so you know what beats need “help”. The goal is to get as much of the river cleaned as possible, of course, but with a definite focus on the stretch between Wakeley and Mio Pond (this means you, folks with boats!).

Please check the list and email me — [email protected] — with questions.

Fall season is a’coming.  We have open dates for bird hunters and fall fishers, trout guide trips and connections for steelhead guides.  Put together a fall tour.  Shoot me an email at [email protected] to ask about options…