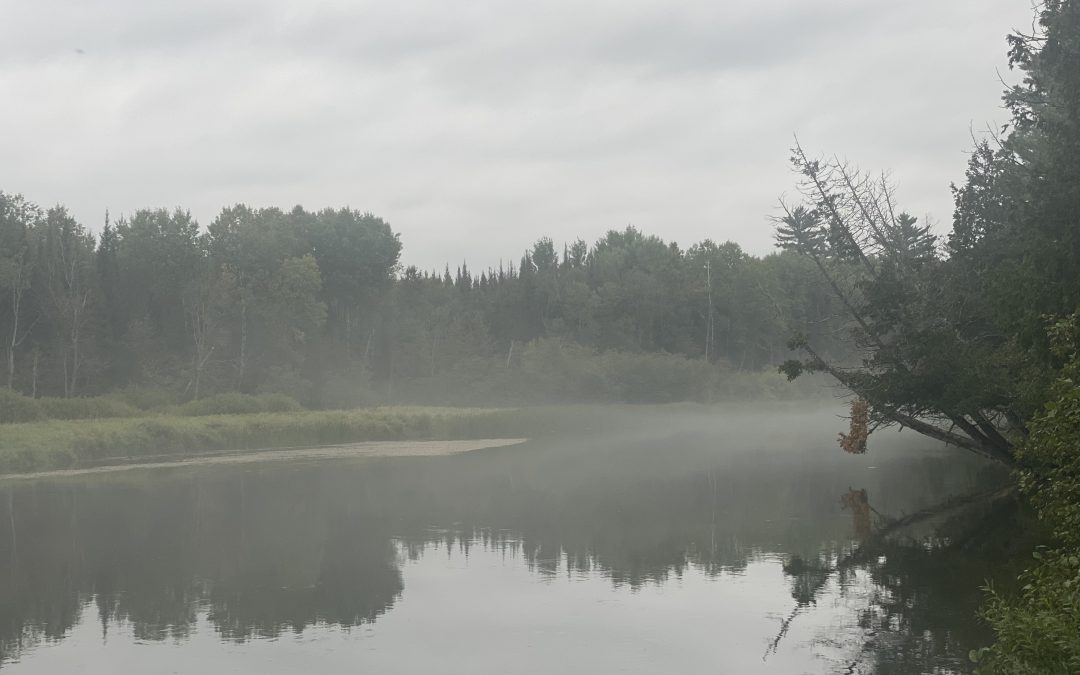 This is such a sweet, yet sometimes humbling, season for the trout angler.  The water temperatures have fallen into the “go” zone for trout, but the river is extraordinarily clear, making success a combination of the right technique, fly, and approach.  An angler can blind fish dry flies just like in July and August and do well, but they won’t do well all the time.  There are a lot more wrinkles to trout fishing in September than in July and August, and more opportunity as well.  There are very good streamer days ahead (clouds are key), ants, nymph fishing (some of the most technical of the year), afternoon BWOs, and afternoon dry fly blind fishing.  The key word here becomes “afternoon”, especially on cold mornings. 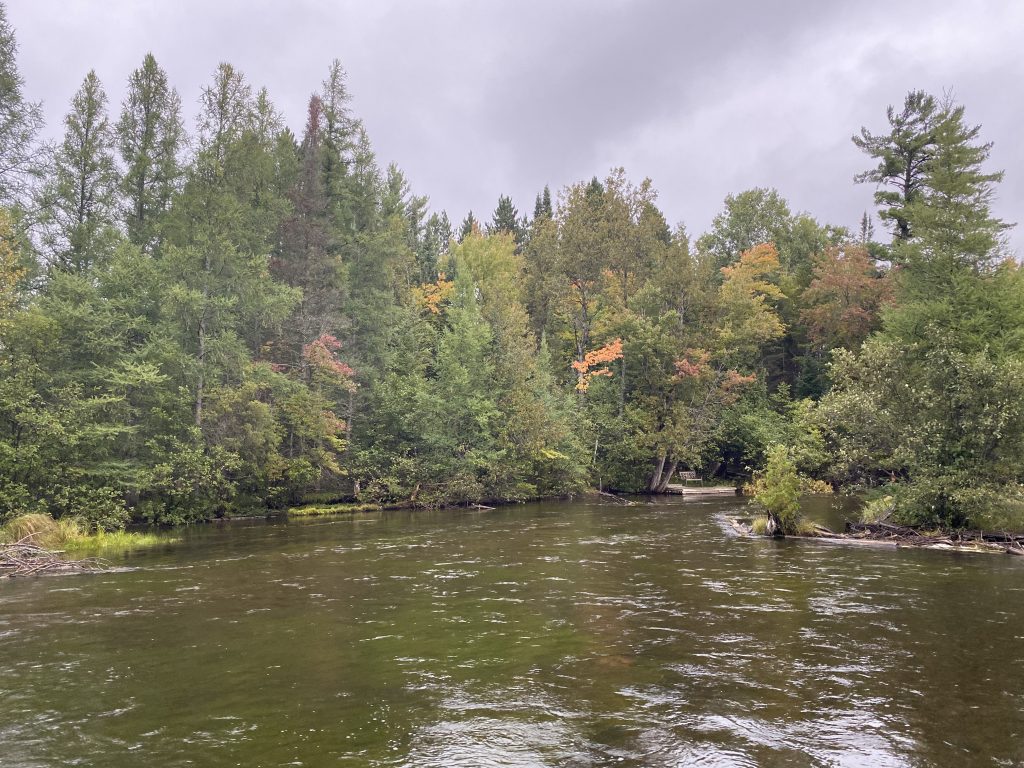 A little color to the foliage

Looking at the forecast, this looks to be a nice cool weekend with some cloud cover, and the result should be some good streamer opportunities as the browns turn pre-spawn.  I fish smaller streamers and I have a very simple rule in September.  If it’s sunny, I fish small, bright flies for the brook trout (and if a brown trout chases, that’s great).  If it’s mostly cloudy or overcast, I fish larger flies (both bright and dark colored) with the hopes of moving a couple of bigger brown trout, and if a brook trout eats it then so be it.  This isn’t the same as the adage “bright day, bright fly”.  It has more to do with the trout that are available to be caught.  Sunny days are brook trout days.  Add a few clouds, and it becomes a brown trout thing. 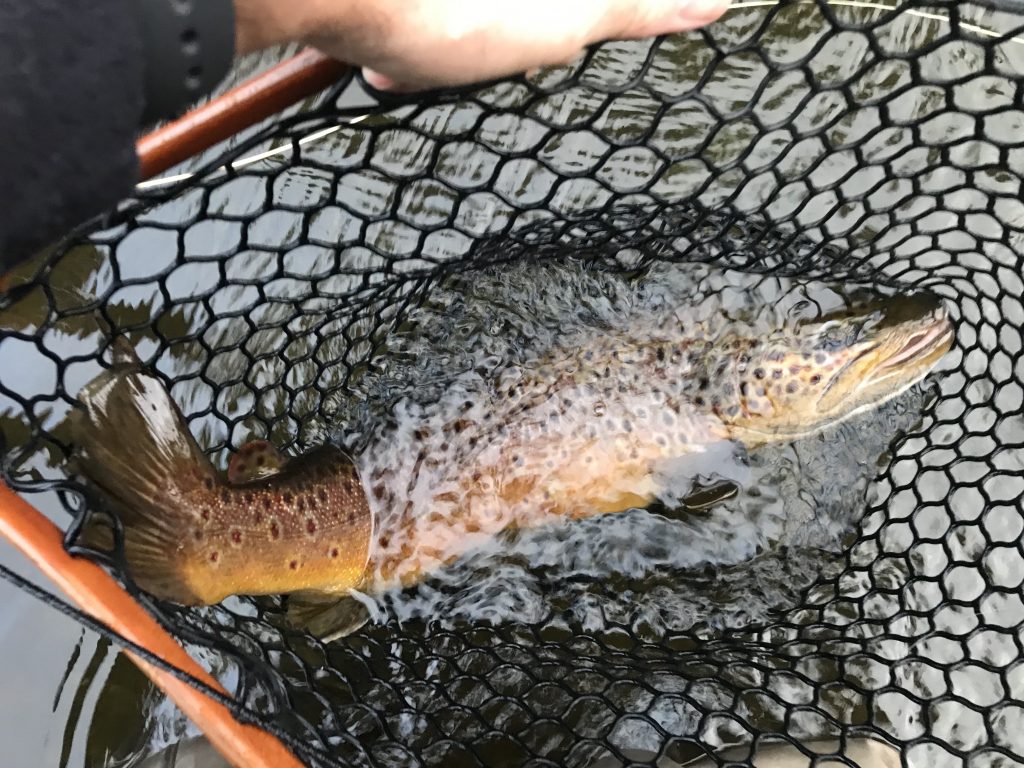 A big trout that ate a streamer on a cloudy day

Many of the hunting seasons have opened up in Michigan, which spreads out the pressure from the river to the forests as well.  Grayling is known as a bit of a grouse and woodcock spot, and many bird hunters are also fly-fishers, so the river pressure is reduced further by those driven afield.  I tend to spend as much or more time in the woods as I do on the river over the next month, if only because bird season is short and I get to fish all winter.  It also introduces the notion of a “cast and blast”, in which one hunts and fishes in the same day.  Yesterday was such a day for us.  After an afternoon of hunting, Holden and I joined Matt for a little night fishing session.  It was very, very cold, but the kid managed a nice trout at the tail-out of the very first pool we fished. 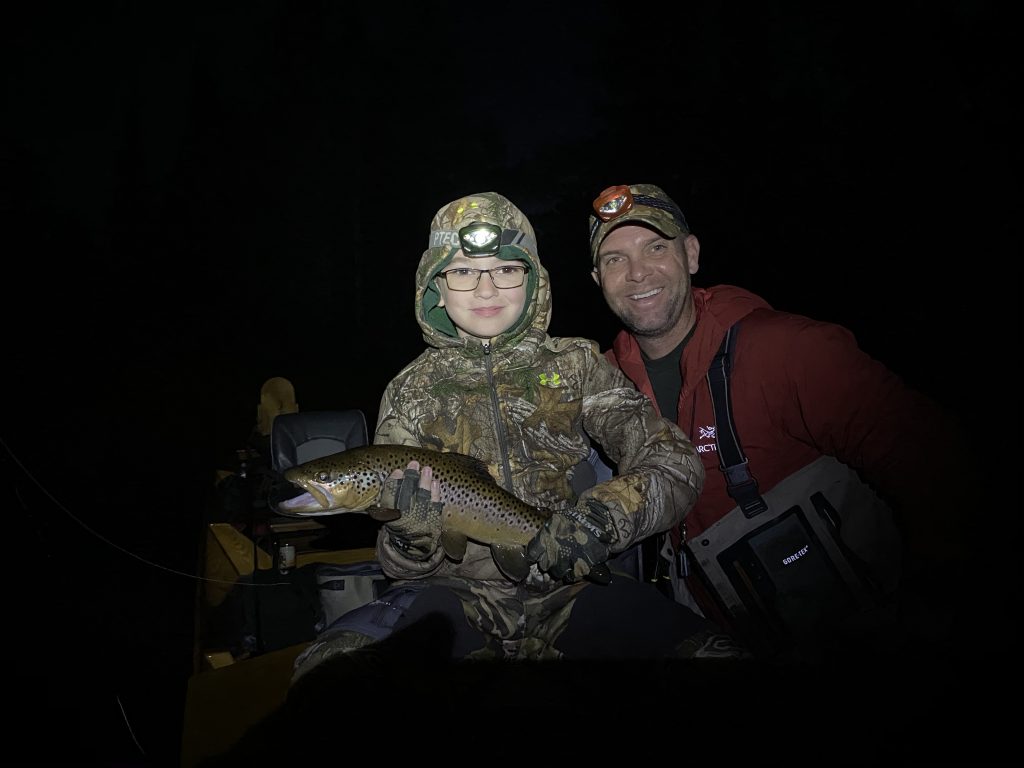 Looking ahead, there’s still a little night fishing to come…but for the most part that season is winding down and is at the whim of the overnight lows.  Within a week or two the night fishing season, and much of what we think of when we think of summer on the Au Sable, will be over.  The remaining hatches are #20 and #26 Blue Wing Olives, Cahills, and the fall Isonychia.  For streamers, I like brighter flies in the fall (not bright bright, but light olive more than dark olive, or copper more than brown) though you always need to have black.  Sizes 2-8 are the base of my box, but I’ll fish bigger flies if the river is dirtier or I’m in bigger water or simply have big trout on my mind.  These smalls streamers can be fished on floating lines, especially in the wadeable water, and I do best pitching the fly far up into the shallow cover and stripping it back fairly quickly.  This approach requires the angler to cover water.  Pick a beat and go fishing.

Speaking of beats, thanks to everyone that helped us with river cleanup.  We got the river mostly clean, and that’s enough.  Every year we find “new” junk that has been in the river for years.  The cumulative effort results is a beautiful river that becomes even more obviously worth protecting. 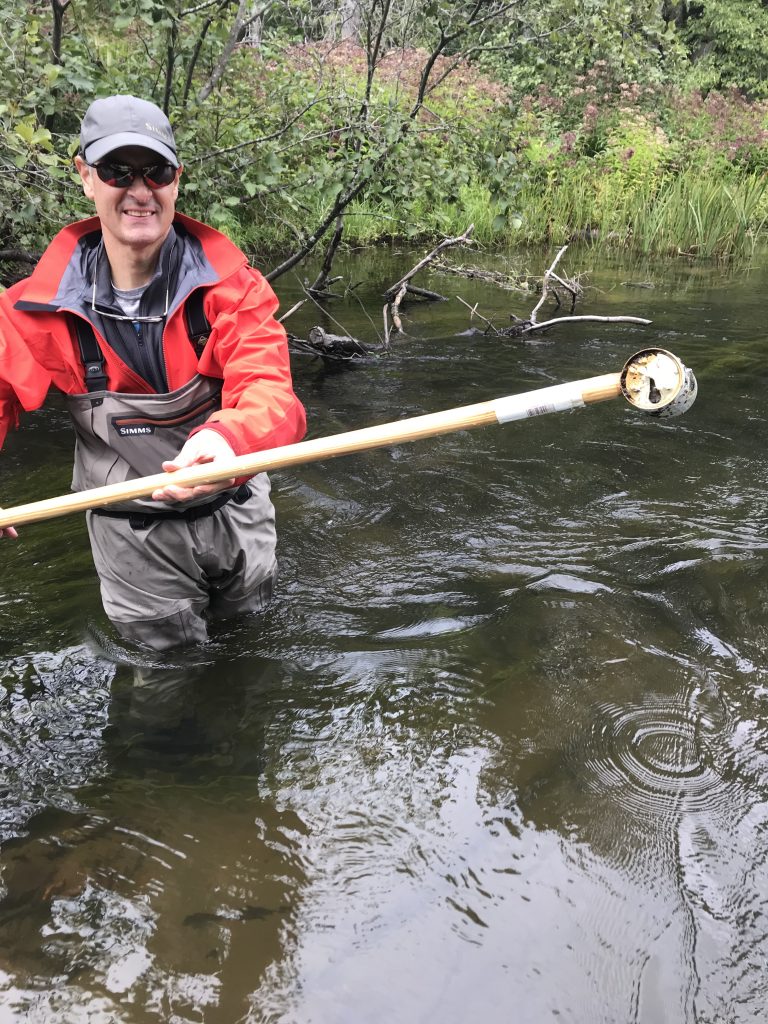