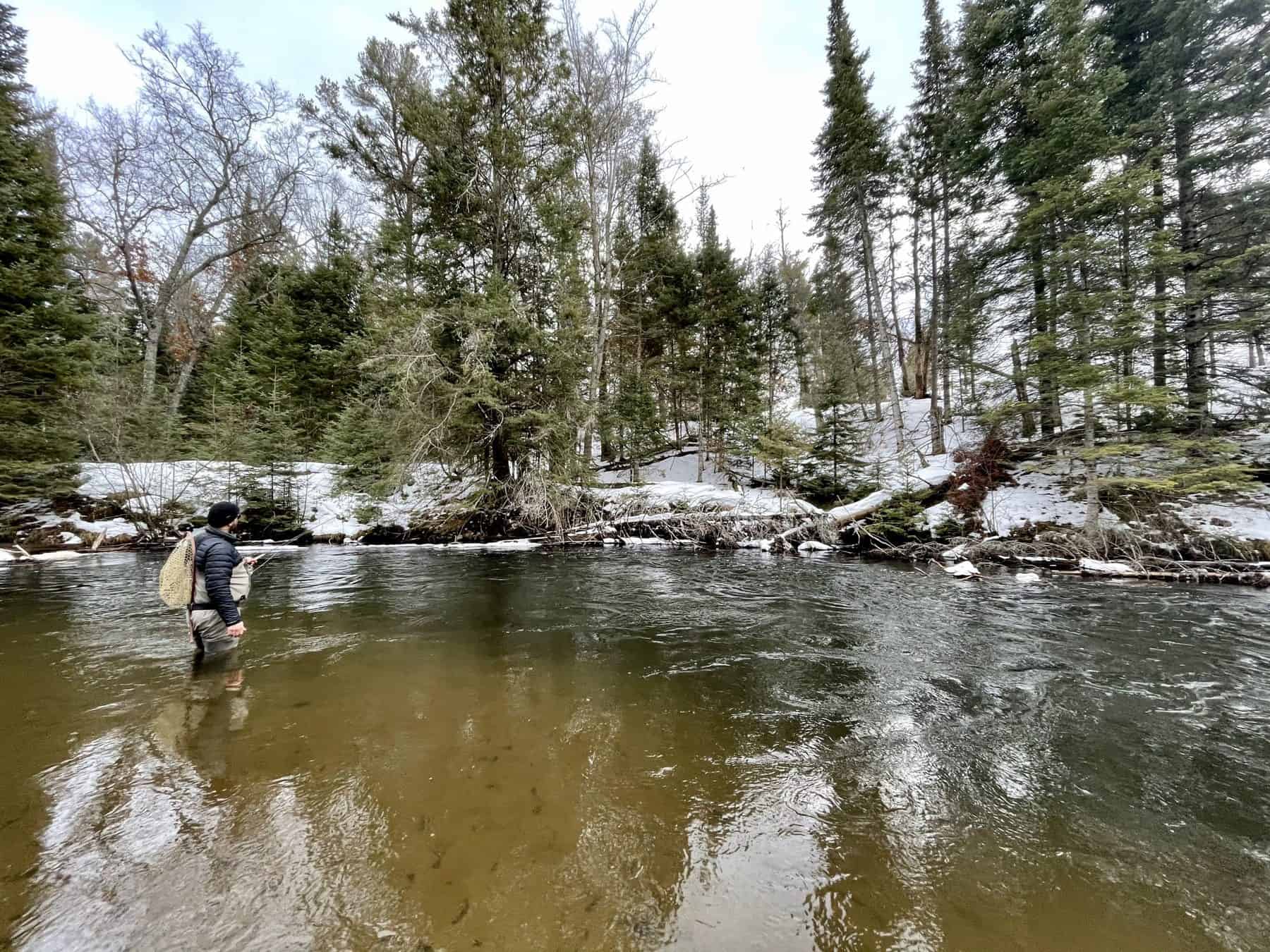 Fish enough, and you’ll see some weird things.  Today, one of Matt’s boat-mates hooked a three-foot floating weed with his streamer.  While the streamer/weed combo was being retrieved — presumably with frustration — a huge trout gave chase to the mess, swirling and hovering, before fleeing.  Weird.  Cool.  And today, about that same time, I was wading upstream toward a favorite few pools, and I came across a, well, a school of trout darting around a very shallow muck flat.  There were about a dozen of them.  They were so shallow they were leaving wakes.  I watched them for a bit before deciding I might as well try to catch one.  I flicked a fly out — just a generic nymph —  and one of those trout came over and ate it.  I hooked and lost the fish.  At first I didn’t care.  And then, later, I did.  What kind of trout was it?  Looked like a brown…though I usually see brook trout acting that weird in the winter. 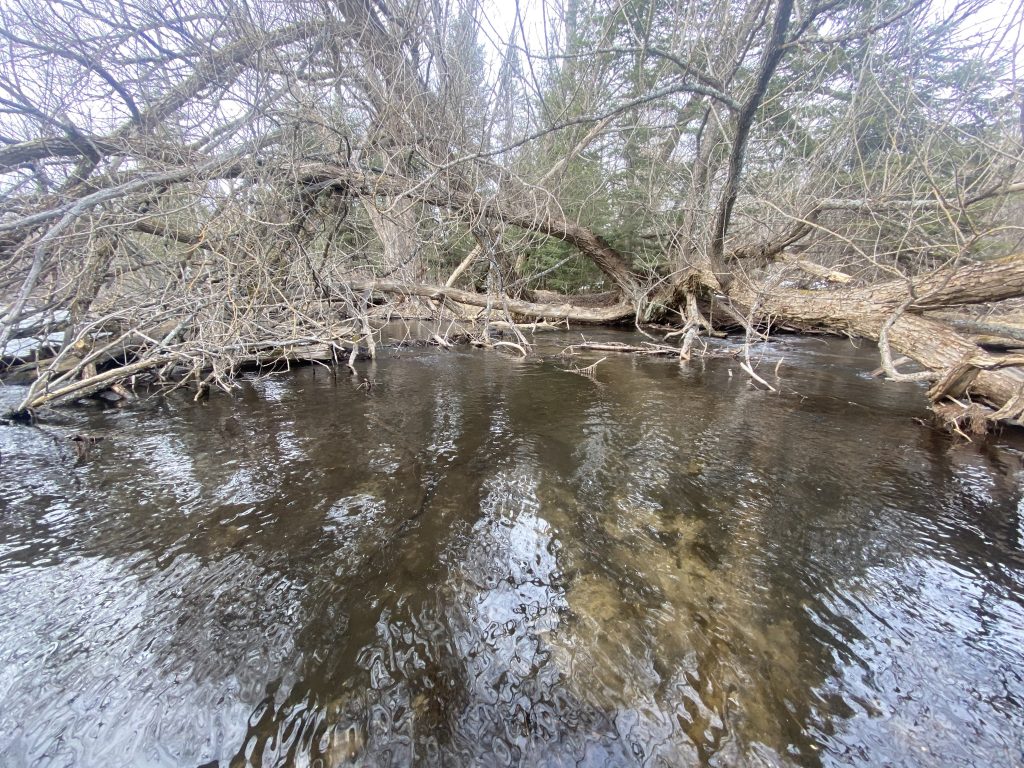 The muck flat where things got weird

It’s been a pleasant couple of days along — and in — the river.  The snow is beginning its retreat, and this retreat will be aided by highs in the 50s next week, and then a warm rain, before the temperatures fall again.  At some point the river levels will rise.  It wouldn’t be spring without a little bit of high water.  That will probably happen next week.

With run-off comes some variety.  The trout move into the middle of the river.  They feed in shallower seams.  They chase brighter streamers.  We will likely see the first black stones this weekend and early next week.  It’s not much but it’s something, and it gets the food chain moving.   Lately we’ve been doing well on smaller nymphs — size #14 – #18 — and bigger streamers.  You don’t catch a lot of fish this time of year — and less so in the high water — but there are good trout on the feed in March. 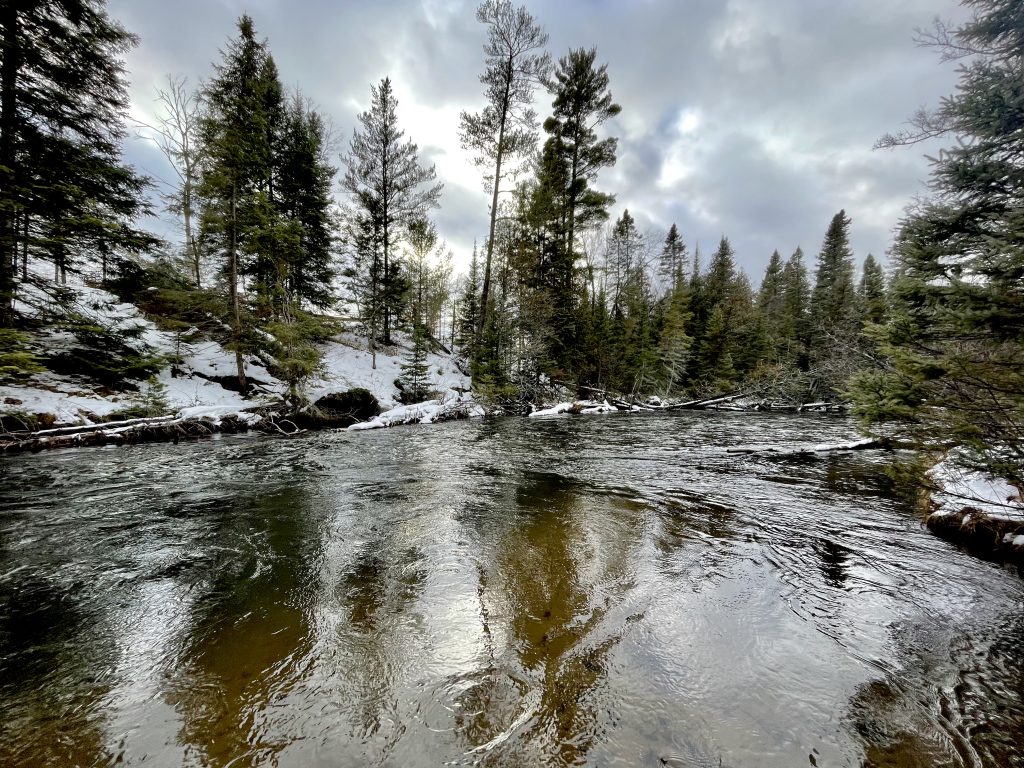 We are ramping up for spring.  It’s time to get ready!  The snow melts, and reveals things you kind of forgot about and might have preferred to keep on forgetting about.  A trailer that needs to be fixed being an immediate example.  But I’m sure I’ll find others that are, for now, welcomingly hidden.

I wanted to tie an easy, good fly this week.  If you are new to fly-tying, or new to tying dry flies, this is a great fly to have in your box, as well as a great platform to build off of (sub dubbing or deer hair for the body, do a stacked hackle instead of a clipped hackle, add a CDC wing, split the tails, and so on).  We used to call it a Clipped-Hackle, but then Dennis called it a Half-Round, and now we call it a Half-Round.

Every year we get a cool recapture story or two.  I like this one from earlier this week…and last June!  My youngest had a funny nickname for this overbiting brown trout.  Glad to see this old boy is doing well and hasn’t lost his appetite. 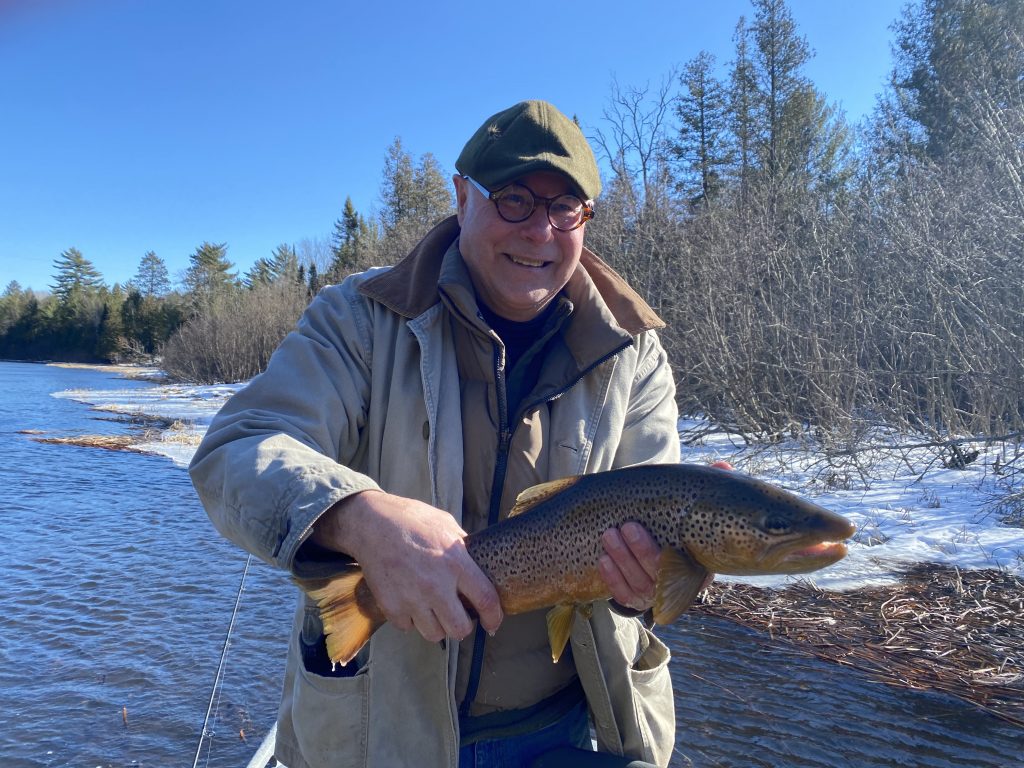 Spring Catalog is in the works…

Don’t get our catalog?  Want it?  Send your mailing address to [email protected]…. Every spring we publish a Gear Guide to fill you in on new stuff in fly-fishing from all sorts of manufacturers.  This year, we have a few funny asides, custom-written descriptions, a modern hatch guide, a new river map from artist Jeff Kennedy, and probably a couple dozen typos.  Well, we try!