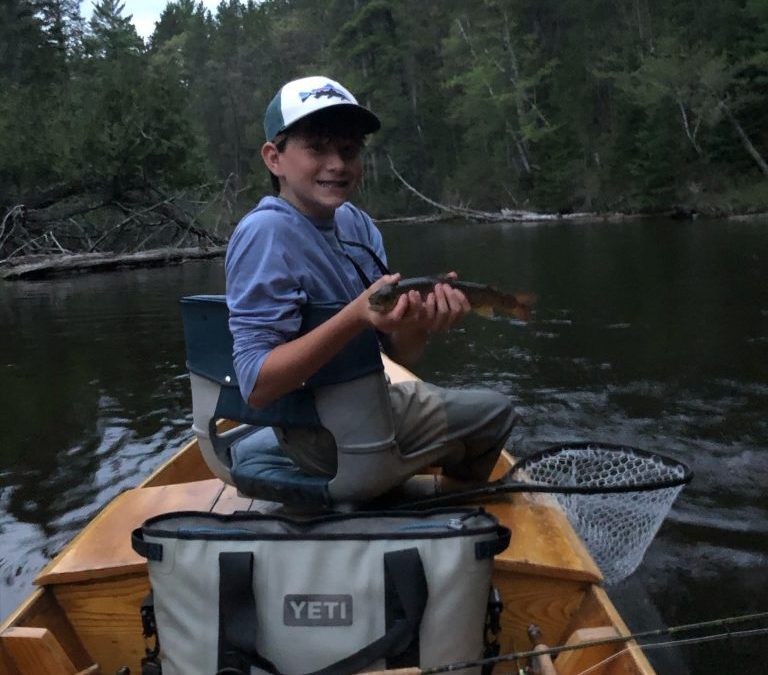 It hasn’t been a very consistent week of fishing.  Yesterday had the unrelenting hot wind pressure of a forced air furnace.  Today was both windy and cold.  Before that, it was drake weather without the drakes.  The little sulphurs have had their moments.  There were a few okay nights of brown spinners at dusk.  But the daytime fishing has, for the most part, been subpar for this time of year…and the evenings have offered only a very small window in which to find the right fly and make the right cast.  The cool forecast will serve to slow the onset of the drakes.  Once the trout get used to the cold, and the wind calms down, there should be some good dry fly fishing in the day.  As the air temperature warms up Sunday and Monday, I expect the evening fishing will become a whole lot more interesting. At some point in all of this, there will be brown drakes.  I know this.  You know this.  And that’s all there is to stay about that. 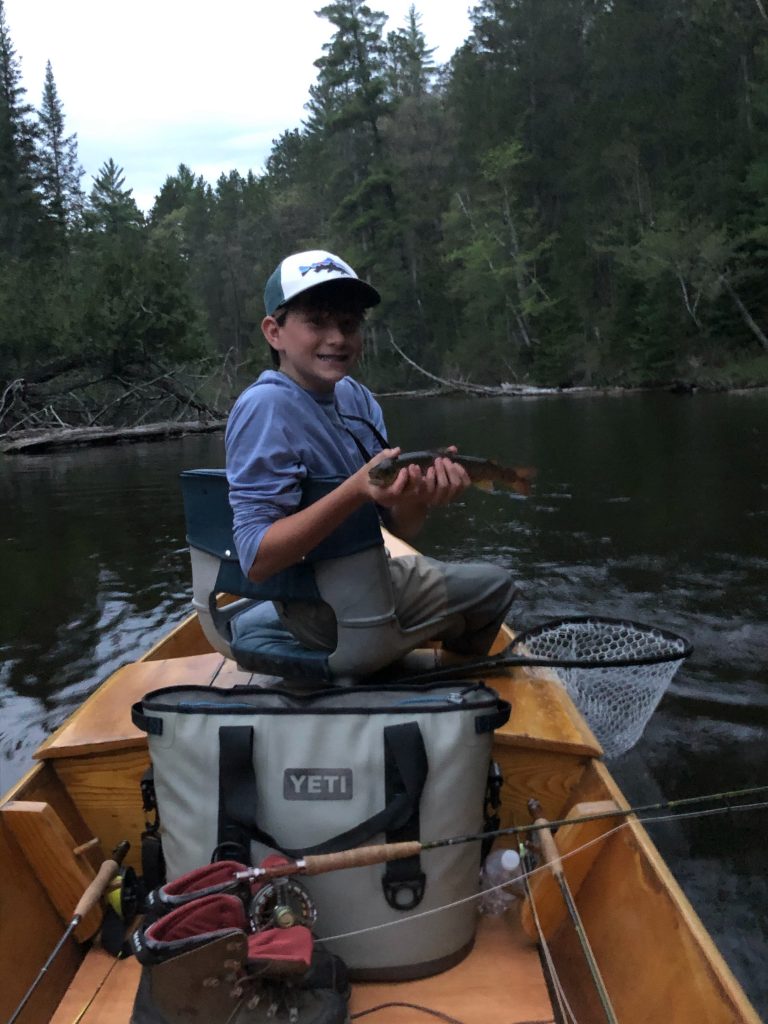 Yep…start there, or somewhere near there.   This is yellow-bug season, and we are on the cusp of big bug season.  March browns, big creamy cahills, two sizes of sulphurs, yellow stones, golden stones, popcorn caddis.  Start to pack along your brown drakes and maybe even some Isonychia.  Don’t forget a few smaller streamers.  Consider a dry and dropper.  Fish very carefully.  When there are bugs on the water, and especially at dusk, become a hunter.  When the conditions are changing, the angler must take what the river gives you and make the most of it. 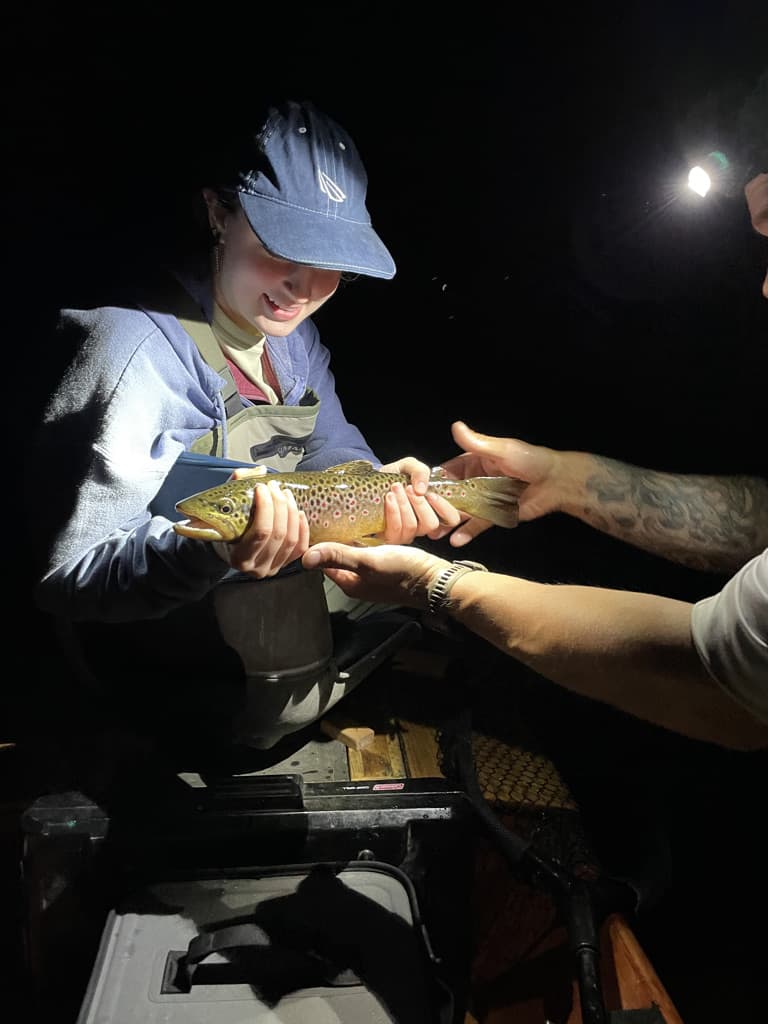 I’ve been focused on what the river is willing to give. I’ve been lucky to find some fishing this past week by keeping expectations low and my enthusiasm high.  My favorite trout was probably the redemption brown that Katy caught right above the takeout, or maybe the giant rainbow she lost moments before.  It might have been two friends’ big secret trout they let me take a stab at last night as the trout ate sulphur spinners in the moonlight.   But that trout that left the splash mark on the log was pretty cool too.

This is an old fashioned Au Sable trick.  A secret rising trout leaves no footprint, unless it’s rising close enough to a log to leave a little wet spot.  If you see such a mark…it’s time to watch.  This trout was feeding on a surprisingly good sulphur evening and I was enjoying working a few pods of medium-sized (and picky) trout when I decided to explore.  Good thing!  Once I saw the splash mark, the rest was just a waiting game.  I could tell it was a good fish, and that it wasn’t eating the little #18 sulphurs.  Maybe the #16.  Maybe the bouncing caddis.  Maybe the yellow sally stones.  It took three fly changes, though I went out of order.  And it took a lot of casts.  Some timing.  When the trout felt Daiichi, it leapt straight into the air.  It was awesome. 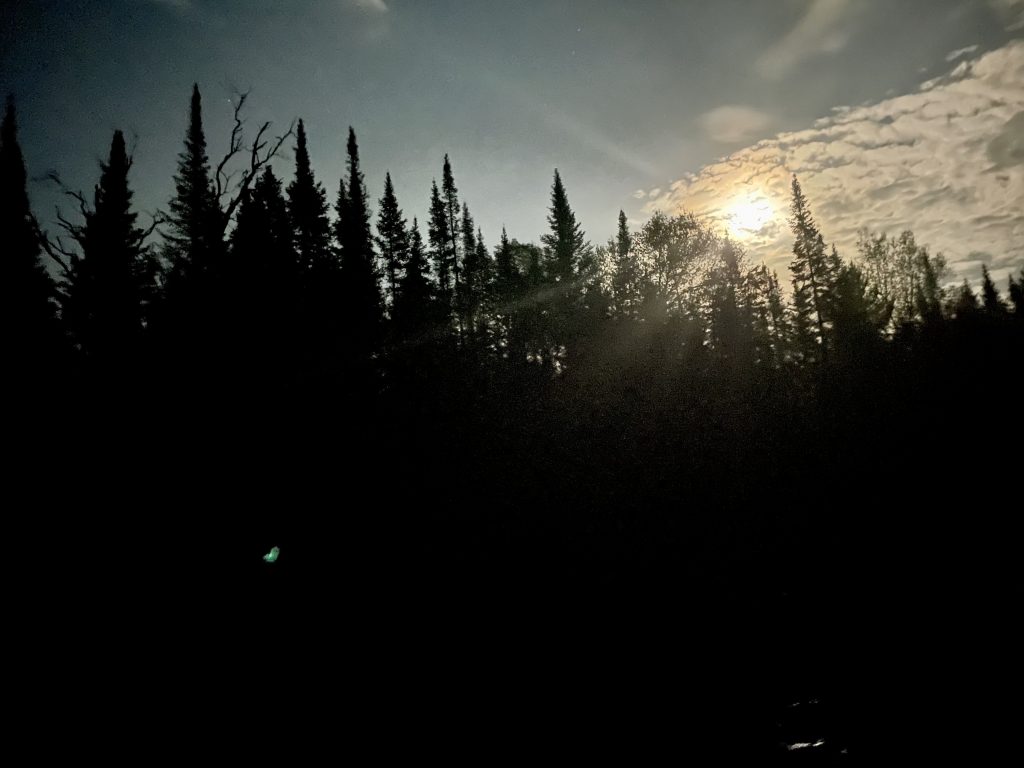 What all these memorable trout from the past week had in common is that they were easy to miss.  We could have floated past Katy’s nice brown.  And there was no way I would have seen that trout in the moonlight had my friends not directed me there at dusk.  And that splash mark trout would have never been caught (by me at least) had it not been foiled by the very log it calls home.  The river is low and clear, and has been low and clear, and any trout making a habit of rising right now is doing so as subtly, and secretively, as possible.  My advice is to fish very carefully and, if there are bugs on the water, even MORE carefully…and enjoy the much different game of late May before we turn toward the more predictable fly-fishing of June. 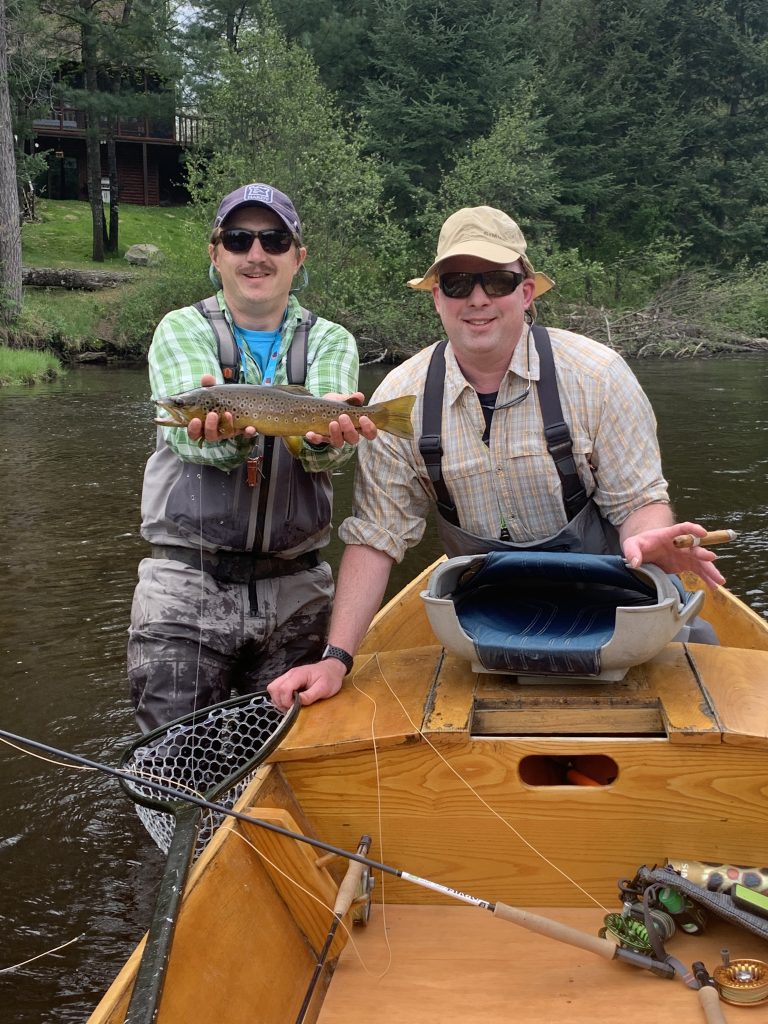 Got stuff you don’t need…Mason Griffith TU would love to have it!

Looking for any hunting and fishing equipment that can be used to raise money at a future “garage” sale.   Includes everything but guns (though if you want to give away any side-by-side shotguns, I’m interested!).   This will be a great and fun couple of days.  Questions can be emailed to:  :  [email protected]