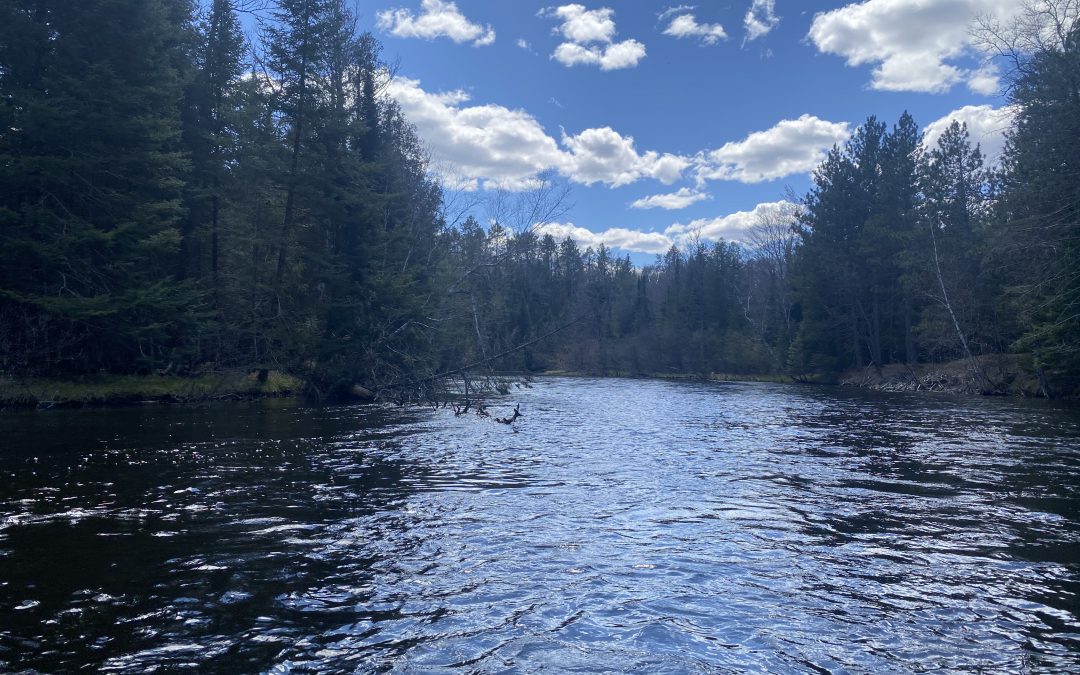 I love dock/big fish stories.  Here’s one.  My friend Curtis was scouting out a new six-weight down at the lodge dock.  The weather was pretty sleety, but by Plumber Dan’s calendar, it was a “black fish day” — meaning we had high hopes, despite the sleet.  Anyway, Curtis was whipping around that six-weight and I came down to see how it was going.  As we stood there chit-chatting, I saw significant movement beneath his feet.  Two big browns were swirling in less than ten inches of water.  They were quick, dark movements.  Less “lightning-fast”, and more nefarious, dark, and purposeful.  The longer of the two, twenty inches if he was a foot, came away with a brook trout sideways in his jaws.  He swam slowly upstream with his prize.  The shorter brown slunk away downstream.

“Did you see that?” I said.  I might have yelled and cursed too. 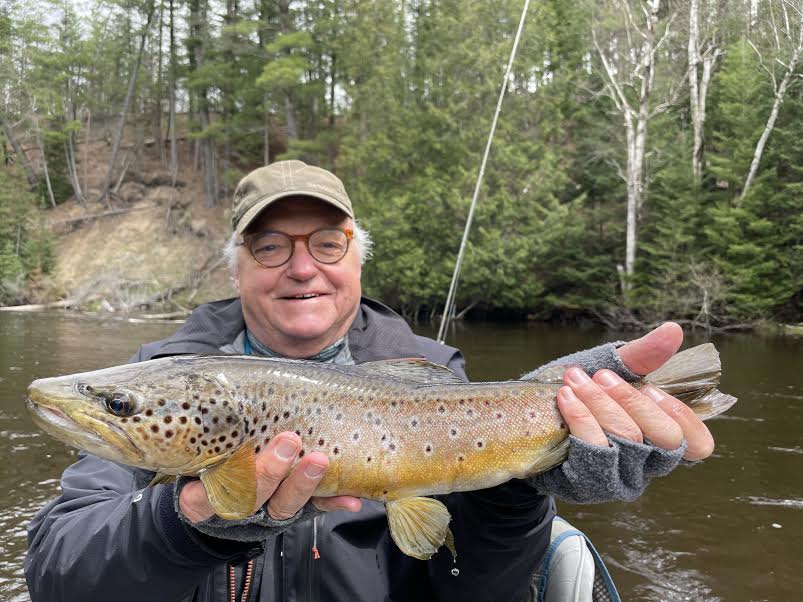 Mike with a great trout on a coldweather float with Steve

The forecast is perfect.  The bugs, the river flows are spot on.  It’s going to be a great ten days on the Au Sable (maybe longer, but that’s as far as my phone forecast reaches).  The last of the hendricksons, the Borcher’s Drakes, the size 16 sulphurs (or light hendricksons, if you will), the mahoganies, the yellow stones, the thrashers, the big golden stones, the black caddis, the popcorn caddis, the…  It’s May, the rivers aren’t flooded, and the trout are rising.  I don’t know if it can get much better. 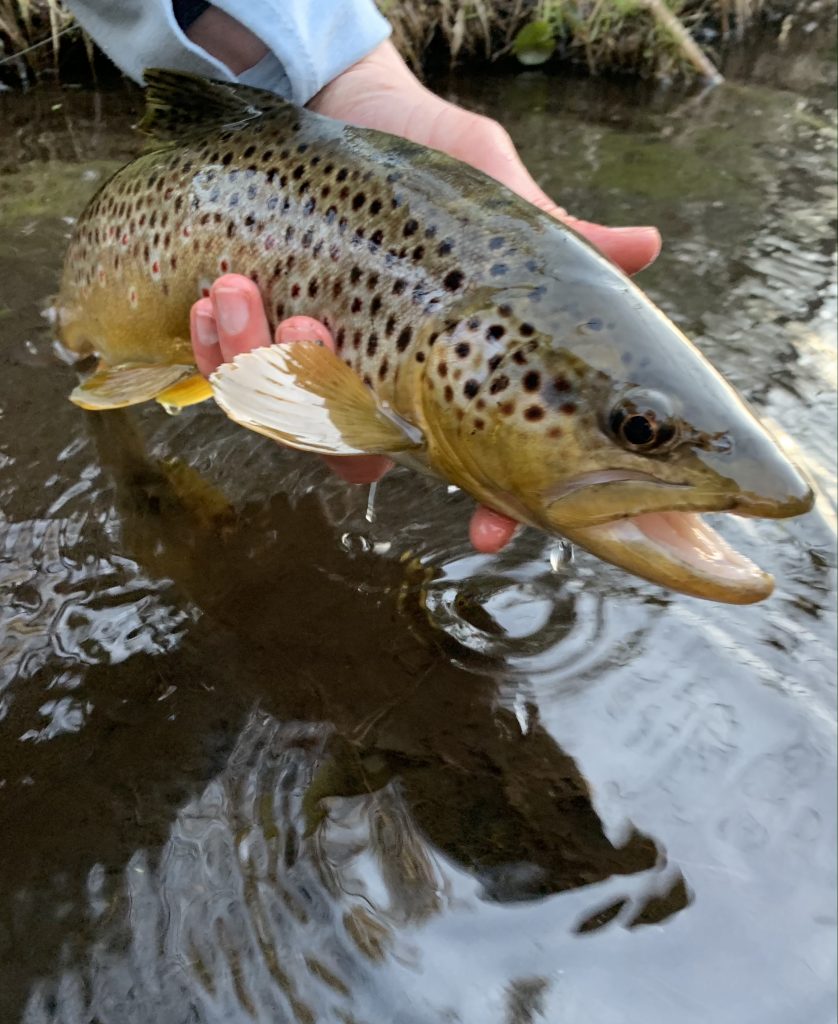 A nice dry-fly trout from today

I got to spend a day on the river today.  The first half was with a friend who won a donated trip years ago.  Today, after floods and a pandemic, we finally got to go fishing.  Frankly, I’m glad it was today.  We had four hours of rising trout.  A spurt of caddis, followed by sulphurs, which, in their yellowness, hid the more prevalent, and more important, mahoganies.  Our best rig was a double dry rig with a yellow Wonderbug in front, and a mahogany Usual off the back.  We found the fish on the sunny side of the river, rising in pods.  He fished cane almost the entire day.  It was a mighty pleasant afternoon.

This evening seemed a tad cold, a bit windy, but my oldest and I decided to try to find an evening rise. We set up on a historically good bend, and we chit-chatted about school and such.  You know, river bank stuff.  And then a giant trout rose.  It rose right in front of a stick, as they do, that protruded upstream of the log jam on the far bank.  It was about 8:30 pm.  The first brown bug spinners (the larger mahogany, aka Leptophlebia) were drifting down the bubble line.  It was one of those moments that I want to freeze in time.  That trout sure liked those spinners.  It rose pretty steadily.

“Did you see it?” I said, after the third rise.

There’s more to the story.  But that’s the best part.

It’s going to be a great weekend and week for trout fishing on the Au Sable.  Enjoy it.  And I mean that in the platonic sense.  I plan on enjoying the waiting for the spinners.  The night that it doesn’t happen.  The night that it does.  The fiddle-fudging around with my fly boxes.  The inopportune wind knots.  The tailgate recap.  The ones that get away and the ones that don’t.   This is my favorite week on the Au Sable. 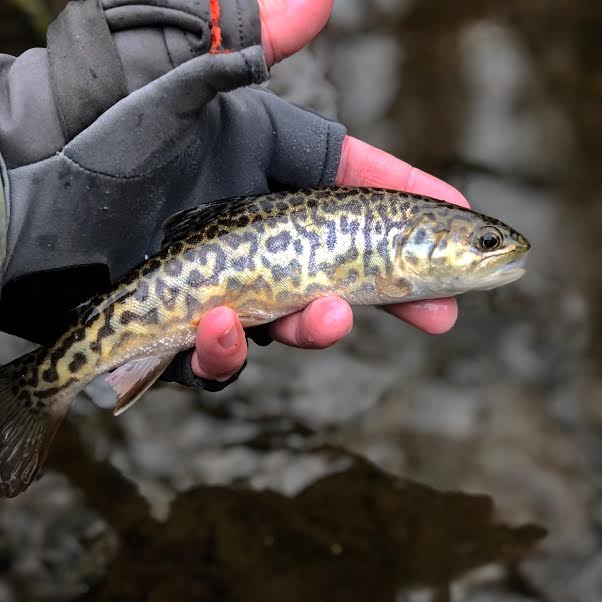 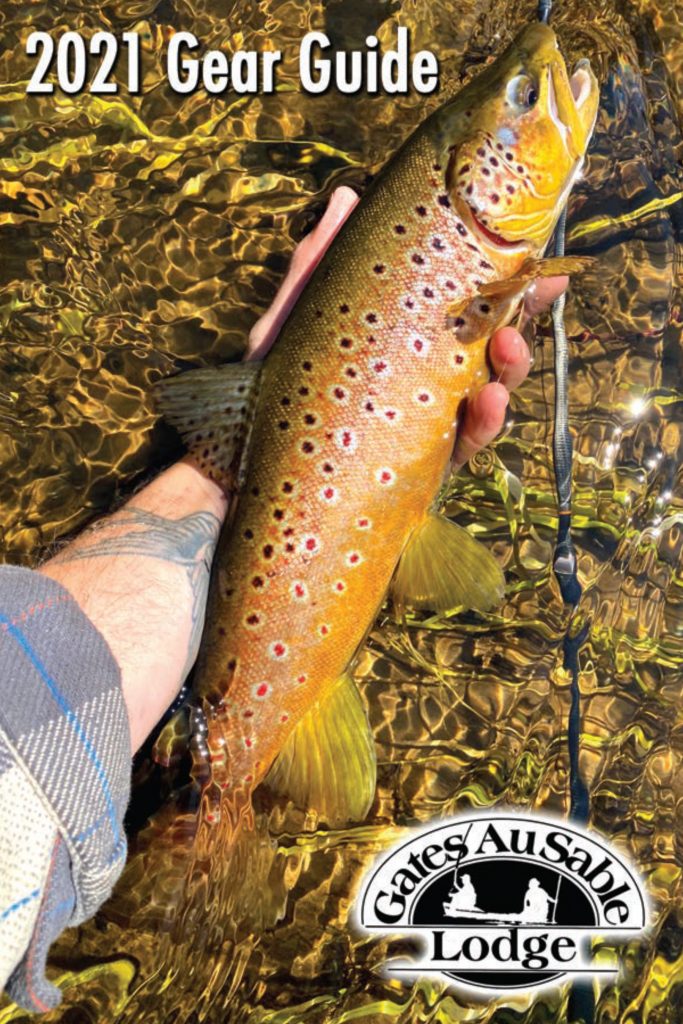